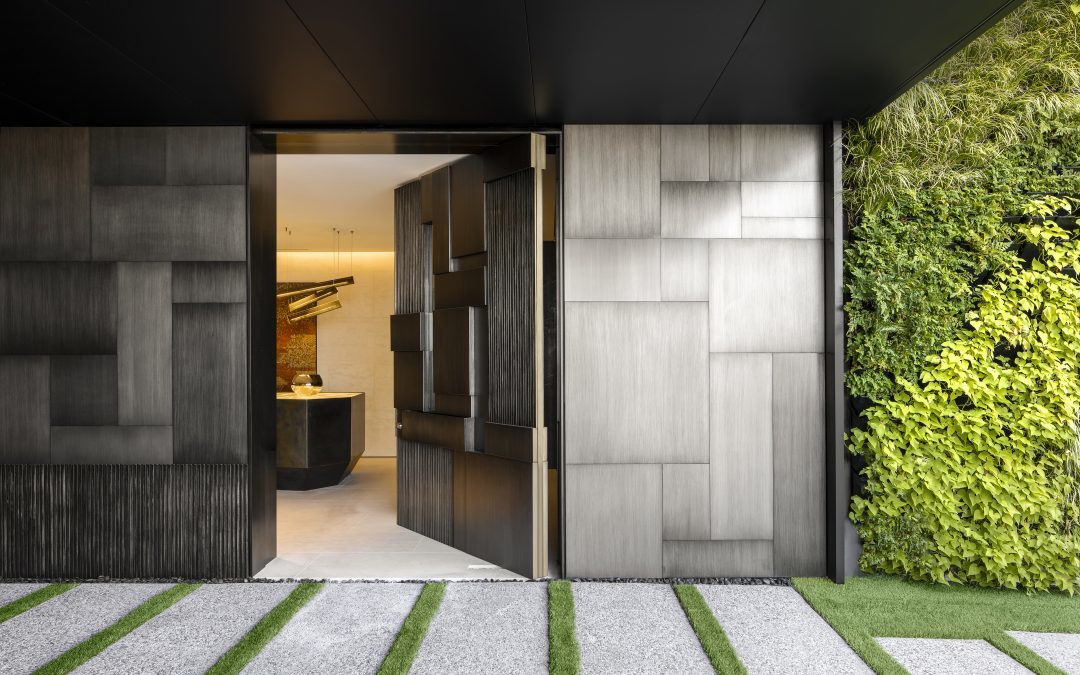 Principles were adopted from the site’s neighbour – Stahl House – and the ground-breaking Los Angeles Case Study Houses, which were built between 1945 and 1966. The generous allocation of outdoor space here maximises the potential of the liveable climate, reconnecting contemporary LA architecture with a somewhat lost aspect of its modernist heritage. 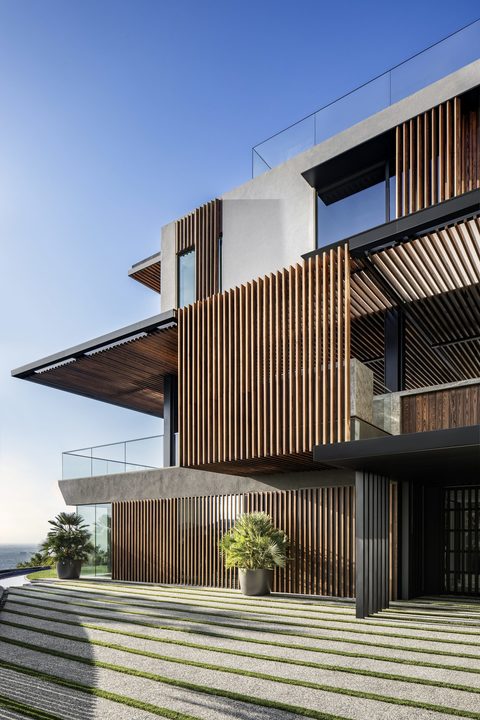 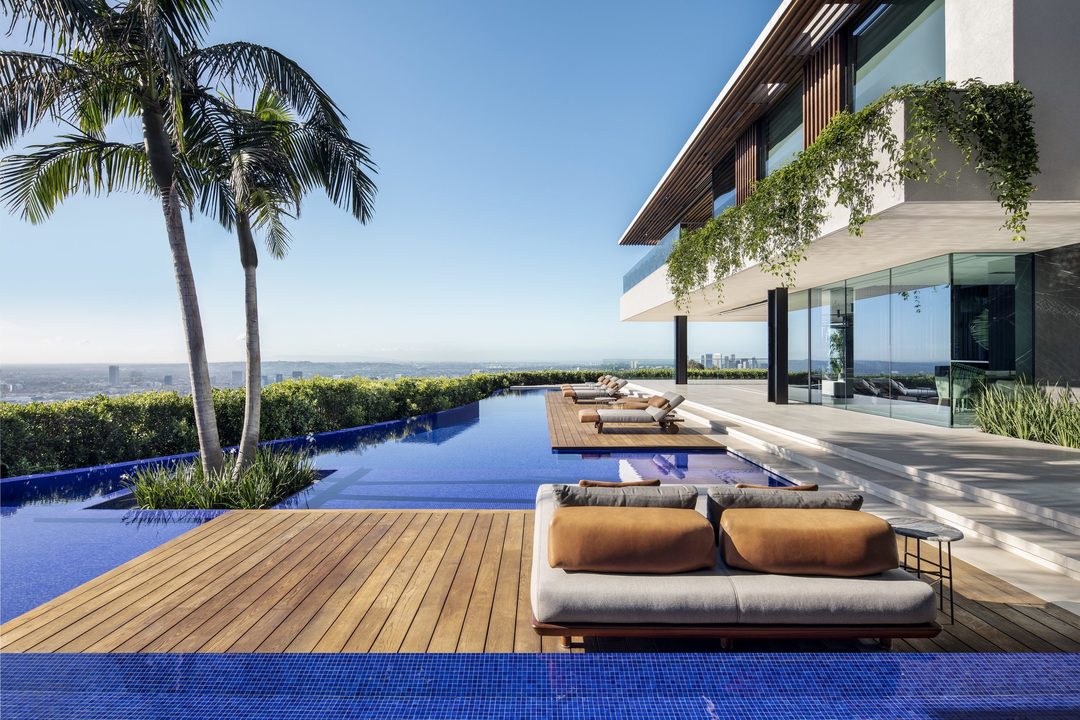 Immediately above Sunset Boulevard in Los Angeles, on a promontory just one over from Pierre Koenig’s landmark Stahl House, this site is a 1 858-square metre estate, featuring 300-degree views over the LA skyline and the city basin below. 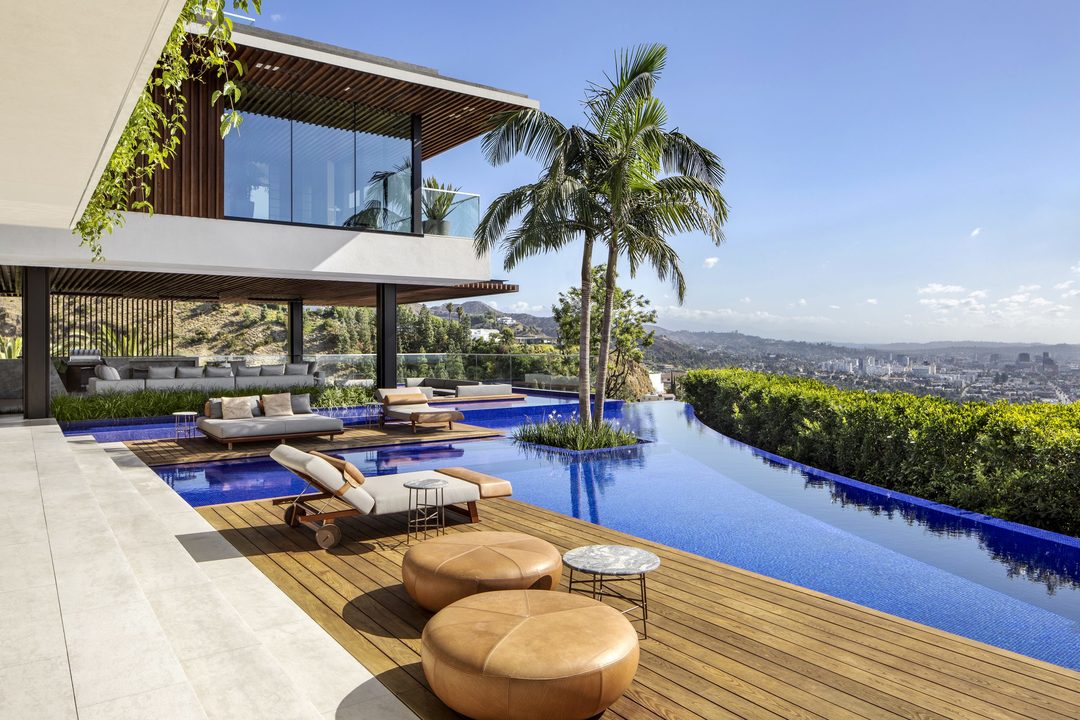 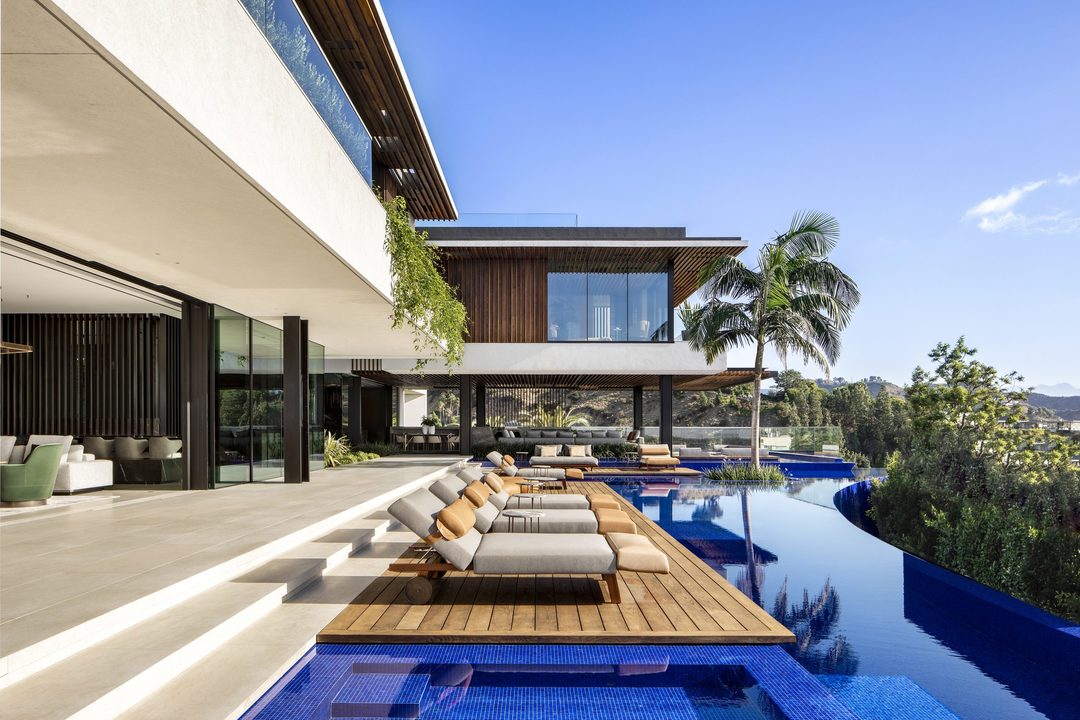 The Stahl House served as a key point of departure. The forms and articulation of the roof planes, which were pushed as far forward as possible so that they could create meaningful external living spaces, set the architecture in dialogue with the iconic silhouette nearby and connected it to the drama of its context. 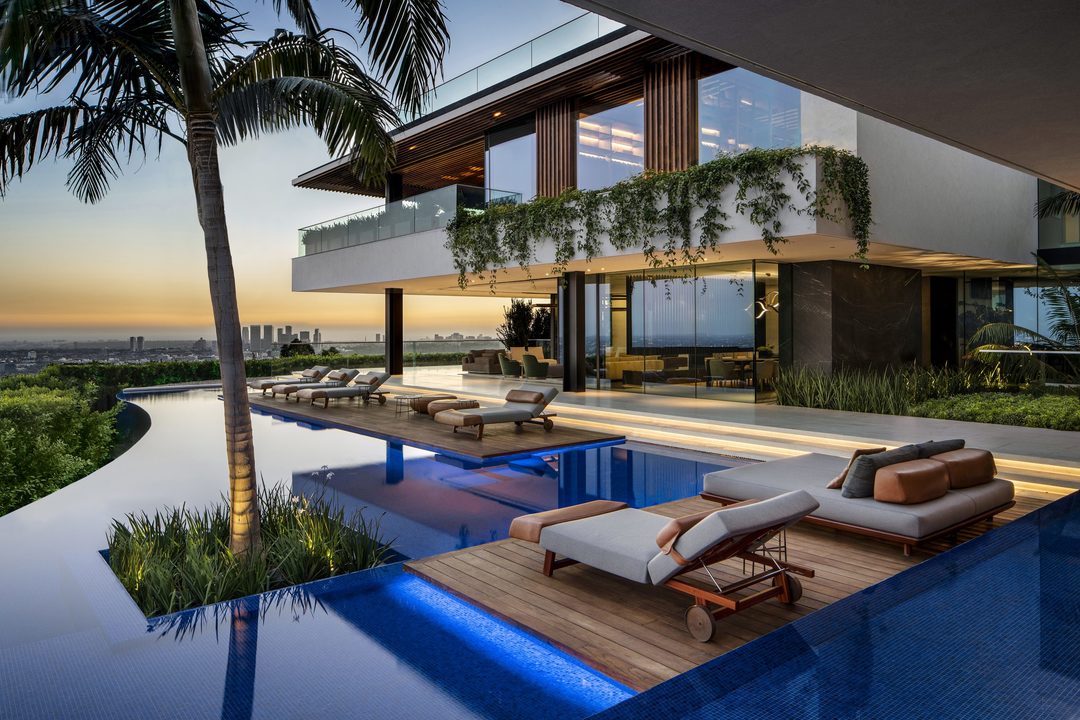 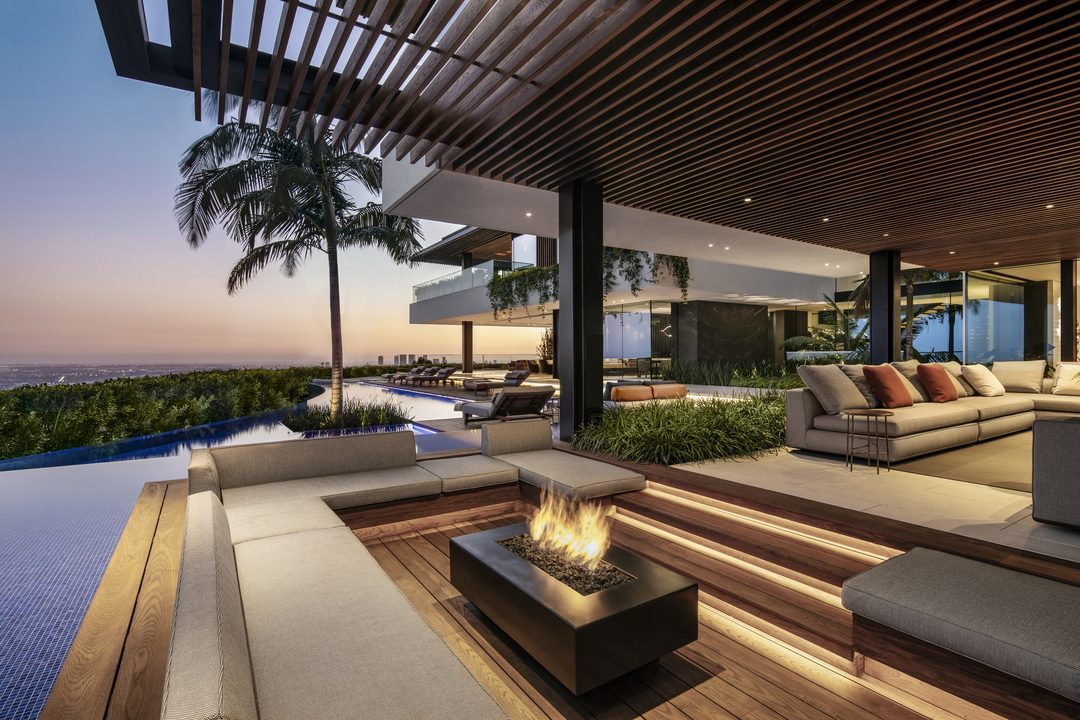 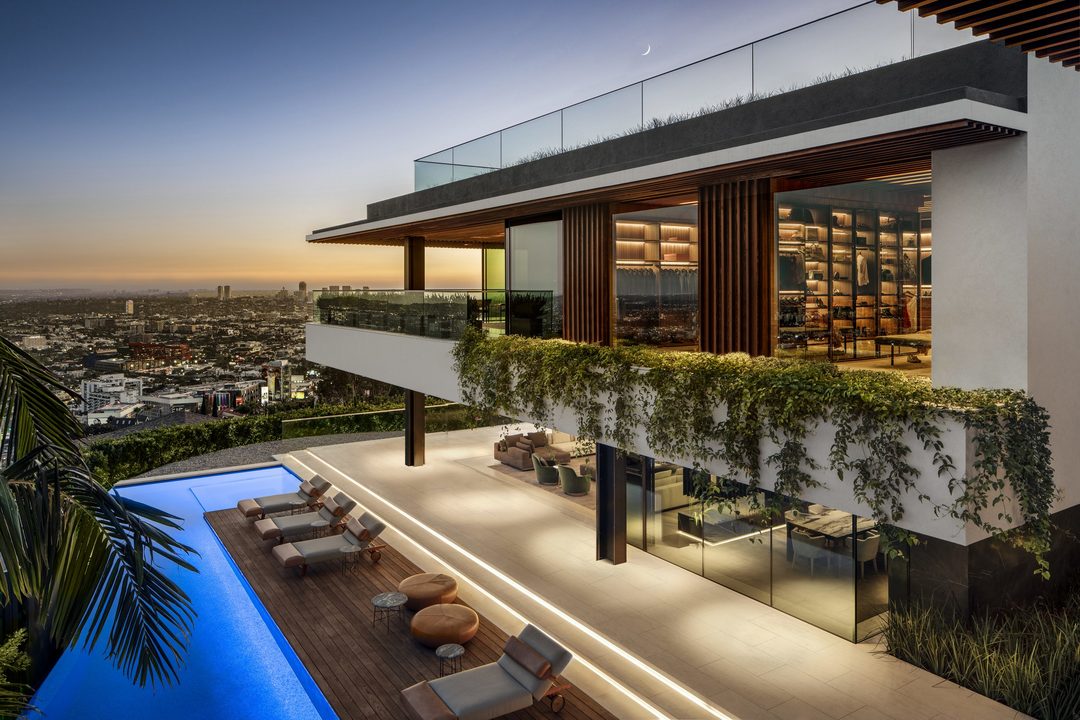 The projecting eaves and soffits create a ‘fifth’ façade. This creates a necessary sense of identity because the wraparound perimeter views require the carefully controlled placement of solid walls and extensive use of glass to maximise the panoramic potential of the site. In this way, rather than defining the architecture with mass walls, definition is achieved through the floating, overlapping horizontal floor and roof plates that curate specific view axes. 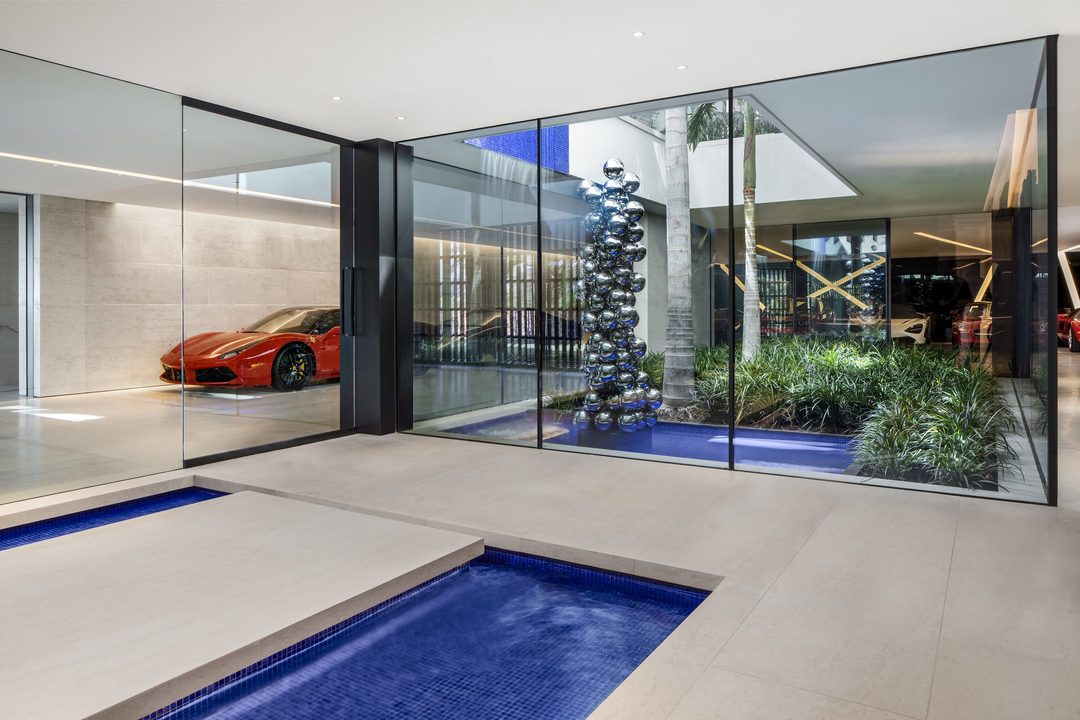 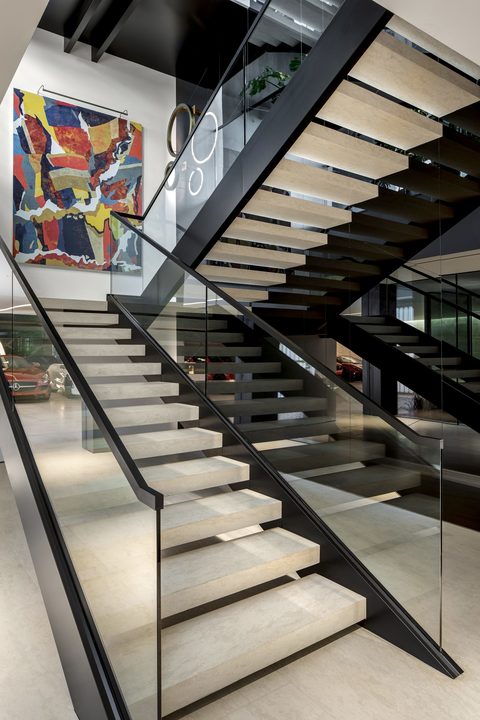 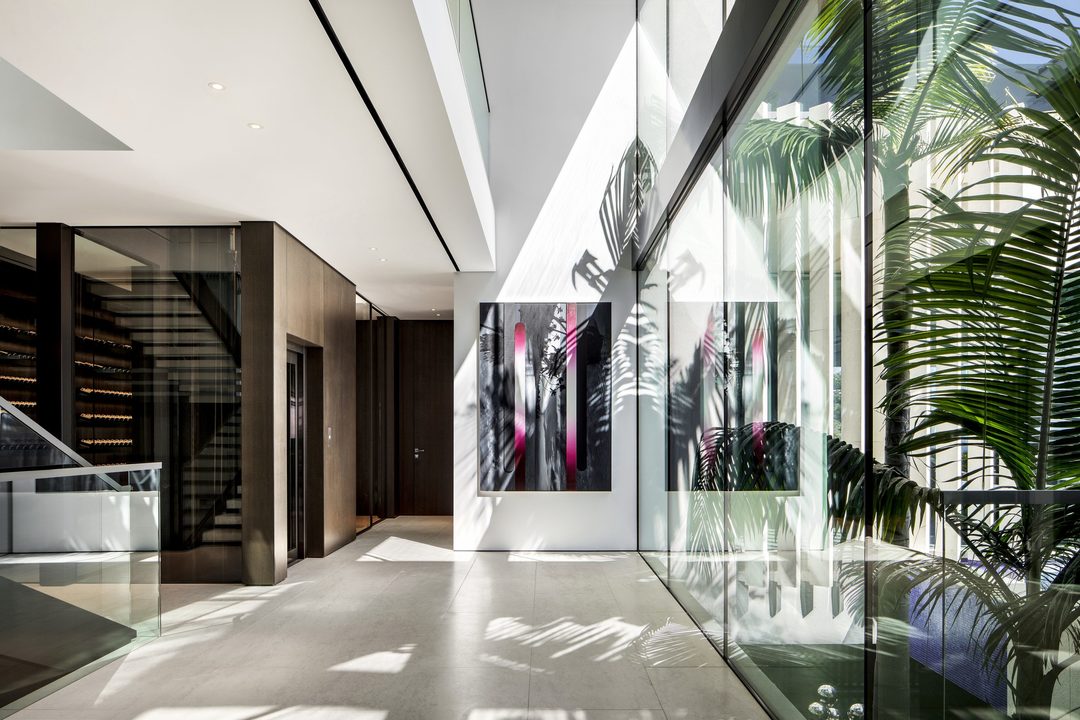 The steep approach from below resulted in a dramatic entrance through a top-lit central atrium – rising via a 12-car underground garage and an indoor waterfall cascading into a courtyard – before surfacing into the centre of the living level in a dramatic moment of revelation as a dead-on view of downtown LA opens up. 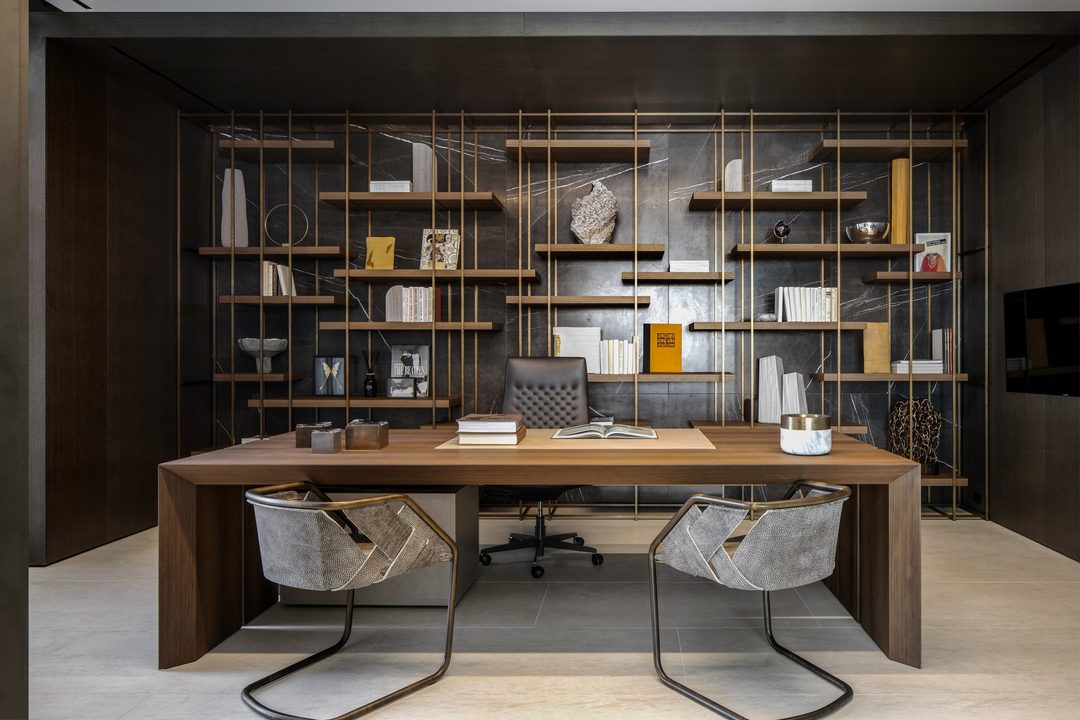 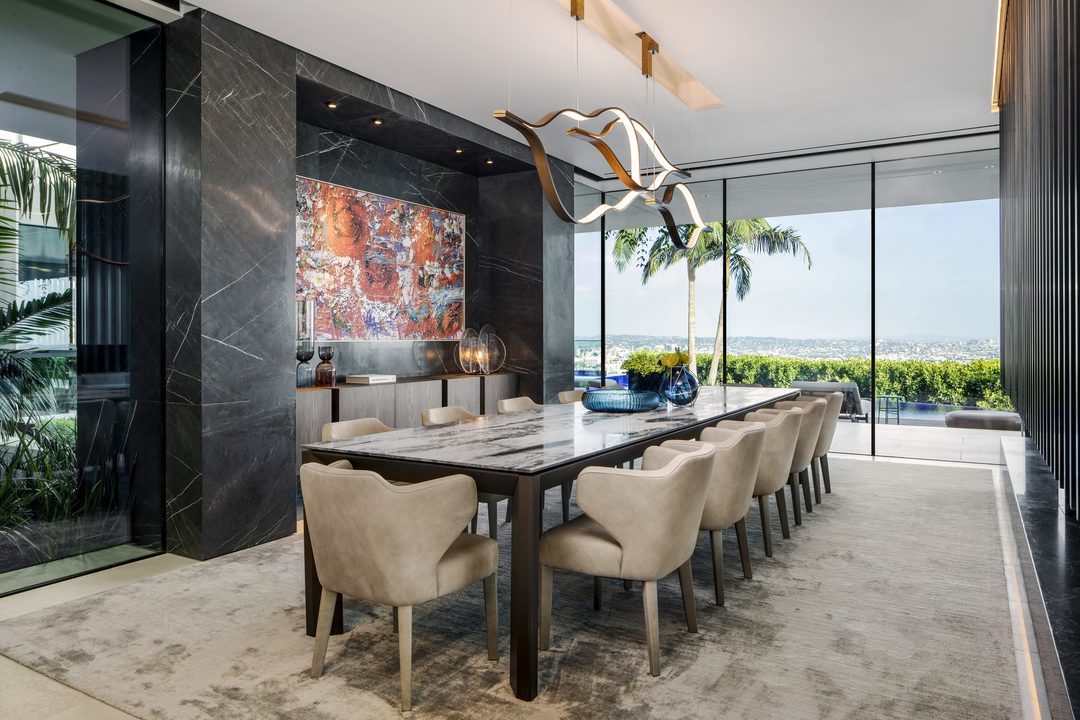 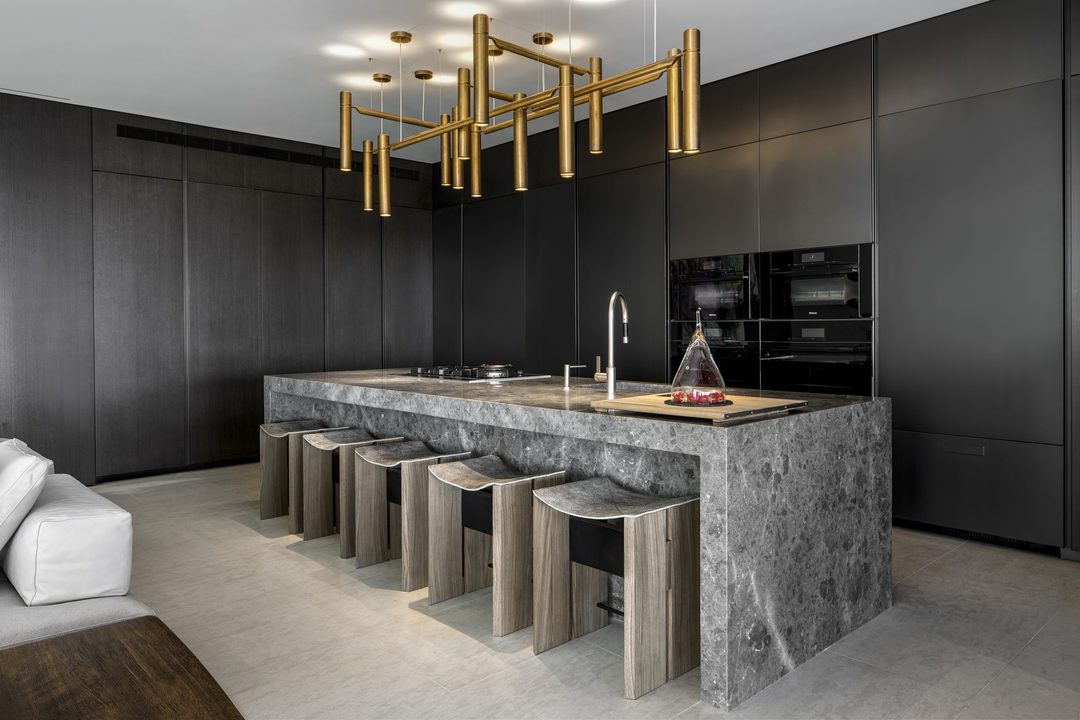 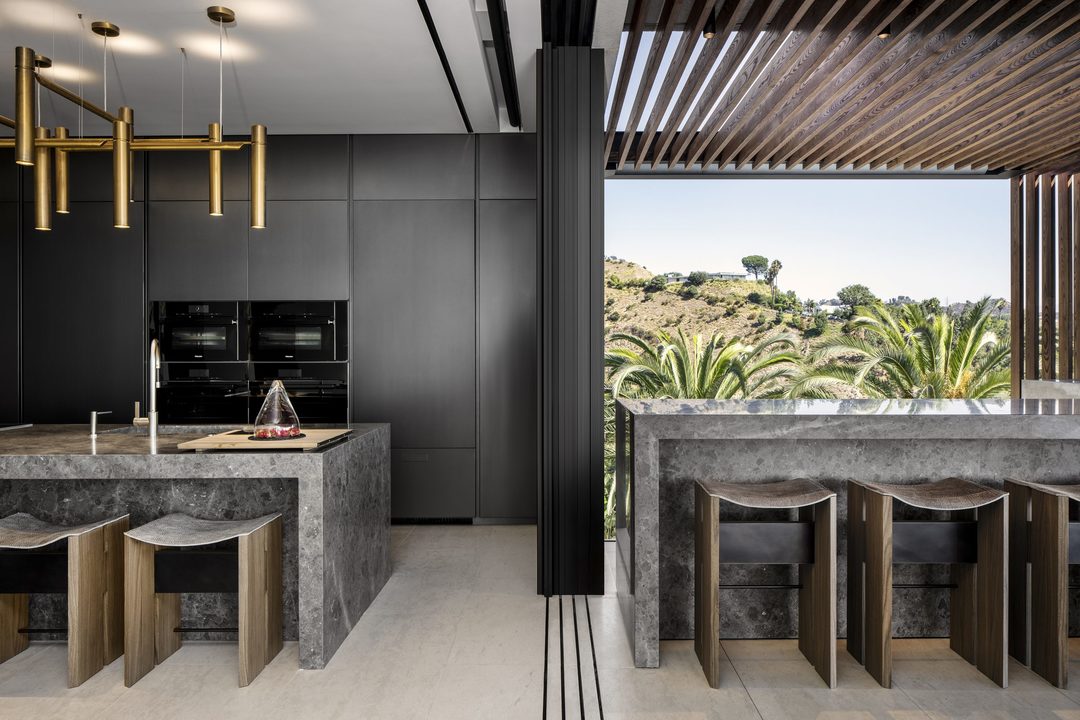 The programme is arranged around this focal view, loosely forming two wings, one oriented east-west, and the other north-south. The largely open-plan interior, in the absence of mass walls, has been articulated vertically and through volumetric changes to rationalise the layout. 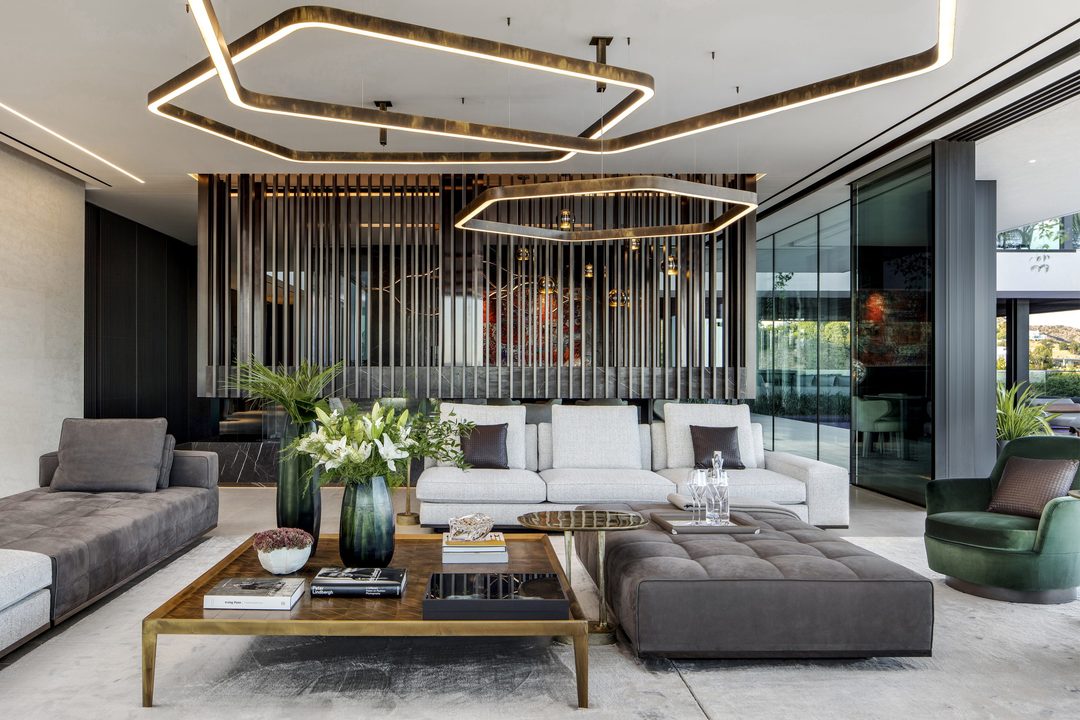 References to modernist construction techniques are picked up in the articulation of the steel columns and the sensuous and tactile use of timber and limestone on the floors and wall, which is carried extensively throughout the interior and exterior detailing. Some of the identifying features, such as the cut-outs in the roof, have been reprised in the detailing of the interior ceilings to add interest. 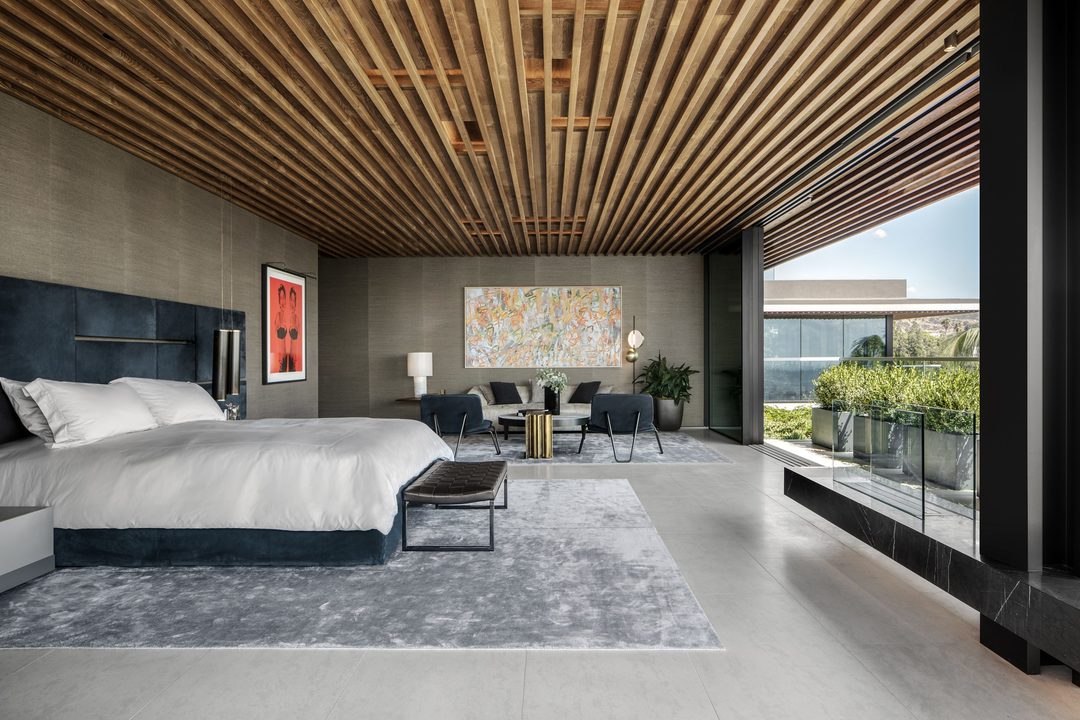 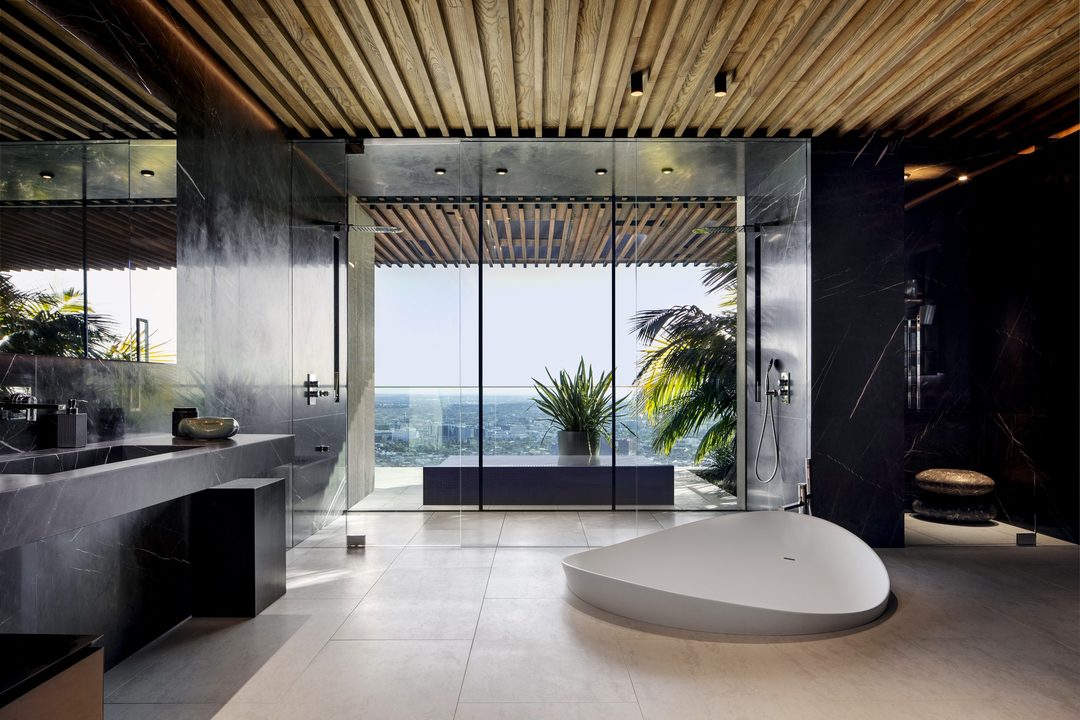 In keeping with the firm’s extensive experience in developing seamless indoor/outdoor open-plan living spaces appropriate to their base in Cape Town, South Africa, where the Mediterranean climate and topography are very similar to that in LA, architectural firm SAOTA conceived a series of living rooms connected to extensive covered outdoor terraces. These outdoor spaces are enclosed by a vast undulating infinity pool and lush landscaping along the perimeter, subtly screening neighbouring properties (and ensuring their privacy) with climbing ficus trees. 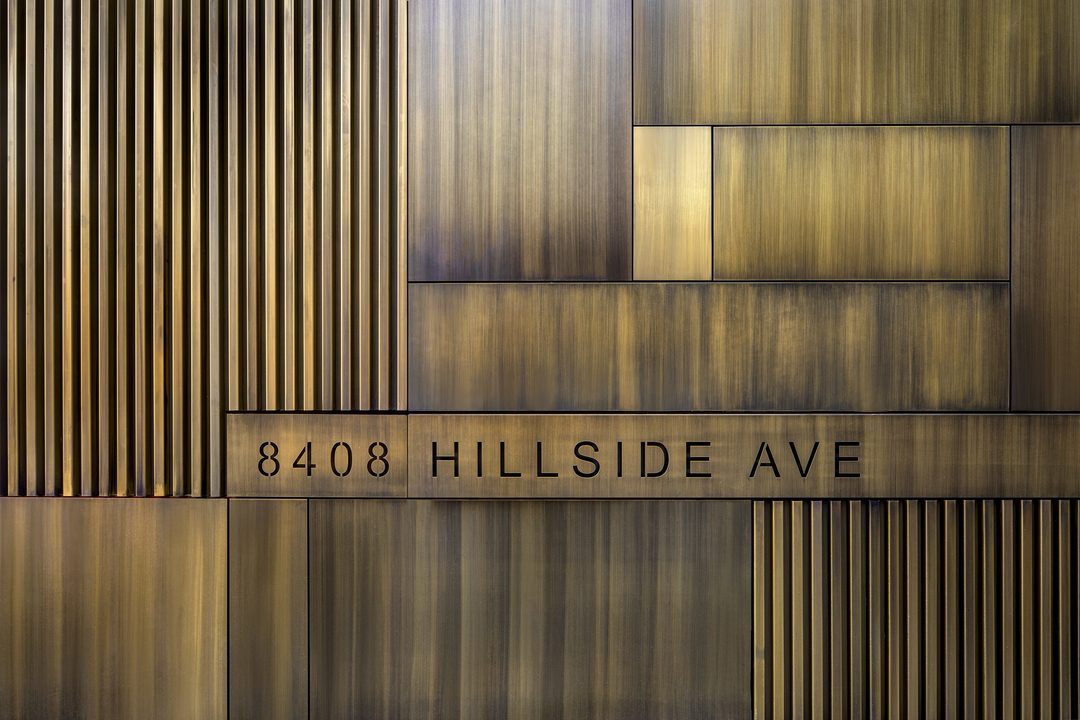