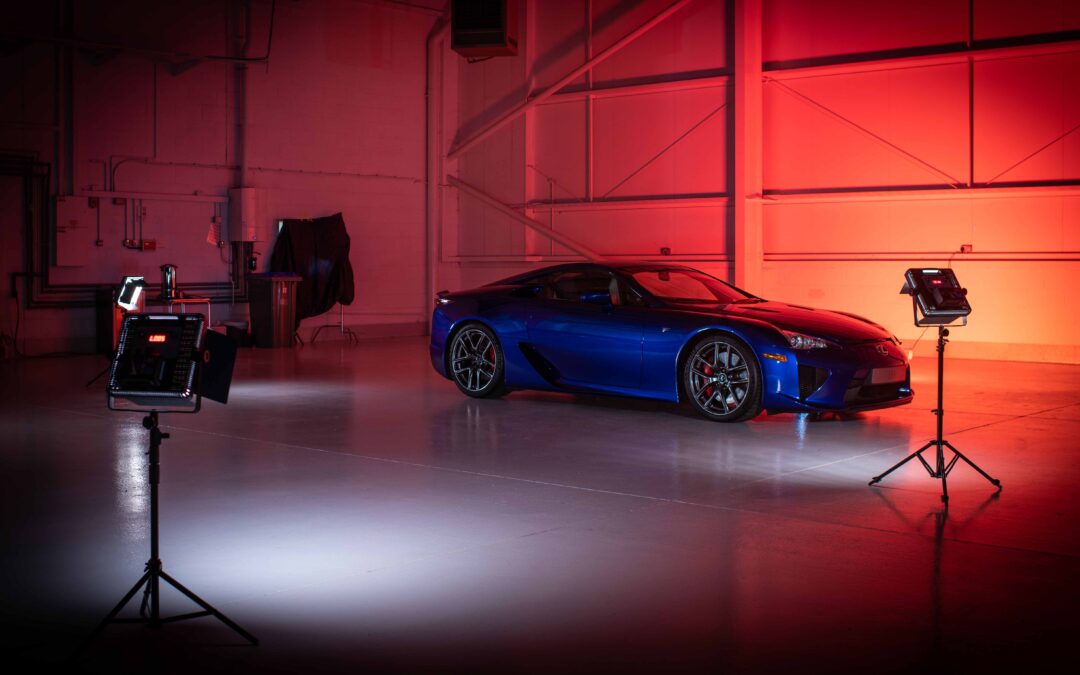 A decade has passed since production began on the Lexus LFA, an authentic supercar that revealed a new aspect of Lexus as a committed and visionary manufacturer of world-class high-performance cars. 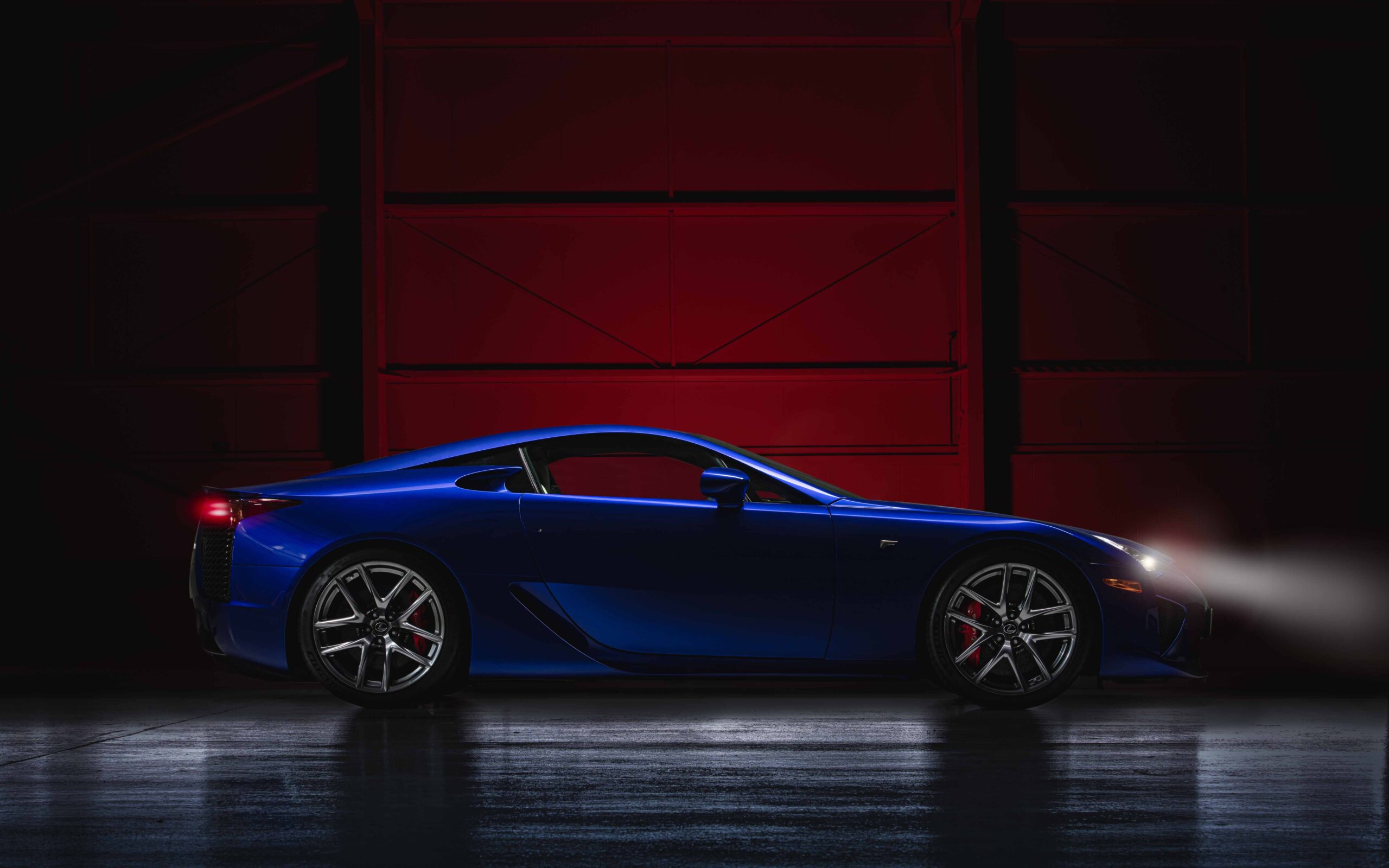 For all its exclusivity and rarity – from the outset, production was limited to just 500 examples – the LFA left a legacy that’s influenced every car Lexus has built since. It pioneered new powertrain and materials’ technologies and exemplified the takumi handcrafted approach to manufacturing and design that has become a brand-defining quality.

The LFA story began in early 2000 as a research and development project to produce a thoroughbred supercar. Lexus Chief Engineer Harahiko Tanahashi was given free rein and the chance to work with new materials and processes. This ‘clean sheet’ approach echoed the way Lexus rewrote the luxury car rulebook with the flagship LS sedan that launched the marque ten years previously.

In 2001 Master Driver Hiromi Naruse joined the team and his skills would prove key to the LFA achieving its handling and performance goals. In the early stages, 500 key assets were identified, from the suspension design to the shape of the steering wheel; every detail had to be perfect. The first prototype was completed in 2003 and a year later was running its first laps of the Nürburgring Nordschleife, the legendary race track that would be the cradle of the LFA’s development, based in Germany. 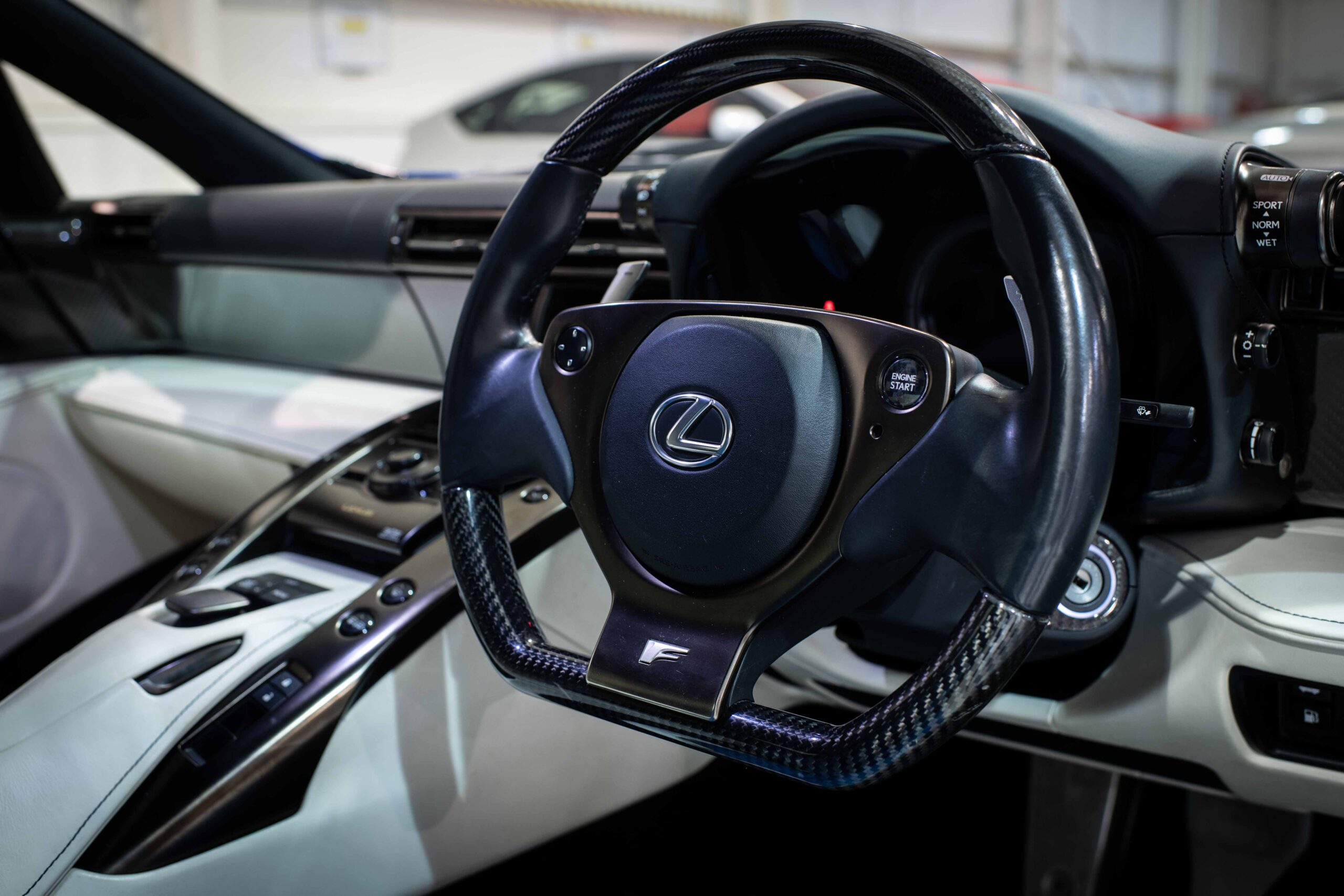 The world had its first glimpse of what Lexus was planning with the reveal of a design study at the 2005 North American International Auto Show in Detroit, USA, followed by a closer-to-production concept car two years later. In 2008 the LFA – still a work-in-progress – made the first of four annual appearances in the gruelling 24 Hours of Nürburgring. This was the toughest possible test of the car’s performance and quality, prior to Lexus confirming its production at the 2009 Tokyo Motor Show.

Manufacturing began, at Lexus’ state-of-the-art Motomachi plant in Japan, at the end of 2010. Such was the dedication to precision engineering, production was at a rate of just one car per day with each engine assembled and signed off by a single technician, complete with an engraved plate bearing the car’s production number. 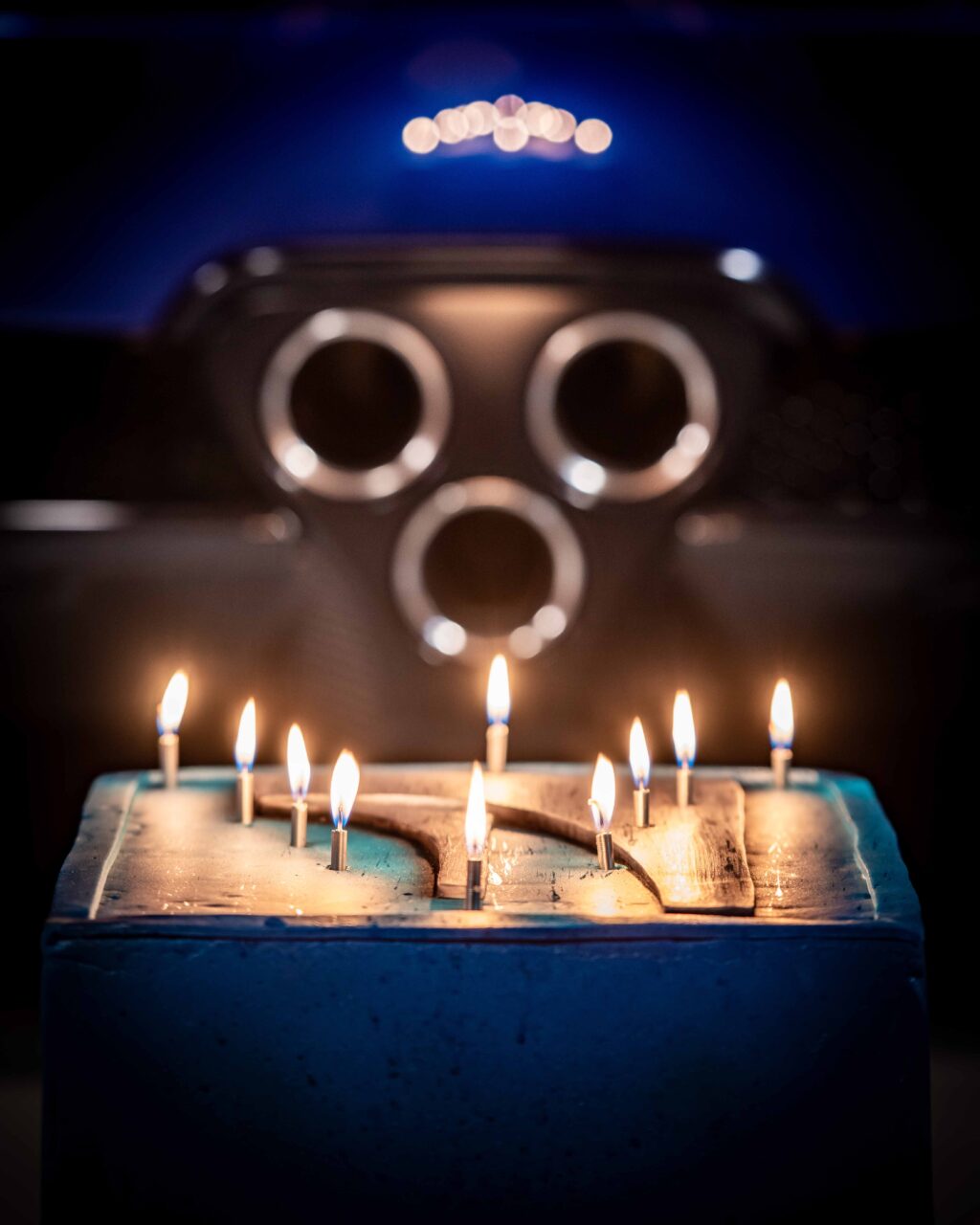 The LFA was rich in revolutionary, little short of amazing features. At its heart was an all-new, naturally aspirated 4.8-litre V10 engine, produced in a joint venture with specialists Yamaha. Even though it was smaller and had fewer cylinders than some supercar rivals, its performance was exceptional, delivering a maximum 411 kW at 8,700 rpm. Front-mounted and driving the rear wheels through a six-speed automated sequential gearbox positioned on the rear axle, it powered the car from rest to 100 km/h in just 3.7 seconds and on to a 325 km/h top speed.

Keeping the car’s weight down was essential to LFA performance, achieved by switching from the aluminium used for the original concepts to carbon fibre reinforced plastic – CFRP. This strong but lightweight advanced woven composite material was used for the most of the bodywork, the passenger cell and the transmission tunnel and has since been used in other Lexus models, including the GS F and RC F, members of Lexus’ exclusive F-performance car stable. Stopping power had to be as effective as the drive, hence the use of high-performance ceramic brake discs. 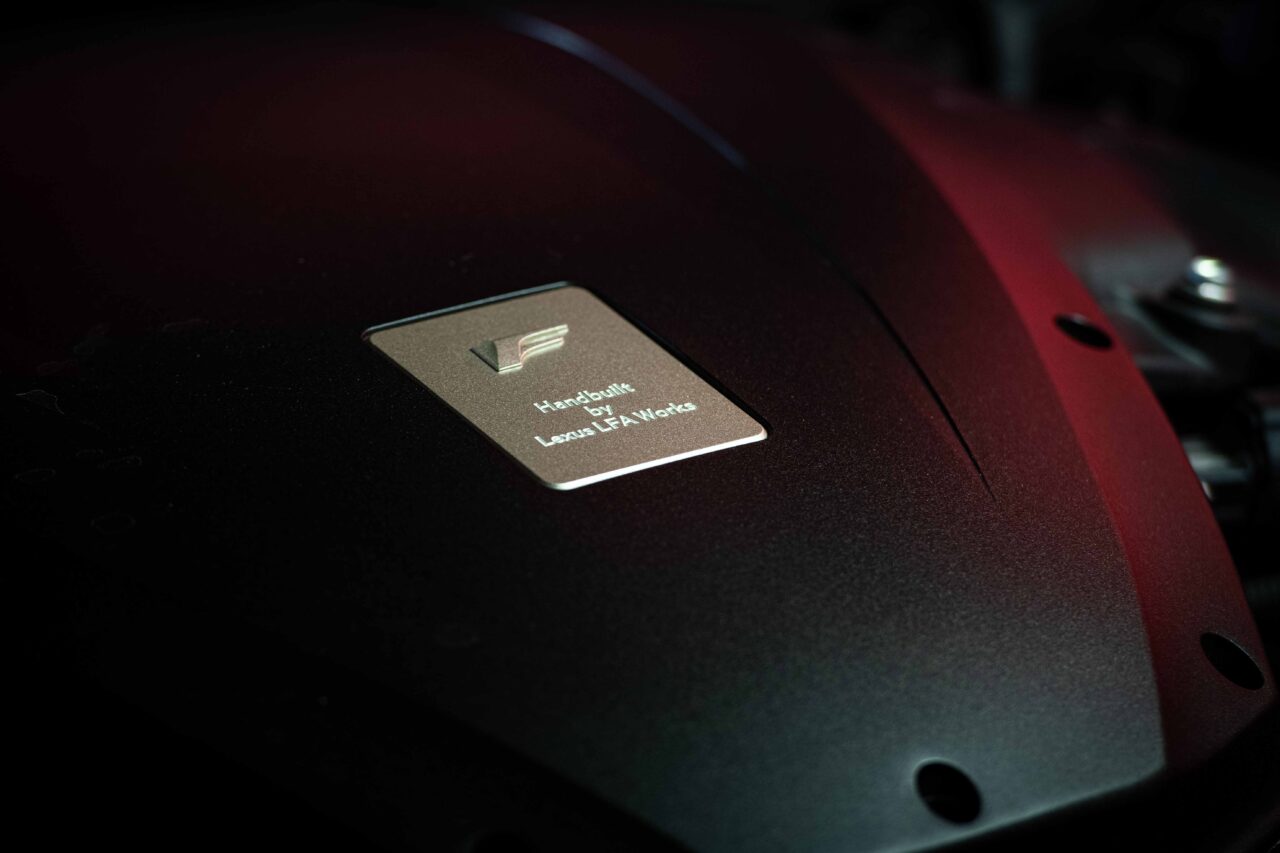 There was still more the LFA had to offer, in the form of the ultra-exclusive Nürburgring Package, a version re-engineered to maximise the car’s track potential. Drawing directly on the car’s racing experience, it gained stiffer suspension, lighter forged alloy wheels with performance tyres and extra aerodynamic features, including a new front lip spoiler, front winglets and a fixed GT-style high rear wing to maximise downforce. With ride height reduced by 10 mm, the car also hugged the ground more closely. To compensate for the extra drag, engine power was increased to 419kW.

Production for this package was to be just 50 cars, with each owner given professional instruction and a year’s driving pass to the Nürburgring. Its quality was confirmed in 2011 when it set a new Nordschelife lap record for a production car, driven by Akira Ida. 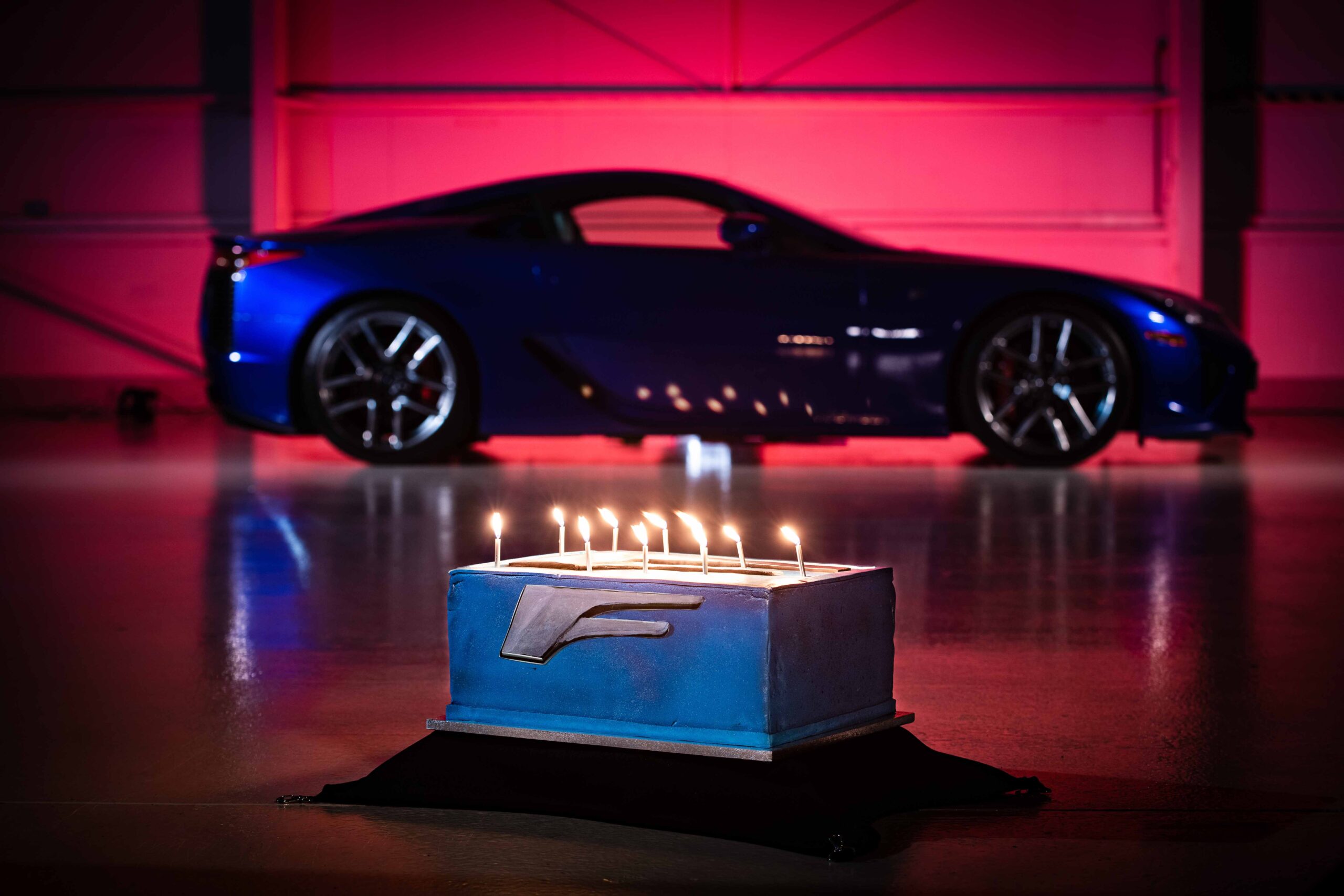 The last word on the LFA should go to Harahiko Tanahashi the man who realised the dream. He explained: ‘I intended to build a supercar that would put the driver into this state through the unity of its parts – the engine’s sound, its feel when revving, its handling and stability.’ Asked what ‘this state’ meant, he replied simply ‘euphoria.’

Due to its iconic status, Lexus South Africa is privileged to have an LFA (372 built) in its heritage fleet.