An Afternoon with Jonathan Stone 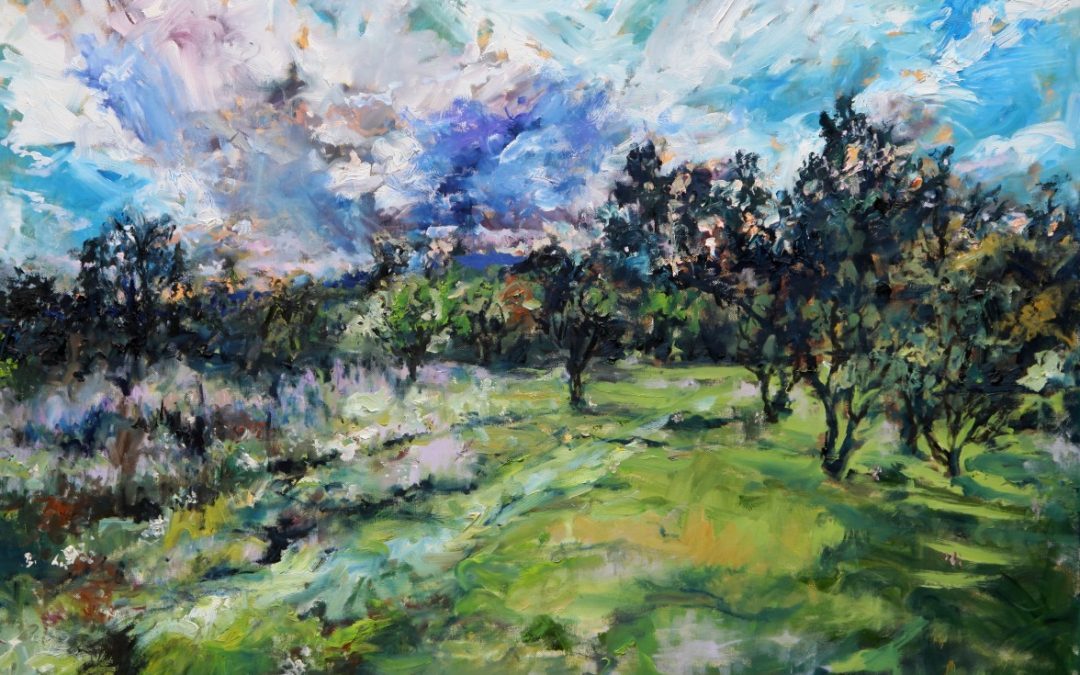 Jonathan Stone is a multi-talented family man from Johannesburg and boasts a master’s degree in Architecture from the University of the Witwatersrand.

Jonathan and his wife Jane (Master’s Degree in Urban Design from the University of the Witwatersrand) established their practice in 1989. This duo takes the urban context and cultural significance into consideration before venturing into any project. For example, in 2016 they completed the restoration of the South African National Anglo-Boer War Memorial in Saxonwold for the Department of Immoveable Heritage. The responsibility of restoring a national monument is a demanding task but he finds solace in a brush, paint and empty canvas. 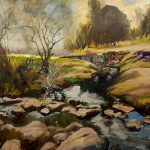 He describes his work as self-indulgent – here he acquires balance and an escape from a stressful lifestyle. He believes that every painting doesn’t have to be successful; it is purely a therapeutic tool.

Jonathan tried his hand at art while he was in school, but this truly became his passion when he joined the iBi Artworx Studio with Isa Schwartz in 2015. With the guidance of Isa, he chose oil as his medium and has evolved into a respected pupil and artist. 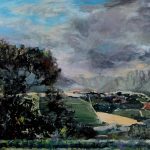 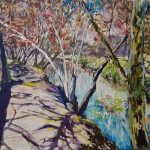 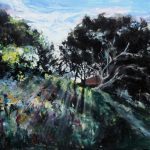 Isa takes a holistic approach to her art classes and her philosophy is to extract the artist in each student by merely guiding them in their quest to find their personal style and preferred medium. She offers a platform for new talent to exhibit through her event-exhibitions throughout the year. 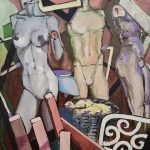 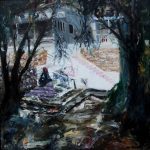 Since he joined the studio, many of Isa’s pupils have been inspired by Jonathan’s keen eye for composition, understanding of colours and his steady hand. He refrains from painting too many man-made elements in his work. As an architect, he feels that painting the familiarity of a building isn’t as challenging as painting a natural scene. He prefers still lifes or landscapes filled with beautiful parks or coasts, each carrying a significant, somewhat nostalgic sentiment with it. 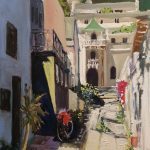 Scenes, particularly his ocean-themed work, have a tempestuous, almost otherworldly feel to them. He manages to make these dark scenes mysteriously inviting as one can sense the emotion in his work. He is inspired by Neo-impressionism and follows the Impressionist principles of capturing light and colours exactly as they appear to him. He also steers clear of political or graphic content. His art is pleasurable and he focuses on the beauty of nature. He defines his art as his legacy, therefore filling it with splendour and nostalgia. 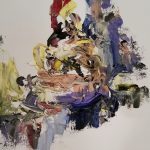 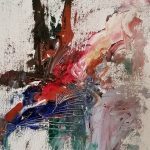 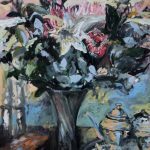 Jonathan has evolved immensely as an artist since 2015 and his oil paintings will be showcased at the Turbine Hall Art Fair in Newtown, Johannesburg from 13 to 16 July 2017 along with some of iBi Art’s newest and most talented young artists.

Jon’s first solo exhibiting will be held at the Alliance Française in Parkview from 27 to 30 September 2017.