Astonishing & Fresh: Celebrate SA’s Love For Colour & Culture at the Jewel of Madikwe 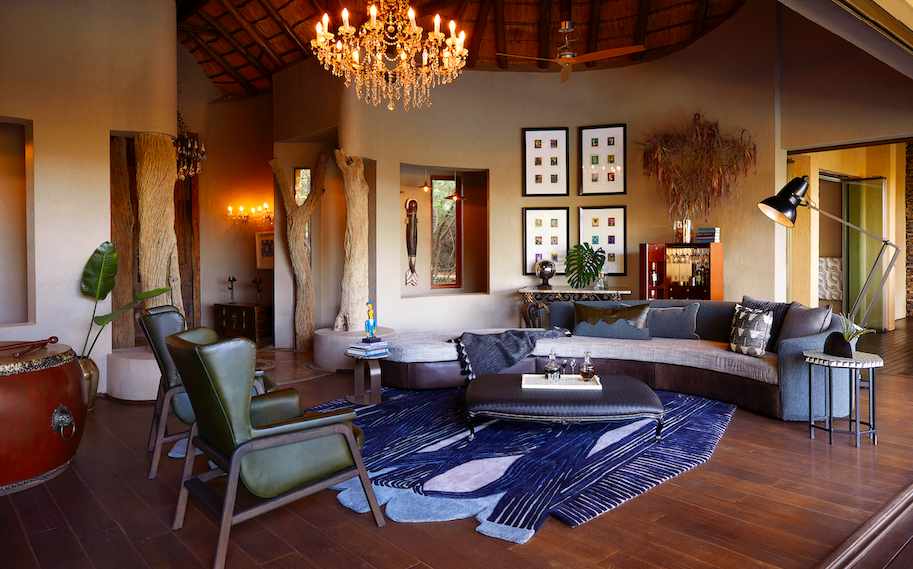 There’s no doubt that the new new luxurious interiors of the Molori Villas communicate an immersive statement that’s unexpected in the African bush. Known for its boldly eclectic aesthetic, Molori Safari chose the dynamic South African design team at Hesse Kleinloog to take a fresh look at its glamorous interiors. Megan Hesse and Andrea Kleinloog began to put together the new direction in the second quarter of 2020.

‘Our initial involvement was meant to be a small, light intervention, but the circular nature of the architecture meant that we had to marry our design with the organic structure of the lodge,’ said Kleinloog, who executed the new interiors. In addition, artworks from the owner’s diverse personal collection – by artists such as Norman Catherine, Lady Skollie and Edoardo Villa, among others – were to be added to the lodge, taking the guest art experience up another level.

Very quickly, the talented interiors team realised that the organic floor spaces would be the place to start as many of the walls were curved and ideally suited to colourful rugs that would complement the bold new artwork.

It all began when Kleinloog asked designer, Koos Groenewald of creative studio Jana+Koos: ‘Can you make a rug? Actually, can you make art + rugs?’ An artist in his own right, he jumped at the challenge. It started with just one rug, but as he began talking to other globally acclaimed, local artists about creating contemporary artworks to weave into large and colourful floor rugs, the excitement was palpable. 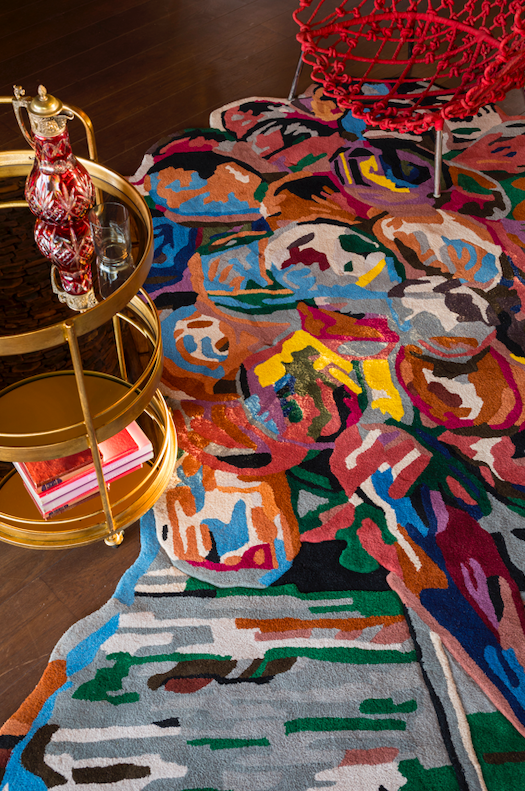 It was soon dubbed ‘the rug project’ and they began to look at rug manufacturers who could help realise their vision. In the end, they discovered the highly professional team of skilled craftspeople at Brabetz Carpet Mill in Durban. It was high-risk – there were no colour charts, no one was able to visit the mill during lockdown, and everything was done over video and phone. A collaborative force of trust, indeed!

‘We collaborated with some of South Africa’s most provocative contemporary artists who agreed to have their artworks interpreted and woven into these magnificent rugs,’ says Molori’s owner, Ivor Ichikowitz. The artists are Athi-Patra Ruga, Cameron Platter, Jody Paulsen, Maja Marx, Nabeeha Mohamed and Koos Groenewald.

Jana+Koos applied their graphic design ability and worked with Brabetz to skilfully interpret the artworks into digitised patterns, enabling South African weavers to produce these grand creations. Speaking of the rugs: ‘They really are artworks in their own right,’ enthuse Jana+Koos. 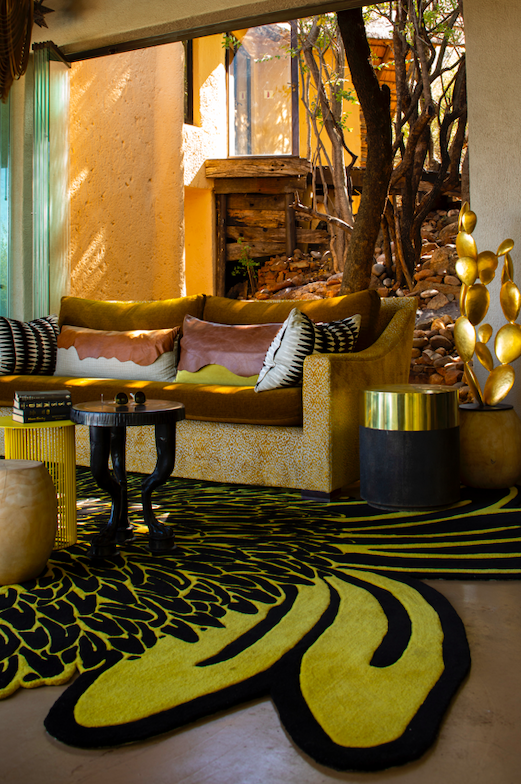 Each suite features one of the artist’s rugs and the main lodge area features the unexpected ‘Eat Me (Bananas)’ artwork by Paulsen. The artist hopes that his contribution invokes ‘a feeling of joy and happiness’.

Platter, an internationally acclaimed visual artist who works in different mediums, confesses: ‘When I was approached to work on this project, I was over the moon. Based on ‘A Night of Bliss’, the woven rug takes from the original and makes it better!’

‘The result is enchanting,’ says Ichikowitz. ‘Our philosophy is to delight our guests with the unexpected and I believe we have achieved this with our new-look luxury interiors and by adding gravitas to our art collection.’

‘It defies all other genres that we see in the safari world,’ says Kleinloog. ‘Molori now gives an adventurous, spirited vision of a safari – it’s about unabashed joy and humour.’ she says! 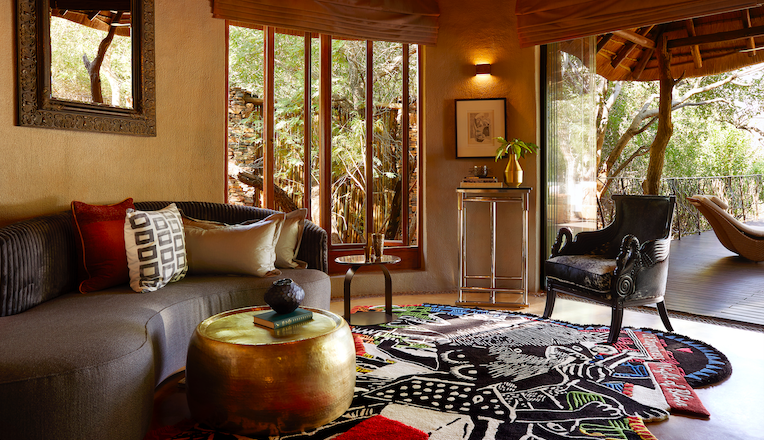