Artist Chris Soal Talks Bottle Caps and Toothpicks, Being Human and the Vanishing Burden of Goals When Taking It One Step at a Time 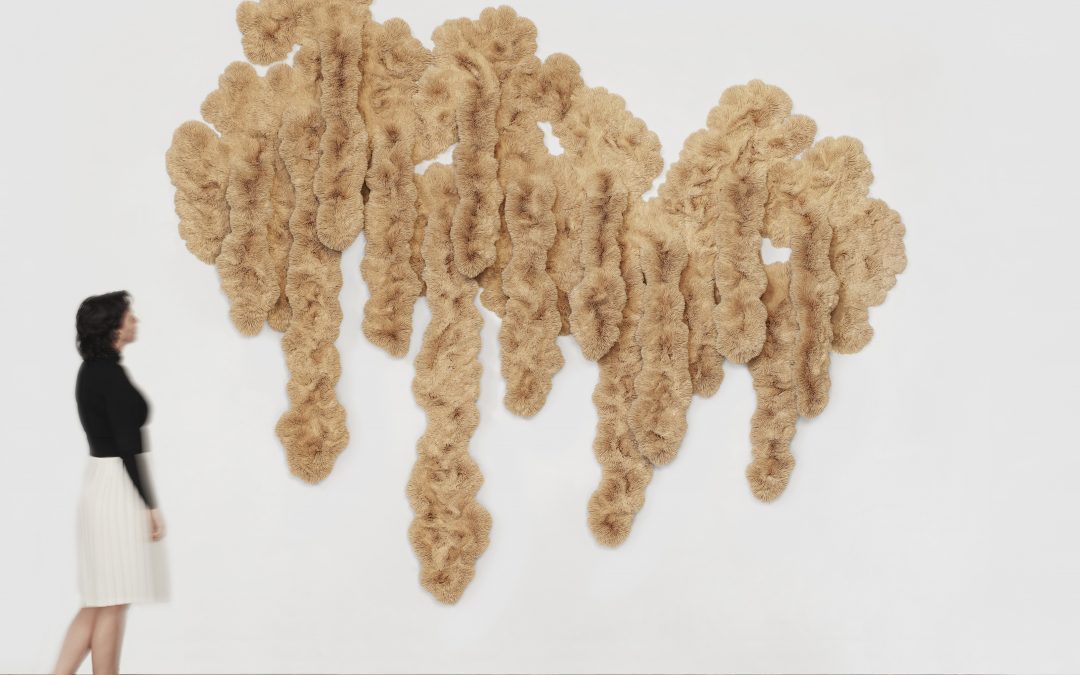 His fascination with the regular, somewhat mundane objects sparked after he shot a photograph of some toothpicks in a jar where he was having dinner. Initially dismissing the image as totally trivial, an experimentation a couple years later developed how Soal perceived the fabric. Beyond producing such large scale statement pieces, Chris Soal is the youngest artist to have been chosen to participate in the Dior Lady Art #5 project, where 10 artists from around the world were chosen to reinterpret the Lady Dior as a unique work of art in their style. 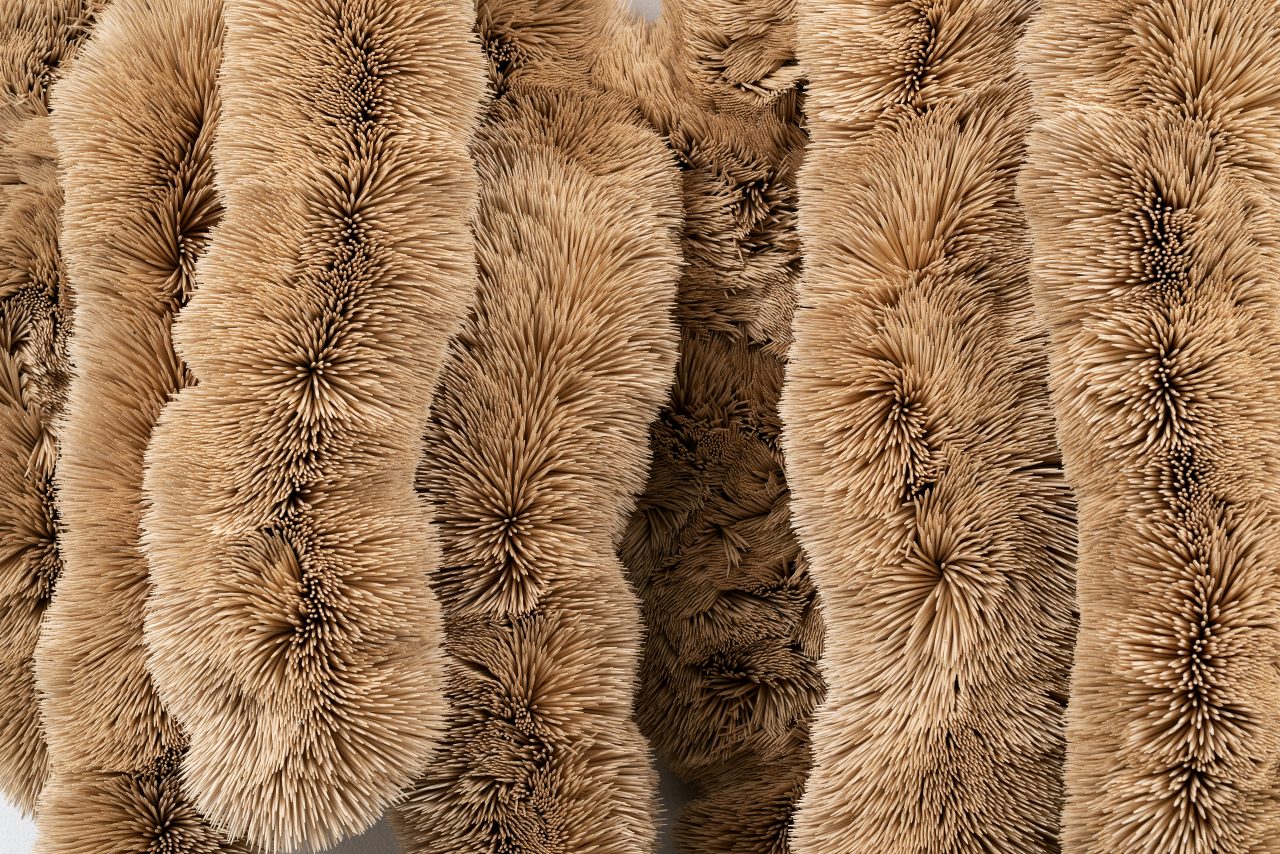 This award-winning, emerging South African artist combines concrete and different industrial supplies with discovered materials such as toothpicks and bottle caps to create conceptual sculptures. Often set in contrasting textural components, hundreds of single-use objects tackle a new identification and aesthetic as part of a collective.

Birch wooden toothpicks are held in place using polyurethane sealants on ripstop cloth and board. The toothpicks, some uncooked and others burnt, fill areas in concrete slabs and seem to smooth dripping patterns as they snake right down to the ground. ‘I used to be instantly amazed by how toothpicks transcend their look as exhausting and sharp objects to becoming smooth and luscious when organised in mass.’ This led him to interrogate perceptions of worth, carried collectively. The works may be interpreted as a commentary on what society esteems as worthy and on the damaging relationship people can have with other forms of nature.

Chris says that he’s merely a facilitator of risk for the works. He explains: ‘I create the circumstances for existence, and the materials then morph and develop as gravity and different forces are transferred. As laborious and time-consuming items, the method can also be very contemplative and meditative.’ 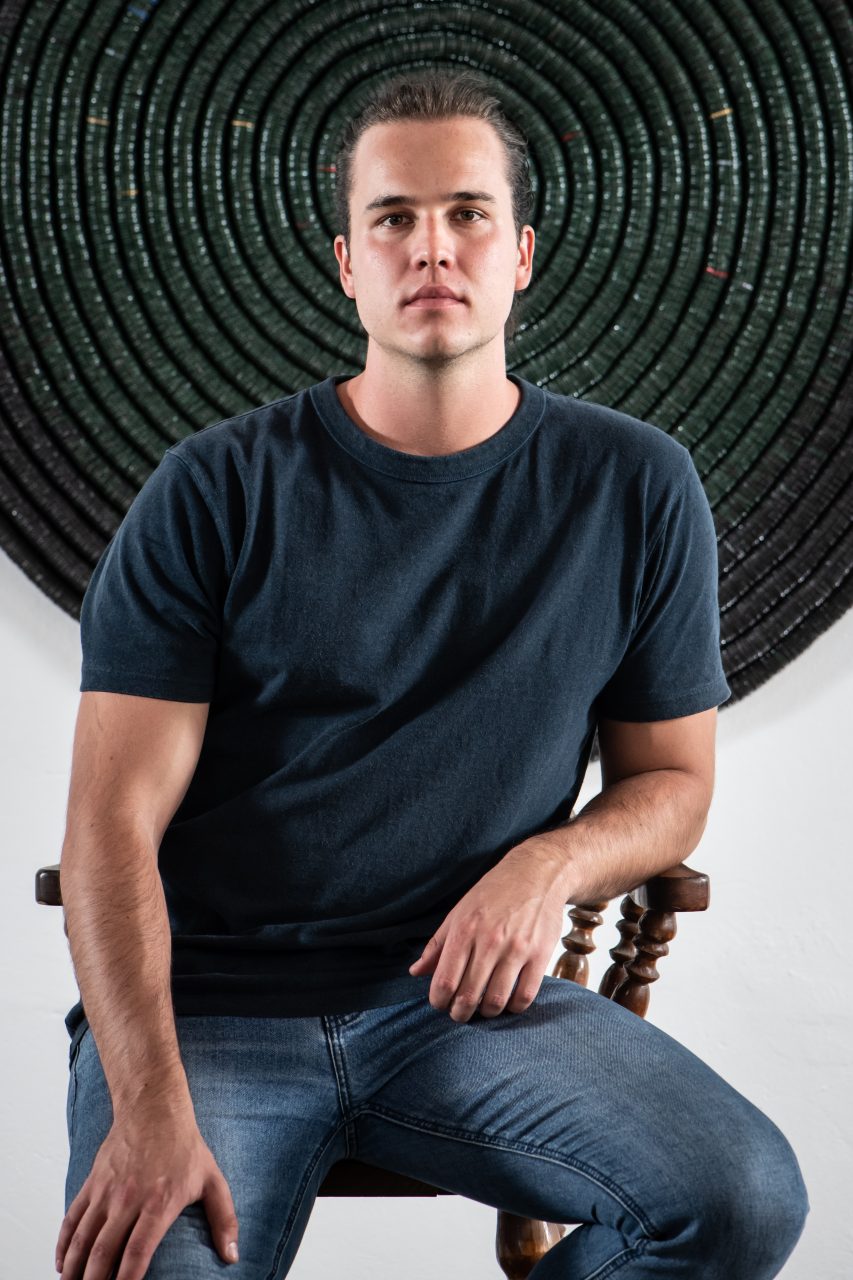 The course of his early career progressed extremely fast. While still a student, he was nominated as a finalist for a few awards, and then only three months after graduating from his Bachelor of Fine Arts (Honours) degree at the University of the Witwatersrand in Johannesburg, he was awarded the first prize for the PPC Imaginarium Award 2018. That same year, recognition from international foundations enabled him to participate in not one, but two artist residence programmes. This was followed by group and solo exhibitions in institutions and galleries and his work being placed in important collections.

Soal’s practice explores ways of working sculpturally with pre-existing materials; thinking through space, form and light while highlighting the histories embedded in these objects: thus far, the materiality of ‘manufactured debris’ – disposable objects created for a single utilitarian purpose. Their accessibility has made them invisible to our eyes, but through the ‘repetition of the singular,’ these objects take on new forms and textures. Consideration and sensitivity to material has allowed for a specific focus on their location within the city of Johannesburg and the socio-political, economic and geographic implications of this. 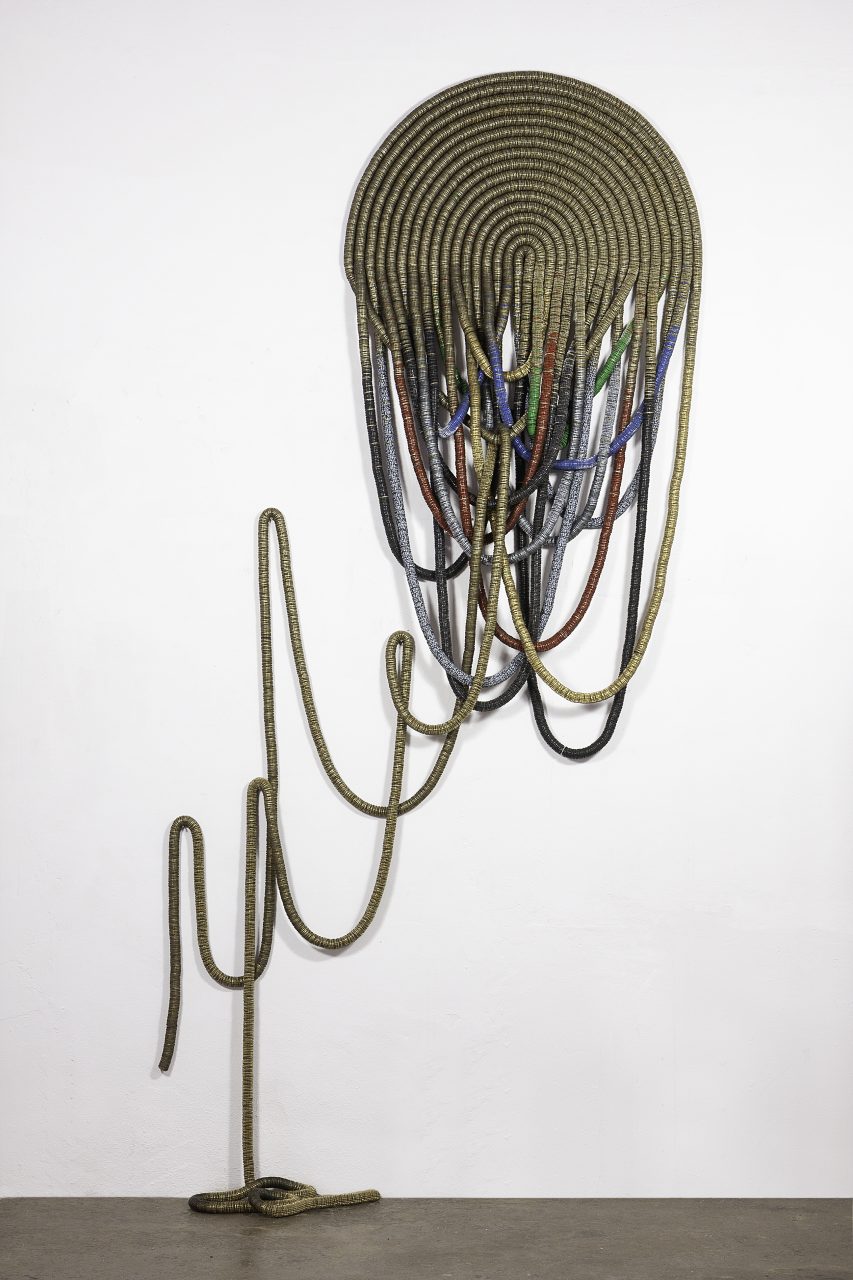 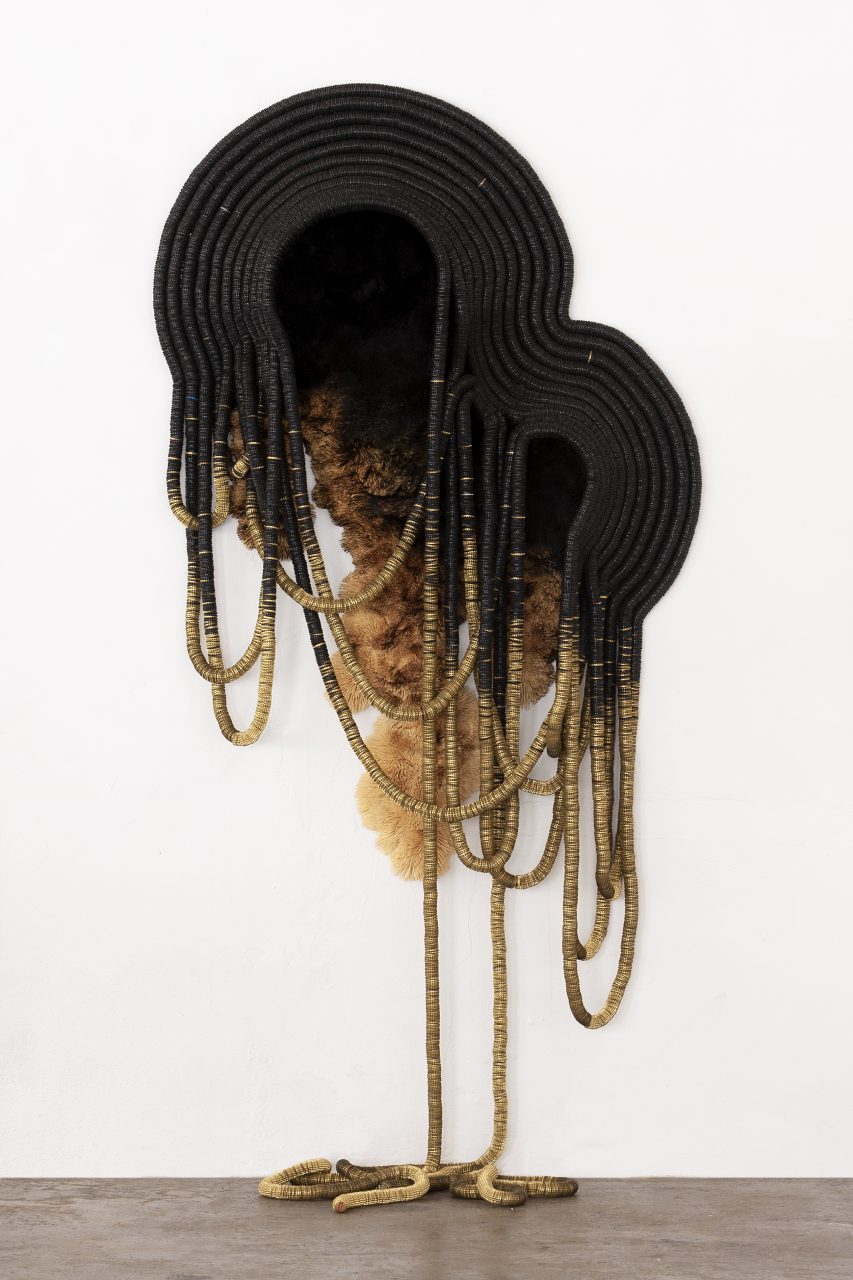 habitat: Where do you work from?

Chris: The parent’s garage where I used to work from is still standing (fortunately – and despite all the fires I lit in there). Apparently, my mom offering to make tea was the real selling point for journalists and visitors coming around! Today I’m working out of a studio in Victoria Yards in Joburg. It’s a modest upgrade from the garage to about 300sqm, and I’m incredibly grateful to have a space which can facilitate attention to multiple projects simultaneously, and allow my team and I the chance to curate and reflect on finished work. 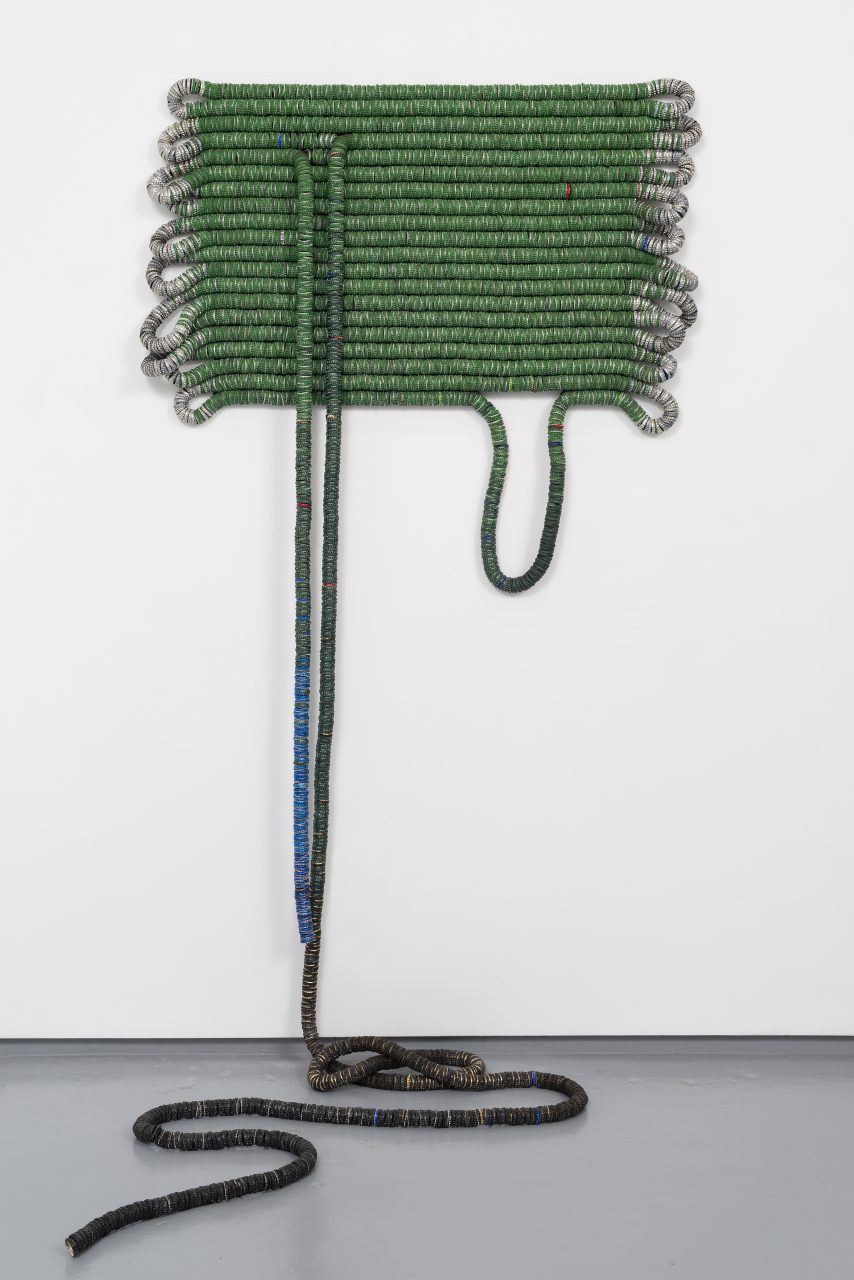 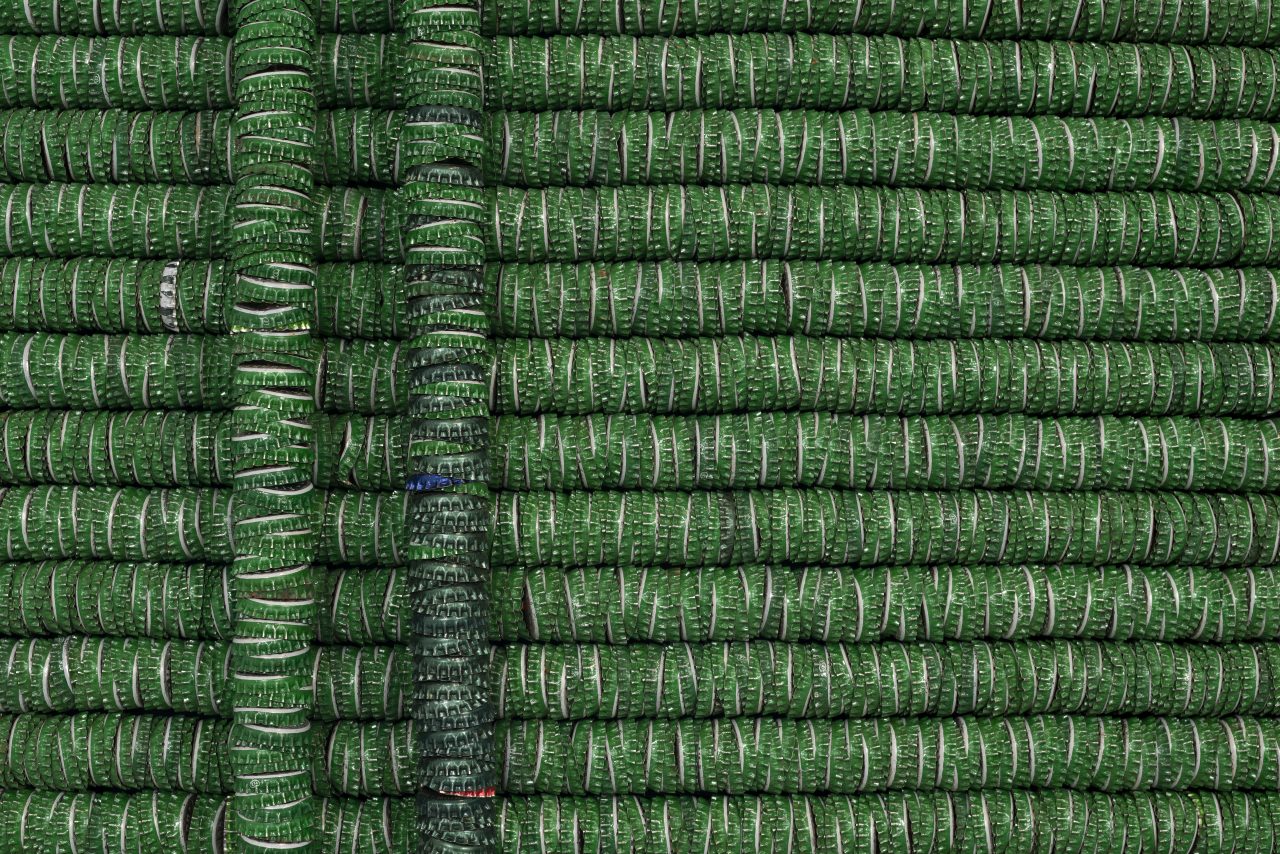 h: Any particular award that means the most to you and why?

C: The invitation to collaborate with Christian Dior on the Lady Dior Art #5 has been the most unexpected and astonishing. I’m the youngest artist to have engaged with the Lady Dior Art initiative. The creative freedom on that project was extraordinary! It goes to show that you never know the impact an artwork might have when you send it out of your studio and into the world: who may see the work and what impression it may leave. As a student, I was very attentive to who was winning awards and what I could apply for, however as my practice dives deeper, I think that the real prize for any artist is a genuine commitment to what one does. 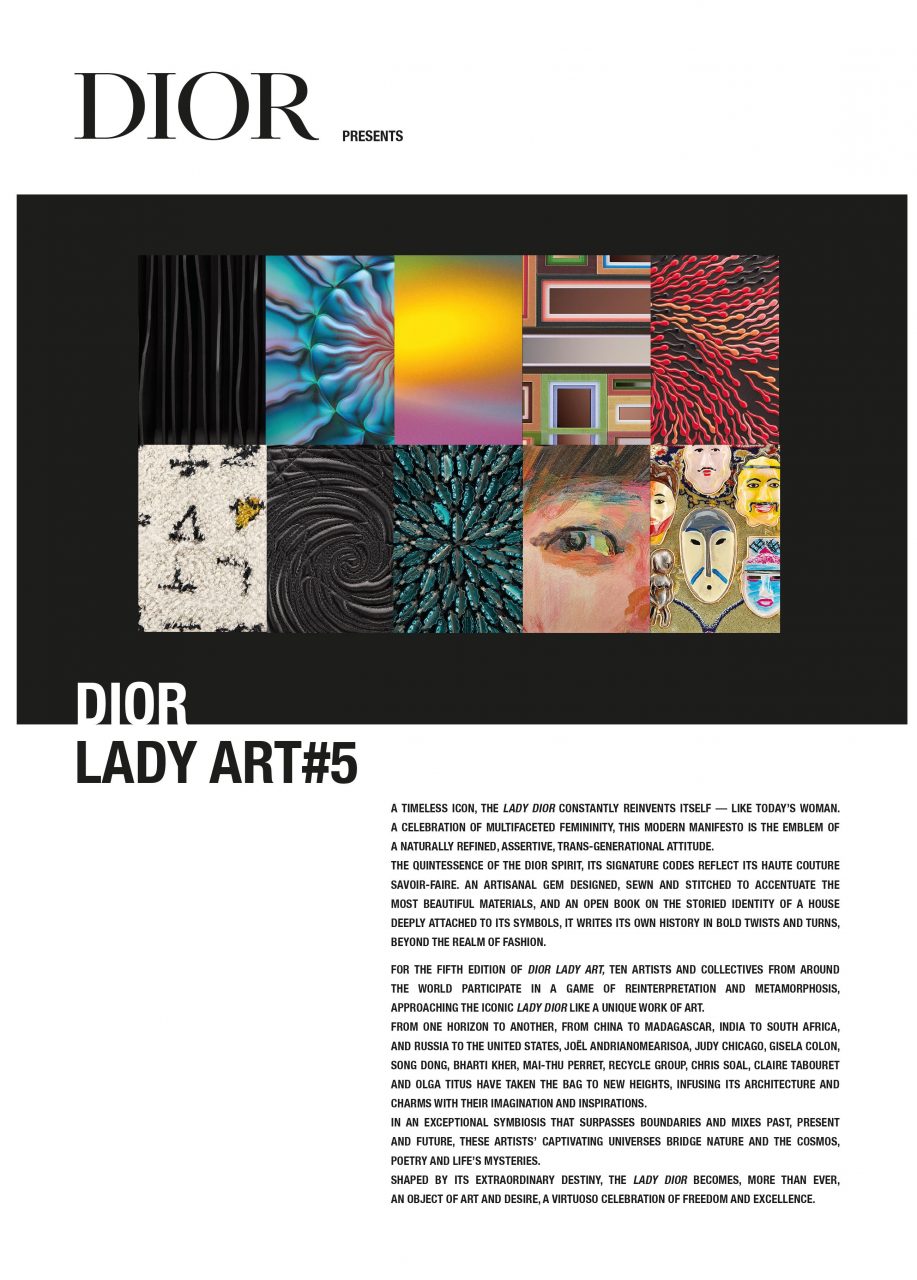 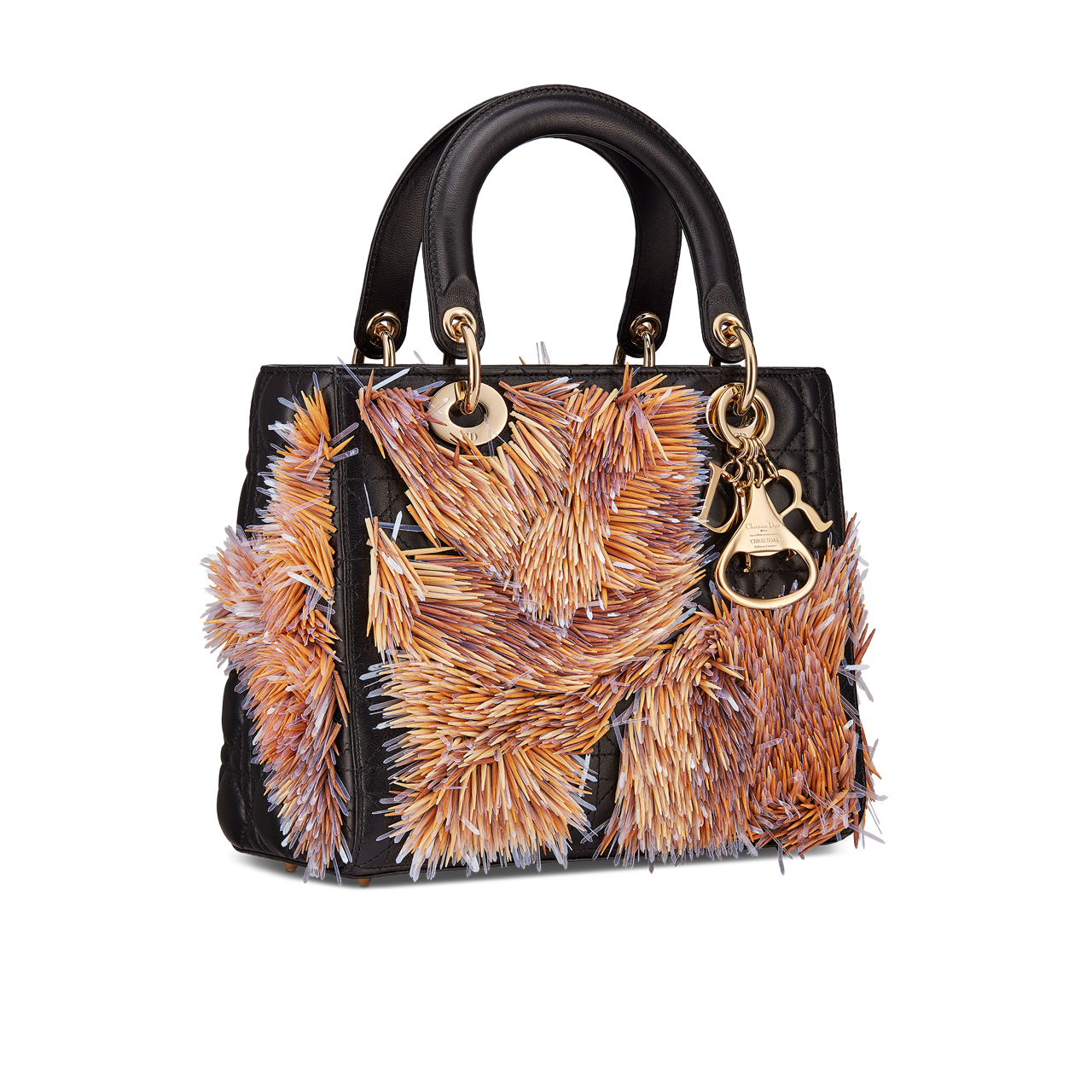 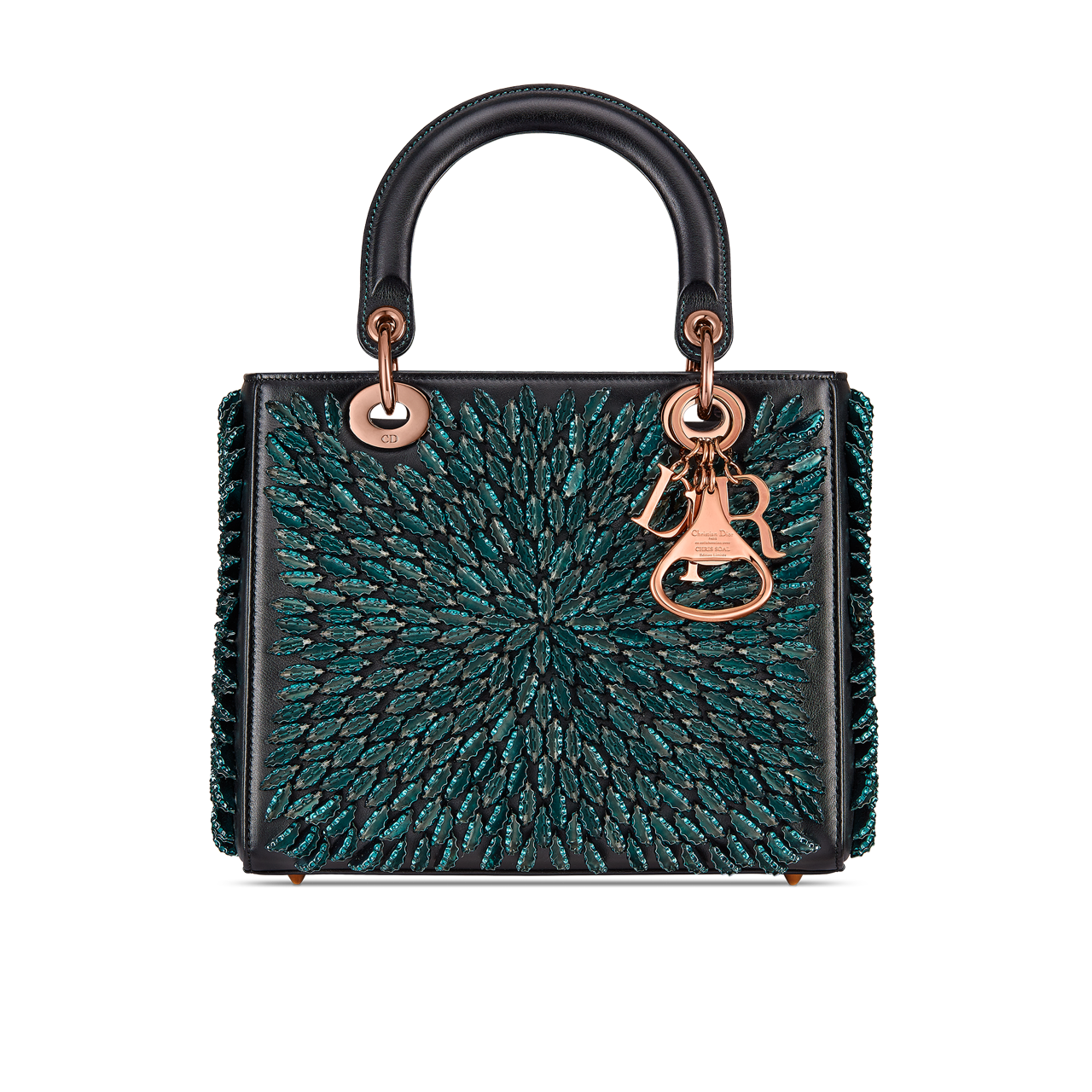 h: What role does the artist have in society?

C: Artists can evoke any type of role, depending on what they see as a need in their environment. I think my work has allowed me to realise the importance of perspective in how we construe our reality, and the potential power that art has to enlarge, shift and challenge one’s perspective, ultimately changing what our reality is. Ai Wei Wei spoke about how he sees the role of the artist as ‘the enemy of general sensibilities’. While he utilises ‘enemy’ in the political sense, I believe that an artist needs to have one foot in the world, and the other out of it.

h: Why did you choose art?

C: Mainly for the freedom it seemed to represent. After high school I felt like I was being pushed into very traditional careers such as Medicine, Law or Finance and despite having nothing against those disciplines, Art felt like the ultimate embodiment of a non-linear career path. In hindsight, I recognise the experiences, impulses and interests in my early life that led me in that direction, but at the time it felt like quite a radical decision for me to make.

h: What jobs have you had other than being an artist?

C: Very few as I focused on being a full-time artist straight out of university with just a residency and a group show on the table. As a student I did work part time as a water-pump salesman. I was terrible at it! And I took a year off after high-school to work in Surrey, UK, at a preparatory school as an assistant teacher / sports coach / go-getter. I loved that year abroad. I got to travel Europe, meet fascinating people, and it was the experiences of that year which gave me the courage to study a degree in Art. 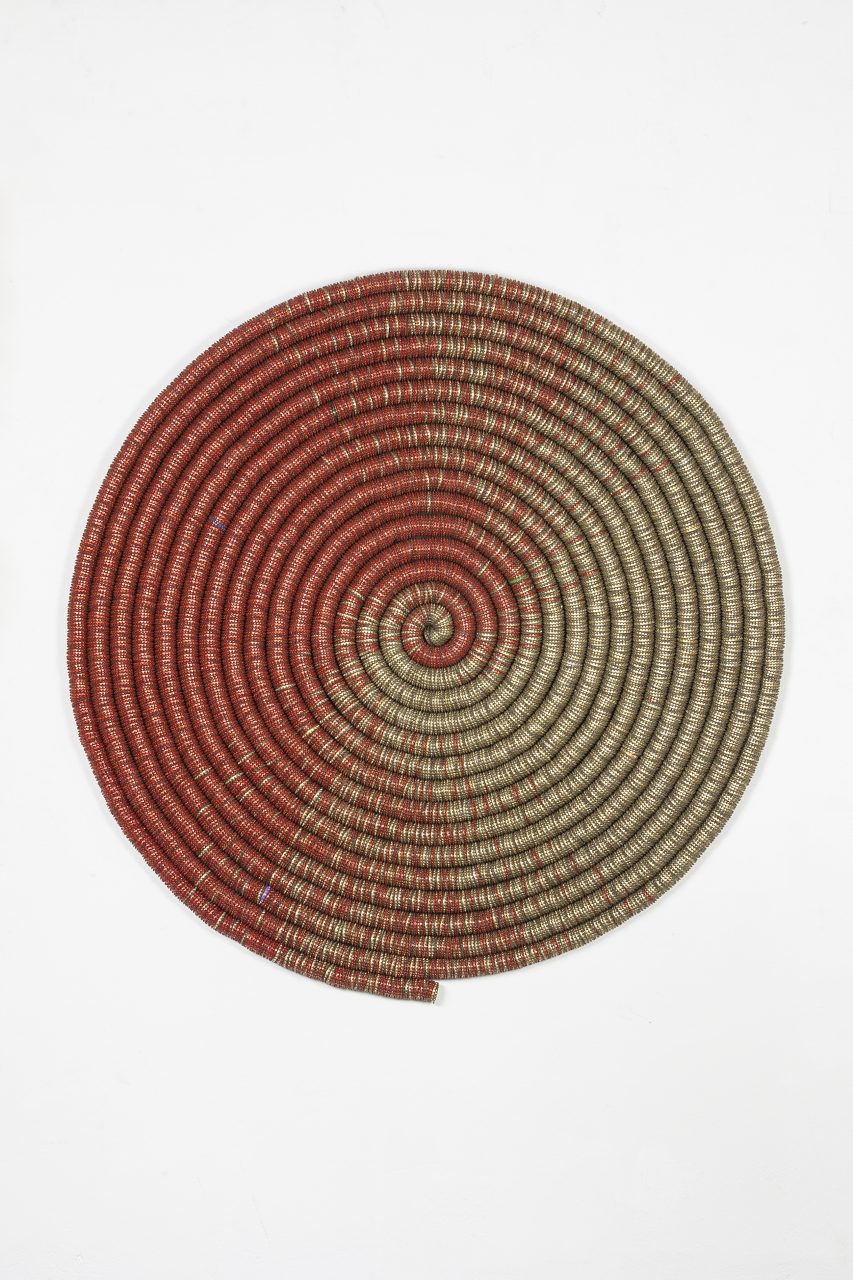 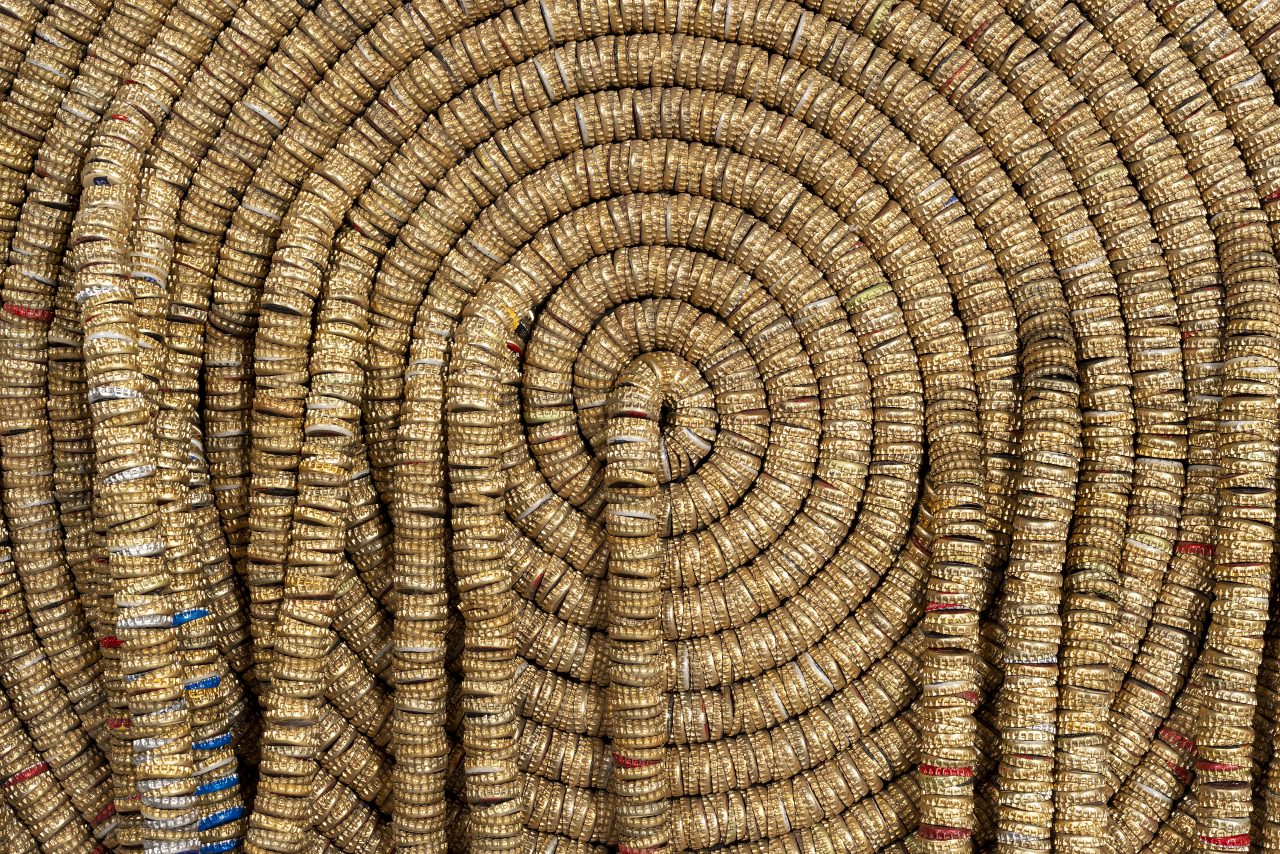 h: What role does travel play in your perspectives?

C: I’ve lived in England, Senegal and Italy for periods of time. I’ve had very adventurous and leisurely experiences during professional expeditions, but I haven’t yet travelled ‘for the sake of it’ as much as I’d like to. Since the circumstances 2020 imposed on us, I’ve started to explore more places locally and really become more appreciative of South Africa and all that we are privileged to enjoy here. The more I travel, the less I fear the unknown – and instead start to embrace it. Despite different backgrounds, world views, religions, languages, it’s always surprised me how we can deeply connect with people anywhere. The shared experience of being human is so powerful.

h: What kind of world is your world as the avant-garde artist that you are?

C: My life overflows with connection and identity and I’m beyond grateful for it. Whether it’s literature, all forms of art or meeting wonderful people, I’m always struck by a particular feeling: I’m not alone; that there are others who see the world the same way and search the same way (or with greater depth). This has only strengthened my resolve and my drive to develop my practice as an artist; to form a visual language that can allow me to connect with people around the world.

h: What memorable responses from others to your own work have you especially enjoyed?

C: It’s difficult to pick one. I genuinely appreciate every interaction with my work, and I’ve had numerous ideas and insights as a result of what others have shared about their interpretations. These exchanges have even led to completely new works.

Most dear to me though, is the comment William Kentridge wrote about my work in the 2019 SEED Auction Catalogue: ‘I am convinced by the seriousness of his undertaking. The intensity of his engagement with his materials, and the way in which he allows his materials to lead the work is astonishing.’

Apart from being one of the foremost contemporary artists in South Africa, Kentridge’s book 6 Drawing Lessons is pretty much one of the reasons I didn’t drop out of my Art degree and it inspired me to dig deeper into what has now become my studio practice. 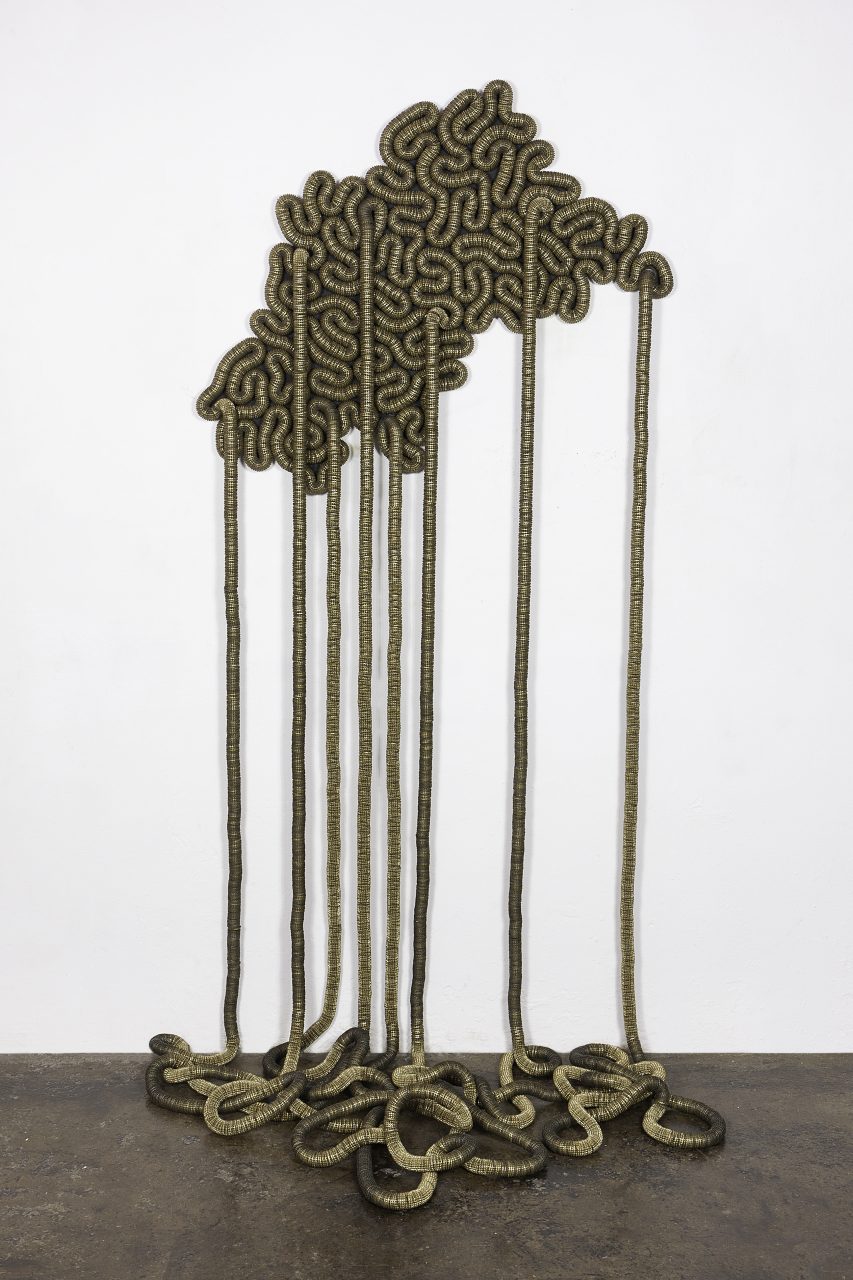 h: What do you dislike about the art world?

C: Some of my early works.

h: What do you appreciate most about the art world?

C: The people who bought my early works and expressed confidence in me nonetheless.

h: What has been one of the most seminal experiences for you recently?

C: It was actually surreal, and sublime: On the first day of a hike in the Drakensberg with some close friends of mine, we hiked 16.4kms in distance and 1.5kms in elevation to spend the night in Roland’s Cave, all through dense cloud cover and rain. When we reached the cave to set up camp, some of the clouds started to clear, the realisation of what had been accomplished was mind-blowing. Despite the physical exertion, I felt more invigorated than I can ever remember. There was something about taking one step at a time while only being able to see a few metres in front of you, that absorbed me in a unique way. The ongoing, unfolding result was infused with the quality of meditation. I’ve been holding on to that transcendent experience since my return to the busy, big city life in Johannesburg. 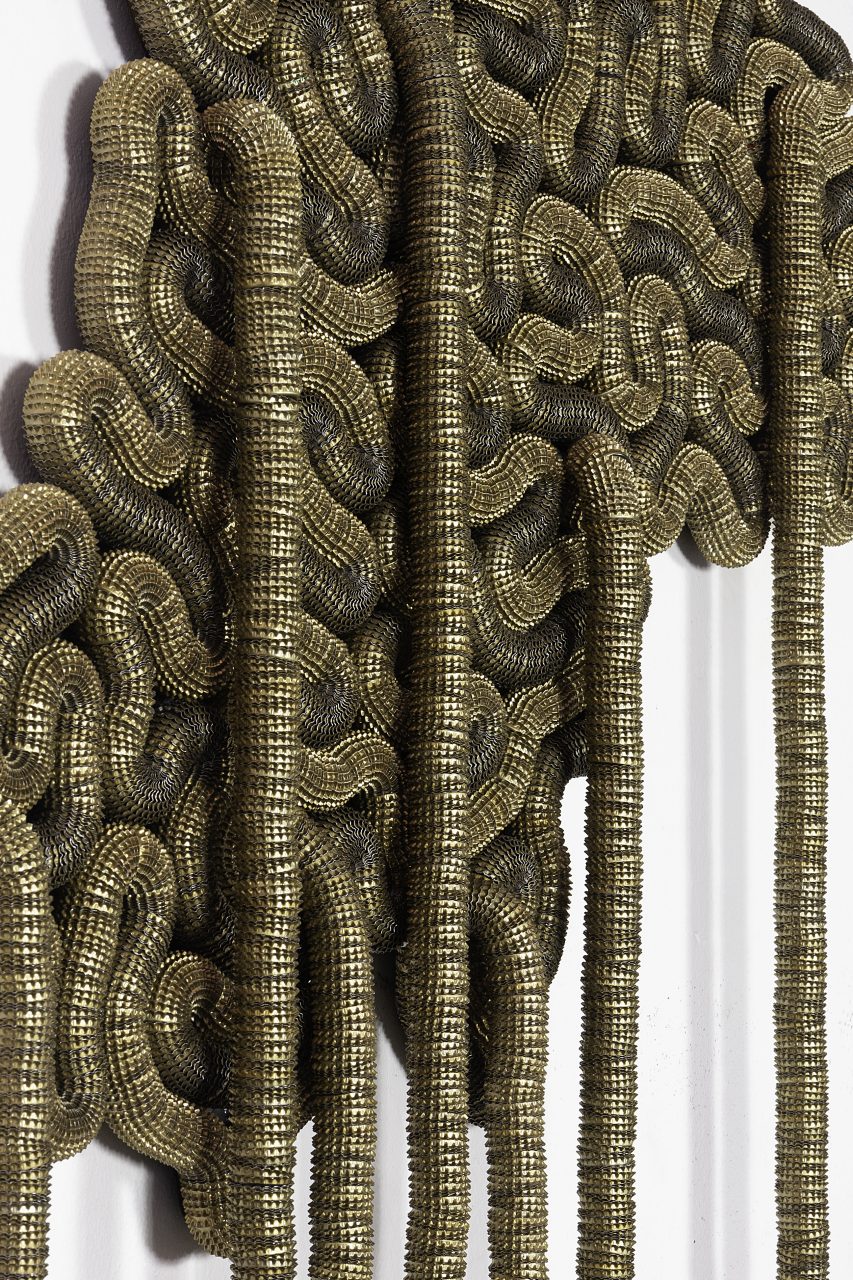 h: What’s the best piece of advice you’ve ever been given?

C: I don’t have a maxim for life based on any advice I’ve received. However, I’ve heard ‘It’s a marathon, not a sprint’ many times in my life, but only during this past year has its meaning truly been hitting home. The habits I put into place and engage in – day by day, step by step, are more important than any goal. I guess this is why most established, long-time artists encourage students to ‘fall in love with the process’.

Riding the coattails of the collaboration with Dior is Chris Soal‘s first solo exhibition: As Below So Above in Cape Town’s WHATIFTHEWORLD gallery which will be on until May 1st, 2021. The viewer’s experience and existence is considered in relation to the monumental scale of his works.