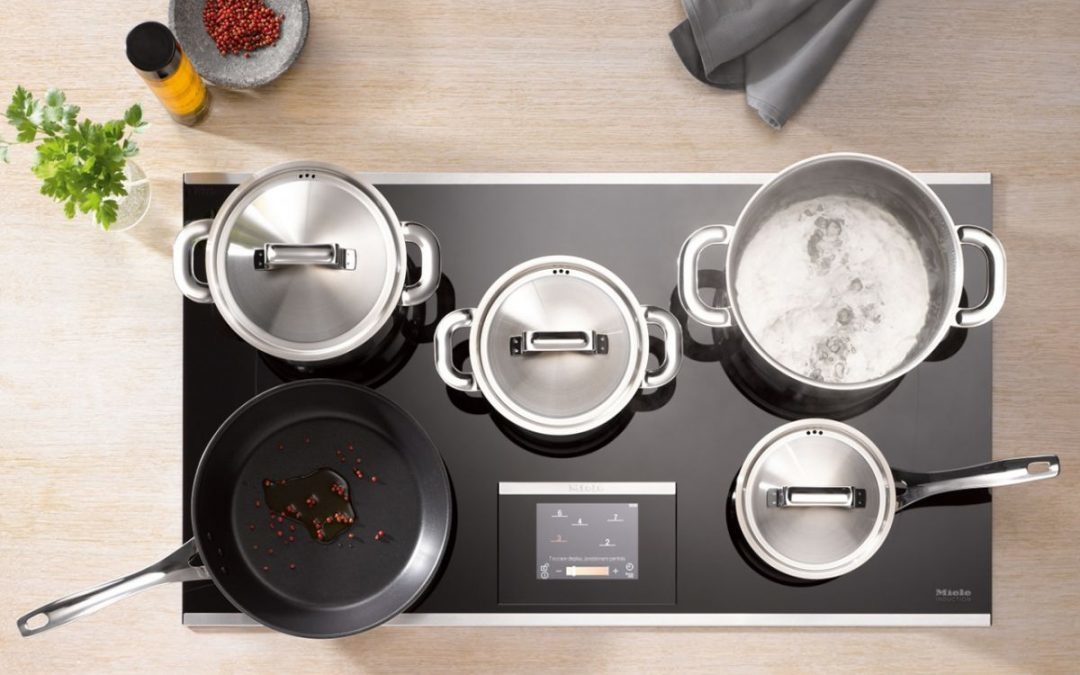 The hob stands proud as the central appliance in your kitchen. Whether you are investing in an electric, gas or induction hob – read on to find out which one is perfect for your kitchen.

Whether you are passionate about cooking, or you only cook for very special occasions, choosing the right hob for your kitchen is a crucial decision. Mercia de Jager from leading kitchen appliance manufacturer, Miele, offers some advice on how to select the best hob for your cooking needs: “With so many hobs currently on the market, it can often be difficult to know where to start.” She works through the pros and cons of the three main types of hobs to choose from, namely gas, electric and induction. 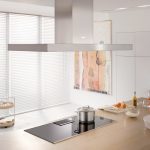 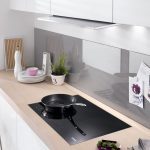 A gas hob features burners that display visible flames, with a metal pan support on top. Traditionally, gas hobs have been the most popular choice amongst professional chefs and foodies, due to the fact that they offer access to instant, powerful heat that can be quickly and easily adjusted. Other benefits of gas hobs include the fact that they can be used with any type of cookware, they are comparatively quite affordable to run, and the cooking area cools down quickly after use. Says Mercia: “Gas is a primary energy source and produces no pollutants through conversion processes, as is the case with electricity generation – making it a very green option.”

The disadvantages of gas hobs are that they need access to a gas supply, which is not always possible, and they can be difficult to clean. However, if the latter is one of your main bugbears, then you can always opt for a gas on ceran model, such as Miele’s KM3054G model for example. Unlike traditional gas hobs that feature gas burners mounted on a stainless steel base, the gas on ceran models have replaced with stainless steel with a sleek glass surface. Says Mercia: “This makes them more aesthetically stylish, makes it possible for installation that is flush with the countertop, and it is a much easier to clean alternative.” 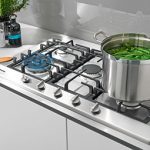 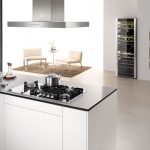 Mercia offers some notable features to look out for when choosing a gas hob: 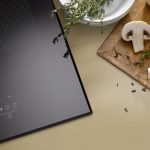 As their name implies, electric hobs use electricity to generate radiant heat. In the past, electric plate and electric ring hobs were popular, however, today, for the most part, they have been replaced with ceramic top electric hobs. These function via standard radiant elements that heat the cooking surface under the glass, while high-tech halogen hobs, such as Miele’s HiLight ceramic hobs for example, use a special form of red light to warm your pan. The main advantages of electric hobs is their sleek finish and frameless design, as well as the fact that they are really easy to clean and they are amongst the most affordable types of hob on the market.

However, they do have the disadvantage of costing more to run than gas and induction hobs. Also, with standard radiant elements, the heat is not very evenly distributed across the base of the pan and it can also be difficult to control it accurately. Time is another disadvantage, as the cooking surface takes a comparatively long time to heat up, and to cool down.

Mercia says that when looking for an electric ceramic hob, you should look out for some of the following features:

Induction hobs function by creating a magnetic field between the induction element and the base of the cookware. This way, they heat the pan or pot directly, rather than wasting energy heating the cooking surface first, which only then heats the cookware, and the food. Induction hobs are incredibly popular due to their many benefits, which include the fact that they heat up really quickly, they are extremely energy efficient, their ceran surface makes for a boast a sleek, flush-mounted design, and they produce very little residual heat for safer operation.

Aside from being on the upper end of the price spectrum, the major drawback of induction hobs is that you are restricted from using any cookware. Says Mercia: “Cast iron or steel cookware is ideal, but aluminium or copper pans won’t work unless the base has an additional layer that a magnet will stick to.” She advises that you look for the following features when investing in an induction hob: 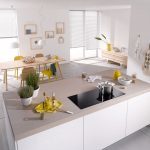 As a general rule of thumb, hobs come in minimum standard format of 4 burners. However, the CombiSet or domino hobs have a format of two hobs, making them ideal for small kitchens with limited counterspace. These hobs also allow you to create a cooking zone with a wide variety of cooking appliances in a similar format so that they can be positioned next to one another – such as Tepanyaki, induction wok, deep-fat fryer, barbecue grill and much more for new spectrum of enjoyment.