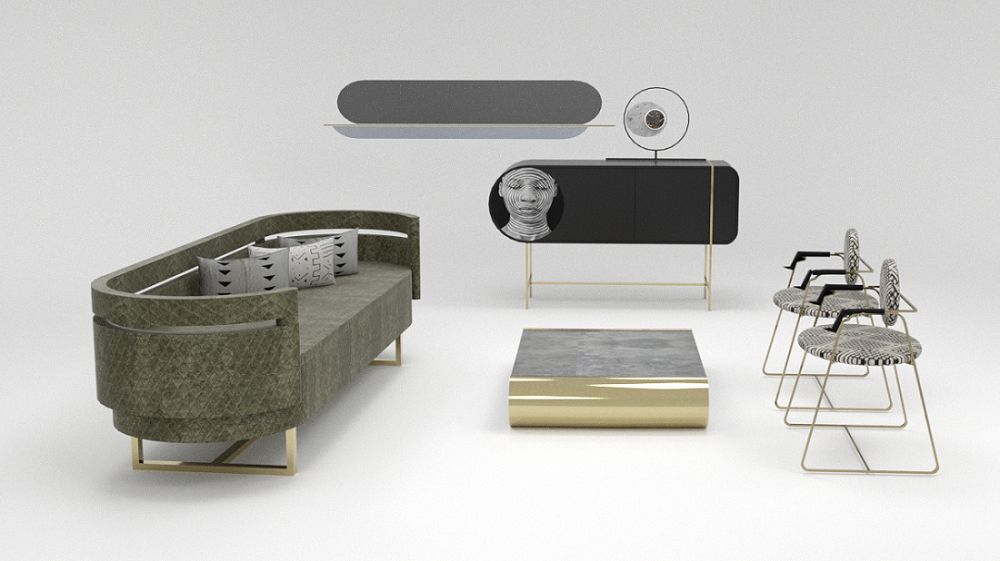 To mark the 25th anniversary of the renowned Design Indaba Conference, the Nando’s Design Programme, Clout, has honoured the founder of this world-class event, Ravi Naidoo, with an annual residency programme in his name. The announcement of the new Ravi Naidoo Residency for Emerging Creatives was made at the recent Design Indaba Conference, which took place from 26-28 February 2020 at the Artscape Theatre Centre in Cape Town, and was broadcast via simulcast to Johannesburg, Durban, Potchefstroom, Port Elizabeth, Namibia and Nairobi.

Apart from the manifold advantages to be gained by showcasing their work to a relevant audience, the Design Indaba Emerging Creatives also benefit from the powerful networking opportunities and inspiration that comes from being able to engage with media, buyers and potential mentors from around the world.

Design Indaba is known primarily for showcasing the wisdom and work of leaders in their fields – but its longstanding commitment to up-and-coming talent has been just as crucial to the growth of the design and entrepreneurial industries in South Africa. Since 2005, Design Indaba has partnered with the Department of Arts and Culture to give a platform to future movers and shakers across disciplines.

Both the impact and influence of the Design Indaba Emerging Creatives programme are evident in the calibre of alumni over the past decade and a half, from Thebe Magugu and Laduma Ngxokolo to Renée Rossouw and Daniel Ting Chong, and the many others that the programme has helped to propel forward. A much-needed platform, the Design Indaba Emerging Creatives has undeniably helped to shape the careers of a significant number of South Africa’s current groundbreakers.

Now, this support programme will be further enhanced by the addition of the annual Residency. The Design Indaba Emerging Creatives is a seamless fit with Clout’s existing developmental activities, which also focus heavily on growing young local talent. To date, Clout has staged two Hot Young Designer Talent Search competitions and a third edition is planned in 2020. Clout also provides ongoing industry assistance in the form of business development support, which helps guide rising designers in growing their businesses.

According to Robbie Brozin, founder of Nando’s: “This year marks 25 years of the Design Indaba and it is a phenomenal time – what a landmark and what an achievement for Ravi and the Design Indaba team! I am beyond proud as a South African to be part of the Design Indaba, and I think it’s time for the creatives and dreamers to wake the nation. So I am hugely excited to announce a tailored Residency that Nando’s will co-create in collaboration with Design Indaba, where we want to take one of the young Design Indaba Emerging Creatives to a global destination.”

For the first time ever, one of the Design Indaba Emerging Creatives will win an all-expenses-paid Residency abroad. According to the creative director of the Nando’s Design Programme, Tracy Lynch: “Nando’s will sponsor this Residency, but the Residency will be designed by Ravi Naidoo himself. Ravi is the most knowledgeable person when it comes to creativity and he is so connected in the global world of creativity that there is nobody better suited to design this  incredible opportunity for one of these Emerging Creatives.”

This designer-in-residence programme will give the selected designer the opportunity to live and work outside of their usual environment, providing them with time to reflect, research, or produce work. During the Residency, the chosen designer will be able to not only explore new locations, but also discover different cultures while experimenting with fresh materials and techniques. The ultimate aim is to grow the individual and, in so doing, grow the industry itself as a whole.

Naidoo was invited up onto the Design Indaba Conference stage by Nando’s to hand over the prize to the winning Emerging Creative. This year’s designer-in-residence winner was chosen by a panel comprising industry specialists from the Nando’s world, members of the Design Indaba team and independent creative specialists.

For 2020, Mmamotsatsi Masike was announced as the winner of the Residency. Masike is an aspiring interior and furniture designer from Johannesburg. She describes herself as a design-crazed creative enthusiast. She’s a chronic believer in creating conducive sacred spaces and pairing them up with tailor-made furniture pieces.

She’s currently employed as a spatial planner at Cecil Nurse. She is also a part-time freelance designer and recently launched Design Muse, her own furniture design studio. Thanks to this new Residency, she is about to embark on a life-changing journey!

To keep abreast of Clout’s exciting activities in the world of design, follow Clout on Instagram: clout_sadesign