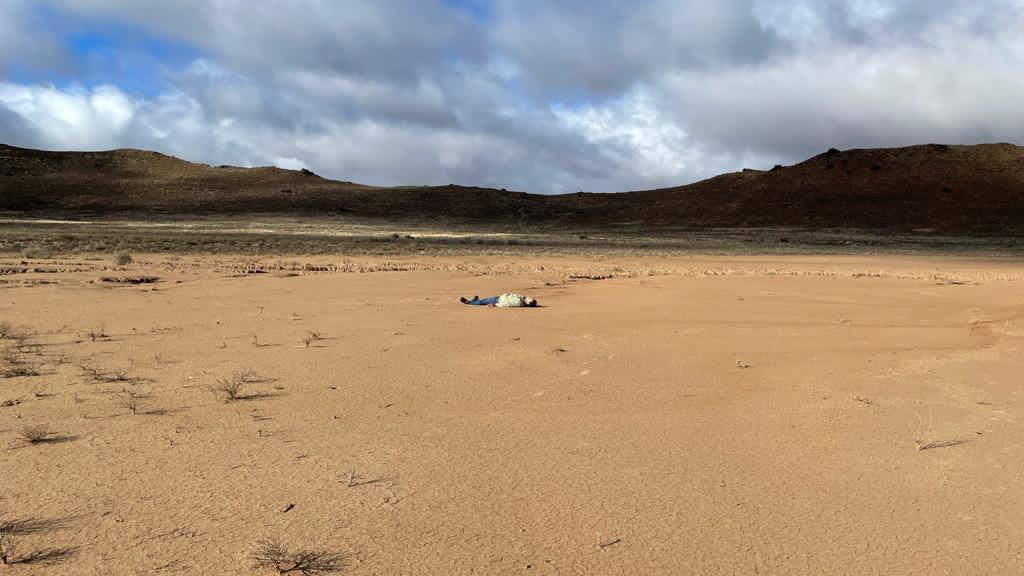 From the outside, a dilapidated, stark white building with its silver roof stands bleached by the Karoo desert sun. We sense a subtle yet tempting invitation to step into the mystery through a rustic door that leads into a pitch-black space. Black Room is an installation exhibit of darkly shaded works from a collection that spans 20 years of creative dedication. It’s contained in an old, vacant corner shop and is part of the MAPSA (Modern Arts Project South Africa) exhibition that’s taking place in a small desert farming town known as Richmond in the Northern Cape – a central node on the main artery connecting northern and southern South Africa. 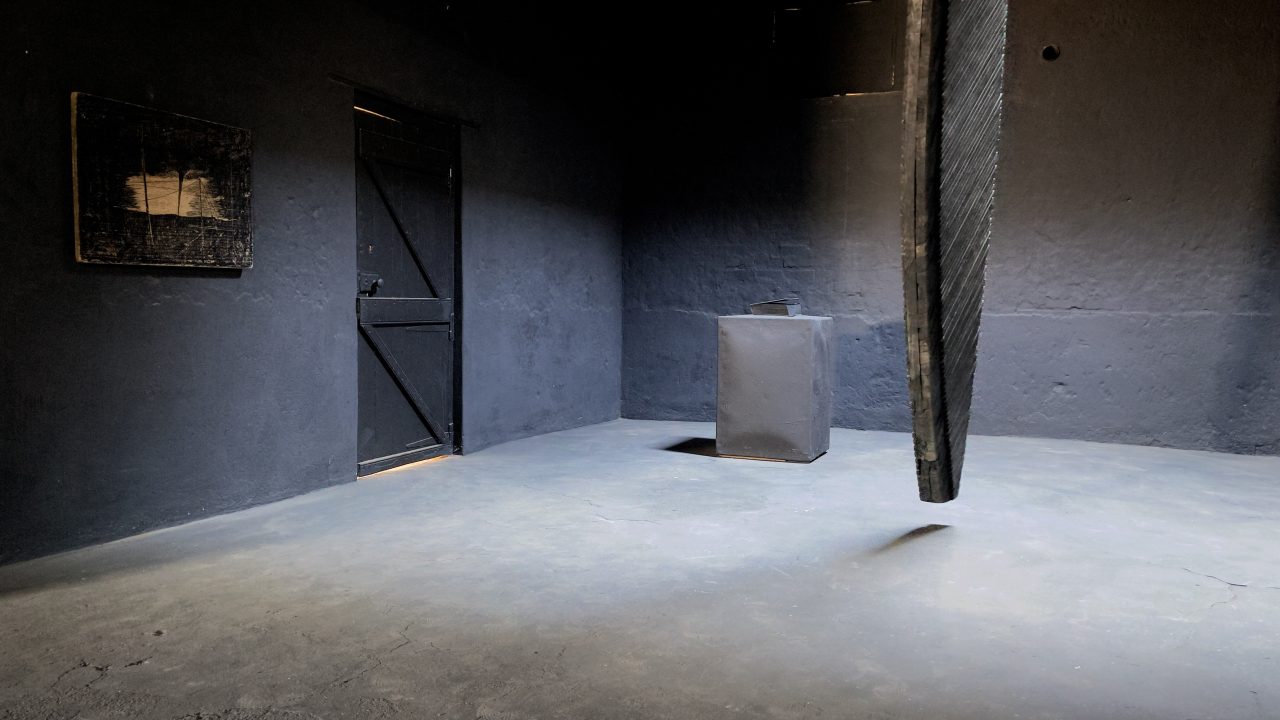 It takes a while for one’s eyes to adjust to the low light, and for the feeling of trepidation to dissipate. Suddenly, we begin to realise and reckon with the presence of large, moving volumes filling the blackness: Art in the Dark! 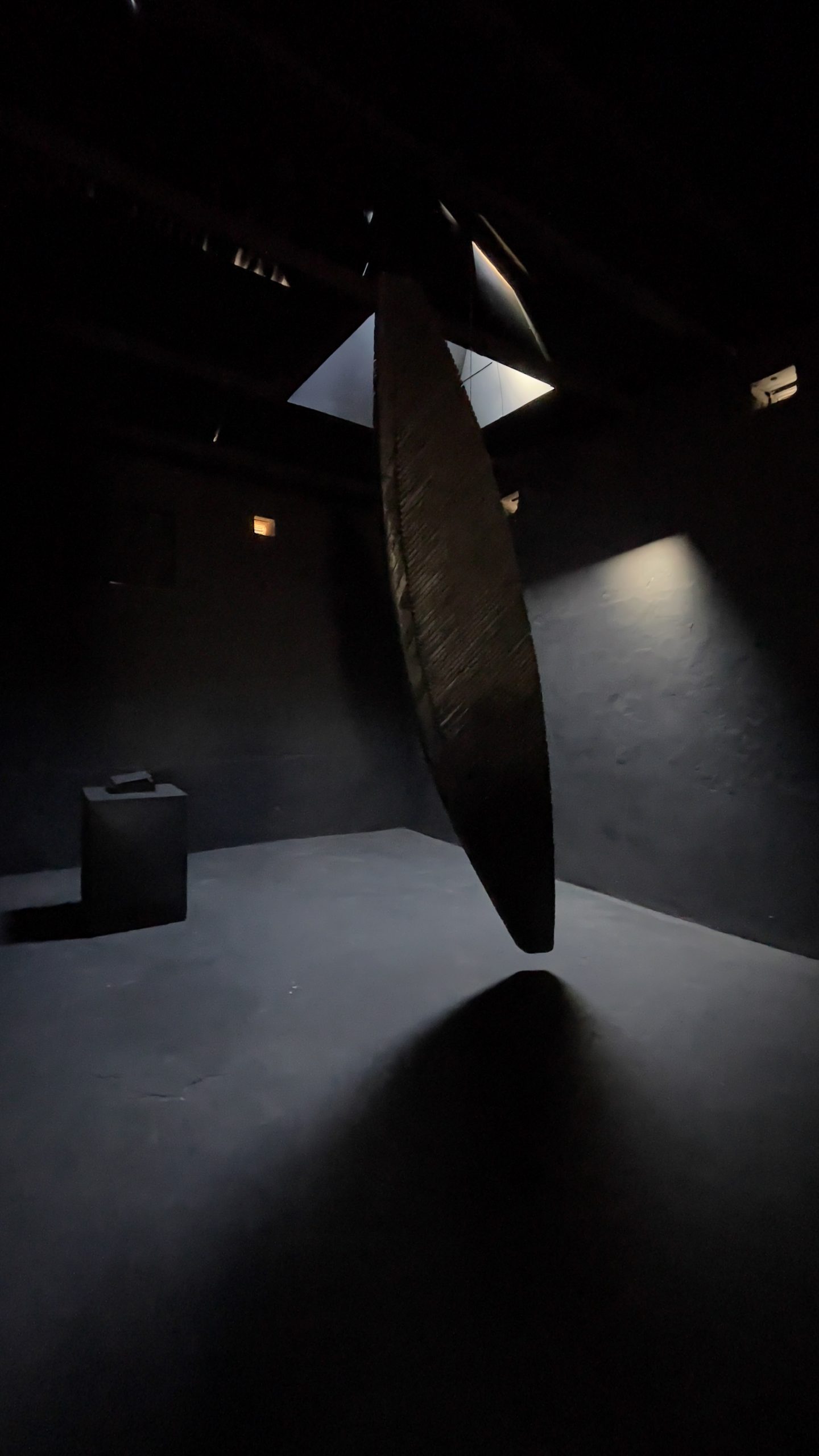 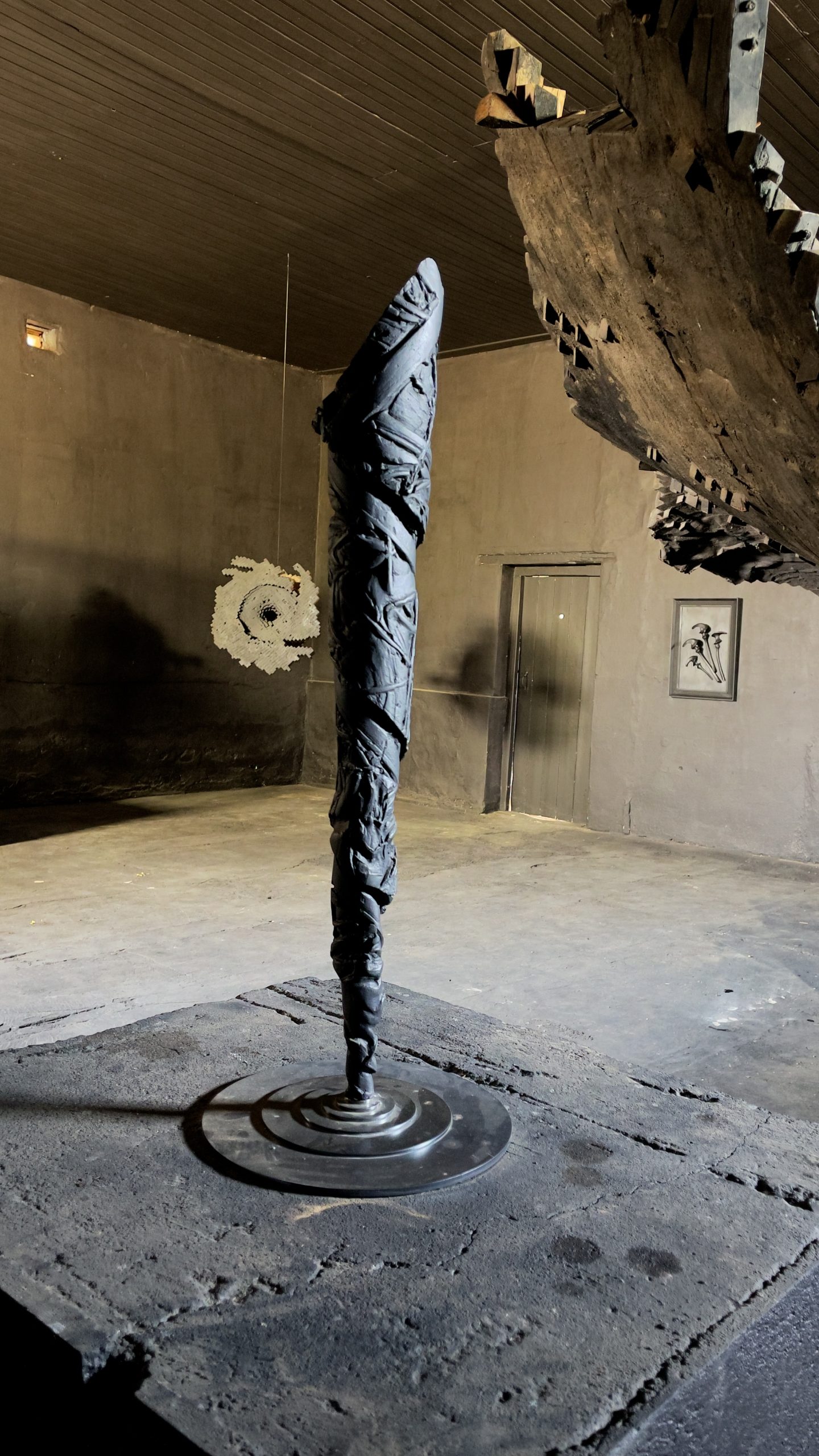 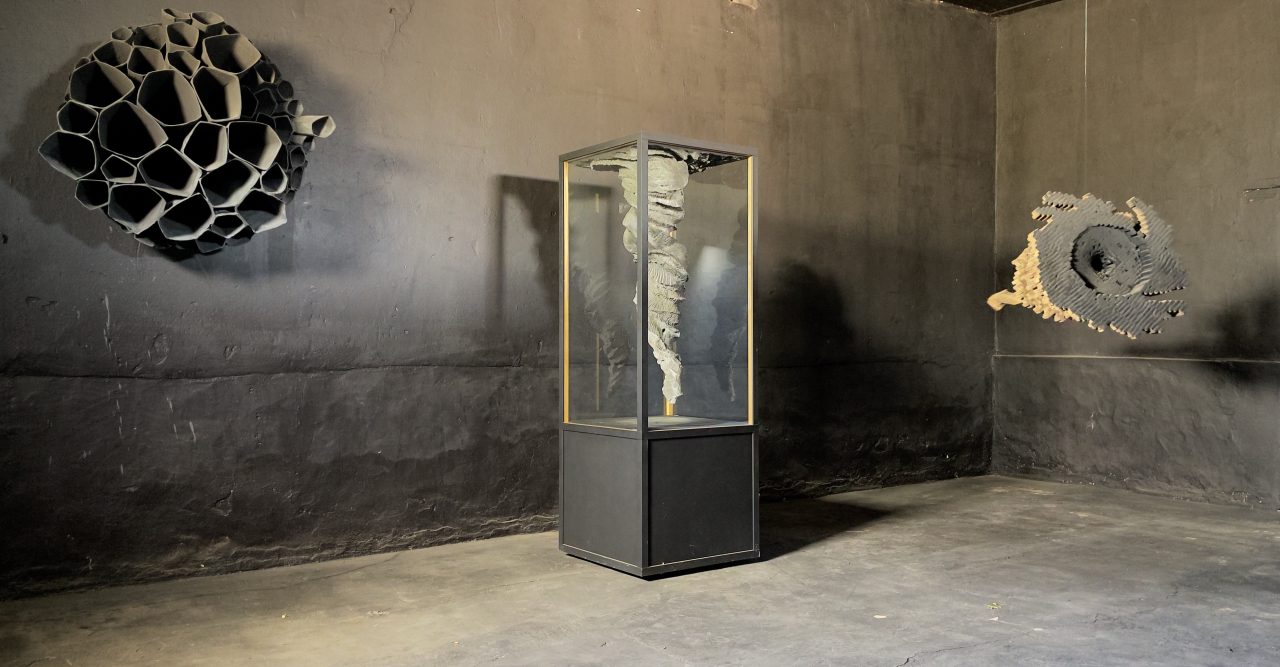 Says the artist, Richard Forbes: ‘It is this descent into the darkness that becomes a transformative, cathartic experience – one where curiosity and sensitivity are provoked on personal levels: as a mirage that surrounds fear, in this case the darkness and the unknown, and that which I believe resides within me.’ Friedrich Nietzsche’s allusion here resonates with the idea: ‘He who fights with monsters might take care lest he thereby become a monster. And if you gaze for long into an abyss, the abyss gazes also into you.’ 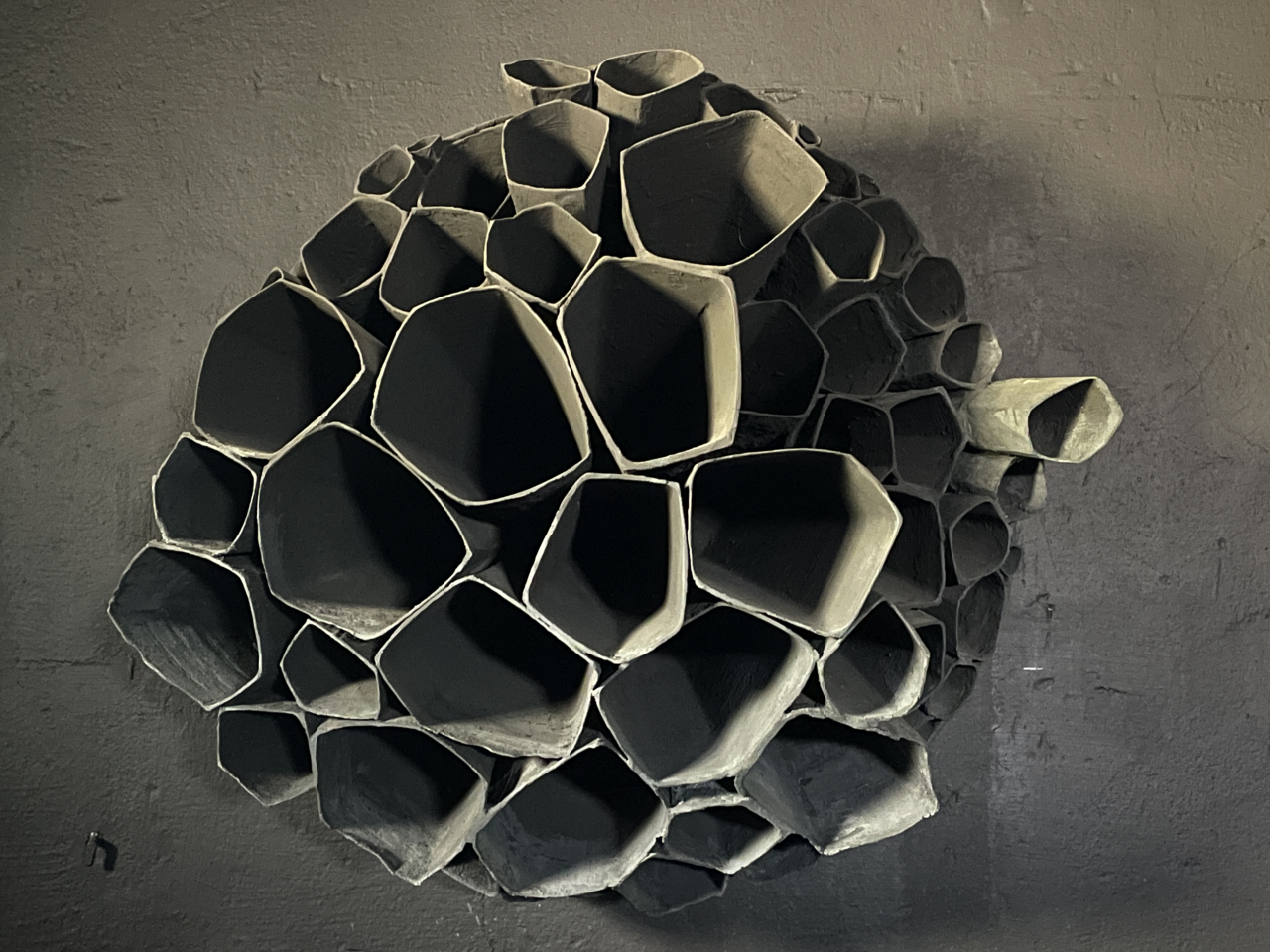 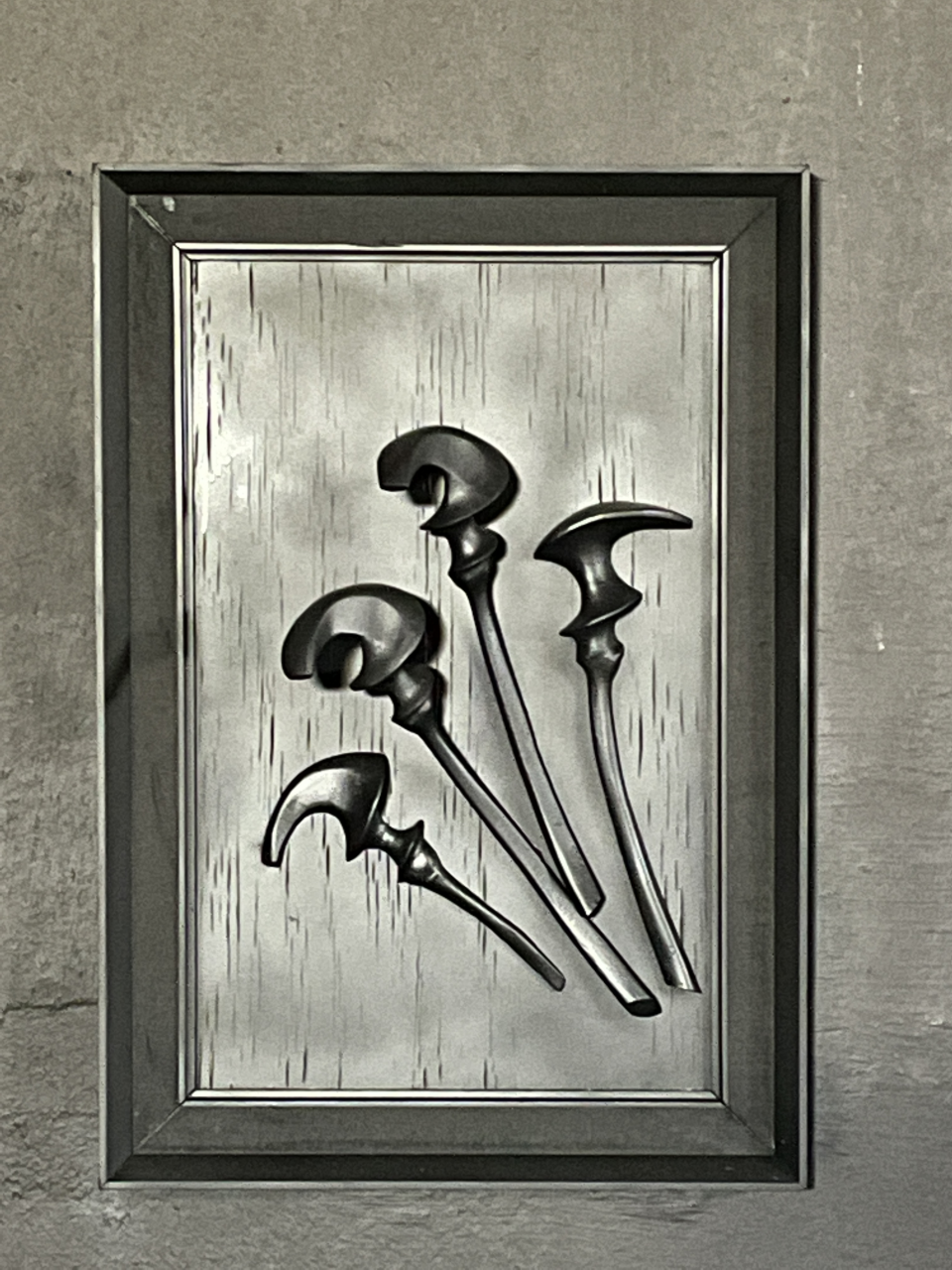 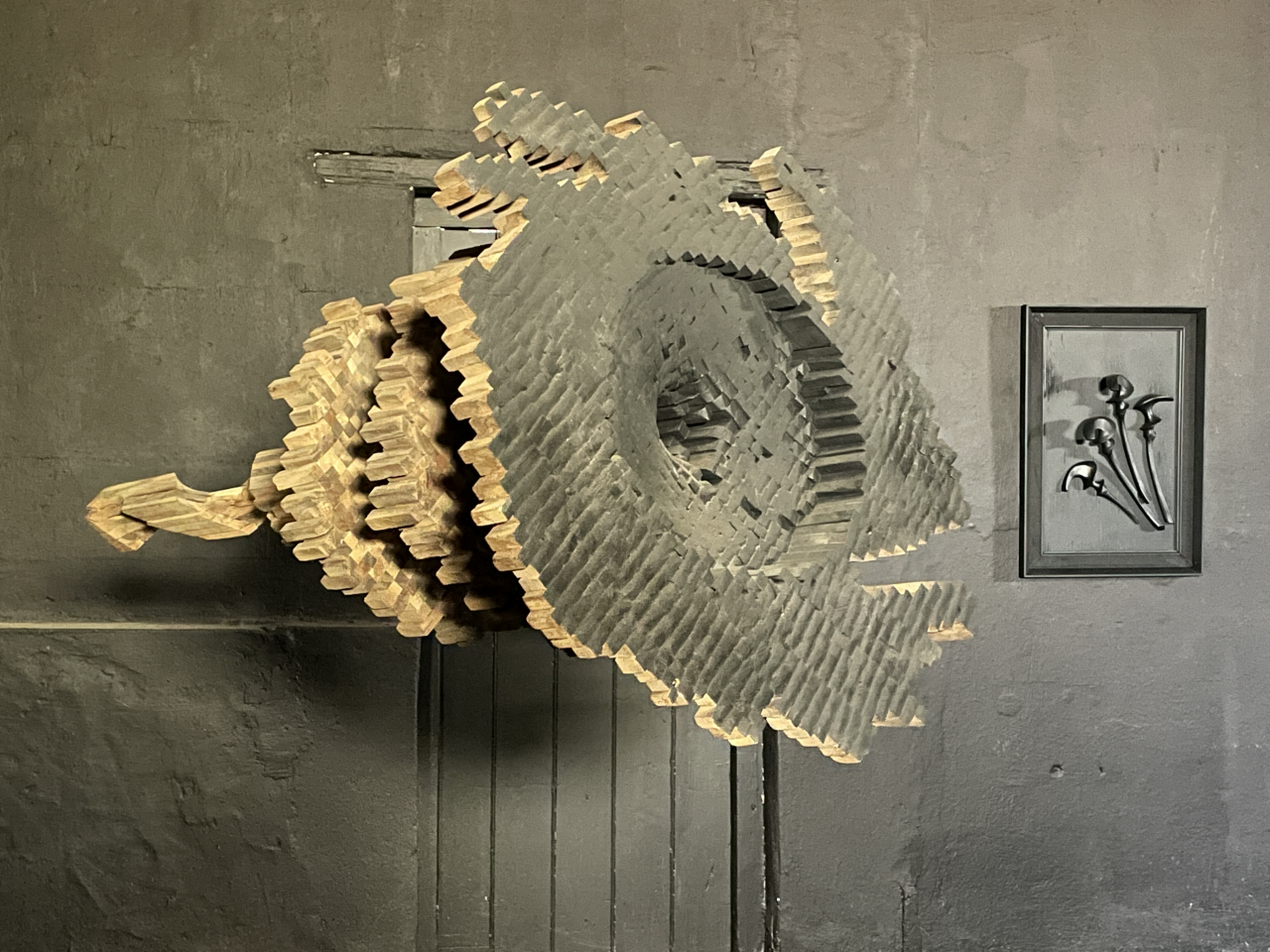 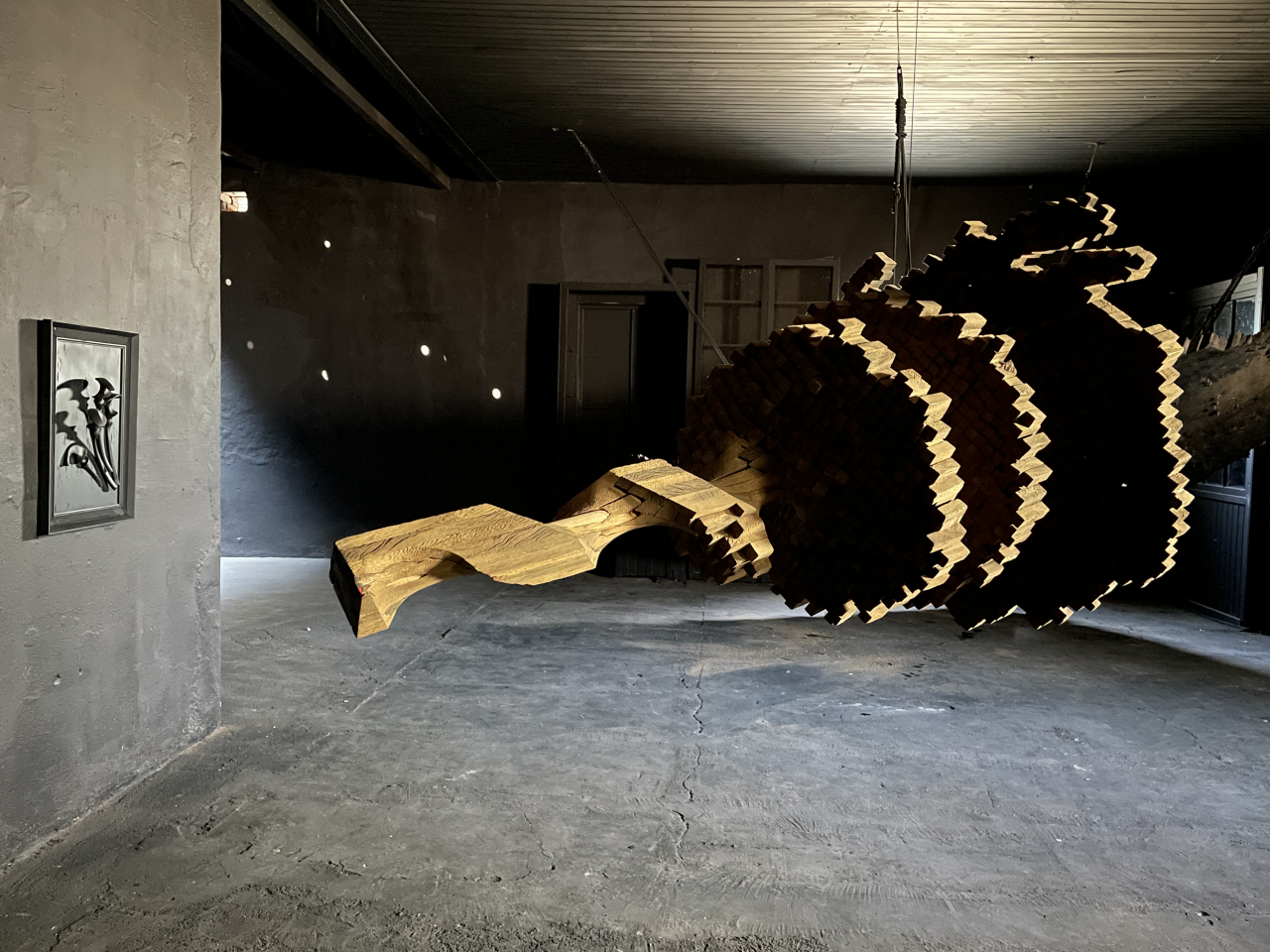 Forbes’s own process drives his practice. All that which occurs during the sinuous, supple process of making, is embraced; and it’s this that energises and ultimately resolves the works. Unpredictable effects emerge during the creative stages of development, they’re dictated by a transformative nature whose authority isn’t dismissed. 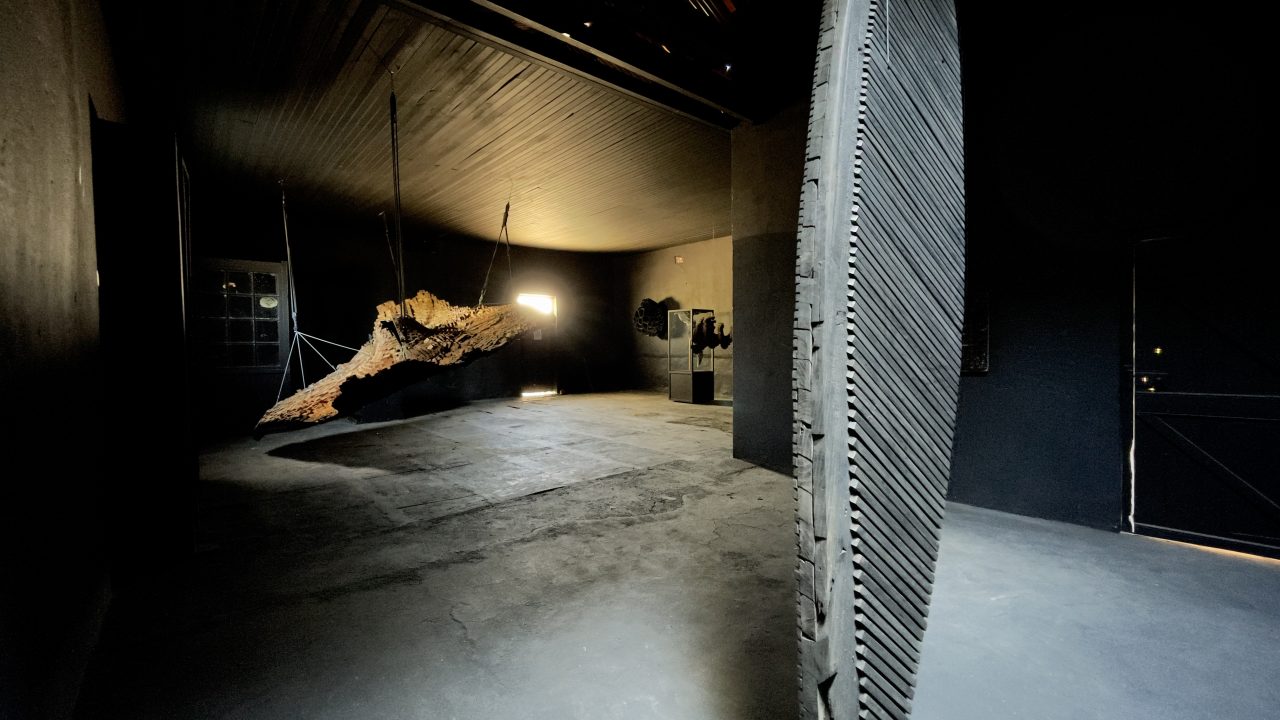 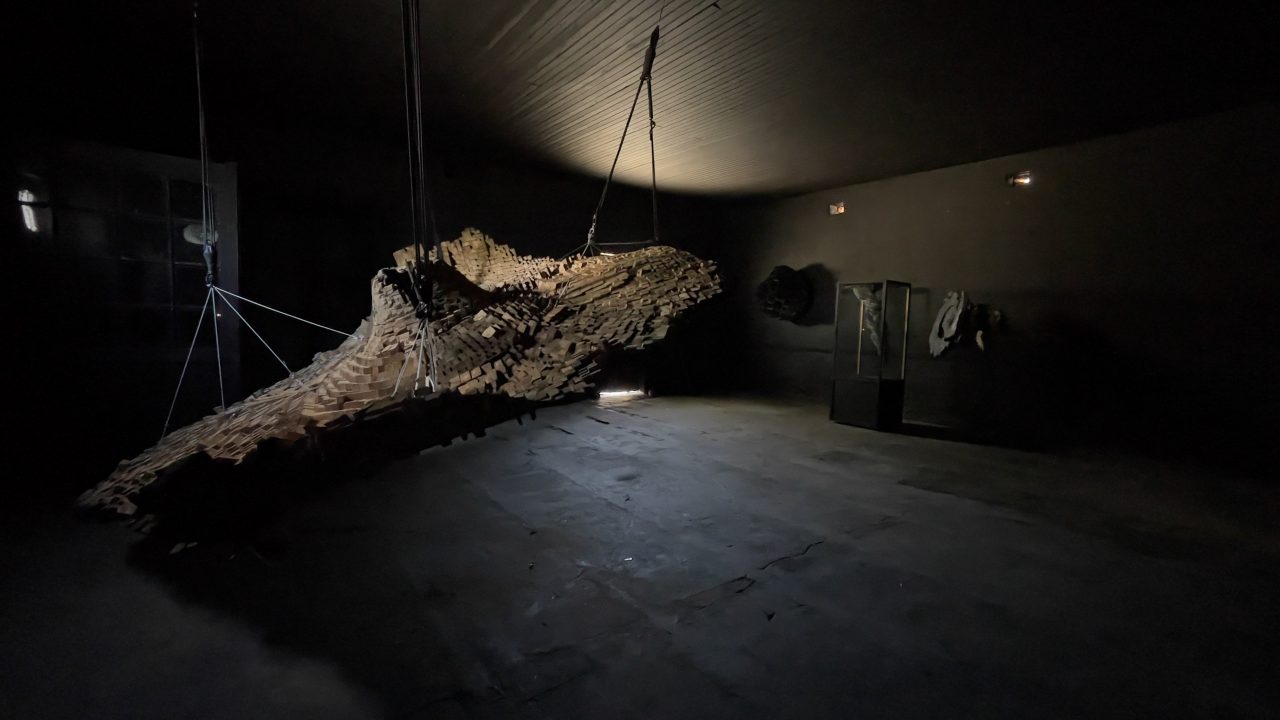 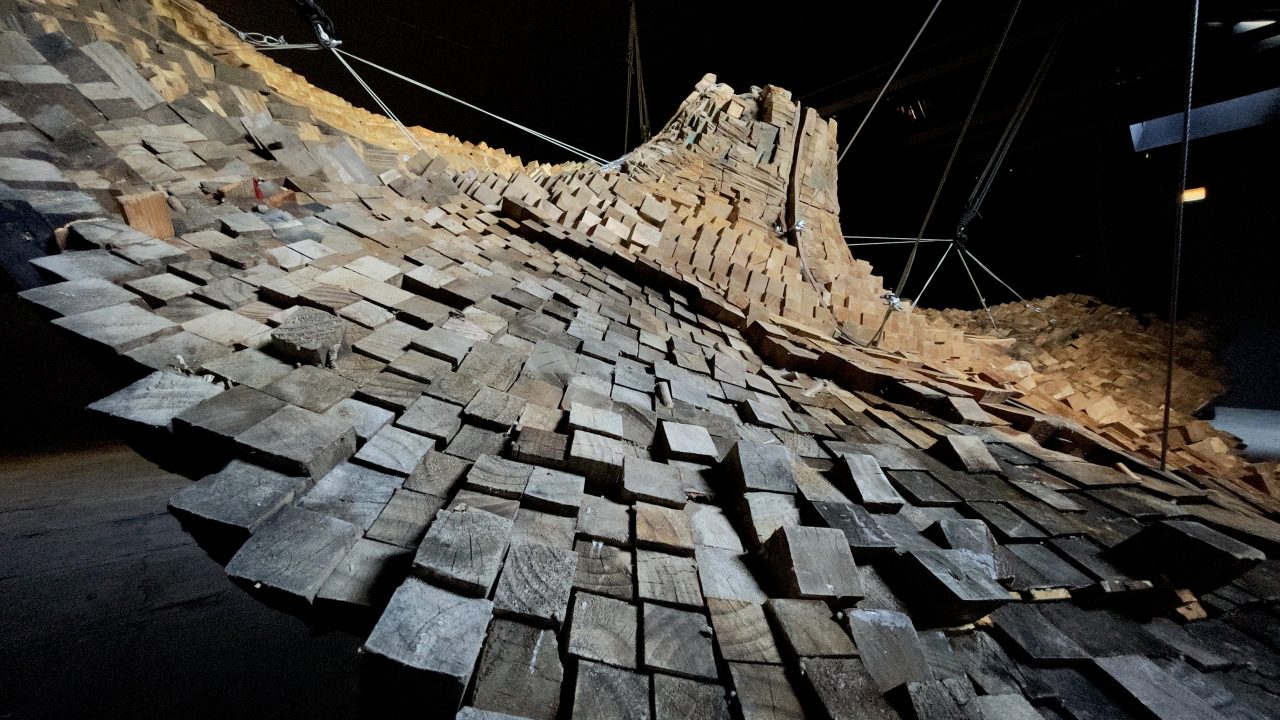 A strong emphasis is placed on physical engagement. This attention can be seen and experienced clearly in the textures, layers, and exploration of form translated from his hands into his work. Says Forbes, ‘I’m interested in the veil suspended between all things, the charged film of atmosphere. My art is a compulsion to gain experience with many different media and this toolbox of multiple disciplines allows me to explore every idea I have relating to a potential filamentary, liminal membrane separating everything. 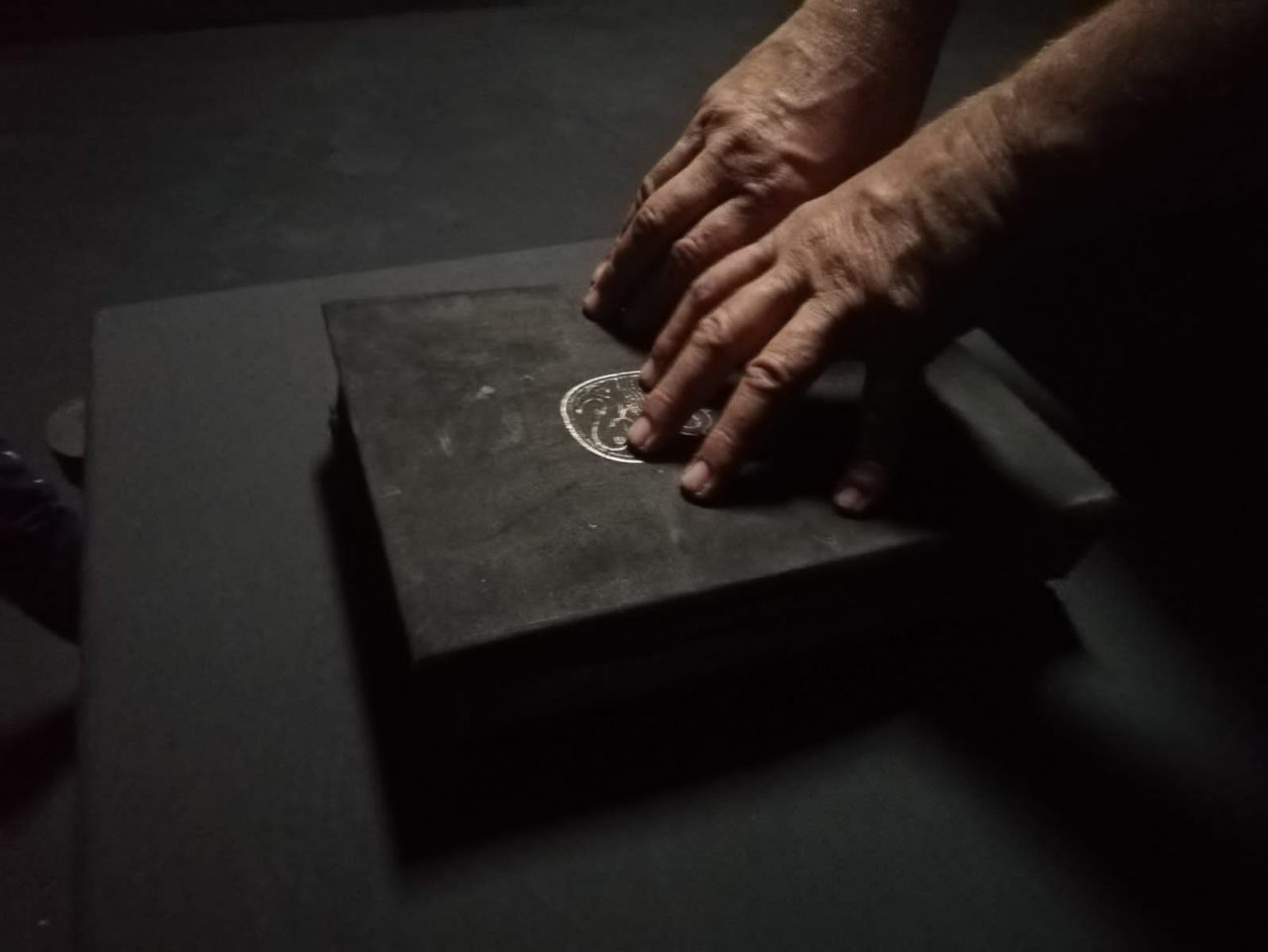 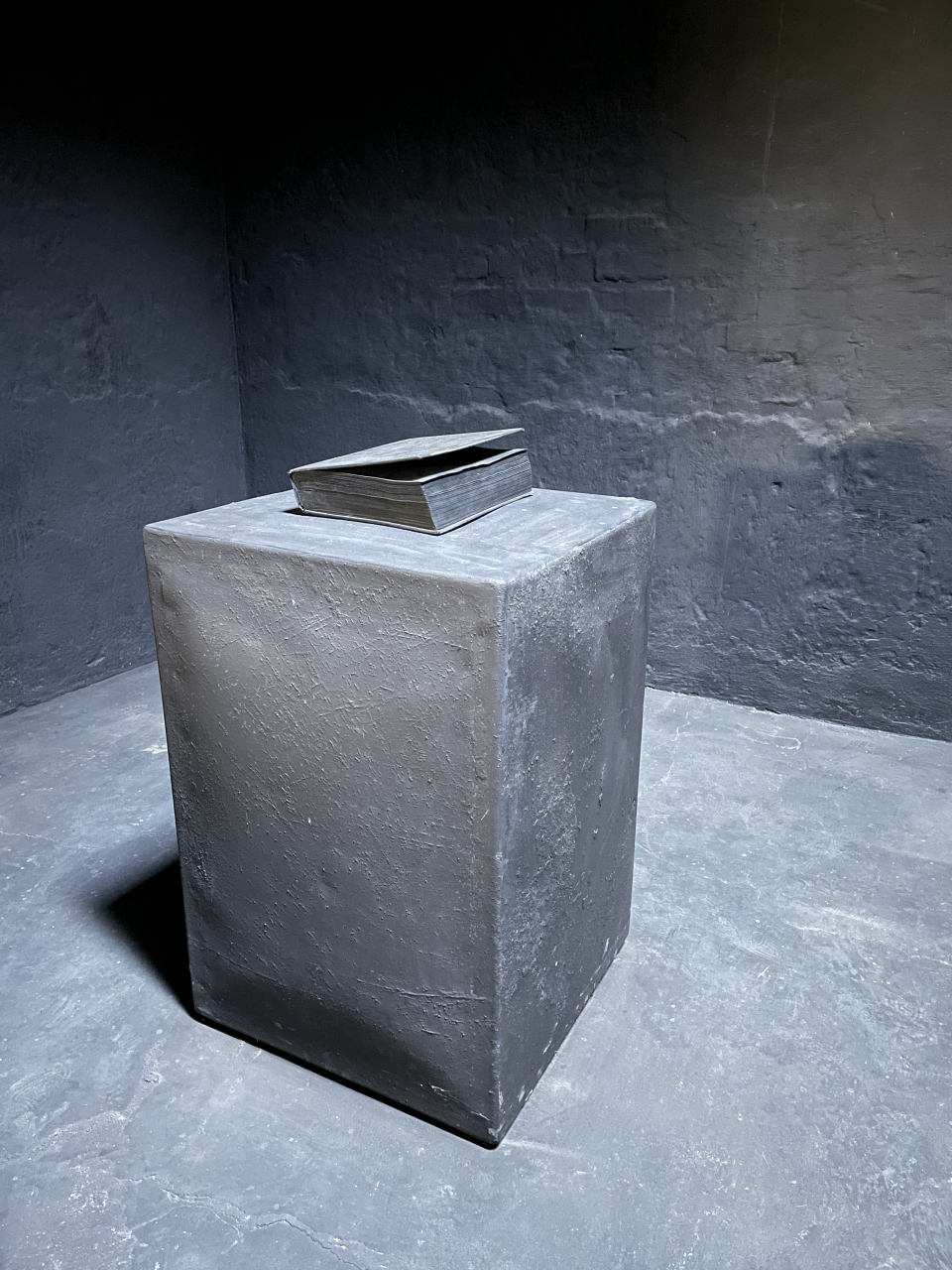 ‘My practice includes sculpture, installation, public work, land art, printmaking, painting, film, performance, document and drawing. Through collective and group practice, I seek out ways of reaching through that membrane to expand experiences and awareness.’

Forbes has had multiple solo exhibitions in South Africa, the United Kingdom, and participated in more than 40 group shows. His work stands in private collections and on public sites in the South Africa, United Kingdom, United States, Australia, The Netherlands, France, and United Arab Emirates. He’s curated two critical exhibitions, one 30-person group show and a dedicated solo for Rhett Martyn, an acclaimed Johannesburg-based visual artist and lecturer. He stage designed several sold-out plays, The Suit by Can Themba, directed by James Ncgobo at The Market Theatre, and Florence by Myer Taub; and has been a Guest Lecturer at Pretoria University, SA and a guest speaker at the university of Wisconsin, Milwaukee, USA.

Having moved away from Johannesburg to get new clarity and a quietening of self, Richard has his new studio in a barn on a farm outside the town of George, in the Southern Cape of South Africa. He hopes that the town will be officially renamed Outeniqua (Khoikhoi to mean ‘the bringer of honey’) – as the place is truer to that name. 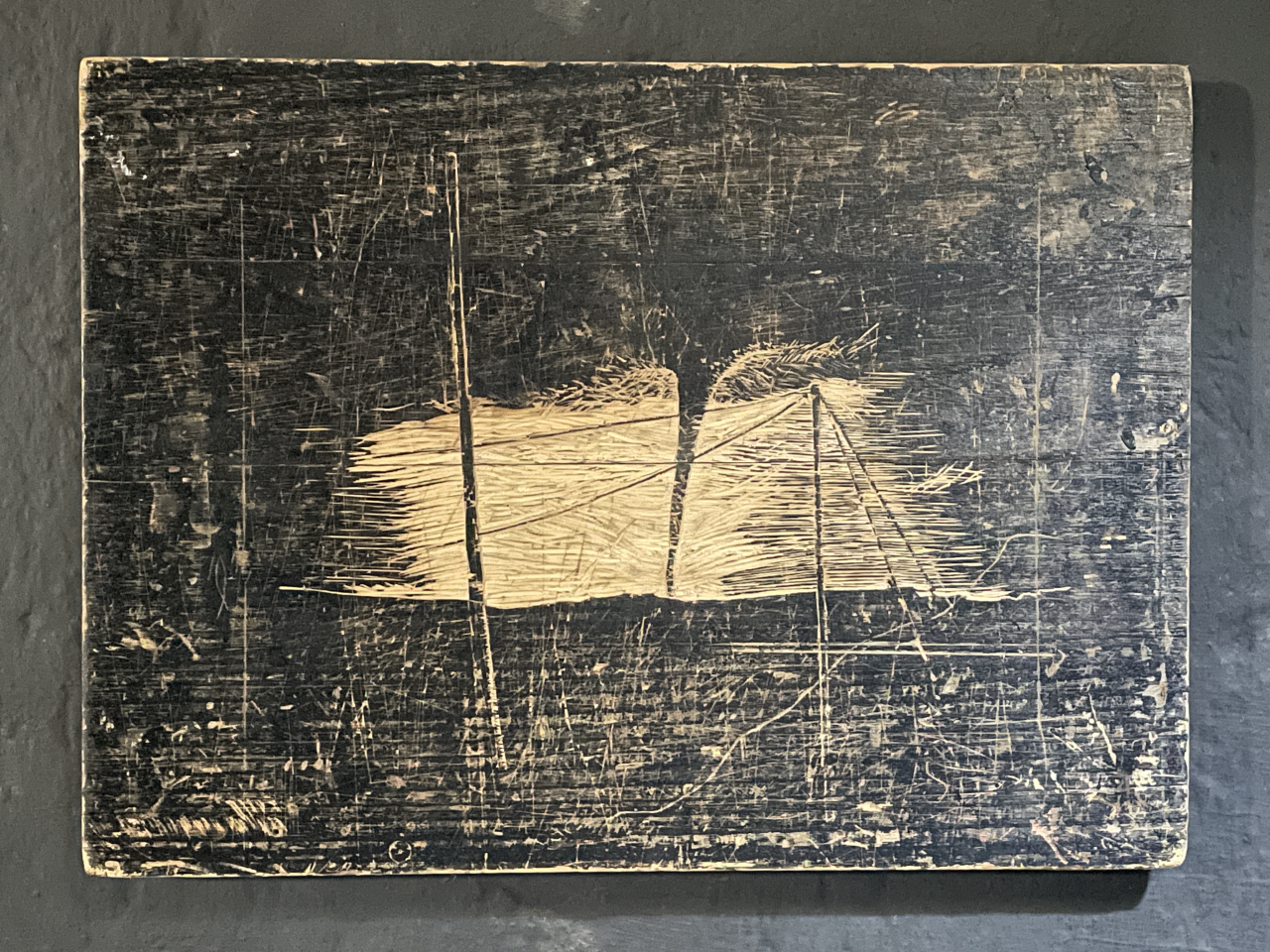 An Ode to Darkness

Black Room is an inversion, an Occlusion; a means to defuse the obvious and lean into the shadowy dreamy abyss,

To rediscover art as a feeling, a sensation.

all become acute in the peat black.

From bright, sharp light in the hot lands into the entoptic blur of adjusting sight,

Cave art, dwelling in the cool, shifting perception. What has not been seen

in the light has space,

What is hidden? Flowing tendrils of dark matter hold thoughts together, hold on tight! – Co-ordinates in place.

Navigate via the stars on the outer rim of the black hole.

a dance between the objects,

An Ode to Darkness read by Forbes’s niece Delilah Richie Kaufman who is 10 years old and lives in England: 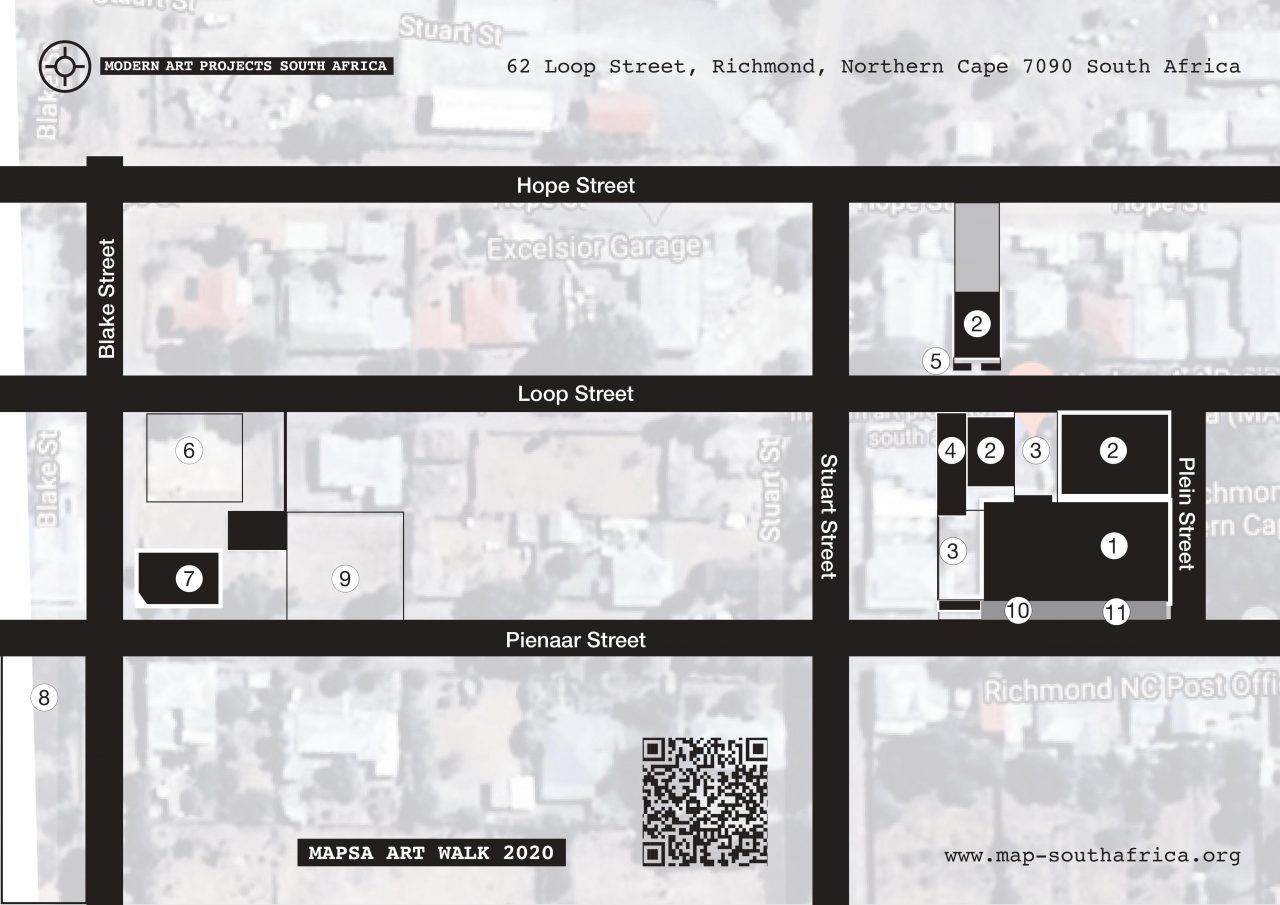 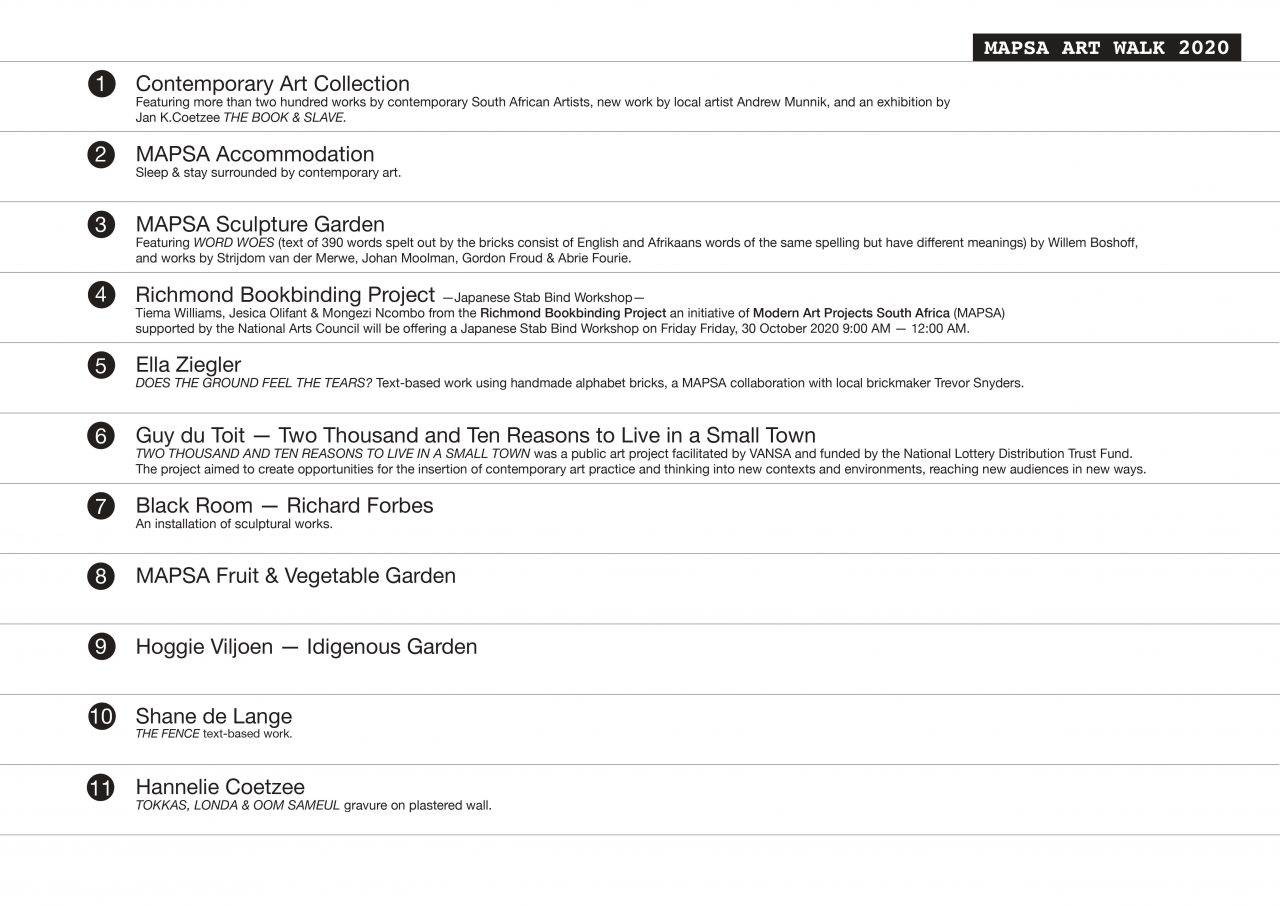 The way to the installation exhibition is through Modern Art Projects SA, MAPSA7090. The museum guide, Tino (Valentino) or one of the visiting directors, will take the visitor on the short, one block away walk past several other interesting art installations to the door of the old corner shop where you’ll find Black Room. 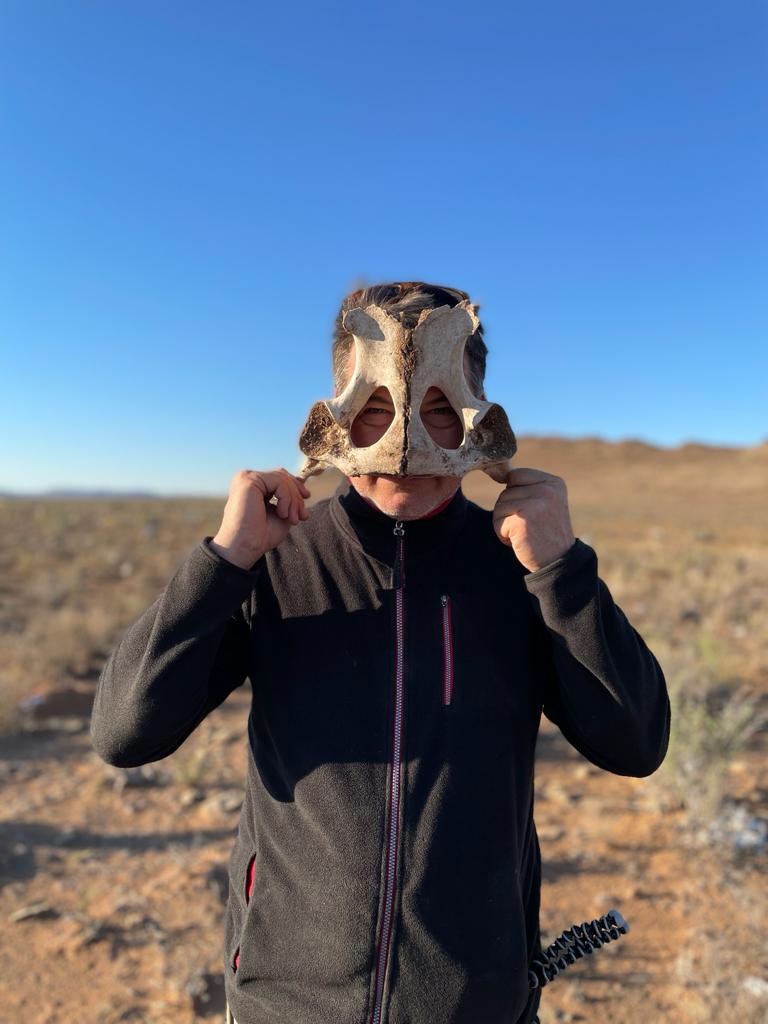 Visit this page to explore more about Richard Forbes and his portfolio of projects or to get in touch with the artist. Other notes about Black Room can be found here also.

all photography by Abrie Fourie