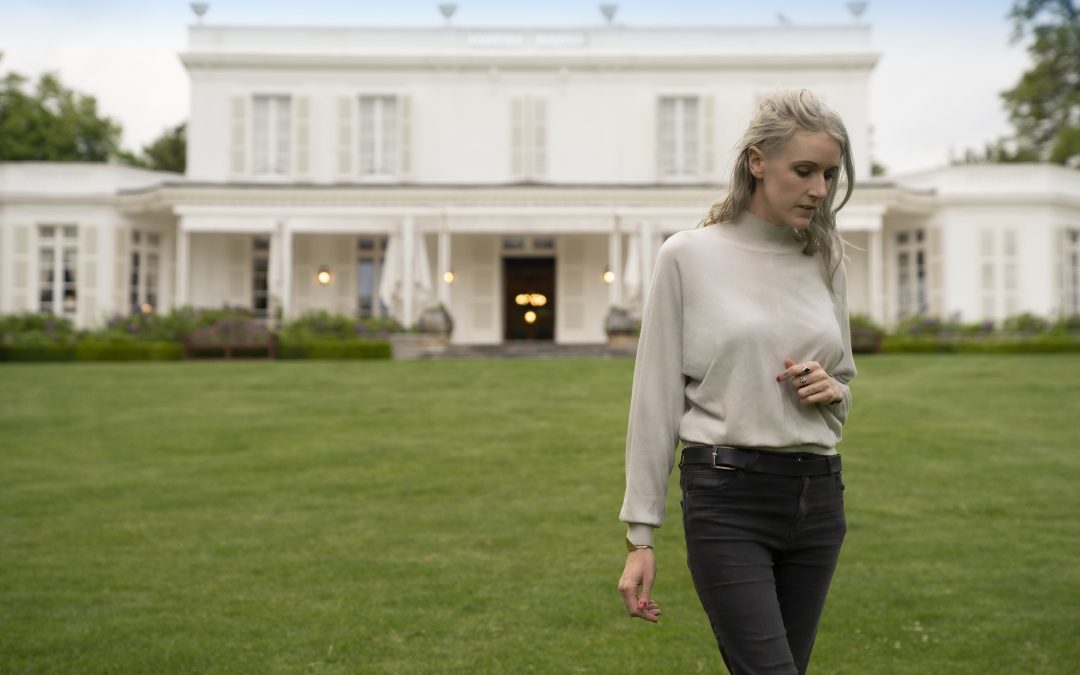 For the 10th annual Hennessy Very Special Limited Edition, Maison Hennessy collaborates with acclaimed South African street-turned-studio artist Faith XLVII – the first South African artist to be part of the series. At the root of Faith XLVII’s artistic journey from graffiti artist and muralist to studio artist is a desire to foster healing and awareness about the interconnected nature of the universe.

In a decade of artistic collaborations within the Hennessy Very Special series, Hennessy has partnered with some of the art world’s leading visionaries. Faith XLVII is also the first female voice to join the Limited Editions series; a formidable artistic lineage that features internationally acclaimed talents such as Felipe Pantone, Vhils, JonOne, Shepard Fairey, Os Gemeos, Futura and Kaws. 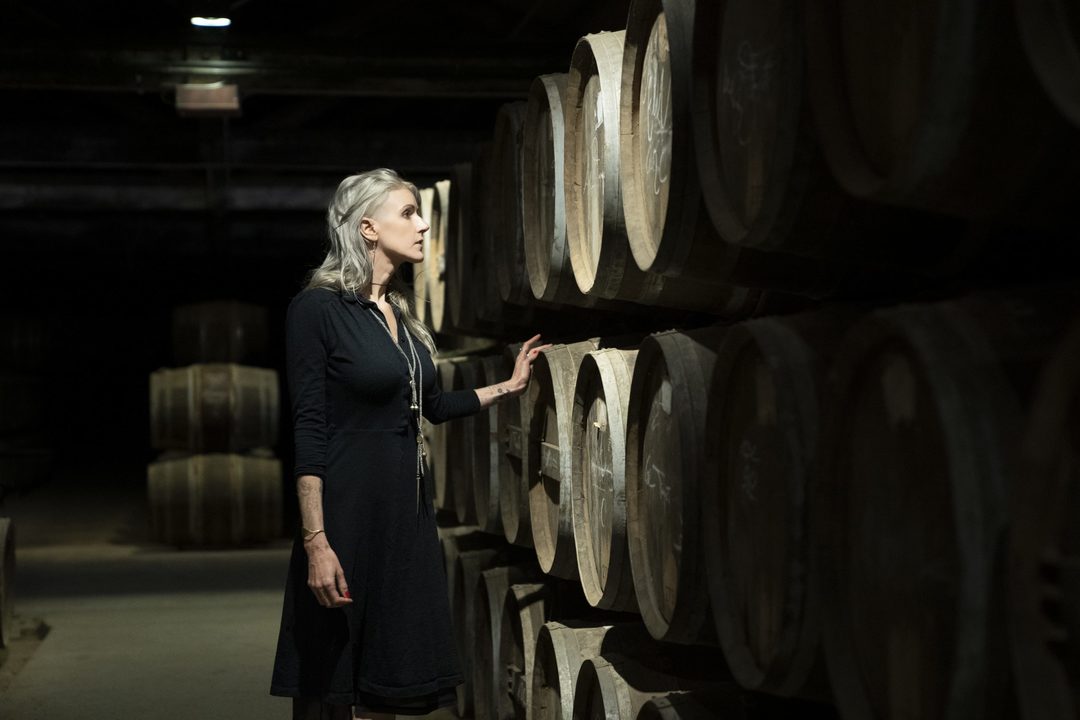 Pascal Asin, Managing Director, Moet Hennessy Africa Middle East, says, ‘This marks an exciting new chapter in the Maison’s tradition of fostering partnerships with artists who are part of a global movement. Through it, Hennessy reaffirms our commitment to supporting emerging talent that strives to effect positive change at community level. It has been a privilege to work with Faith and to reflect on the artistic synergies between our art forms. We believe the result is extremely striking and encapsulates much of what we both stand for.’ For Faith XLVII, the artistic journey is ‘a form of alchemy’, a description that naturally chimes with Hennessy’s process. 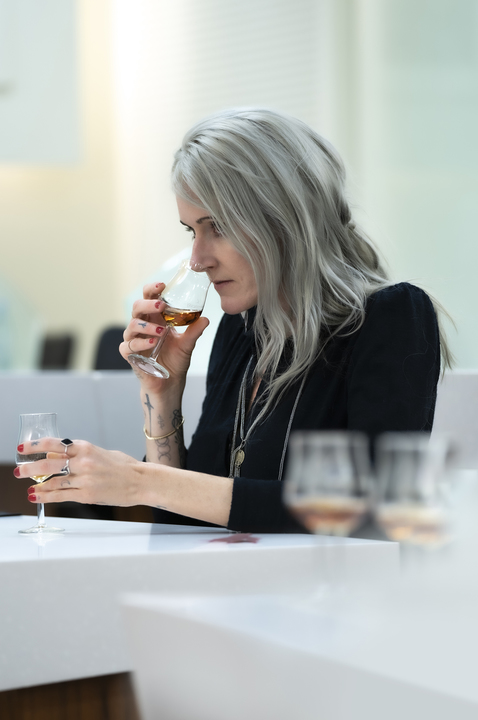 Says the artist: ‘It’s an energetic phenomenon. We’re seeing a shift in perspective toward protecting nature, the earth, animals and the environment.’

A self-taught talent, Faith XLVII developed her artistic signature independently, building her vision as she grew up in South Africa. Early on, she became a rare break-out artist in the male-dominated graffiti scene. After first gaining notice under the tag Faith47, her signature evolved to become Faith XLVII.

‘There weren’t a lot of women in the space at that time, so I felt the need to challenge the kind of the status quo in a masculine environment,’ she recalls. In her work, she addressed South Africa’s complex social dynamic from a female perspective, and, notably, in a series based on the Freedom Charter. 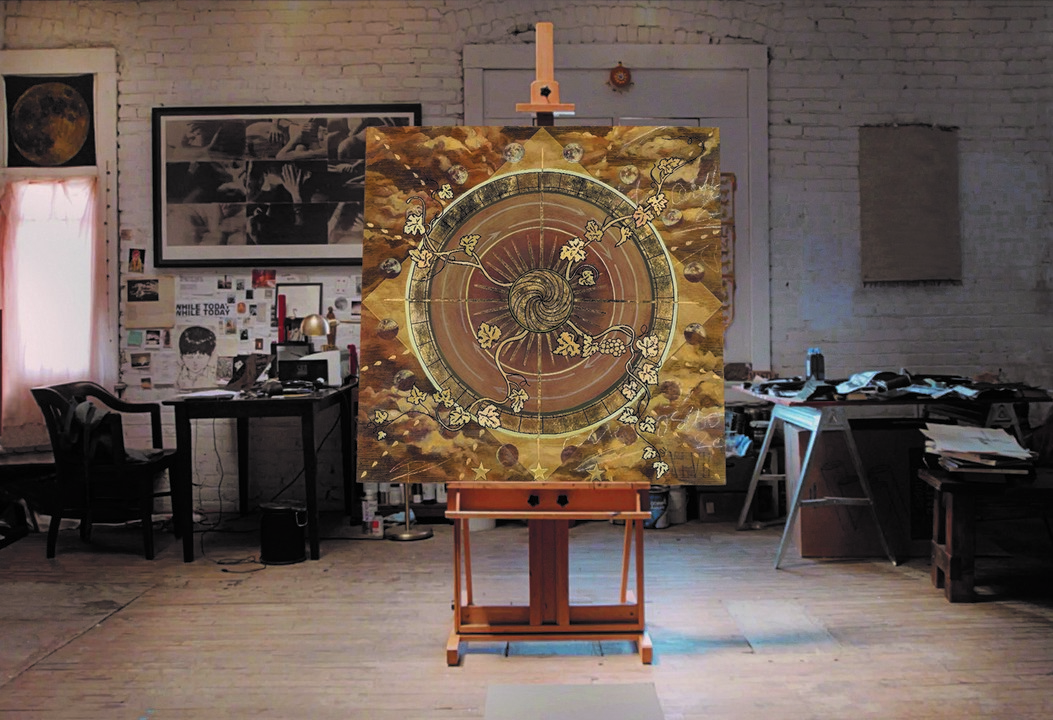 In 2017, Faith XLVII relocated from Cape Town to Los Angeles, where she continued to expand and redefine her practice. Today, she is a leading player in the international art scene, yet she sees herself as ‘a citizen of the earth’, part of a wider community of ‘woke’ artists. Through her site-specific works in urban spaces, she seeks to connect with local communities: her monumental black-and-white murals depict animals and mystical creatures as well as symbols of human commonality like maps, hands, and interlaced figures.

‘My roots run deep,’ she explains. ‘What I learn when I create is the cumulative result of an entire life experience.’ For her, this 10th anniversary collaboration is part of a new cycle of creation that begins with Hennessy Very Special. It also opens a fresh chapter. ‘Collaborating with Hennessy dovetails perfectly with things I am always thinking about: the cycles of nature, the phases of the moon, the seasons and a circle-like cyclical time — and just how all of these things make us alive.’ 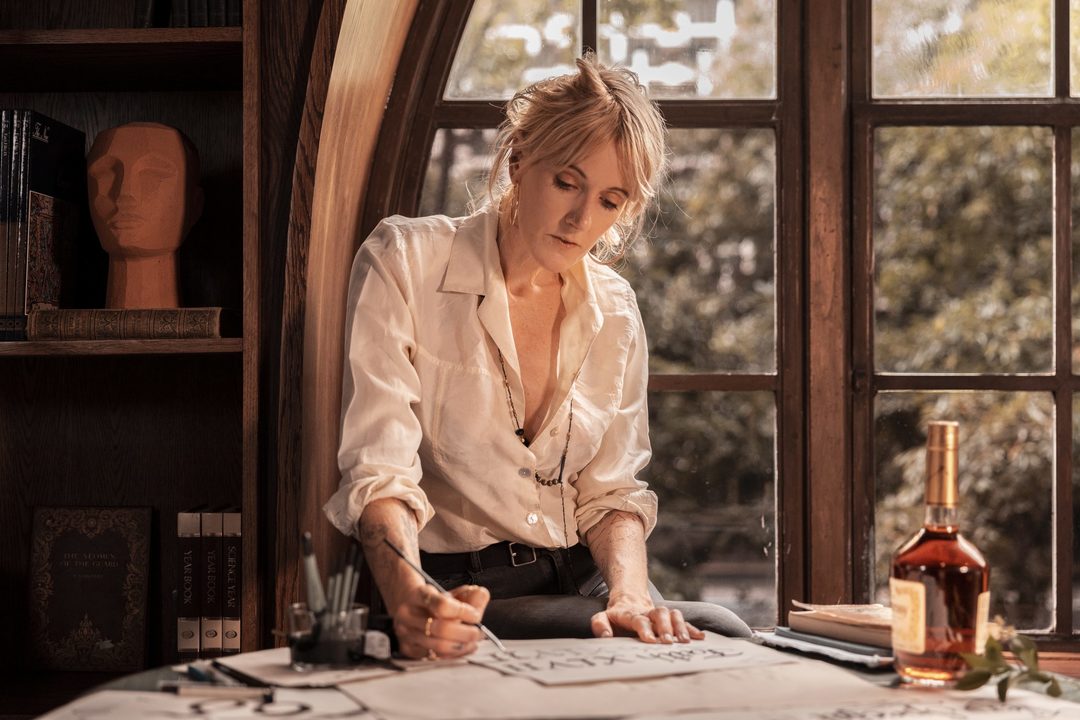 For the 2020 Hennessy Very Special Limited Edition, Faith XLVII has created a powerful work of art representing Hennessy through the elements, earth and the cycles of nature. With the sun and time as central elements, intricate detail pays tribute to nature via references to the moon, rain, clouds and grapevines accentuated in precious gold leaf.

Upon her first visit to the Chateau de Bagnolet, the Maison’s historic seat in Cognac, France, one of the initial things Faith XLVII sensed was the luxury of time that goes into crafting Hennessy Blends. In her eyes, the complex process of selecting eaux-de-vie – a process that relies on centuries of savoir-faire – offered a soothing antidote to the high-speed digital age.

Says Faith XLVII: ‘Hennessy is rooted in very simple principles, which seem the same as they were when they started more than 250 years ago. To me, it’s really beautiful to be connected with a completely natural process.’ The bridge between Hennessy’s universe and her own immediately became self-evident. 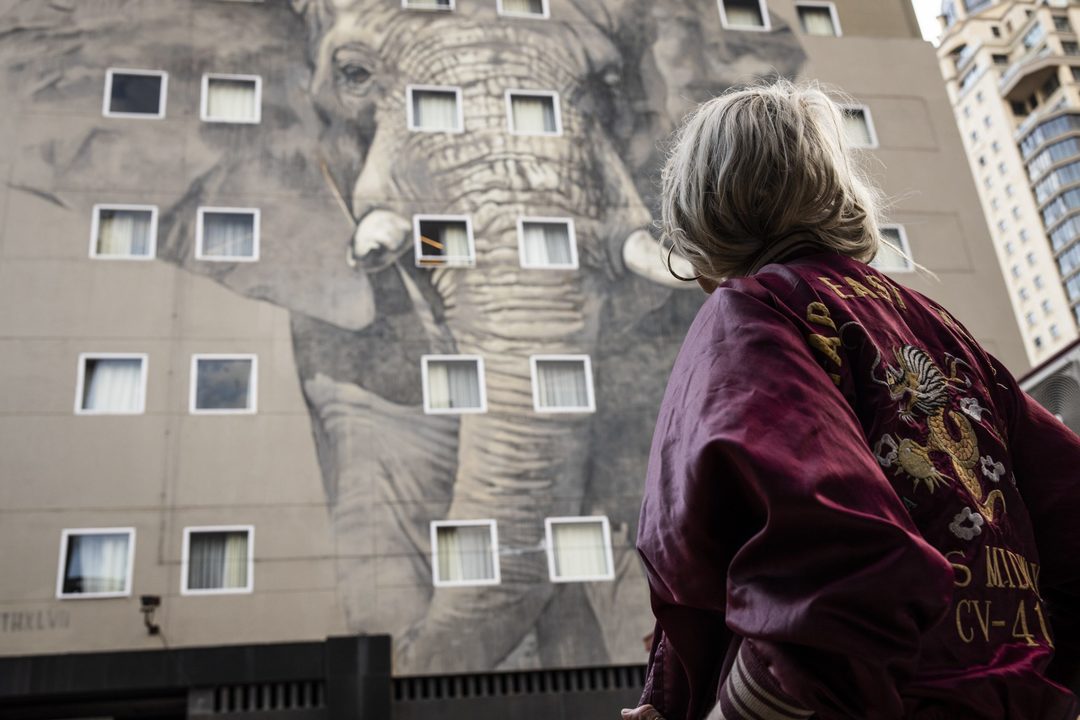 ‘In my work, I take the time to seek out form and be considerate of raw materials. There’s a kind of organic alchemy to the process, which is also true of the way Hennessy works. In a way we are both taking basic substances and creating something new. My process is similar to the Master Blender’s selection of eaux-de-vie, in that you take basic elements and use them over time to craft something extraordinary.’

A palette inspired by natural colours combines gold elements with peachy, sunset tones, while striking graphic lettering pays tribute to the chalk inscriptions on age-old barrels stored in the Founder’s Cellar in Cognac.

‘Hennessy doesn’t look at an art movement as a genre. It’s more like a blending of cultures: the House seeks out interesting work within a larger movement and gives talents whatever they need to be creative and advance their art,’ observes Faith XLVII.

Faith XLVII is being welcomed into an interconnected global community. Building on the Maison’s commitment to forging ties with pioneers of urban culture, Faith XLVII has created a work of art that not only ushers in a new creative chapter in her own career, but also an evolution in Hennessy’s horizon. Henceforth, the House will expand its celebrations of urban culture to new frontiers, welcoming fresh voices across creative categories in addition to the visual arts. 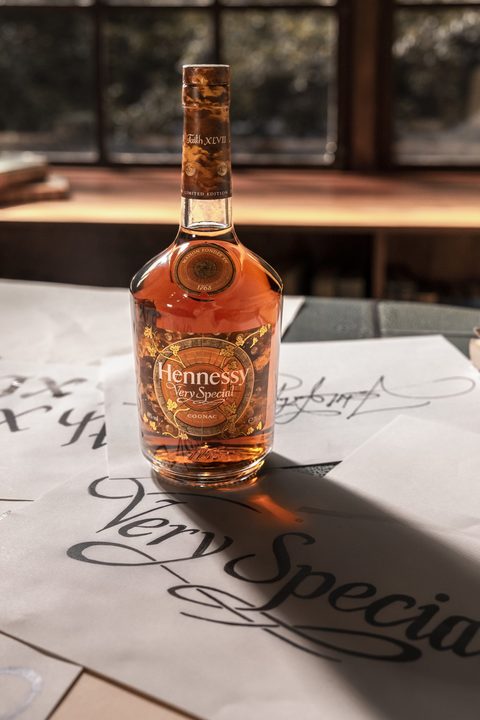 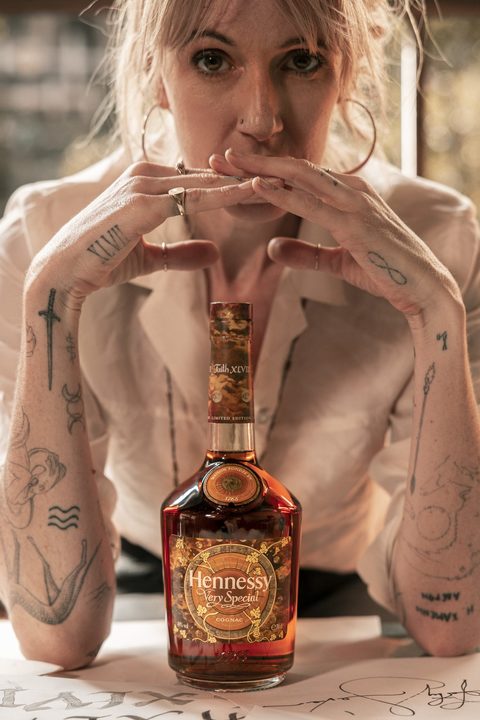 Hennessy Very Special has a unique style that makes it a reference in the art of blending in bringing together warm-hearted and full-bodied flavours. This know-how has been passed down through generations, to the delight of connoisseurs in search of a very special moment. It is a cognac appreciated by tastemakers over the world. 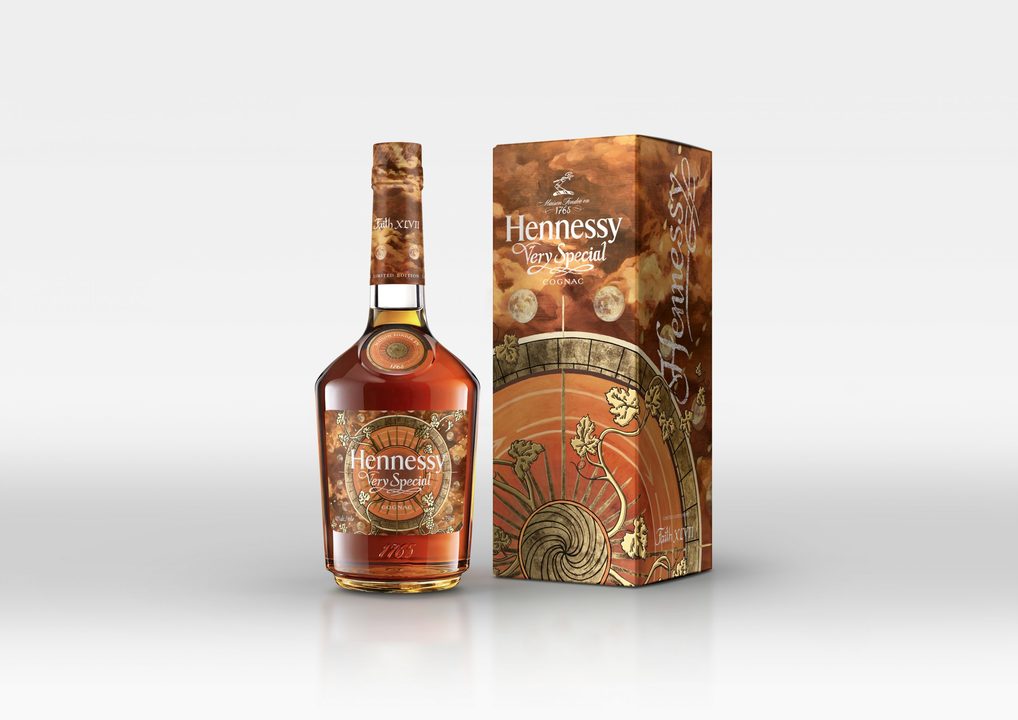 The leader in Cognac, the Maison Hennessy has shined around the world with its exceptional know-how for more than 250 years. Built on founder Richard Hennessy’s spirit of conquest, the brand is present in more than 130 countries. Based in the heart of the Charente region, Hennessy is also a steadfast pillar of the regional economy.

The House’s success and longevity are rooted in the excellence of its cognacs, each of which is born of a unique process of transmission of know-how from generation to generation. The first spirits house to be certified ISO 14001, Hennessy unites its capacity for innovation and the support of all of its partners to protect this exceptional area. As a crown jewel of the LVMH Group, Hennessy is a major contributor to French international trade, with 99% of production sold in export, and a worldwide ambassador for the French art de vivre.

The limited edition bottle is available in retailers nationwide, retailing from R499.99