Semaphore Presents Anomalies: A Celebration of African Photography and Art 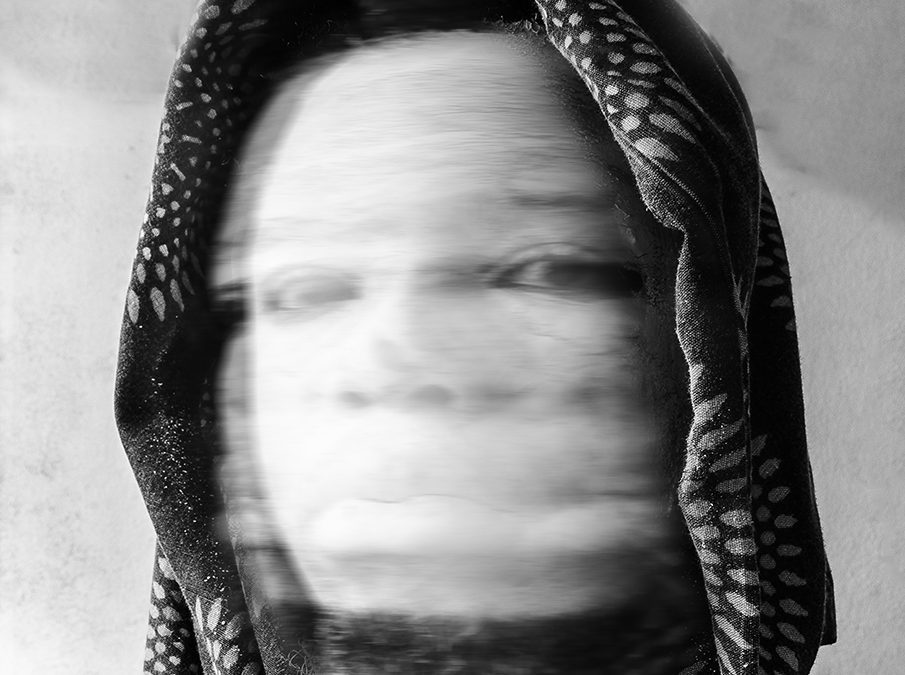 Eight artists/photographers will participate in Anomalies, Semaphore’s fourth exhibition since its inauguration. The opening of Anomalies will take place from 5 to 8 p.m. on Thursday 20 April in Neuchâtel, Switzerland. The exhibition ends on Monday 22 May.

The apartheid regime, South Africa’s mode of government from 1948 to 1991, is the anomaly in Vincent Bezuidenhout’s series Separate Amenities. Bezuidenhout explains, ‘Recreational spaces, including beaches, parks, walkways and swimming pools, previously functioned as separate facilities for different racial groups at every level of society,’ This social engineering ‘led to spaces of ambiguity, incongruity and ultimate failure.’ Green Point Common, ATKV Playground, King’s Beach and Wild Waters show leisure areas or facilities that were ‘whites only’ zones. 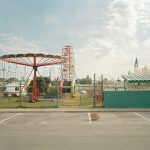 In Mandisa Buthelezi’s series Izithunzi zami the setting is not South Africa, as a cursory appreciation of the photographs would suggest, but France, where the artist had a residency in 2016. Feeling out of place in a foreign country, she created photographs that speak ‘of the different shades of self and of history’ that make up a person. ‘Izithunzi zami’ is Zulu for ‘my shadows’, a reference to the ancestors, who, like shadows, may escape notice most of the time, even though they are always present. Her inward search for her identity results in an outward projection – the longed for country replaces the temporary, foreign place of stay. The French surroundings, the anomaly in this body of work, is metamorphosed. 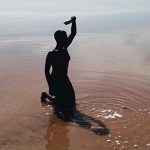 Tatenda Chidora chooses to treat unusual natural phenomena in human beings as things of beauty and photographs his subjects as glamorous models. The rarity of a phenomenon – a fleshy growth or a lack of melanin – makes it a paragon rather than an imperfection and draws the attention of the spectator to the aesthetic qualities intrinsic to it. The unusual is not the abnormal but the marvellous. 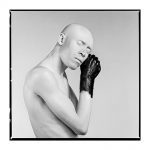 Matthew Kay’s series The Front focuses on a space created in post-apartheid South Africa for the 2010 football world cup: the promenade on Durban’s beachfront. This body of work is a study of a zone that Kay thought he knew and understood but which became a strange and uneasy place once closely inspected. This ‘attempt at a truly integrated space’ has been a success to some degree since it ‘is a communal space that has regenerated Durban’s beach culture’ and ‘is unique in that it is free from many of the social constructs of other public spaces.’ However, Kay explains, ‘the old lines of segregation are lingering just below the surface’ while new socio-economic divides also become apparent within it. 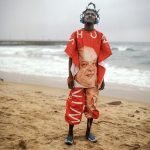 Izangoma is a series by Alice Mann that portrays South African traditional healers. Westerners often refer to them as ‘witch doctors’, thereby, Mann believes, ‘perpetuating various misconceptions about traditional healers in contemporary African society’. They are often stereotyped as a throwback to ancient, primaeval times and an anomaly in today’s world. Mann explains that ‘in many African cities [their] traditional practices have become seamlessly fused with modern and contemporary lifestyles’ and their work is understood ‘to compliment and promote modern ideals of health and wellness.’ The women portrayed here live in large cities and hold mid to high-level positions in conjunction with their roles as ‘izangoma’. 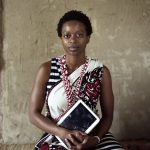 In his series Who Let The Beings Out? Siwa Mgoboza sets his contemporary creation, a being from the imaginary future land of Africadia, against a backdrop of traditional African artefacts and antiques. At first glance, this character, a new representative of Africa in terms of art and vision, seems out of place against the objects of an older, more traditional Africa. However, a closer reading of the images brings out the tropes that unite the two worlds: masks, performance and ceremony play important roles in both. 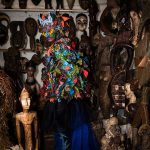 MGOBOZA: Who Let The Beings Out

In his series La carriere de granit Mohamed Ouedraogo visits a place that sits uneasily with our conception of the modern world: a stone quarry in the west of Ouagadougou, where men, women and children do heavy and dangerous labour to earn CFA 1 000 (approximately R 22.50) a day. ‘Here work and time do not have the same value as elsewhere,’ Ouedraogo states. The workers are in permanent danger of injury and breathe in an air filled with the smoke of burning tyres and the dust from broken granite. Some of them wear clothes that bear the logos and trademarks of a contemporary capitalist economy. The contrast is a cruel irony but perfectly symbolises the vast schism between the haves and the have-nots in a globalised society. 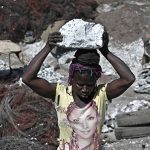 In his series of monochromatic self-portraits, Simanga Zondo depicts inner states of mind that are not always considered ‘normal’ or ‘standard’. He highlights the pain of introspection as he sees it: an ‘act of looking into one’s own self and having to deal with inner unresolved issues and subjects.’ In this conversation with himself, he portrays mental states as physical events in a striking way.

Semaphore‘s mission is to offer talented artists the opportunity to exhibit art that uses hybrid forms of expression establishes cross-cultural conversations, has a distinctive personal character and/or engages in socio-political commentary.

Semaphore is located in Neuchâtel, halfway between the Swiss art hubs of Geneva and Zurich, and near Basel, home to one of the most prestigious art fairs in the world.