The Brave Message in Spontaneous Confidence, Colour and Humility 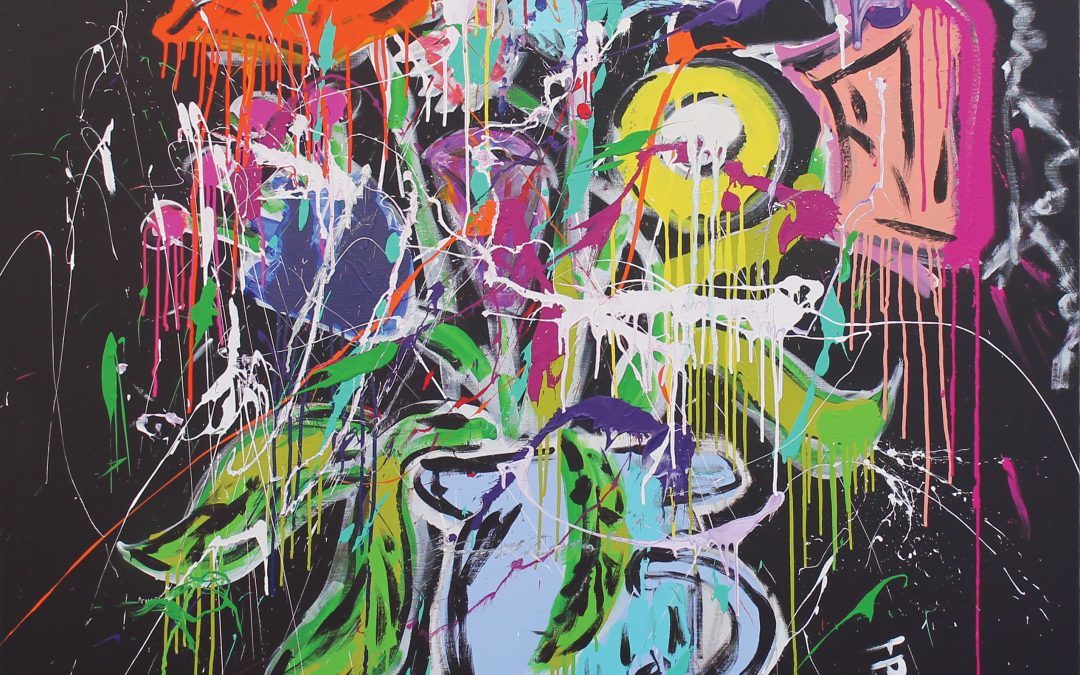 Helder Batista is essentially a self-taught artist who was born in the south of France in 1964 and briefly attended evening classes at the École des Beaux-Arts (School of Fine Arts) in Paris. His work manifests in the mediums of sculpture and painting and his subject matter is approached playfully, welcoming discussion, but resisting projections. The artist lives and works in the southwest of France.

Multidisciplinary, Helder employs different materials such as resin, inclusion, concrete, wood, neon, oil and acrylic paints. He sculpts and paints everything that causes concern in him. His art is often ambiguous and symbolic, he assures: ‘Art is a freedom of expression of which only the artist limits the borders.’ 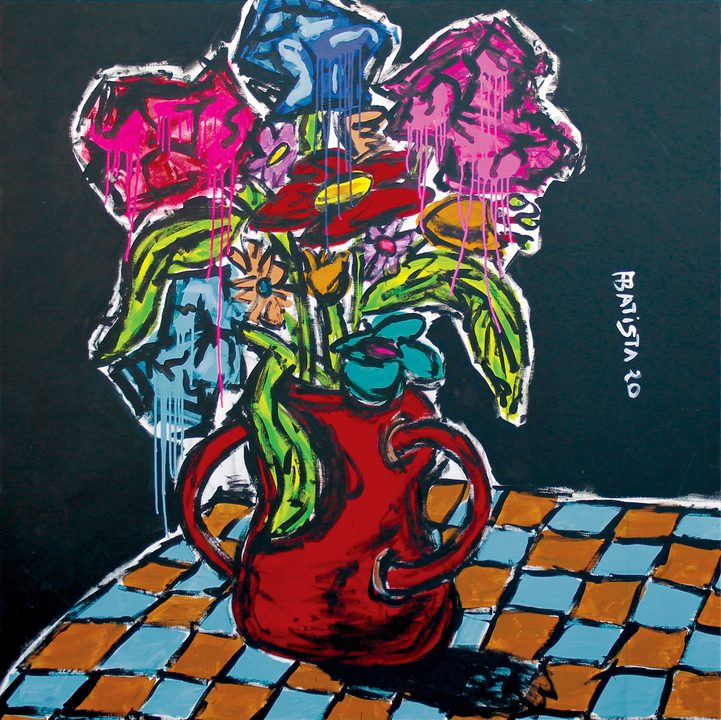 Exploring the genre of Abstract Expressionism, he tries to represent things as simply as possible – without any excess frills – so that people can project their own ideas and their own visions on his work and his representations of a flower pot.

Abstract Expressionism is the term applied to forms of abstract art that were developed by American painters in the 1940s and 1950s. Often characterised by gestural brush-strokes or mark-making, and the impression of spontaneity. The name evokes their aim to make art that while abstract was also expressive or emotional in its effect. They were inspired by the surrealist idea that art should come from the unconscious mind, and by the automatism of artist Joan Miró. 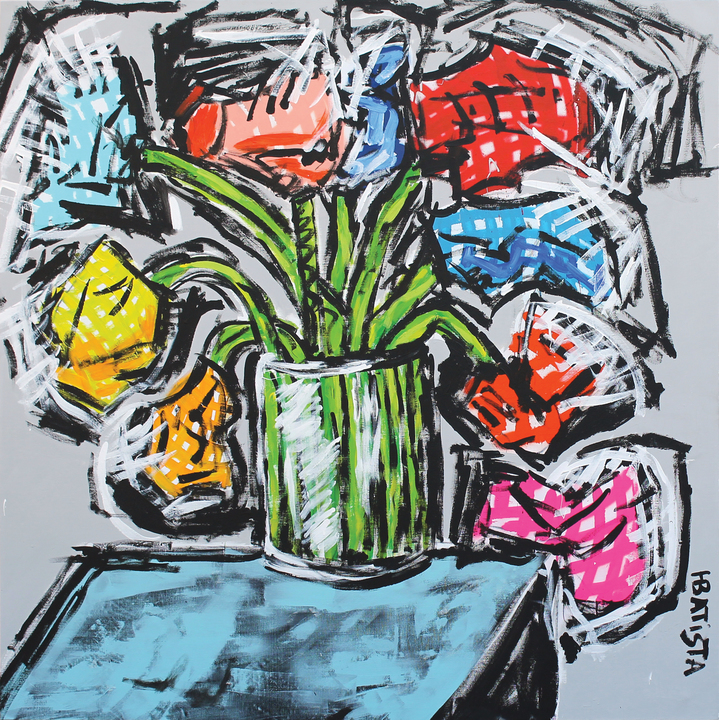 Like that movement, Helder Batista brings an element of simplicity and spontaneity to his brilliant content. Like many of the best artists, he has evolved a stylisation that makes his work instantly recognisable. It is evident that his art flows from within him and out with ease.

All works are acrylic on canvas. 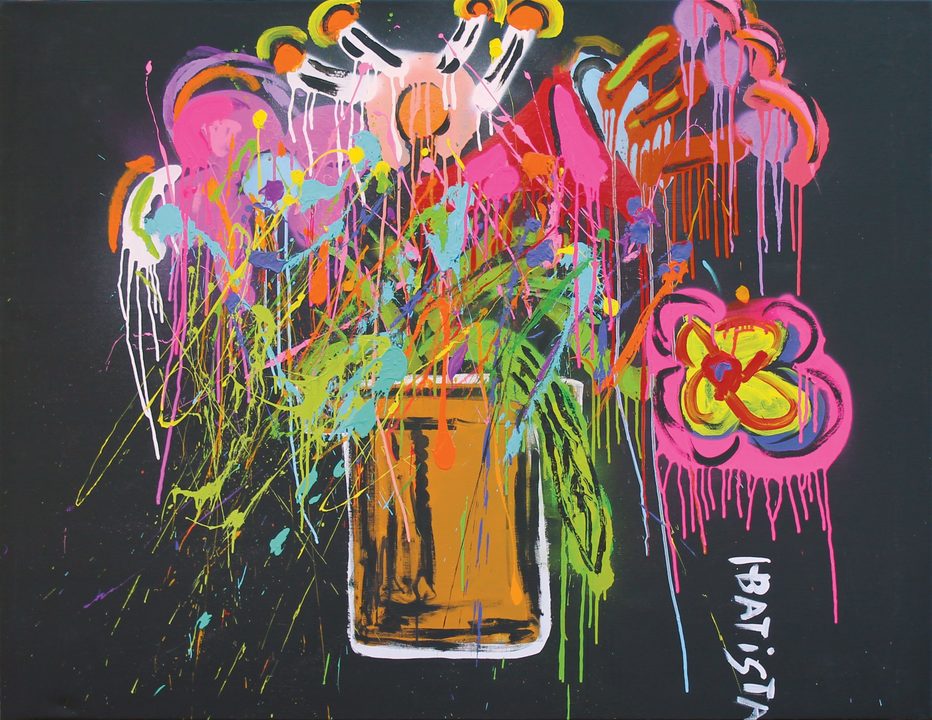 Hout Bay Gallery is proud to be representing the artist in South Africa.

Hout Bay Gallery was established in 1984; and in 2005 it moved into the current premises on the Atlantic Seaboard, designed by architect Peter Muller of Studio 4. The gallery features paintings, sculpture and furniture with a contemporary focus and has been a launching pad for many artists, including Richard Scott, Paul du Toit, Alastair Gibson and Sarah Danes Jarrett.