Chopard at the Mille Miglia 2019 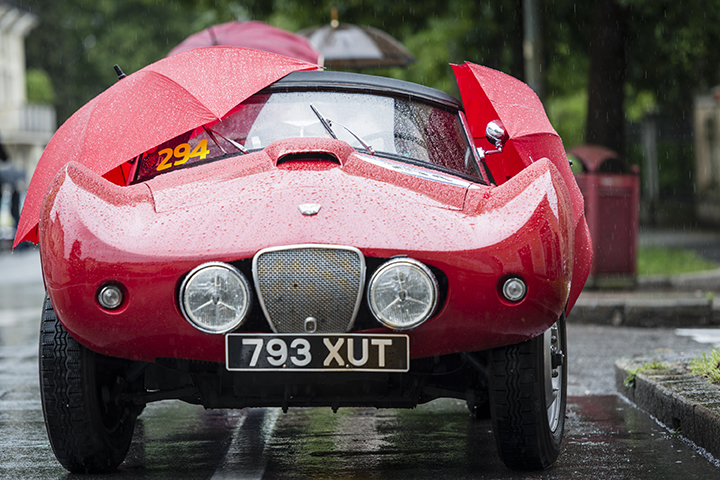 Chopard returns to the Mille Miglia in 2019 for the 31st time both as historic partner and official timekeeper. This year, the Maison’s Co-president Karl-Friedrich Scheufele, a true car aficionado, will compete at the wheel of a Mercedes-Benz 300SL “Gull Wing”.  For the first time, he will be accompanied by his daughter, Caroline-Marie, heir to the Scheufele family’s passion for racing. Chopard, famous for its connection with historic motoring, will also unveil its latest Mille Miglia Race Edition chronograph and two other new models, the Mille Miglia GTS Power Control and a watch celebrating the centenary of coachbuilder Zagato. 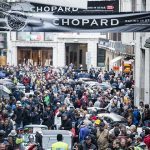 Chopard has been a loyal partner to the celebrated Mille Miglia endurance car rally since 1988, a close collaboration stemming from the Scheufele family’s long-standing passion for owning and driving historic automobiles in which they also compete.

Founded in 1927, the Mille Miglia is among the most famous historic motoring events in the world. When it was originally run, the 1,618km course (the equivalent to 1,005 Roman miles) was an all-out race that started and finished in Brescia, with Rome marking the turning point for home. 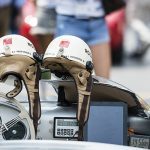 In 1955, the famous British racing driver Sir Stirling Moss won the race in a record time that still stands today, completing the course in ten hours, seven minutes and 48 seconds at the remarkable average speed of 97.96 miles per hour.

After ceasing to exist in its original race format in 1957, the Mille Miglia was revived in 1977 as a time and reliability trial for cars built between 1927 and 1957 and still covers 1,000 miles following much of the original route through the heart of Italy from Brescia to Rome and back. 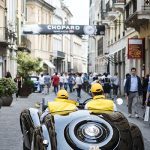 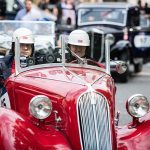 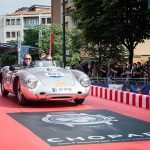 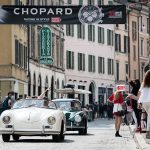 A feast for the senses

The event sees some of the finest, rarest, most important and most valuable cars of the era take to the roads in the manner for which they were intended, creating an intoxicating assault on the senses of sight, sound and smell and turning back the clock as they pass through the same towns and villages where crowds lined the way during the Mille Miglia’s early decades.

Time, of course, has been central to the Mille Miglia since its very beginning – making for a perfect union between the crackle of exhaust pipes, the squeal of rubber and the precision watch making for which Chopard is renowned. 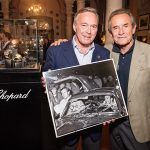 For the 2019 event, 430 cars will roll off the elevated start ramp in the traditional location of Brescia’s tree-lined Viale Venezia, among them that of Chopard Co-president Karl-Friedrich Scheufele who has competed in the event more than 30 times with co-drivers who have included his wife, Christine; his father, Karl; and his close friend, the legendary, six-times Le Mans winner Jacky Ickx.

This year, however, Mr Scheufele’s daughter Caroline-Marie will take the navigator’s seat for the first time as the pair tackle the long, tough and demanding course in the distinctive, ‘strawberry metallic’ Mercedes-Benz 300 SL Gullwing that has been a cornerstone of the Scheufele’s classic car collection for many years. 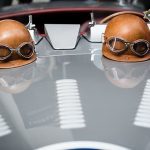 “It will be a real pleasure to have Caroline-Marie beside me during this year’s Mille Miglia,” says Karl-Friedrich Scheufele. “She has inherited the family passion for classic cars which my father already transmitted to me. She is herself a very safe and skilled driver. I am pleased, too, that we will be taking part in the Mercedes-Benz 300SL. It is an old friend that is fast, comfortable and reliable – and using it means we will be able to hear one another speak, which is never easy when driving the Mille Miglia in an open sports car.”

Racing in style with Scuderia Zagato

Also flying the flag for Chopard will be no fewer than 15 cars fitted with beautiful, hand-made bodywork by the famous Milanese coachbuilder Carrozzeria Zagato.

Chopard is the official sponsor of the Scuderia Zagato racing team and, to mark the coachbuilder’s centenary this year, has produced a special, 100-piece limited edition anniversary watch to mark the occasion.

Spectators will have ample opportunity to cheer-on the Scheufeles and the Scuderia Zagato along the spectacular Mille Miglia route, which takes in some of the most beautiful towns and landscapes in Italy.

After passing through Sirmione on Lake Garda, the race moves to the artistic and cultural hub of Mantua and on to the Adriatic resort of Cervia before, on day two, heading through ancient towns such as Urbino and Perugia before reaching the half-way point in Rome. 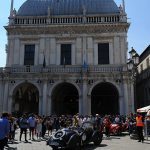 A well-earned break in Siena

Returning north on day three, drivers get to enjoy the breathtaking sight of Lake Vico and drive by Siena’s Piazza del Campo – site of the famous Palio horse race.

Here, Chopard will set-up a ‘paddock’ style hospitality area in the square at which drivers can enjoy lunch and a well-deserved rest before returning to the fray with an especially romantic section of the competition that passes through the heart of Florence before tackling the challenging Futa and Raticosa passes prior to stopping in Bologna.

The fourth and final day sees the cars going through Modena – coinciding with the town’s ‘Motor Valley Festival’ in celebration of its food and automobile culture – before heading to Parma, Cremona and Montichiari to reach the finish back in Brescia and the traditional parade in Viale Venezia. 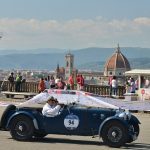 As every year, Chopard is proud to present a special new watch to commemorate the latest edition of the Mille Miglia. The Mille Miglia 2019 Race Edition chronograph is available in 250 steel and rose gold examples with grey dials and cognac calf leather straps, and 1,000 examples in steel with blue dials and blue calf leather straps. Each model has a 44 mm case and a self-winding, COSC-certified movement.

Also being unveiled will be the Mille Miglia Classic Chronograph – Zagato 100th Anniversary Edition celebrating both the centenary of coachbuilder Zagato as well as Chopard’s sponsorship of the Scuderia Zagato racing team, with the final new models being the Mille Miglia GTS Power Control, a limited edition with a COSC-certified, self-winding movement and 60 hour power reserve. 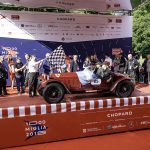