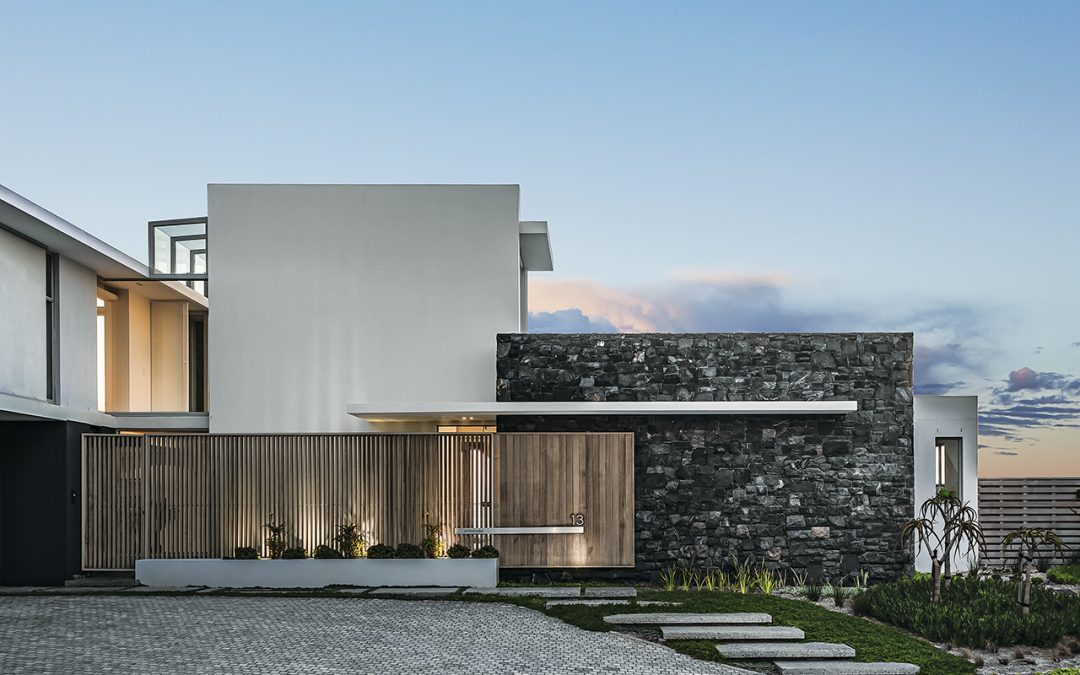 A South African-born couple returned to Cape Town after residing abroad for two decades. They approached the architects to design a new residence that would be entirely in touch with nature; both simple and unique – with an emphasis on natural light and space. 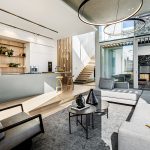 Says design architect Renato Graca: ‘They were specific with their brief. This was to be a home that allowed for maximum sunlight to be captured and filtered throughout the house, while providing for unobscured views, yet maintaining maximum privacy. We, the architects, visited numerous times through the day in order to get a thorough sense of the site’s genius loci.’ 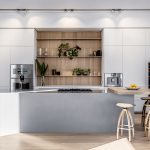 The resulting new residence for a family of four is situated on the outer edges of Riebeekstrand in the Cape, where the site offers breathtaking panoramic views of Riebeekstrand, Robben Island and Table Mountain. Located at the end of a cul-de-sac, the house had to firmly address the urban edge in terms of privacy, while revealing itself to the sublimity of nature. It measures 500 square metres under roof – including balcony and deck – on a stand of 1 300 square metres. 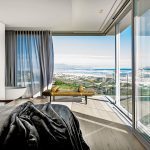 Architect Francois du Plessis adds: ‘The concept was a result of different layers taken from the site: nature, light, its context and the clients’ brief. Combining these various elements formed a hard private urban edge in synergy with a softly blurred threshold between interior and exterior – on the beach front.’ 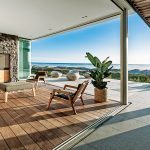 The house is a modern take on the Cape’s West Coast vernacular, with whitewashed walls and stone and timber features on the exterior. The street edge was treated with a combination of solid natural stone-clad walls and the entrance with concrete stepping stones and timber screens, with glimpses of glazed openings. Once at the glass front door, the view is revealed and framed by a cantilever pergola and natural granite walkway. 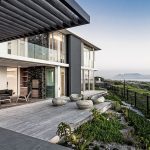 Renato Graca: ‘There is a distinct separation between public and private spaces; the ground floor comprising the public living areas, kitchen and guest bedroom. The upper floor is reserved for the family with three private bedrooms, each with an en suite bathroom, plus a family lounge. 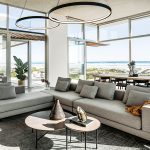 ‘The material palette illustrates the choice of natural and raw finishes, such as concrete soffits, a combination of polished concrete, natural stone and timber floors, with oak cabinetry and ceilings. These various layered elements combine with a lack of clutter to ensure that natural elements render the house with an appealing West Coast vernacular.

‘The house is situated adjacent to the West Coast Environment Protected Site. An environmentalist had to compile a study of the existing fauna and flora both on the site and its surroundings, this resulted in some plant species being replanted for the duration of the build and relocated once construction was complete. Due to the sensitive context of this natural location, special consideration was given in regard to the build’s footprint and height.  This also resulted in a slight off-axis orientation, as protection against the strong South Easter winds. 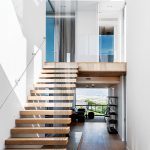 ‘Our intention from the outset was to create a timeless home for the clients to enjoy year-round. Being exposed to the Cape’s West Coast weather meant a space which needed to be as wind-free as possible, while being connected to the site as much as possible. And externally, our aim was to create a building which would be very low maintenance.

‘The design very clearly expresses the intentional layering we were aiming to achieve in creating a wind-protected, view focused building, which resides directly on the beachfront. The very strong and clean lines are softened by the intentional references to materials found along the coast and, in our opinion, the result is a timeless and sophisticated structure.’ 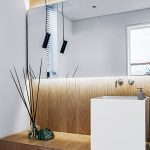 Interior designer Murray Farquharson of GSQUARED adds: ‘The interiors are aimed at bringing the outdoors in through the selection of materials and a colour palette that speaks to the exterior terrain and beachfront.’