48 hours in Beijing by Tracy Greenwood For Gaggenau

A whirlwind trip to Beijing in mainland China, to attend the biennial Gaggenau International Sommelier Awards, left writer Tracy Greenwood breathless – as much with excitement as it was with trying to fit as much as possible into a 48-hour stay. These are some of her most exciting discoveries.

It took a full 24 hours to reach Beijing from Cape Town. Three flights later and we touched down in the iconic cultural metropolis that is Beijing, along with six highly skilled sommeliers from South Africa, the UK, Sweden, Switzerland, France and Greater China, all of whom – having won the contest stages in their home countries – would now vie for the overall international accolade and along with it official status as global cultural ambassador for Gaggenau, the luxury brand for professional-grade kitchen appliances. The stage was set for a once-in-a-lifetime experience. 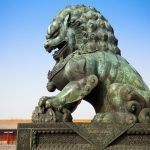 With a cultural heritage spanning more than 3 000 years, Beijing proved to be the perfect city to play host to the Gaggenau International Sommelier Awards, and the high-end kitchen appliance giant spared no expense to shown off some of the city’s most noteworthy sites and sights. With China fast becoming a serious contender in the world of wine, and an established wine-producing country it made perfect sense to hold the grand finale of this prestigious contest in one of the world’s most populous cities, Beijing. 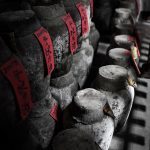 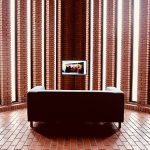 THE GREAT WALL OF CHINA

Set aside a full morning to make the most of this most spectacular sight. The only man-made structure said to be visible form the moon no visit to Beijing can be considered complete without scaling a section of the Great Wall, best done as part of a guided tour. Many of the most famous sections of the wall are to be found in residential areas none of which are too far from downtown Beijing. Ask your hotel concierge to assist with booking the services of a reputable Great Wall tour operator.

Dedicated to boost the development of contemporary Chinese art the Redbrick Art Museum, which boasts more than 10 000m2 of exhibition space, opened its doors in 2014. The complex houses a number of specialist exhibition spaces, public recreational spaces as well as a dining room and café. The landscaped courtyard garden was designed to highlight the red bricks from which the entire structure is constructed. * Red Brick Art Museum, ShunbaiRoad, Chaoyang District, Beijing

Da Dong is said to serve some of the best Peking Duck the city has to offer. And no carnivorous visitor to the city should leave without sampling one of its signature dishes. At Da Dong the menu is printed I English and Chinese, making it far easier to navigate. * 3 TuanjiehuBeilu, Chaoyang, Beijing

Where to rest your weary head

After a day of sightseeing and haggling and battling the smog (depending on the weather conditions, of course, but on some days you can only see 2km in front of you) Hotel Jen, which forms part of the Shangri-La la group of hotels, offers a familiar level of western luxury in the heart of Beijing’s central business district. Lightning fast Wi-Fi and all the amenities you would expect to finds in any large international hotel make for a very good night’s sleep indeed. * No 1 JianguomenwaiAvenue Beijing 100004 * hoteljen.com/beijing

The famous ancient palace of Imperial Palace at sunset, Beijing. Another name of thie building is Forbidden City.

A huge tourist attraction, Beijing’s many so-called Silk Markets are a significant tourist attraction and are, believe it or not, protected by the Chinese government. Less conventional street market and more slightly rundown shopping mall, the Silk Market I visited at 8 Xiushui East Street is crammed with stores selling big name luxury branded goods of dubious origin (read counterfeit goods) and its narrow corridors are packed with tourists. Grab a coconut water, fruit juice or snack at one of the many refreshment stands and get ready to rumble. Luckily for English speakers most of the 1 700 vendors speak English. 8 Xiushui East Street, Jianwai Dajie, Chaoyang, Beijing

This palace complex in central Beijing housed Chinese emperors and their vast entourages of soldiers, wives, concubines, children and eunuchs from the Ming Dynasty in 1420 to the end of the Quing Dynasty in 1912. Now home to the Palace Museum it is a must-see on any tourist’s itinerary. * The Palace Museum, 4 JingshanQianjie, Beijing 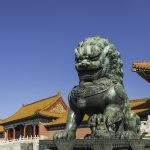 Bronze Imperial Lion guarding the marble steps to the Gate of Supreme Harmony in the Forbidden City, the UNESCO World Heritage Site in the heart of historic Beijing, China’s vibrant capital city.

The runner-up to Peking Duck in the fame stakes, Peking Hotpot — lamb and beef cooked in traditional copper pots — is another famous dish of Beijing origin and one of the best spots to sample the dish is at Jubaoyuan. Be sure to make a reservation though, or you will find yourself in a long queue at the door. And once inside, be sure to order the sesame bun, a signature dish at this extremely popular dining spot. * Shop 5-2, 1 NiuJieXili, Xicheng, Beijing

Where to rest your weary head

With its elegant pavilions and stately courtyards this hotel, which is located close to the Summer Palace offers a variety of accommodation options that will leave you feeling as though you are in waiting for an audience with a Chinese empress. The rooms and suites have all been created to mimic the traditional courtyard style of the adjacent palace. * 1 Gongmenqian Street, Summer Palace, Beijing 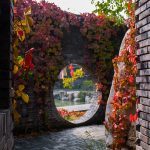 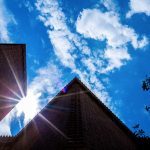 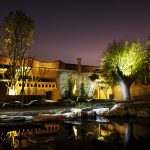