Described by some as the industry event of the year, the BSH Brand Experience Centre, which features the bespoke Bosch, Siemens and Gaggenau brands, officially launched on 16 May in Johannesburg, South Africa. 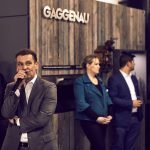 “The Brand Experience Centre does not only feature some of the top appliances from Germany but also focusses on innovation, design and culture which demonstrates each of the three brand’s unique offerings,” added Hoffmann. This is the second showroom that the group has opened this year, one in Cape Town and the second in Johannesburg, but Hoffmann confirmed that more state of the art showrooms will open nationally within the next year.

Ever sophisticated and former Miss South Africa, Melinda Bam, was the master of ceremonies for this distinguished red carpet event which was officially launched to the market’s various retailers and kitchen companies over two exclusive evenings. 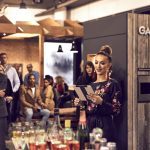 Guests were taken on an interactive gastronomic journey as the Bosch, Siemens and Gaggenau brands were brought to life by some of South Africa’s most well-known Chefs, namely Marthinus Ferreira from DW eleven-13, Amy Butler and Matt Manning, private chef and creator of the One Ingredient Dining Experience. The evening included coffee, gin and wine pairing by the much reputable wine master, Heidi Rosenthal Duminy, boasting several accolades as judge and pairing expert of sparkling wines and champagne.

With cooking being an integral part of every home, each brand demonstrated a different sensory experience and the guests could enjoy, appreciate and understand the fine nuances of the Bosch, Siemens and Gaggenau brands:

For the past 130 years, Bosch has been synonymous with formidable technology and craftsmanship. Simple yet elegant appliances offer complete solutions for living with innovative designs to fulfil the unique need of unique consumers. True to the brand’s philosophy “Invented for life”, Bosch continues to offer consumers quality and perfect technology for a better life.

The Bosch experience focused on the brand’s new 8 Series ovens, which features unique baking sensors that will have you #CookLikeABosch. 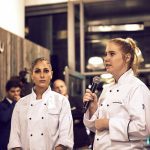 Siemens Home Appliances is the brand that provides its customers with a captivating product experience – a brand for the unexpected and exhilarating new opportunities in life. This brand contributes to the metropolitan lifestyle with architectural aesthetics and timeless design. In terms of technology, the brand’s focus on connectivity and flexibility has enabled them to become the worldwide market leader in innovation.

Siemens introduced guests to the future of cooking, using steam and induction, which exemplifies the innovation and fine design that Siemens represents. 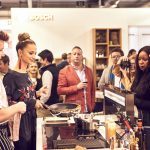 From the forge in the Black Forest to quintessential German engineering and craftsmanship for the private kitchen, Gaggenau was founded in 1683. After 334 years of crafting metal, Gaggenau has created something that transcends a brand: it is a culture. The Gaggenau values, which have remained constant since 1683, are an ongoing quest for authenticity and uncompromising quality. Synonymous with exclusive culinary culture, Gaggenau is not simply an appliance it is an experience recognised for its sophisticated lifestyle.

Gaggenau took guests on a historical journey showcasing four centuries of evolution and innovation. The culmination of the journey is Gaggenau’s future icon – the EB 333 oven – made almost entirely by hand. This oven was re-launched as a tribute to the brands 333rd anniversary which took place last year. 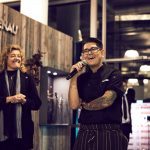 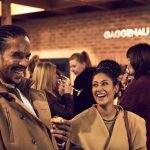 With annual sales of around €13.1 billion in 2016 and more than 58 000 employees, BSH Hausgeräte GmbH is one of the global leaders in the home appliance sector. BSH manufacturers at around 40 factories, operates over 80 companies and has a presence in around 50 countries.