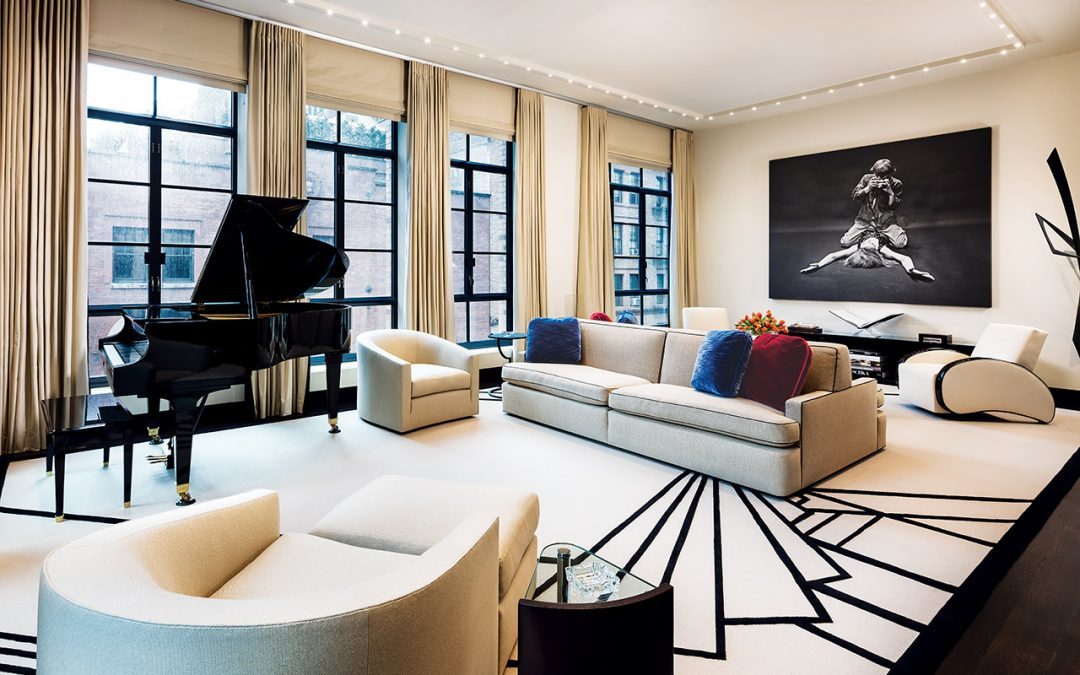 Globally renowned as an interior designer, Geoffrey Bradfield was born and raised in South Africa’s Eastern Province before moving to Johannesburg to further his career. He subsequently progressed to New York, where he rapidly established himself. Bradfield & Tobin complete work internationally, examples of which have been featured in leading global design titles over the past four decades. 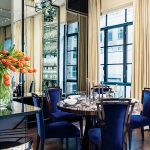 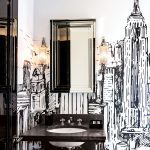 ‘Style is a simple way of saying complicated things,’ declared Jean Cocteau, and Bradfield reckons that this Tribeca bachelor pad proves his maxim. ‘It’s fun,’ he says, ‘taking geometry, volume and shapes, and humanising them in a space.’

‘No decade of the 20th century had such a distinctive flavour and legendary atmosphere as the 1930s,’ avers Bradfield. ‘One cannot underestimate the importance of the art deco period on our lifestyle and how we perceive our interiors today. Its influence was compounded, mainly because of the emerging movie industry, which used it to exemplify sophistication and wealth.’ 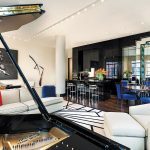 Home to a young bachelor with a faithful golden labrador, Bradfield & Tobin worked closely with the client who had a very precise expectation and clear vision for this contemporary interpretation of an art deco pied-à-terre.

On entering the living room, one is aware of a certain ineffable sense of comfort and familiarity. The black-framed, floor-to-ceiling windows and bull-nosed, defined black lacquer doors go a long way towards dissimulating the low overhead space, mesmerising with its verticality to make ceilings appear higher. The designers went still further, performing a clever sleight-of-hand to fool the eye into believing the ceiling above is almost five metres high, rather than three. They achieved this by keeping furnishings deep and low-slung. 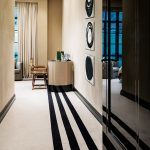 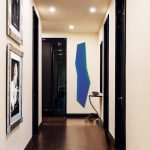 This living room leans toward the Donald Deskey genre of urbanity. An example is the custom-designed carpet, which is an abstraction of a Jacques-Emile Ruhlmann textile. The mirrored bar and kitchen, and black lacquer details throughout recall the dazzling décor of Radio City Music Hall. Showcased on the south wall is a dominating canvas featuring Blow-Up, Michelangelo Antonioni’s 1966 mystery thriller film, starring Vanessa Redgrave and David Hemmings, that captured the exuberant youth of an era. 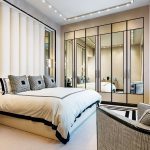