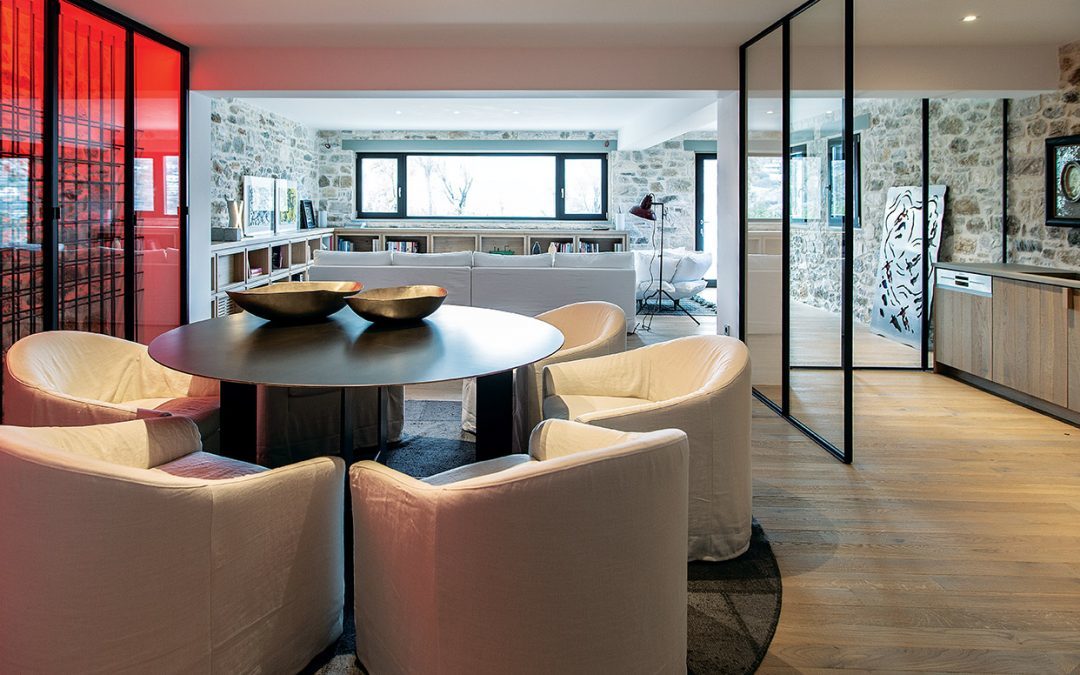 Attica is a triangular peninsula jutting into the Aegean Sea. From three sides, it is watered by gulfs of the Aegean Sea, while at the northern side it borders with Boetia through the 16km-long mountain range of Kithairon. The region of Attica fascinates with stunning landscapes and countless historical buildings, which relate to ancient Greece; a major part is taken up by the Greek capital of Athens, named after the goddess Athena. 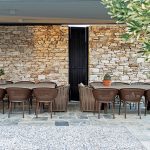 This singular coastal home was designed by renowned Greek architect Aris Konstantinidis and constructed in the 1960s. It is located in Attica on a peninsula of five acres, and interior designer Katerina Veremi Xynogala recently executed its refurbishment and decoration. 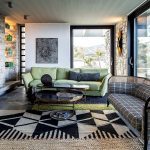 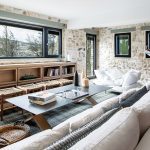 The project included not only furnishing and accessorising but the planning of services such as electricity and shell materials. 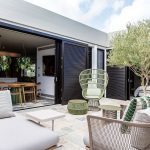 Says the designer: ‘I decided to keep the architectural construction without changing the original building. I replaced the window frames with contemporary materials for insulation, keeping the original sizes and colours and removed the old marble tiles from the floor to subsequently relay them while following as much as possible the aesthetic of the house. 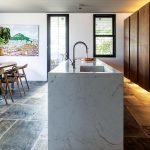 ‘The main kitchen was also my design using parquet tiles; I also created a kitchen island in Greek marble, as well as the dining table.

‘In the living area, we retained the stone wall at the fireplace, providing shelves and niches within the vertical surface to illustrate a collection of decorative items with a theme of green tones.’ 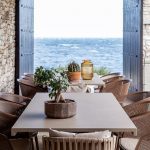 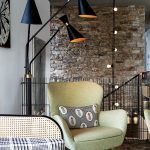 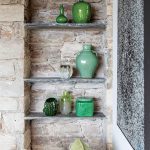 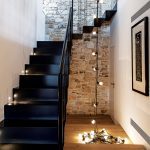 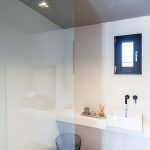 This 50-year-old house originally featured small, separate areas, which were demolished in order to create larger, flowing spaces rather than compact rooms with a plethora of doors. The basement, previously a warehouse, was converted into a relaxing space with a wine cellar, an auxiliary kitchen with a wood floor as per those in other major areas, plus a TV / relaxation space with the screen immersed in the library wall. Katerina Veremi Xynogala adds: ‘This is a liveable interior, as is the main living area, which also makes a focal point of the natural stone wall.’ 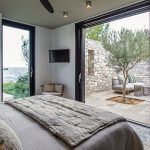 Within the property, there is a separate building with two guest rooms en suite and a small kitchen. Says the designer: ‘We used sliding doors here as the area is compact and succeeded in gaining space for better guest hospitality.’