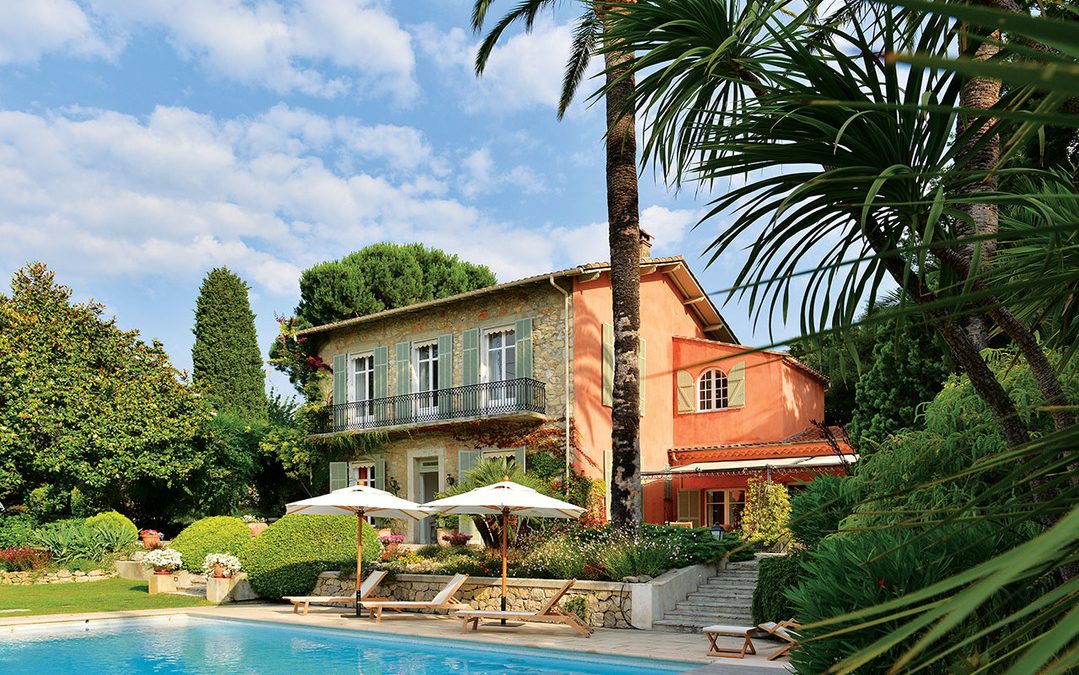 This villa in Vence on the Côte d’Azur has an interesting past. It was both the former home of two English artists and the one-time residence of the Dowager Duchess of St Albans. It has been given a new lease of life by Nina Laty and David Price Design for its latest owners, a Franco-English couple and their two young children. 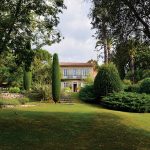 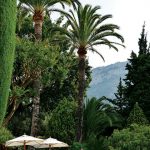 The model sheep in the garden were inherited

The three-storey, six bedroom villa is situated only minutes from the centre of this famous Riviera town – located high in the hills between Nice and Antibes – and boasts both a south-facing pool and an unusually expansive garden. The previous owners had already completed major landscaping works to the gardens, softening a previous series of dry-stone wall restanques (effectively a form of terracing) into a gently sloping lawn and planting intelligently, including some stand-out mature palm trees.

The interior of the house, however, was in need of complete gutting and renovation. A new interiors configuration and space plan was devised in order to ensure optimum flow, adding light and space throughout. This initially began purely as an interior design project led by Nina Laty, but it was soon apparent that major interior architectural works were also necessary. The full David Price Design team became involved, for whom Nina Laty is also Consultant Head of Interiors. 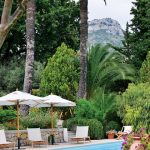 Palm trees abound here, as does other indigenous foliage. 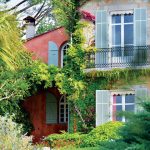 Says the interior designer: ‘The client requested a light and fresh feel, with judicious injections of colour, especially blue-greens with some additional yellow and orange, and a small amount of pattern in each room. There was to be an overall emphasis on ease of maintenance, whilst fittings were to be a mixture of classical and modern. All the joinery throughout was created as a bespoke fit for the space, with new
flooring throughout.’ 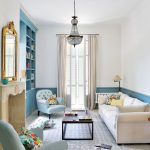 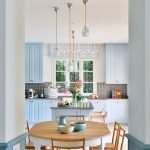 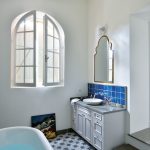 The master suite bathroom has blue and white floor tiles, which follow the same palette from the main bedroom.

David Price adds: ‘The elegant façade of the property has remained unchanged, with classic shuttered windows and a cast-iron balconied first floor; though changes were made to the extension to the right of the main house where the kitchen and dining room are located, subtly increasing the size of the kitchen and putting in new large glass folding doors at the front and a new side window to maximise natural light and create easy access to the garden. 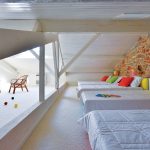 The children’s dormitory in the attic is a clean and bright white-painted space with mix-and-match strong colours used for beds, pillows and lamps. 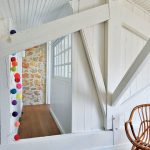 An existing exposed brick wall to the rear was retained.

‘At the centre of the house, the bottom half of the staircase was remodelled to make it more elegant, flowing and less angular, whilst the arrangement of the downstairs rooms was also re-organised, with a new circulation route through the space, which involved blocking off some old entrances as well as opening up new ones. On the first floor the size of the master bedroom suite was increased, as was one of the guest bedrooms; and the second floor attic, previously a painting studio, has been reimagined as a light-filled, five-bed children’s dormitory to host sleepovers.’