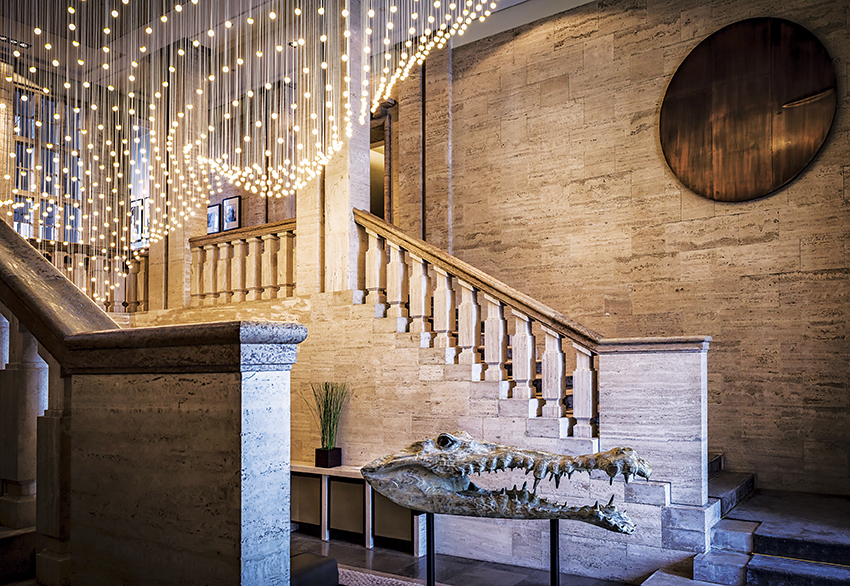 A demographic, economic, and aesthetic shift has quietly taken place in Berlin and the capital has a hotel that transcends the über-hipness of the city’s eastern districts. Das Stue (living room in Danish) is bringing back the concept of the drawing room with a sense of modern grandeur. It’s a rediscovery of the fine traditions Berlin had to offer in the 19th and early 20th centuries, alongside a newfound contemporary confidence.

The building was originally constructed from 1938 to 1940 as the Royal Danish embassy by Johann Emil Schmidt. In 1943 the building was battered by war, in 1978 it fell into disrepair and the city / state of Berlin took control of it in 1983. Starting in 1986, it was used by the German postal system and German Telekom. 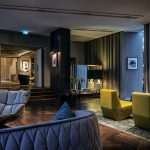 A mixture of old and new architecture was created by Axthelm Architects, Potsdam. In their design, a modern, trapezoidal addition abuts the landmarked 1930s construction. In the building’s historical portion, traditional detailing and hardware were preserved as much as possible. The modern addition’s far more angular volumes create intriguing sight lines, floor-to-ceiling windows that offer panoramic views of the zoo and park are in most rooms.

Interior designer Patricia Urquiola is the mastermind behind the public spaces. A grand, slightly curved grey stone façade greets guests to Das Stue and the entrance is flanked by two sweeping staircases. A corridor-like axis whose sight line runs the length of the hotel leads past a large crocodile sculpture by Paris-based artist Quentin Garel under an overhead bouquet of hundreds of tiny lights. The space suddenly expands into a modern architectural addition, where angular volumes frame an open bar, lounge, three dining rooms and an outdoor terrace with private access to the Berlin Zoo.

Avant-garde Spanish chef Paco Pérez, who was awarded 5 Michelin stars, heads up the fine dining ‘Cinco’, which received a Michelin star within a year of opening. At Cinco, Pérez serves Mediterranean cuisine – like an oyster and caviar tartar starter, or Iberian suckling pig – under an overhead explosion of copper pots and pans and copper lamps by Tom Dixon. 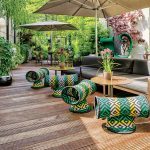 High-ceilinged, the lounge shows off many of Patricia Urquiola’s  designs. Throughout the other public spaces are artworks / objects that playfully remind guests that Das Stue is adjacent to Berlin’s zoo. Leather stuffed animals by Omersa act as poufs and footrests.

In the historical front building, each level has an expansive landing where detailing reveals the building’s grand history. The Bel Etage is a beautiful set of high-ceilinged, opulently appointed rooms on the front building’s second floor, consisting of four adjoining suites all designed by the Spanish architectural office LVG arquitectura s.l.p. 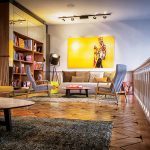 Das Stue is tucked into a lush corner of the city’s embassy district, at the southern edge of Tiergarten Park. A reactivation of a powerful and stately historical neighbourhood whose verdant streets are peaceful, yet are just steps from the buzz of Berlin’s two city centres.