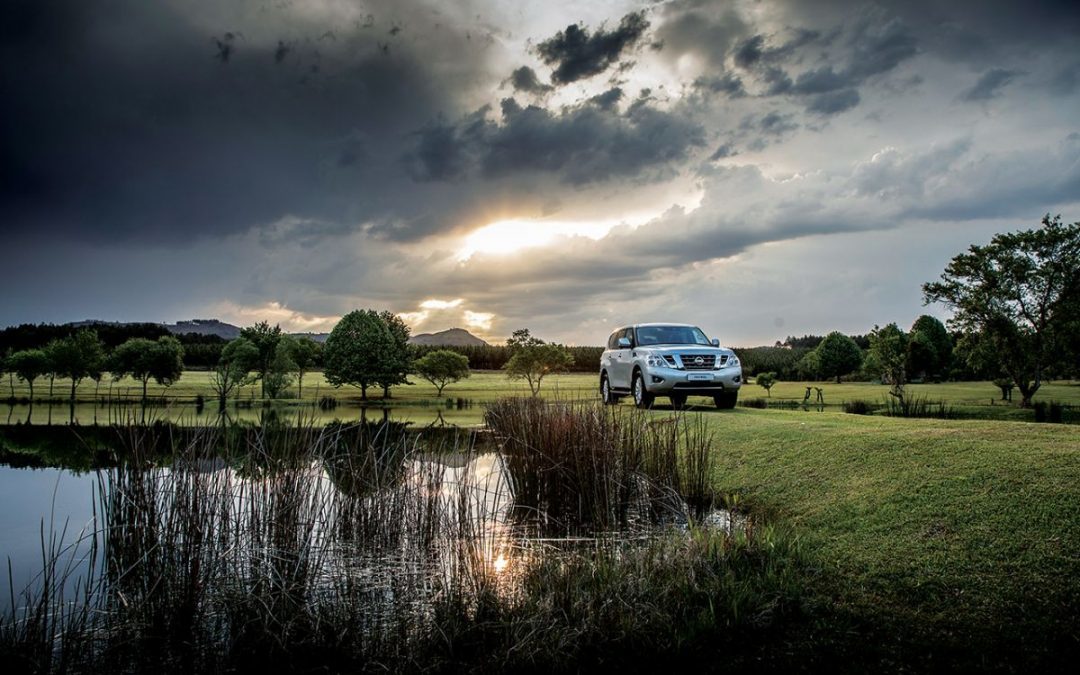 Is bigger always better? In the United Arab Emirates and US states like Texas, Montana and maybe Alaska, giant SUVs lord it on the highways and in shopping mall car parks. And in the Middle East they thunder effortlessly over sand dunes in any available desert with little regard for fuel consumption.

Nissan’s flagship FWD 5,6l V8 is just such a beast – 2.75 tonnes of muscular proof that size counts – this philosophy is seen in just about every element of the new Patrol. Part of range restructure in 2017, the 2018 model shares architecture from the mechanically similar Infiniti QX80 atop Nissan’s luxury brand’s range.

At around R1,2 million, what do we get for the money? Think heated and cooled leather front seats with a driver’s memory function, an 8-inch dash panel touch screen with sat nav, plus twin headrest-mounted 8-inch rear displays, smart keys, a powered tailgate, 360-degree camera and more. Yet along with all this hi-tech modernism there is more than a touch of retro. The dash and stereo lack contemporary elements such as a digital speedo or Apple CarPlay, though the 13-speaker Bose sound system pounds out the wattage.

Other plus factors include an electric sunroof, 18-inch alloys with multipurpose tyres, variable-mode AWD and a digital ‘intelligent’ rear-view monitor mounted in the driver’s mirror. Operated by the sort of mechanical lever normally used to dip the mirror for night driving, the digital screen offers a clear view of the road behind, unimpeded by passengers or cargo at the rear.

Perhaps the best and worst element of the Patrol is its petrol-fuelled 5.6-litre V8, which transmits 298kW and 560Nm to all four wheels through a seven-speed A/T, with a proper low range mode. This engine is quite splendid, offering immense pulling power right through the rev range; it actually feels as though it should be in a sports sedan or muscle car rather than a seven-seat SUV. Sweet and sonorous, it rumbles away with a pleasing bellow under load.

Low gearing assists the Patrol in leaping from rest with spritely initial acceleration not expected from such a big car; this with an absence of lag from the engine and aided by a rapid transmission. Overdrive in gears six and seven keeps the Patrol smooth and silent on the tarmac, and a rotary controller for the drive system makes it easy to switch into off-road modes. 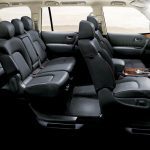 The downside is that this is a seriously thirsty power plant that swallows a claimed 14.4L/100km of premium unleaded petrol. We found this to be closer to 18.5L/100km in our week with the big SUV; it slurped through its 140-litre fuel tank with enthusiastic rapidity. So, the Patrol could become well acquainted with the local service station; filling an empty tank will cost well over R2000 and this more frequently than with turbo diesel rivals that offer an additional 500 kilometres of range.

This new edition presents a comfortable and impressively well sorted ride with surprisingly light steering for such a high rolling vehicle. The suspension is supple with an intelligent interlinked hydraulic system, so that this big SUV shrugs off most bumps and small potholes with aplomb, particularly at lower speeds, and excels on sand roads. This encourages a relaxed approach to driving: the Patrol isn’t a car that wants to be hustled through bends.

The somewhat aloof steering is offset by brakes with excellent power and feel, providing more than adequate stopping ability for the considerable weight. It is a pleasure to drive on the open road, but could be problematic in tight urban environments like Cape Town’s Newlands village. One is continually aware of the 5,16m length and 1,99m height, particularly in multistorey car parks. 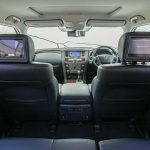 The interior signature is luxurious with soft and substantial leather seats ideal for long days on the road. Notable overall is that comforting slightly retro feel: small, low-resolution screens bordered by a plethora of buttons and surrounded by glossy, jukebox-like wood veneer. It’s seen again in pleated leather on the doors – quite a ‘90s look – and further defined by the prominent CD player positioned in the middle of the dash.

Nissan equips the Patrol with front and side airbags for the driver and front passenger, along with curtain airbags for all three rows of seats. Cargo space in the rear is cavernous with a maximum payload of 750kg, which should more than suffice on weekends away.

Nissan supports the new Patrol with a three-year, 100 000 kilometre warranty and servicing is due every six months or 10 000 kilometres.