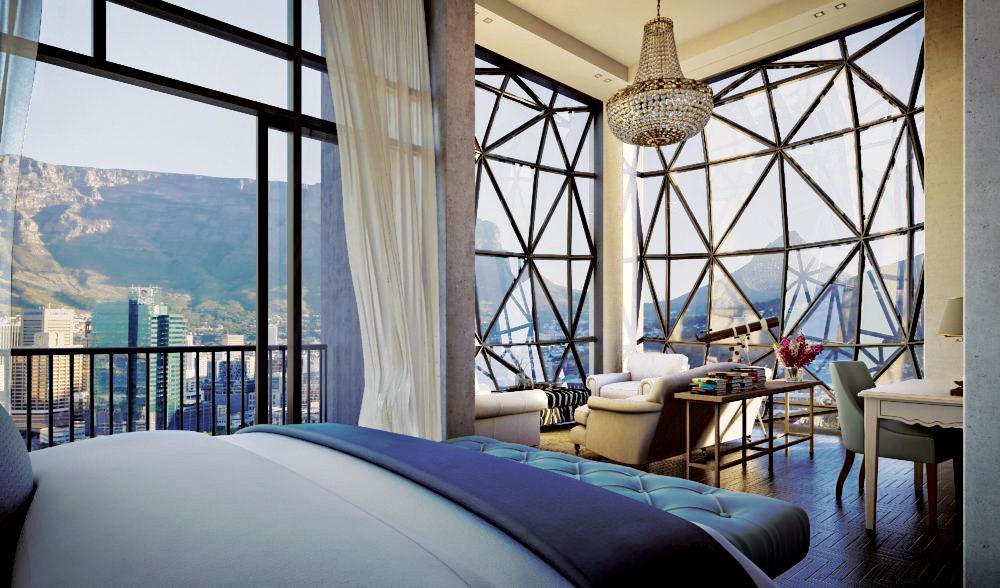 Located in the heart of Cape Town’s V&A Waterfront, the hotel will have unrivaled views of Cape Town. The Grain Silo Complex was the tallest building in Sub-Saharan Africa at 57m when it was opened in August 1924 after three years of construction. It closed in August 2001 after nearly 80 years at the heart of South Africa’s industrial and agricultural development.

The Silo Hotel is located in the grain elevator portion of the historic Grain Silo Complex, occupying six floors above what will become the Zeitz Museum of Contemporary Art Africa (MOCAA). The Silo will be an extraordinary hotel that sets a new standard for luxury travel. The rooms are more spacious vertically than horizontally due to the unique architecture of The Silo; and in particular the ingenious design of the pillowed window bays, which are one of the key architectural features.

With enviable aspects of the city on view from the rooms, The Silo Hotel is on track to become yet another draw card for an already well endowed city. Opening in March 2017.