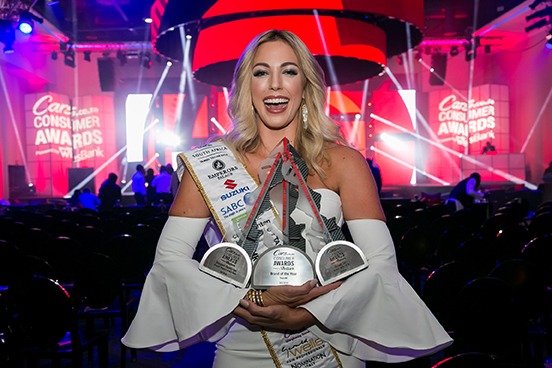 In late January, the 2017/18 Cars.co.za Consumer Awards – powered by WesBank – concluded with the announcement of the 13 category and prestigious Brand of the Year winners.

#CarsAwards has steadily grown in stature, reach and influence since the inaugural event in 2016. It’s regarded as an energetic, impactful opening number to the automotive industry calendar. A total of 20 brands were represented in the 39 finalists that were in contention for category wins in 2017/18. The Volkswagen Group had 10 nominations (Audi and Volkswagen had five apiece), followed by the BMW Group (four), with Alfa Romeo, Kia, Mitsubishi, Peugeot and Subaru making their first respective appearances in the final. 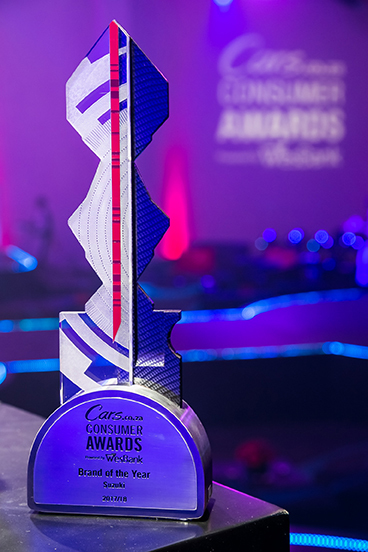 There are several reasons why the #CarsAwards is of greater significance than most other automotive awards programmes. For one, the winners aren’t chosen exclusively by motoring journalists, who report on (and review) the latest new vehicles in the market. All derivatives listed on the new vehicles price list on September 01 2017 were eligible for selection and the public had just as much say in the outcome as the 18 judges did. Fifty per cent of the final standings was based on rankings that the respective vehicle brands achieved in the Cars.co.za Ownership Satisfaction Survey, conducted in partnership with data specialists Lightstone Consumer. The data incorporated feedback from thousands of vehicle owners, based on their experiences of their vehicles (less than five years old and serviced through franchised outlets).

In fact, the most prestigious title awarded by #CarsAwards – Brand of the Year – was based solely on the findings of the Cars.co.za Ownership Satisfaction Survey.

Brand of the Year

Following its surprise win last year, Suzuki’s good reputation received another boost at this year’s #CarsAwards. The Japanese brand again emerged victorious in the Brand of the Year category, which is determined entirely by market and customer data, the latter from the aforementioned survey (sales and after-sales service in particular).

Suzuki narrowly defeated Mercedes-Benz by 1 per cent, with Mazda scoring the final podium position. Also note the rise of Kia (6th) and Mahindra into the top 10 list.

The event was digitally broadcast on Twitter, Instagram, Facebook and, significantly, streamed live on the Cars.co.za YouTube channel, the biggest branded South African channel on the video site. The multi-platform broadcast allowed consumers, who are at the core of Cars.co.za’s awards programme, to actively participate in the event.