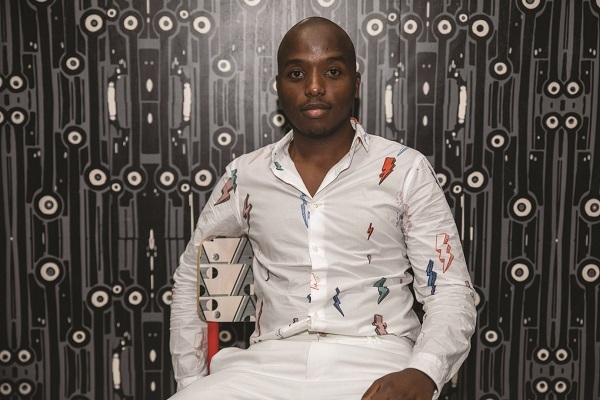 Building on last year’s triumphant debut at Milan Design Week, the Nando’s Design Programme, Clout is returning to the Italian design capital with groundbreaking South African design. Once again, the intention is to showcase the country’s creative pedigree to an international audience. Cover Image: Siyanda Mbele

The 2020 venture builds on the 2019 concept. This was first conceived and curated by award-winning designer Thabisa Mjo of Mash T and brought to Milan with the support of Nando’s Clout. Mjo’s Sacrosanct (an interactive pod of spaces filled with work by various local talent) highlighted the cutting-edge aesthetic, conceptual and collaborative strengths of young local designers. Sacrosanct wowed visitors to the Ventura Future BASE exhibition venue with its graphic, colourful and dynamic representation of South African creativity via powerful pieces with an Afro-positive message and contemporary bent. 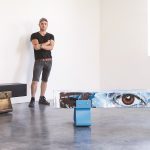 This year, Clout – whose goal is to uplift local design and establish South African design as a globally recognized category – returns with the same vibrant attitude in the form of a stand that builds on the initial concept of collaboration, but adds further designers and broadens the scope in the form of fresh new talent.

‘We want to share our positive stories with the world. We want to share our heritage and culture. It is relevant and important to our future – it builds dignity linked to identity,’ says Tracy Lynch, creative director of the Nando’s Design Programme.

Some of the names in the 2020 Clout lineup that is set to take Milan by storm were discovered via a call to action at 100% Design South Africa in 2019. At Clout’s inaugural Designers’ Industry Days at the show, hopefuls were invited to present their work in a bid to become part of the Nando’s design portfolio. The pitch sessions not only unearthed extraordinary new talent, but they also laid a foundation for the redefining of the South African aesthetic in the global marketplace.

Adding layers to the space will be striking accessories – such as woven pendants by the aforementioned Thabisa Mjo, a light by Rene Forbay, rugs by Siyanda Mbele, and decorative screens depicting a design by Siyanda Mbele and rendered in handmade limestone tiles custom cast by Wolkberg Casting Studio. 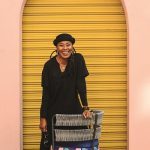 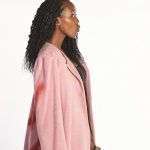 Another must-note feature of the stand – again highlighting Nando’s commitment to the growth of the design industry – will be a celebration of the winning patterns produced by Nando’s Hot Young Designer 2018 top 10 finalists. These graphic designs will be beaded into display panels lovingly handmade by the artisans of the prestigious Spier Arts Trust, whose dedication to training South African crafters and artists have made them a perfect Clout partner for the project. The panels will comprise a beaded interpretation of the fabric designs of Primrose Chimhanda, Agrippa Mncedisi, Kamogelo Samkelo, Mixo Dawn Mackaukau, Ditiro Mashigo, Bonolo Helen Chepape, Dillon Joseph, Thandazani Nofinxana, Zinhle Sithebe and Spamandla Mdunyelwa, in all their graphic and textural glory.

The 2020 Clout display stand seeks to celebrate African iconography, culture and creativity in the most contemporary and relevant way, making it accessible to a design-loving public. ‘The emerging aesthetic of contemporary South African design is not a conventional process of sharing a nation’s history but rather a creative opportunity for designers to delve deeper into aspects of identity, to resurrect and amplify the crafted poetry of our past. It’s an opportunity to tell the beautiful stories we need to remember now so that we can all see the future differently,” says Lynch.

The vision extends further than just the show in Milan however. To date, the Nando’s Portal to Africa – a design showcase curated for the purchase of South African design in Nando’s restaurants internationally – has facilitated more than R40million worth of sales since it launched in 2018, making it a significant exporter of South African design.

The programme is headed up by Lynch and Michael Spinks, Nando’s Property and Development Director for South Africa. ‘This deep commitment on the part of Nando’s has been expressed over a period of five years and will continue as an important aspect of the business,’ says Spinks. ‘The initiative is purpose-led and integral to the business’s value proposition. We’re thrilled to have facilitated the sale of more than 12 000 pieces of South Africa design to date. With Milan, we hope to increase this even further!’

The Nando’s Clout stand will again form part of the progressive displays comprising Ventura Future BASE, which runs from 21-26 April 2020. The address for BASE is Via Bergognone 34, 20144, Milan, Italy.