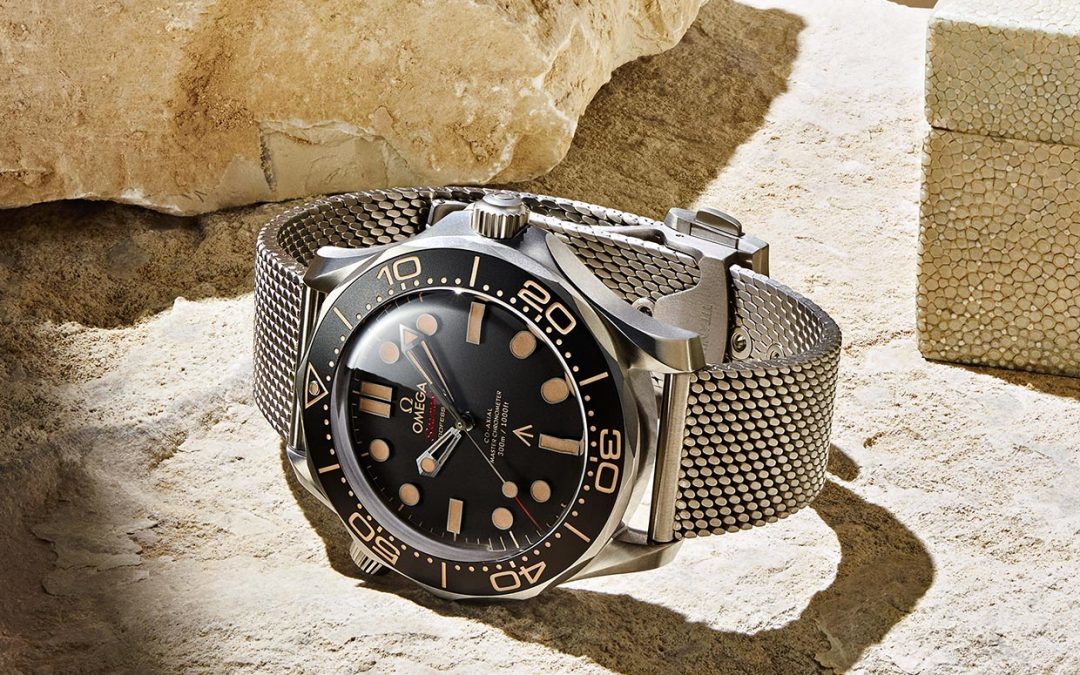 The 25th official James Bond film, No Time To Die, will be released in April 2020 and OMEGA has unveiled the new timepiece that will be worn by 007 in the film. As well as appearing on screen, this non-limited watch will also be made available in OMEGA’s current collection from February. 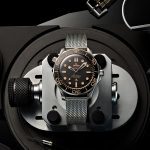 The new Seamaster Diver 300M 007 Edition has been built with military needs in mind and was even designed with input from Daniel Craig and the 007 producers. OMEGA remained in close contact with the actor throughout the design process, referring to his special James Bond knowledge to understand the sort of features the watch might require.

Craig’s influence and advice played a big role in the final result. He says, “When working with OMEGA, we decided that a lightweight watch would be key for a military man like 007. I also suggested some vintage touches and colour to give the watch a unique edge. The final piece looks incredible.”

The 42 mm timepiece has been crafted from Grade 2 Titanium, which is used for the case and titanium mesh bracelet with its innovative adjustable buckle. This material is strong and lightweight, making it perfect for an undercover agent. 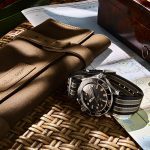 To further decrease the weight, OMEGA has used “tropical” brown aluminium for the dial and bezel ring. These elements have been given a classic look, thanks to the vintage Super- LumiNova, which fills the diving scale, blackened hands and indexes.

On the caseback, you’ll find a series of numbers, which follow the format for genuine military- issue watches. “0552” is the code-number specified for Navy personnel, with “923 7697” being the number for a divers’ watch. The letter “A” is a code used to signify a watch with a screw- in crown, while “007” is James Bond’s iconic agent number. Finally, the number “62” is the year of the very first James Bond film.

The new watch is completed by a NAIAD LOCK caseback, which keeps all of the engravings in correct alignment. Inside, it is driven by a particularly impressive movement – the OMEGA Co-Axial Master Chronometer Calibre 8806, which has achieved the industry’s highest standards of precision, chronometric performance and magnetic resistance.

The watch will be released in OMEGA Boutiques from February. It will be available on the captivating titanium mesh bracelet, or on a striped NATO strap in dark brown, grey and beige with 007 engraved on the loop. The watches are delivered in an exclusive brown fabric pouch.