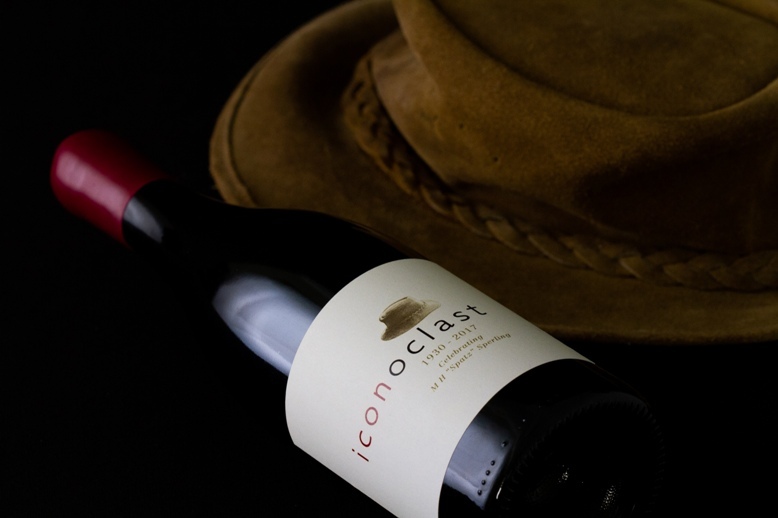 Delheim Estate has released a once-off and super-exclusive Cape Blend that celebrates the life of the late Spatz Sperling. Called Iconoclast, this wine from the 2012 vintage is a tribute to the South African wine pioneer and his fearless challenge of conventional wisdom.

Spatz’s uncle Hans Hoheisen and aunt Del bought Delheim in 1939, so the release of this new wine also coincides with Delheim’s 80th anniversary this year.

Iconoclast is a blend of four cultivars although not typical of a Cape Blend, which commonly uses South African Pinotage as the lead variety. Iconoclast is Shiraz-driven, a quirk that would have made Spatz smile not only for being contrary to the mainstream but also because Shiraz was his favourite. 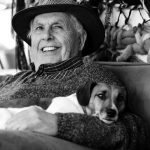 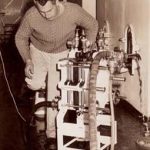 The blend is rounded off with Cabernet Sauvignon and Petit Verdot. Pinotage is, of course, the 4th component.

Spatz passed away in October 2017, at the age of 87. Challenging conventional beliefs and institutions he became a pioneering icon of the South African wine industry despite the obstacles.

The wine industry’s ultimate recognition of his extraordinary contribution came in 2009 when he was honoured with the 350 Celebration Scroll in the year South Africa celebrated 350 years of winemaking.

Iconoclast is a reflection of Spatz. Stemming from the Greek words eikon, meaning “image,” and klastes, meaning “breaker”, iconoclast is used to describe individuals – rugged individualists and bold thinkers. The logo takes inspiration from Spatz too. He was never seen without his hat and his Jack Russell, Nelson. 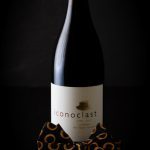 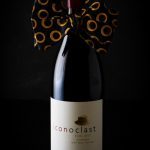 The wine made in his inimitable character has a dark ruby colour with an intense core. Its aroma ranges from dark cherries, cassis, blueberries, dry herbs, spice and tobacco to undertones of perfume. There’s a firm tannin structure, supported by dark fruit flavours and spice, that makes this wine an exceptional blend. Each cultivar expresses its unique character.

Respectful care was taken in its making; its fruit harvested gently by hand.

The Shiraz came from a single vineyard block of 20-year-old bush vines and the grapes loaded in a small fermenter that allowed the winemaking team to punch down the fermenting skins three times per day. Natural yeasts started the fermentation after which a selective yeast strain was inoculated. 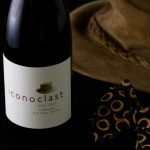 Old Pinotage bush vines planted on the foothills of Klapmutskop, known for their exceptional quality, were added too. These passed through small fermenters and were punched down every three hours to extract as much Pinotage character as possible.

The Cabernet Sauvignon came from bush vines on an east-facing slope, which allows for slow ripening and harvest at optimal condition. Fermentation took place in an upright fermenter with regular pump-overs and délestage done during this stage.

The Petit Verdot grapes were also destemmed and crushed in an upright fermenter. The temperature was controlled through alcoholic fermentation to allow optimal extraction from the grapes.

In many ways, the assembly of the blend is a mirror of the historical milestones that combined and comprise Spatz’s legacy. 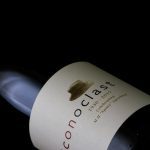 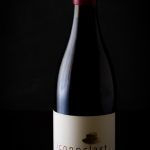 Spatz arrived at the Cape in 1951 as a 20-year-old from Germany to join his uncle and aunt on their beautiful farm Delheim, a name inspired from the German meaning Del’s Home. Over the next 70 years, Spatz grew the farm on the Simonsberg into one of the most enduringly popular and successful wine destinations, creating many firsts in the process.

The family-run wine farm also became a microcosm of Spatz’s visionary work in the greater Stellenbosch community and the Cape Winelands as a whole. In the days when there were few privately owned farms, Spatz, Sydney Back of Backsberg and Frans Malan of Simonsig were instrumental in transforming wine estate legislation. Together with Frans Malan of Simonsig and Neil Joubert of Spier, Spatz was a founder member of the Stellenbosch Wine Route.

“So many years were spent – almost wasted – just learning the expectations of local customers and skills so easily picked up by his peers who had been born into this world,” recalls Vera Sperling.  “Languages, habits, political participations – all were denied to him as he had no ancestry here and I often felt as though he did not really fit in. No wonder he was known as ‘the difficult German’!

“Much later, one realises that the art of success is to sieve out the minor points for the sake of issues of importance.”

Spatz’s unstoppable energy matched by his larger-than-life character and cheeky sense of humour made him the life of the party. He was a ready, generous and excellent friend to many and from all walks of life – much like the character contained in every bottle of Delheim’s new Iconoclast tribute wine.

The retail price of the wine is R1000 per bottle. Only 2100 bottles of Iconoclast have been produced by the Stellenbosch stalwart. This wine scored 94/100 points in the 2019 South Africa Special Report by internationally acclaimed wine critic Tim Atkin, British Master of Wine (MW).