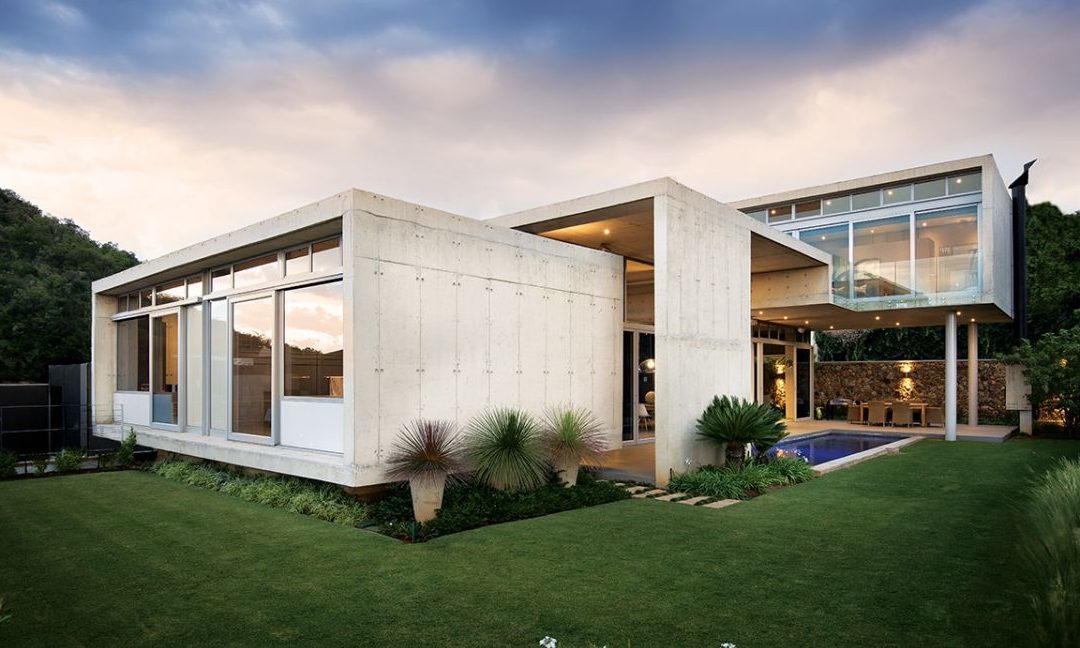 This project called for the creation of a contemporary home with certain prerequisites. The result is an interesting interplay between the size of the structure – requiring four bedrooms to house the family – and the compact layout of the estate in which the project is situated.

The development had been deliberately designed to be relatively high-density, with no boundary setbacks, bringing the image of English row-houses to mind, though reconsidered in a South African modern vernacular. 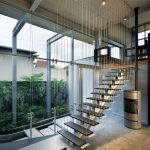 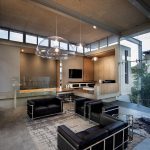 Says architect André Eksteen: ‘The extensive brief called for innovative planning, fitting in as much built area as the actual size of the site, but retaining enough garden space for exercise and outdoor living. The site is 768 square metres and the resulting floor area 453 square metres; so it was critical that the available site area was optimised in order to retain as much of it as possible once the construction was completed. 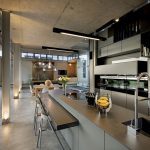 The kitchen has an industrial signature evident in both its design and the look and feel of the materials used.

‘The relationship between structure, its impact on a site and the architect’s role as mediator – between landscape and man – was explored. It was decided to approach the design of the building from the point of departure that the structure should become a simple sculptural shelter, i.e. that the entire site be the actual dwelling. The structure would then merely reinforce the latent potential of the site, ordering nature just enough to facilitate dwelling. 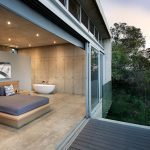 The separation of the more private spaces from the shared living areas gives the house a variety of qualities. The main bedroom, while spacious and easily accessible, remains private from the living area and study.

‘The use of concrete is normally associated with stereotomic structures (the technique of cutting solids, as stones, to specified forms and dimensions), yet here it offered an opportunity to create a light shell. Vertical structure was kept as light as possible with strong articulation of the horizontality and folded tectonic of the shell.