An Elegant Cheetah Inspired Evolution in Aesthetics: From Spindle Grille to Spindle Body 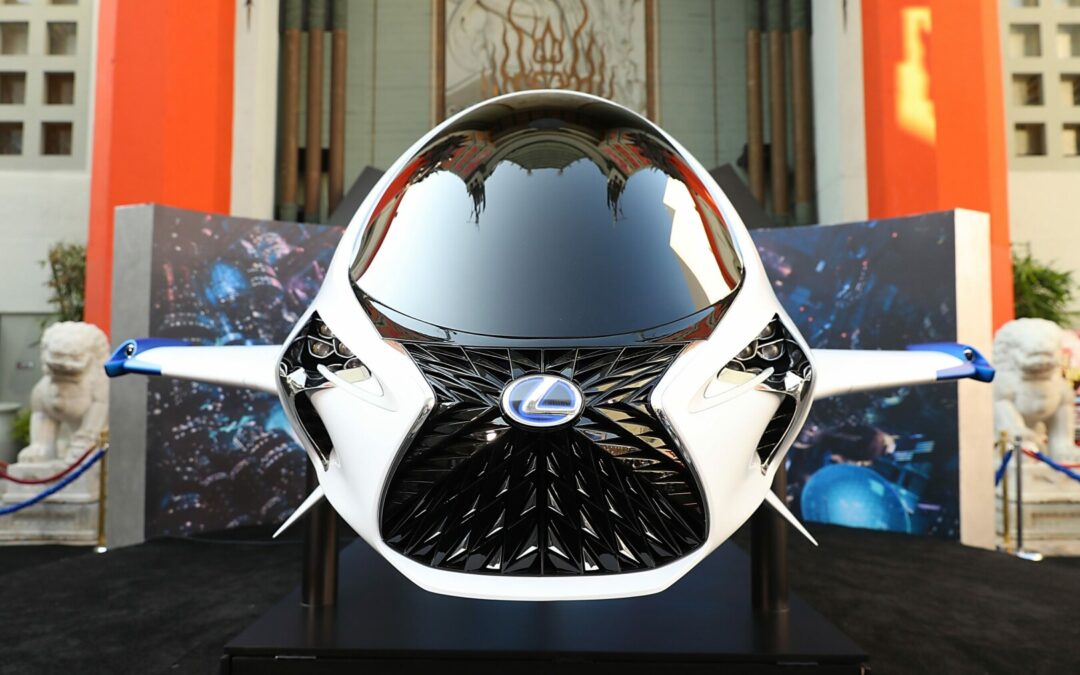 After 10 years as a defining style feature of every new Lexus model, the famous spindle grille is undergoing a transformation. In tune with the inventive era of electrified vehicles, the distinctive shape is evolving into a carefully crafted ‘spindle body’ as seen on the upcoming new generation Lexus RX SUV and the all-electric RZ.

The spindle grille has been an unmistakeable Lexus feature since it was first revealed on the LF-Gh concept model of 2011, the basis for the fourth generation GS luxury sedan that was launched the following year. Since then, it has been constantly adapted to suit the character of each successive Lexus model, with different mesh patterns, dimensions, and finishes. It’s a definitive design signature.

Speaking at the time of the grille’s debut, the then Head of Lexus Kiyotake Ise said: ‘You should be able to identify a car as a Lexus immediately. Instant visual recognition is the core rationale behind our spindle grille. It may look aggressive at first glance – that’s intentional, but it also conveys its boldness with sophistication and elegance.’

The spindle has progressed to become a hallmark expression of Lexus’ L-finesse design, adopted not only for road-going cars, but also incorporated in the futuristic Skyjet spacecraft created for the Lexus-supported movie 2017 Valerian and the City of a Thousand Planets and adopted as a design motif in the Loft, the award-winning Lexus and Brussels Airlines lounge at Brussels Airport in Belgium. 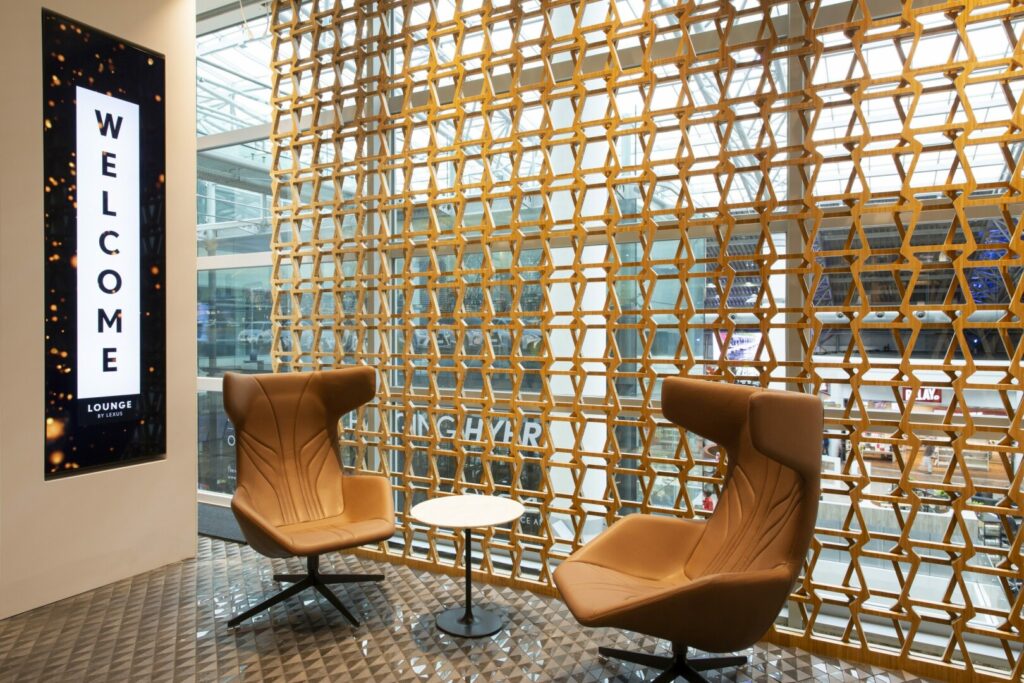 Today, the original grille concept is the starting point for a more radical application of the spindle shape in which it becomes an integral part of the vehicle’s overall design. Now, this ‘spindle body’ approach is part of the Next Chapter Design for the all-new RX, where the grille is re-interpreted as a seamless unit that flows into the bodywork. The lower section retains a mesh pattern, while the upper section takes in the lower edge of the bonnet; the Lexus emblems sits at the centre of the spindle’s high pinch-point.

The same concept has been applied to the soon-to-launch RZ 450e. As a battery electric vehicle, this requires less cooling than a car with a conventional engine, so the grille has been dispensed with, giving the designers greater freedom. Nonetheless, the spindle shape remains prominent in a central front panel, finished in the car’s body colour. Its impact is heightened by the adjacent frontal areas being contrast-finished in black and a low bonnet line, plus more boldly shaped front wings.

How does the Lexus RZ’s exterior design take inspiration from the cheetah and how does it dare to be different?

Perhaps the most striking characteristic of the new Lexus RZ is its appearance. Lexus’ first pure battery electric vehicle (BEV) expresses an inherent dynamism inspired by the cheetah and ‘seamless E-motion’ characteristic of the smooth acceleration provided by electrification. More than being boldly contemporary, the RZ also signposts where Lexus is going next.

Progressive design does entail an element of risk. Not all SUV buyers want a distinctively different vehicle, and some take time acclimatising to new design directions. But where boundary-pushing designers dare to go, public taste often follows. And by embracing Lexus’ ‘Next Chapter’ design, the RZ demonstrates the kind of automotive future the brand is aiming for. A future in which electrification technology enhances vehicle performance, offers driving pleasure, and advances the refinement and comfort of ‘Lexus-ness’. 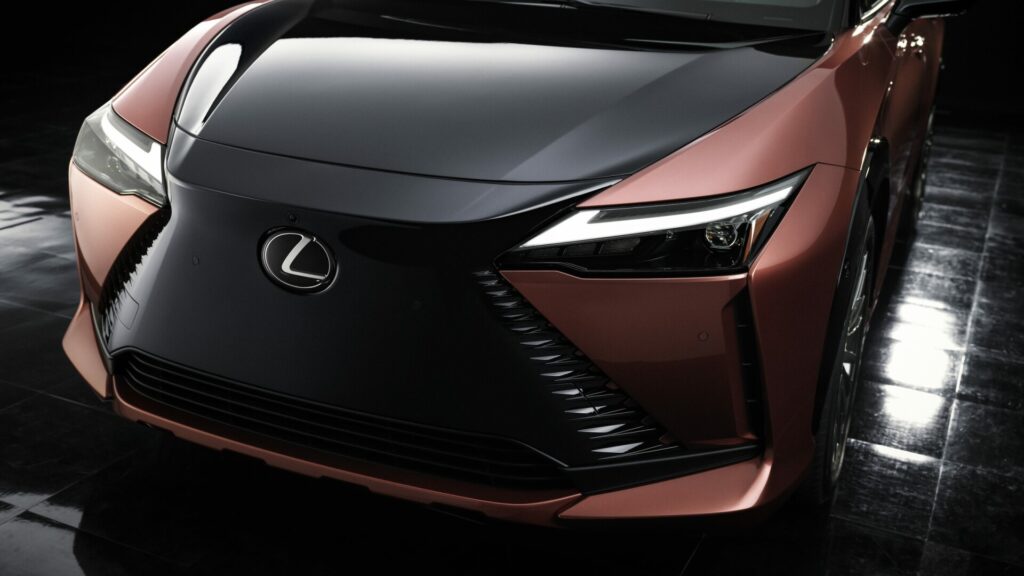 Because this vision informed the core philosophy of the RZ, its exterior design suggests the ample cabin volumes of an SUV yet also the lively acceleration of an EV. SUV spaciousness is implied by the long wheelbase, with wheels pushed to the corners, and by the plentiful headroom evident in the cabin silhouette’s rearward peak. Electric-only propulsion is affirmed by the relatively low hood line and a nose – that is conspicuously without a grille – because there is no internal combustion engine to accommodate or cool.

The fact that electrification delivers responsive, energetic driving performance is important. The basic inspiration for RZ development from Chief Engineer Takashi Watanabe was the cheetah, and this thinking is carried through to the exterior design. The RZ’s body evokes the dynamism of the fast cat when sprinting nose tucked down, tail high, rear legs digging in for grip and propulsion. This is seen in the RZ’s nose-to-tail stance, sinewy flanks, and the way the rear tyres appear to be kicking down at the ground. The body volume appears to push the rear tyres rearward and the rear wheel arches, like those at the front, are distinctively muscular.

Chief Designer Daichi Kimura comments: ‘Because the cheetah is maybe a little too direct as a motif for the car, we discussed this concept a lot and decided to express the DIRECT4 driving performance image inspired by the cheetah.’

That roof spoiler is comprised of two separate elements, located at the outer edges of the body width immediately behind the C-pillars. Some observers have likened this to horns. As with so many other exterior design details, this is a perfect example of function complemented by form – and that form is elegantly individual. It is for both practical and aesthetic reasons that the RZ dares to be different.

In conclusion, Lexus is committed to its carbon neutral mission. This commitment will continue with the introduction of the first Lexus battery electric vehicle (BEV). The RZ will be introduced to the South African market in the next year or so.

On both models, the spindle generates lines that flow back from the front of the car through the bonnet and headlamp units to create a strong and distinctive frontal appearance, reinforcing the brand-defining ambitions of the original concept. 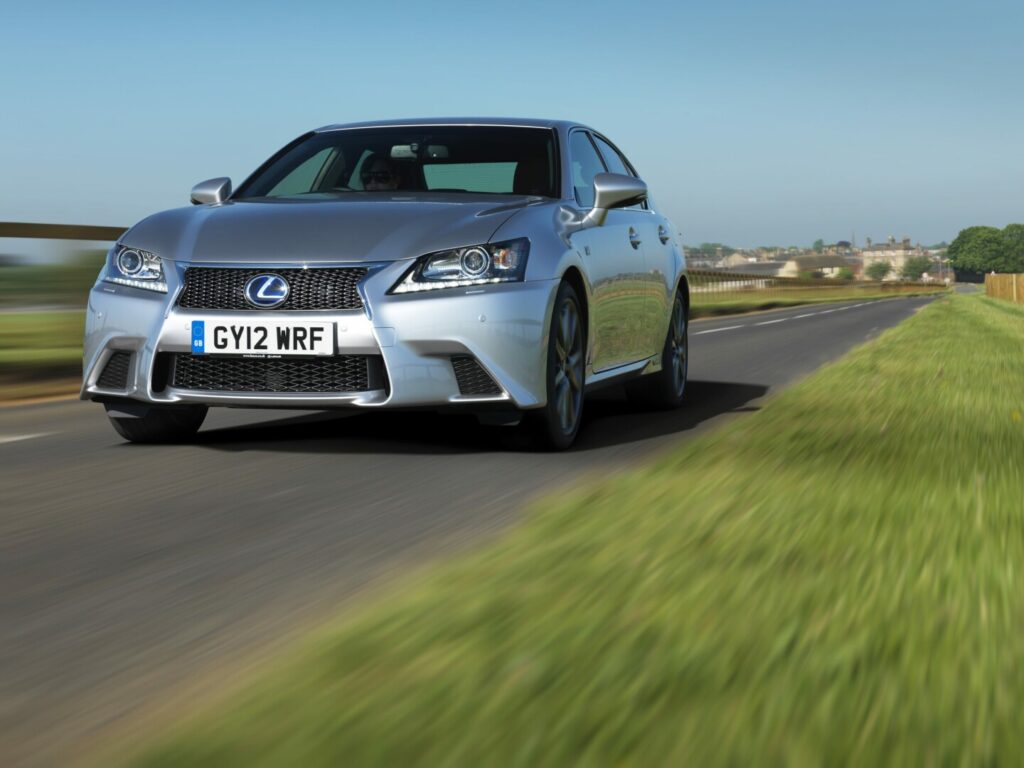