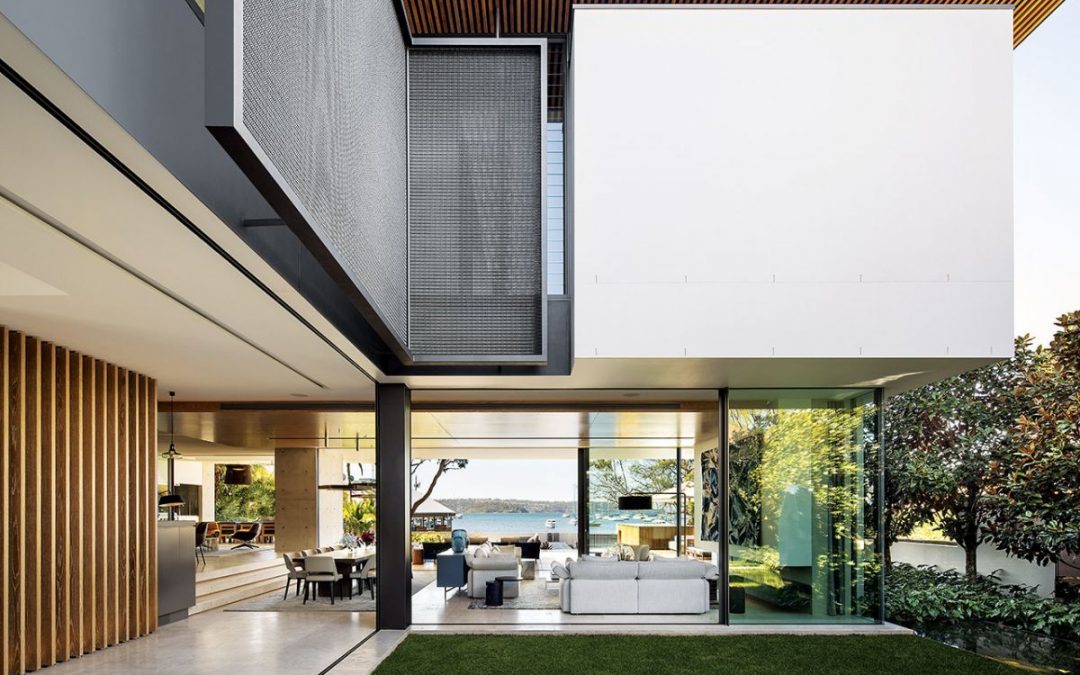 This youthful yet sophisticated contemporary family dwelling is set in a north-facing cove on Sydney’s vast natural harbour. The site borders a recreational park and a public pier that juts out into the bay; this element forms one axis for the site, whilst a pristine beach directly in front of the site, forms another. 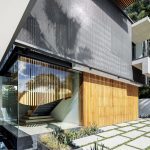 From the principle park elevation the building appears as a collection of planes; a play on space, privacy and threshold. Graphite grey sail screens (made from Kaynemaile, a polycarbonate chainmail developed in New Zealand for the Lord of the Rings movies) are rigged just off the house, providing privacy from the road. Timber cladding, plastered mass walls, a wood-clad soffit and the exaggerated sill of a bay window punched through the sail screens are layered into further planes. This ploy creates depth in an otherwise linear façade and provides privacy whilst maximising light and views to the park.

Set into this façade the stairwell is fully glazed, but wrapped protectively in a cloak of timber louvres. This gently curved outline contrasts with the surrounding crystalline box and mediates between the formal entrance and bedrooms above. 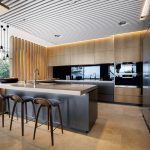 Entry is at 90 degrees to the Bay, off the park. A ramp, edged by water, slopes gently up to the front door; the gradual rise adding to the sense of arrival. Here the U-shaped plan of the house becomes clear. The entrance is a link between two wings, separated by an internal garden that allows views through the spaces to the bay beyond. Seen from the courtyard, a massive blank wall of the upper storey seems to weigh on the glazed levity of the ground floor, amplifying the bay view beneath it.

The bay-side wing of the house is one open-plan space. Stairs, rather than walls, delineate the raised kitchen and family dining from more formal areas. This stairwell extends seawards into the garden that forms a line of axis, drawing the eye out to the view and providing privacy from the public road alongside. The garden is raised above the towpath to provide additional privacy from the beach and to dissolve the distinction between both garden and bay from within. This is emphasised in the pool, the orientation of which – and extension towards the water – makes a clear connection between the two 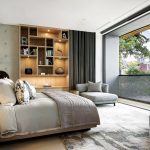 An overarching timber roof canopy connects the street side to the garden and the beach. It permeates the interior, presenting itself at odd moments, while it protects and defines the collection of internal and external spaces composed beneath. From the water it forms a defining motif; expressive of lightness, reflective of the sea and the canopies of the trees.