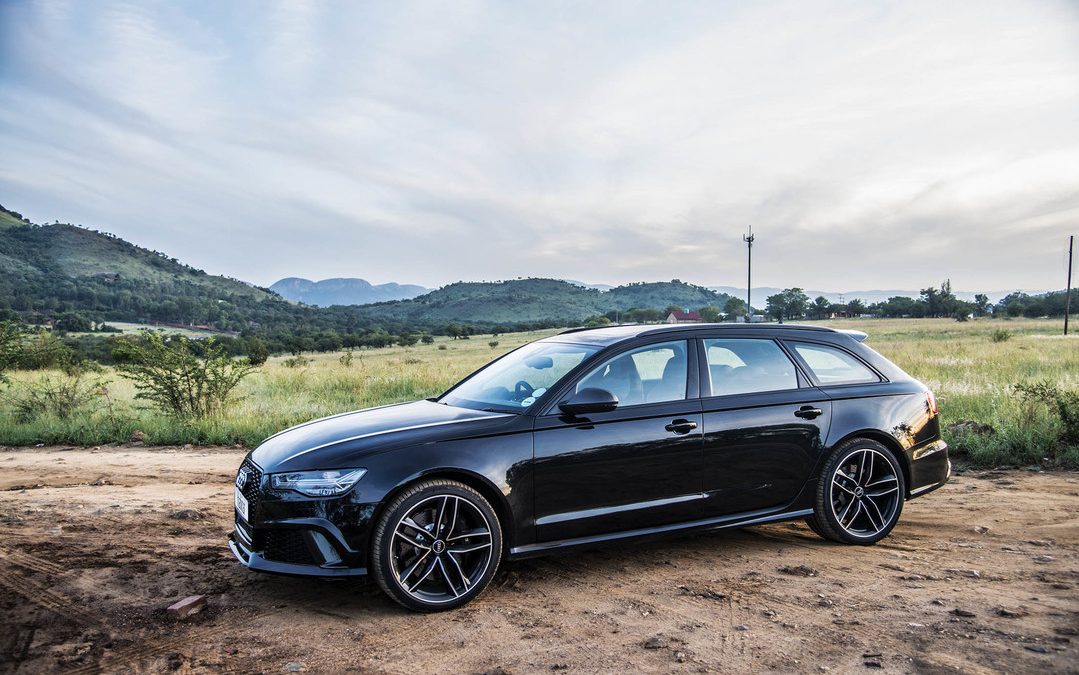 Audi RS6? By definition a car interesting enough to set the petrol-head’s pulse racing. RS Audis are consistently so and have established an enviable reputation; the Avant format in particular.

Audi’s initial foray into fast estates was in the early ‘90s with the RS2, however the first RS6 appeared in 2002. There was then a hiatus of three years before the 2008 release of this mid-range sporting estate with the allure of a 5.0-litre turbo V10; largely unrelated to that of the Lamborghini Gallardo contrary to popular belief.

The RS6 Avant is almost five-metres long, a monocoque in a mélange of mostly steel, with 20 percent aluminium. Under the bonnet is Audi’s longitudinally-mounted V8 that drives all four wheels through an eight-speed A/T gearbox, with a 55 percent weight bias towards the front.

RS6’s interior is typically Audi in being understated in its appeal. Perhaps this is the result of the crispness of the LCD display in front of the driver, and the fold-out 20 centimetre screen above the left hand. Indeed this is familiar architecture, but it features key hi-res highlights: in our review car it was soft black leather with matt alloy highlights, seats were form-hugging with pebble-like upholstery quilting. The overall impression? Slick, superbly functional, timeless and patently Audi.