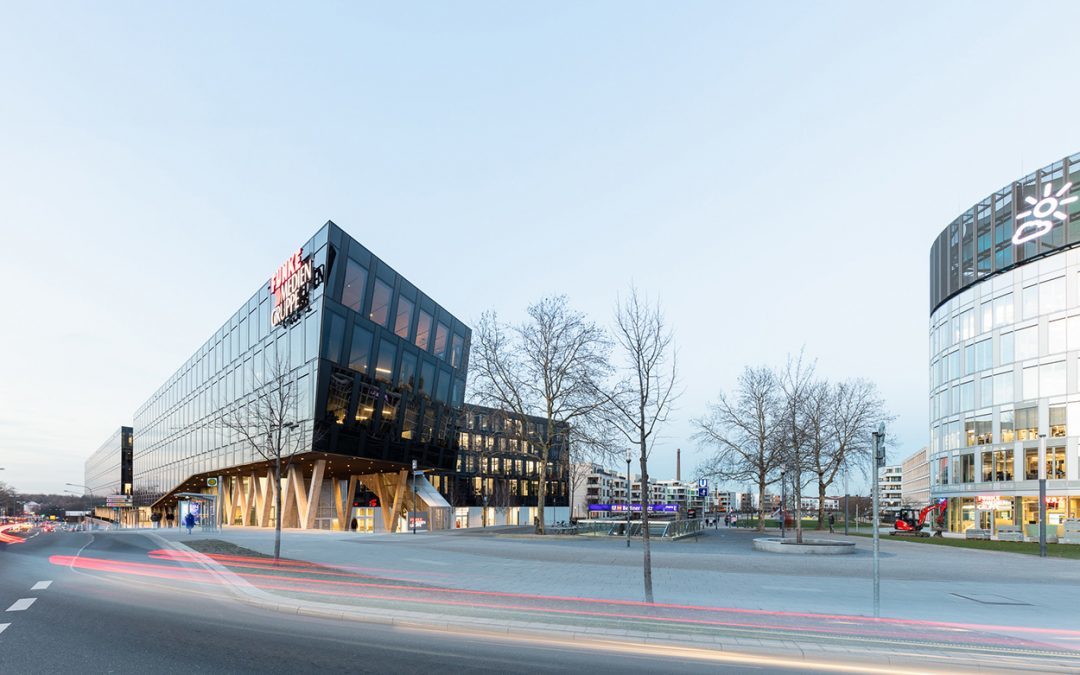 A true exclamation-point! The recently opened headquarter of the international Funke Media Group defines a coherent urban-design ensemble, which – like a well-proportioned body – is articulated as a consistent whole. Its head: the Funke Media Tower, which also accommodates the News Wall, Germany’s largest LED video wall. Its fingers: the surrounding buildings, laid out for variable uses, which was a crucial factor in the planning process. 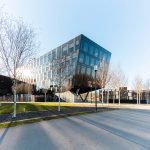 Pursuant to this approach, the ensemble also comprises public spaces such as lobbies, restaurants, and conference rooms as well as areas of amenity and recreation.

In the interior, the pronounced planning idea is inscribed in the different usable areas: newsrooms / meet offices, a day-care centre for children and employee training facilities. 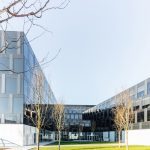 Based on the colours black, silver, and white, the design concept also references the printing process – metaphorically, the printing ink is put on white paper via silver stamps. As an architectural footnote, large stretches of cast-stone tiling in the outdoor areas, punctuated by water basins, rows of closely planted trees  and courtyard-like green areas underscore the overall urban character of this new corporate headquarters.

Situated between Essen’s Grüne Mitte and Berliner Platz neighbourhoods, the built ensemble of the Funke Media Office may – with the harmonious interplay of its structural parts – be read as an urban architectural statement that should be globally recognised. 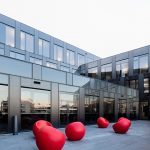