Get in line for willowlamp’s latest lighting piece, Lineal 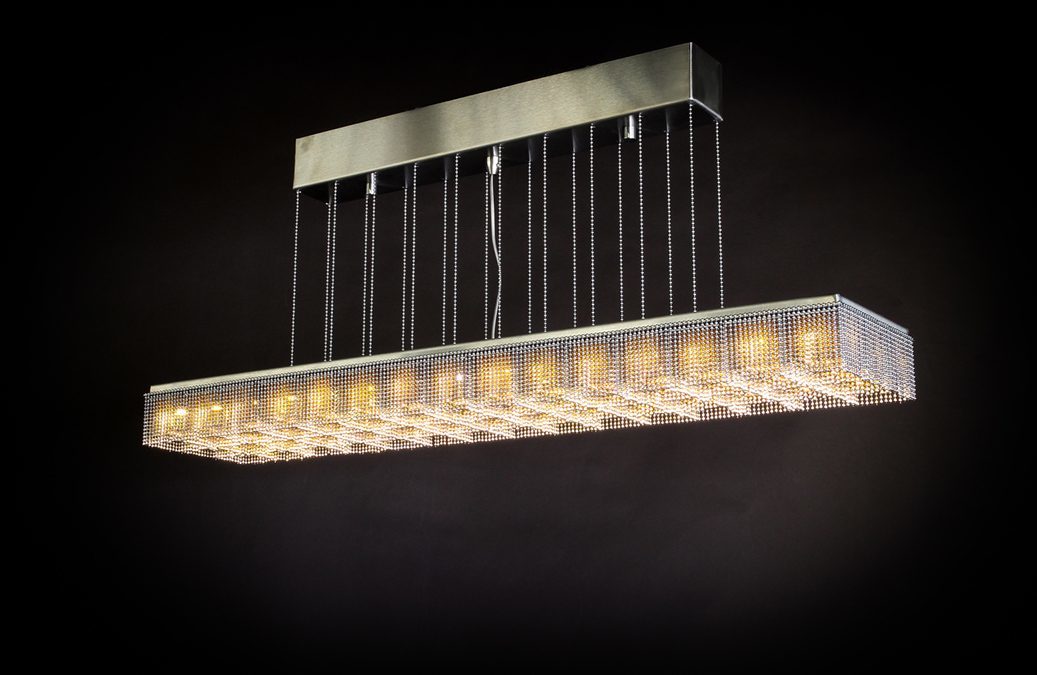 As an innovator, willowlamp is constantly developing its product range and creating new forms of expression via its lighting installations. Creative Director and founder Adam Hoets’ strength lies not only in the aesthetic beauty of his creations but in their conceptual gravitas. As such he’s always conscious of offering beauty with a backstory.

Historically, willowlamp’s chandeliers have often spoken to a love of the organic, the spiritual, the fantastical and the romantic, and have largely been prompted by forms found in nature. But this is by no means Hoets’ only source of inspiration.

As a trained architect, his respect for the built world and innate understanding of geometry give many of his pieces a striking structural impact. It is to this point of departure he looked when formulating his most recent design. Known as Lineal, this new addition to the willowlamp family pays homage to the formality and purity of modern lines. 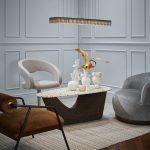 With Lineal, Hoets delves further into the new ground he broke with two strong-lined pieces from the willowlamp 2018 collection, the Geometric Storm and the Link. ‘I think these pieces draw more directly from my background as an architect and my love for modern architecture. They are also a response to the current minimal design sensibilities in the industry,’ he says.

The sleek silhouette of Lineal is a fresh new look from this lighting leader that showcases Hoets’ stylistic dexterity. But while it’s a departure from his foundational designs, and is inherently modern, what drives Hoets is creating something timeless and enduring. ‘I wanted to make my own version of something that was sleek, elegant and minimal, in step with aesthetic sensibilities, but not trying to mimic or copy the trends,’ says Hoets.

Cue a sleek gridwork of chrome chain with a matrix of LEDs – which found its inspiration in old-fashioned office lights and their interlocking reflective metal ‘fins’. ‘This is a play on those – it transforms them into something unusual, beautiful and yet highly functional,’ he adds.

There is a secondary layer woven into this design – seen from below there are either square or diamond patterns in copper or brass chain, a pattern intended to evoke fabric or textile. ‘The different hues from the brass and copper really dazzle in the bright LED light and they infuse the piece with a warmer feeling,’ says Hoets. 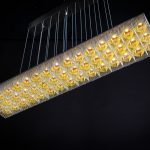 Hoets created this piece in the spirit of newness, and accordingly, it’s intended for a slightly different application from his chandeliers. While undoubtedly striking in its visual appeal as a decorative piece, the Lineal pendant offers a powerful lighting source. This makes it ideal for a working environment or area where task lighting is needed – like over a kitchen counter, a desk, or suspended above a pool table. ‘All that would be needed would be a dimmer switch to make it less bright when the intense light is not needed,’ says Hoets.

A versatile model, Lineal can also be adapted to a client’s space or wishes. To this end, Hoets has created two variations on the base design. Although the two versions – Lineal No1 and No 2 – have the same proportions, the design is actually intended to be modular and can be adapted to any rectilinear shape.

‘It could be much longer and skinnier or it could even be a square shape with a hole in the centre, like a square doughnut,’ says Hoets. While the current models are both suspended, the design could also be a panel fixed directly to a ceiling. Line up your sights for this versatile new release, which is now available for trade, corporate and residential applications.