Jenny Morris AKA The Giggling Gourmet 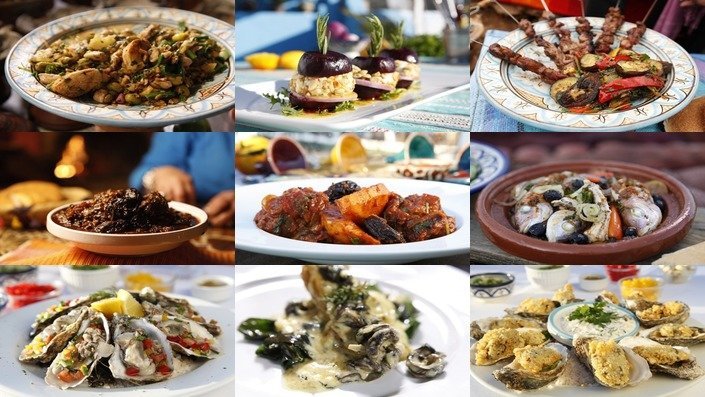 Jenny Morris, also known as The Giggling Gourmet, is one of South Africa’s most-loved food personalities, is the first South African chef to be signed to a global food TV network. Over the past 5 years, she has starred in four series with Food Network, and has become a household name among audiences across Europe, the Middle East and Africa.

Her first series with Food Network, Jenny Morris Cooks Morocco, was commissioned and went to air in 2012. The program was a hit among audiences and in 2013 the channel commissioned Jenny Morris Cooks The Riviera. Last year Jenny also appeared as a judge on the fast-paced culinary game show Chopped South Africa. More shows are planned for 2018. 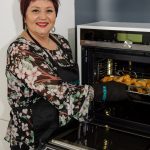 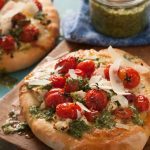 In 2012 Jenny was voted onto the Oprah Power List, she is an author having written 5 cookbooks with her sixth currently scheduled for release Q4 of 2017, magazine writer, radio and TV presenter, celebrity chef, teacher, caterer, restaurateur and culinary tour guide who has had an ongoing love affair with food since she was a child, when she started making mouthwatering treats for school fundraisers. It’s a love affair in the true sense of the word, one that employs all the senses.

Taste is the most obvious, as is aroma. For Jenny touch is also important. “Feeling your food is important,” she says. “Caress it, stroke it, know it intimately.” How you eat your food will reveal what kind of lover you are. “You don’t want someone who eats a sosatie (kebab) with a knife and fork,” says Jenny with the naughty spontaneous laugh that has earned her the moniker of Giggling Gourmet. ” And if I can get presidents and heads of state to eat with their hands, I can do it for anyone!” 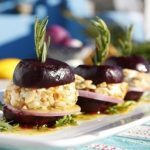 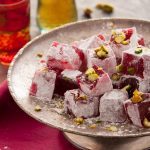 Jenny is the well-known creator of Giggling Gourmet a catering company of note and the CooksPlayground™ where Jenny and her team teaches practical hands-on cooking courses at her cooking school, these include the now famous CooksParties™, TeamCooking™ and SingleCooks™ alternatives all of which have fun and laughter as the main ingredient. Jenny started Giggling Gourmet in 1997. In 2015 Jenny opened her first restaurant Yumcious in the Cape Quarter Cape Town.

Giggling Gourmet FoodTourshas grown into a successful program of culinary trips, going to places that allow you to experience the food and culture of destinations such as Thailand, Malaysia, Borneo, Vietnam, Cambodia, Singapore, Hong Kong, mainland China and Morocco with future destinations that will include Australia, Italy, Ireland and South America as well as inbound trips to South Africa. 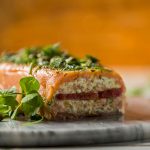 Jenny’s formula for success is to “entertain informatively and inform entertainingly,” something she does with flair. Not only has she conquered radio but Jenny has made several television appearances both locally and internationally.

Jenny is also an examiner for The Culinary Academy, a judge for various food competitions, and is in regular demand as the first choice SA Celebrity Chef to make appearances at various functions and product launches. She is often commissioned by leading brands for both recipe and menu development as well as promoting, demonstrating food and related products.

Although she has cooked for dozens of celebrities and royals, (amongst others these have included Prince Charles, Thabo Mbeki, Kenneth Kaunda, Charlize Theron, Al Gore and many more), Jenny remains down to earth and when she’s not wowing the public she can be found in her kitchen stirring a pot of something fragrant and delicious. “Layer those flavours,” she advises, “and feel that dish come alive in your hands”. Jenny also has a networking relationship with a number well known of international celebrity chefs.

She has broadcast over 1000 radio shows and over 45 local TV shows and inserts and many more for international shows in the last 15 years.