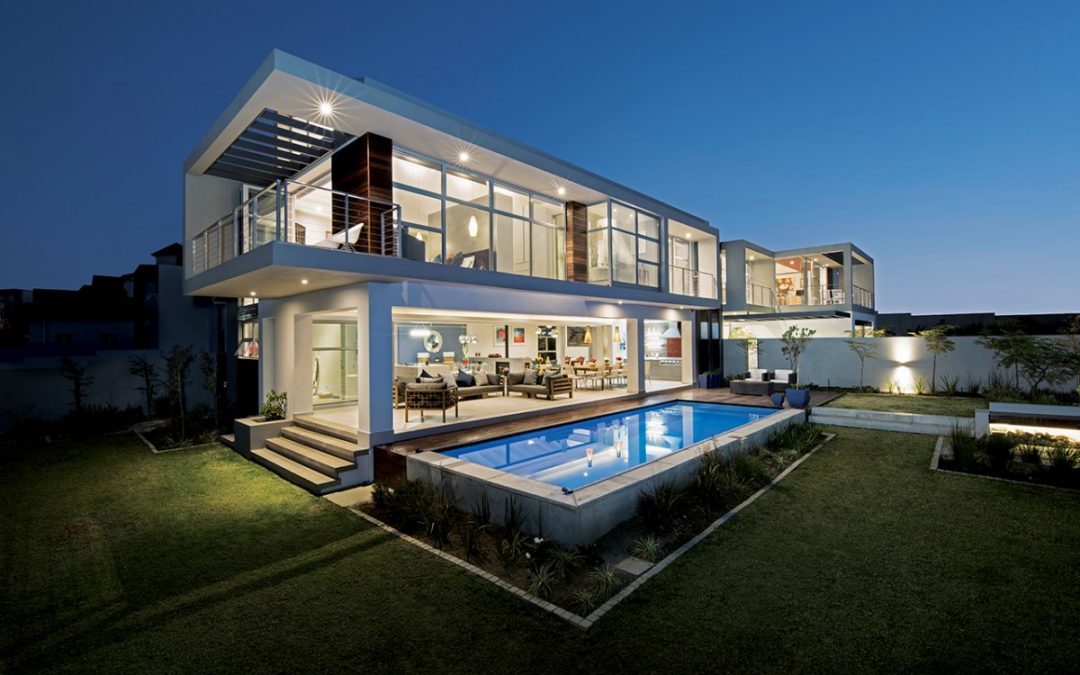 On a vacant stand of just over 900 square metres, architect Sergio Chinelli crafted this new build double-storey family home of 510 square metres. His brief was to design a contemporary South African home that would relate to its unique environment while reflecting the tastes and personality of
his clients. 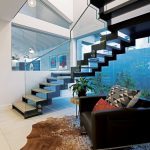 Within what is a multifunctional living area, the staircase forms a geometric sculpture in accessing the extensive second level. 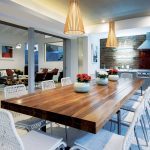 Says Sergio Chinelli: ‘The site is located in a tranquil residential estate in the fast-paced and rapidly developing area of Fourways in Johannesburg’s northern suburbs. The house faces directly north along its longest side and feints to the north and east to capture the best daylight and surrounding shallow mountain views. Situated on the corner of the residential block, the design provides for openness on its eastern and northern sides, whilst turning its back on its only two neighbours to the south and west. With close direct access to a green belt situated across the road, the house is well positioned to enjoy a tranquil park with several small lakes that filter down to join the Jukskei River.’ 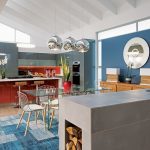 The kitchen is a functioning part of the living area which it adjoins. As such, its decorative signature follows the theme. It also directly accesses the terrace and is therefore ideally positioned for outdoor lifestyle and entertaining.

The linear form of the house makes the best use of its long northern exposure. This creates a sleek, minimalist aesthetic and an overall lightness, which was achieved through the use of delicate, thin structural concrete and steel elements. The home enjoys generous outdoor covered entertainment areas that frame diagonal views of the green belt and the L-shaped private garden surrounding it.

Interior and exterior spaces merge on opening large multi-track sliding doors that divide the open plan kitchen, dining room and sitting room from the covered terrace. The use of a folded concrete overhang wrapping around the eastern and northern façades creates a strong unifying architectural element that defines the aesthetic of the house and acts as an essential means of controlling the sun. 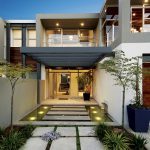 A studio is strategically located above the garages (right of the entrance) facing the open driveway, with separate access from the street, and – via its position within the public domain separating workspace – from private spaces. 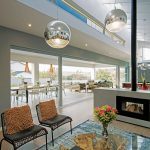 The decorative palette is interesting in being a collective of natural materials and hard, reflective surfaces.

Architect Chinelli adds: ‘The low-lying proportion of the folded concrete form sets the scale for the rest of the house to follow. The bedrooms float effortlessly above the covered entertainment area allowing the kitchen, dining and lounge – running parallel to the terrace – to enjoy a single-storey, mono pitched roof. Sitting and dining rooms are subtly separated via the use of a double-sided slow combustion fireplace that supplies heat to both sides. A long axial circulation space runs through the length of the building, allowing views right through the house at both ends. 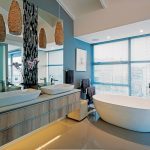 The main en suite bathroom has a freestanding bath cantilevered out over the edge of the building in a frameless glass corner facing towards the mountain views.