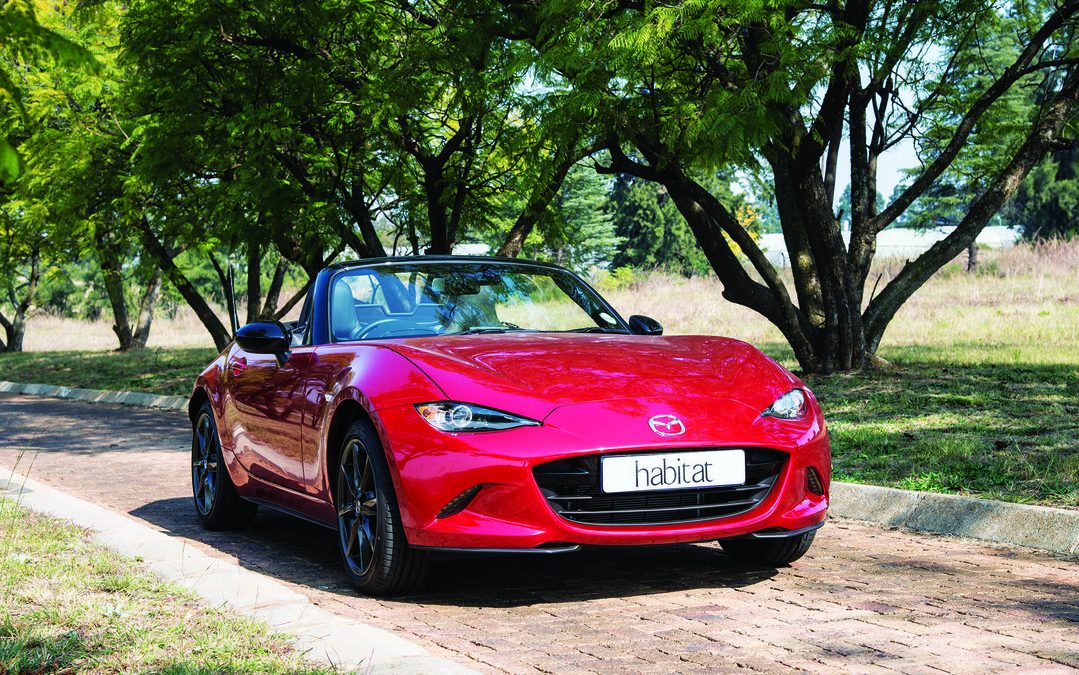 The Mazda MX-5, released as the Mazda MX-5 Miata in North America, rapidly won acclaim as a lightweight two-seater roadster. With its time-honoured front-engine, rear-wheel-drive layout it debuted at the Chicago Auto Show in 1989.

From the outset, the MX-5 was conceived as a small roadster of light weight and minimal mechanical complexity, while being technologically modern and reliable. Conceptually, it evolved from the British sports cars of the 1950s and ‘60s, viz: the Triumph Spitfire, Austin-Healey Sprite, MG Midget and particularly the very elegant Lotus Elan. 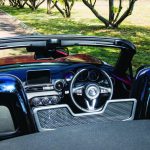 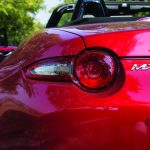 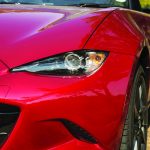 The second generation MX-5 appeared in the 1999 model year and the third generation for 2006. My wife owned both models 1 and 2 over more than a decade and I enjoyed driving them; and I recall driving Model 3 on its launch in the Western Cape. All were pretty cars with model 1 perhaps being the least complicated in purity of profile. All were nimble performers.

Generation 4 of the MX-5 was released for the 2016 model year and it has a lot to live up to because its forbears were the best-selling two-seat convertible sports cars in history. In fact, by April 2016, over one million MX-5s had been sold around the world. Since the launch of the third generation, Mazda consolidated its global marketing badging it MX-5, with the exception of the United States where the roadster is marketed as the MX-5 Miata, which derives from the old High German for reward. 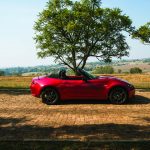 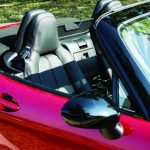 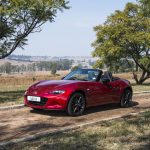 Model 4 is somewhat removed from the classical little beauty that was the first MX-5. It’s still pretty at both front and rear, but shows bulbous rises over back and front wheels; those at the front being particularly notable when driving. The result is that the new car seems to have a dip in the body line in profile; not unattractive this, but is it really necessary?

The main problem for me – at just over six feet in height – was that I could not really get comfortable in the driver’s seat. 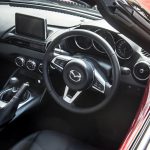