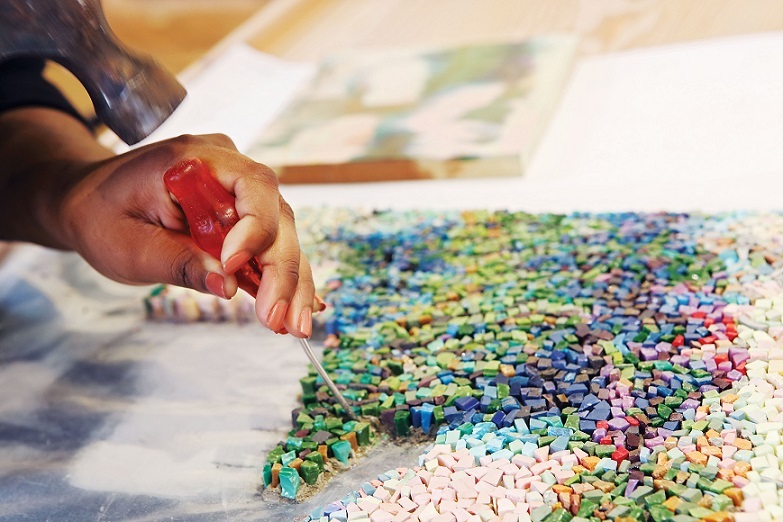 Eight, Spier’s acclaimed farm-to-table restaurant, has a new neighbour. The next time you come for lunch, arrive a little earlier and pop into the new Spier Artisan Studio – Stellenbosch next door. In this airy, light-filled space, rows of jars containing brightly coloured glass line the walls. In the glow of the chandelier overhead, artisans are quietly at work. They’re using hand-cut mosaic or beads to create, with meticulous precision, interpretations of works by South African fine artists. 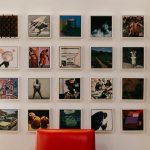 “The opening of this space demonstrates the depth of Spier’s commitment to supporting the visual arts,” Spier family owner Mariota Enthoven says. “We believe the arts are a powerful tool for transformation – sparking new insights and inspiring us to engage with our world in new ways.” She adds: “The Studio, along with the various outlets that grace the Werf, including our Farm Kitchen and food garden, is a way of reconnecting the heart of our farm with its past so that it is once more a hub of artisanal activity – where agriculture, food and creativity find expression.” 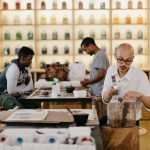 The Spier Artisan Studio – Stellenbosch is a satellite of the Spier Artisan Studio in Cape Town’s CBD which was responsible for the Dying Slave mosaic installation and the Spier Mosaic Kraal, the country’s first permanent outdoor exhibition of mosaic — both on the Spier estate. The Cape Town studio is also home to the Spier Artisan Apprenticeship Programme, a rigorous three-year course which develops master artisan skills in the mediums of ceramics and mosaic. Garnett Ludic, who completed the programme in 2016, is the Stellenbosch Studio Manager. Three other graduates from the programme have been granted workspace in the studio for 12 months, after which space may be made available to new graduates. Passionate about what they do, each are only too happy to unravel the mysteries of this ancient art form to curious visitors to the space.

“The space deepens the scope and ultimate effectiveness of what the Apprenticeship Programme offers, giving graduates the invaluable opportunity to gain work experience in a real-life studio and retail environment,” says Mirna Wessels, head of the Spier Arts Trust, which administers the space as one of several arts projects that aim to make a significant contribution to the Southern African cultural environment 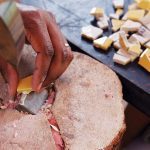 Also to be found in the studio is Neliswa Skiti, the Marketing Manager of Qubeka Bead Studio, which was founded in 2004 and is fully-owned by three professional beadwork artisans. She is accompanied by a rotating guest artisan from her studio.

Many of the pieces the artisans create are interpretations of works from the Creative Block project which supports both established and emerging artists through purchasing work that is then sold to collectors. Creative Block also inspired the name of Spier’s range of premium, award-winning blends. Original Creative Block artworks are also on display and for sale in the Studio. 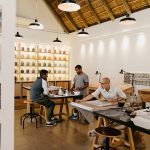 The Spier Artisan Studio – Stellenbosch is open from Tuesday to Sunday 10.00 to 18.00. To find out more email studio2@spierartstrust.co.za.