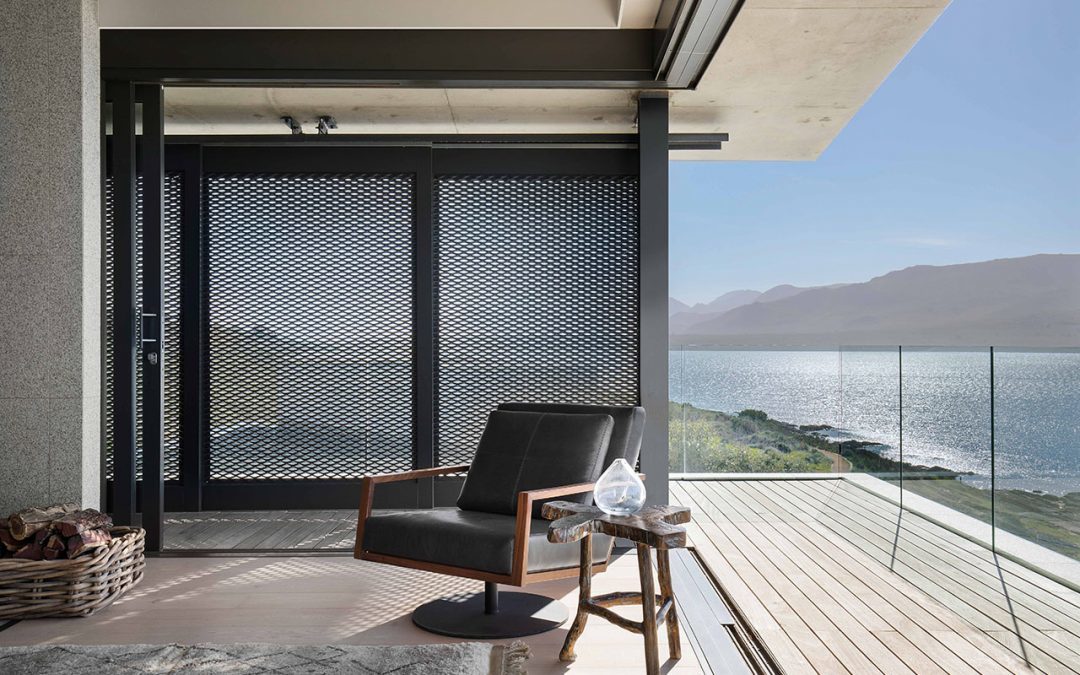 Artisanal furniture creators OKHA, are currently extending their influence to the Northern and Western hemispheres, starting with the London Collection.

As creators of luxury furniture and accessories, this boutique and artisanal Cape Town brand is currently extending its reach from the tip of South Africa to London, New York & Miami.

VERB is also the title of one of OKHA’s most admired dining chair designs and one of seven pieces which make up OKHA’s London Collection. The design, along with its sibling barstool variant, CARLOTTA, draws clear inspiration and gives a humble nod to the beautifully articulated and defined style of self-taught architect and metal worker, Jean Prouve. 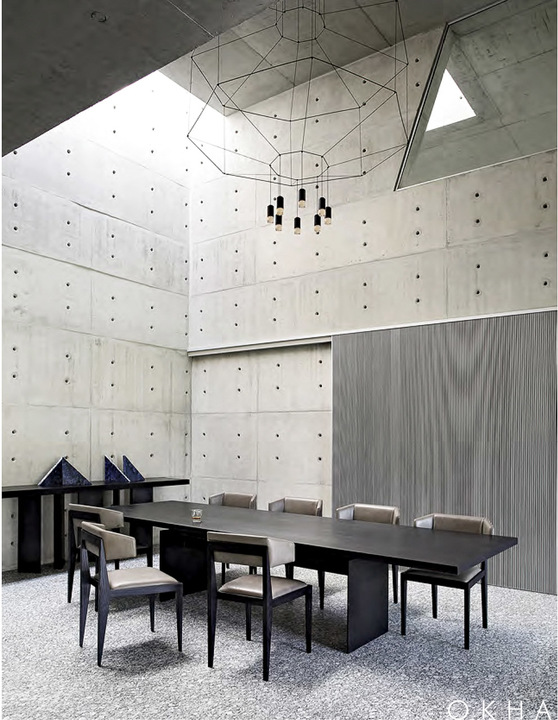 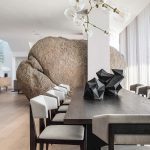 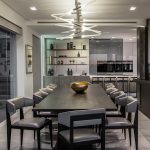 CARLOTTA
Carlotta has a shared genealogy with the Verb dining chair; both have adapted the iconic Prouve elongated triangular leg as the pivot and substance of the structure, it is a form and design that shows intent and movement. Available in a broad range of timbers and finishes, the VERB & CARLOTTA are adaptable to many environments. 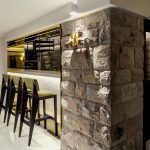 MILES
Elegant and sensual, the uninterrupted and rhythmic form of the Miles armchair is a singularly lyrical expression of movement and form.

In the same manner that a musical tone or note shifts in tempo, its cadence modulate, the visual contour and shape of MILES carries the viewer on a visual journey that traces the form of the chair from base to seat to backrest in one perpetual but nuanced motion. 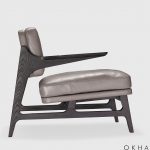 FRANK
The Frank barstool articulates and defines space with a structurally anchored and masculine frame. When viewed from front or back the steel frame creates a dynamic visual graphic, the result of a single supportive vertical beam executed at the perfect incline. It is the combination of this unique graphic line work and luxurious leather upholstery which makes the Frank barstool such a paradox of minimal restraint and visual substance. 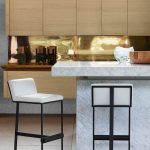 STM
Central to OKHA’s London Collection is the STM which has gained iconic status in Southern Africa.

A pivoting armchair whose width and breadth are an exceptional display of paired down luxury, The STM expresses a great deal with few words. A tautness of line combined with great ergonomics and exceptional comfort are key elements that have made STM such a classic.

“In the world of the OKHA Design Studio, the acronym STM is often used, it literally means SPEAK TO ME, and is a request for further dialogue, a desire to connect, communicate and explore the subject further with the aim of finding the optimum solution, the best possible result.” – Adam Court 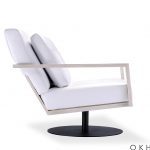 LEAN
As much sculptural artwork as side table the Lean reveals designer Adam Court’s knowledge and background in fine art and sculpture. A study of geometry’s relationship to gravity, this table presents new options of proportions from every angle. It is this approach of creating something beyond design and beyond ornament, larger than the sum of its parts that reflects OKHA’s style. 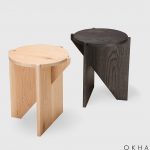 BARNETT
Named after the New York artist Barnett Newman, Barnett is a dining chair that defines space in a 360-degree axis. Barnett is visually stimulating from all angles thanks to its beautifully crafted framework. It is a chair of great comfort, grace and refinement.

It is OKHA’s ability to create pieces which articulate and complete a space that will invariably give this South African born brand its place in the world of design. Now available through the Staffan Tollgard Design store in London Chelsea. 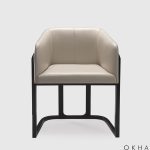