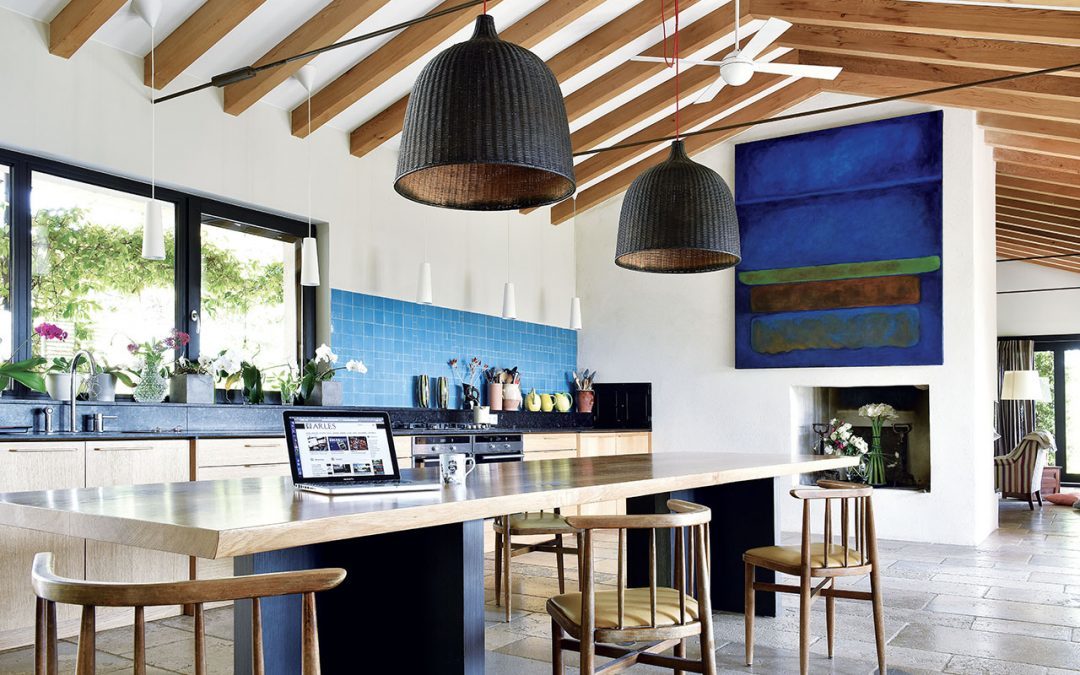 British designer David Price heads up a residential-specialist architecture and design practice, which has completed notable projects across the south of France for almost 30 years. More recently, he embarked on finding and restoring a new home for his family; his target location being an area of Provence set within the stunning Chaîne des Alpilles region. 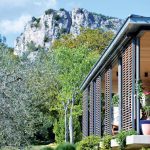 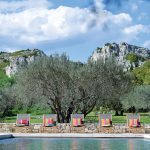 This enchanting natural site, in the northwest of the Bouches-du-Rhône, is made up of a chain of small limestone mountains offering a panorama stretching from Mont Ventoux to the Cévennes and from the Sainte Victoire mountain to the Camargue. David Price was searching for a property for his family, but one that could also serve as the offices for those of his team based in Provence. The perfect site was literally the second he saw; a property originally built in the 1970s by a local farmer as an outbuilding for his herd of goats – but since added to, resulting in a relatively small residential dwelling. 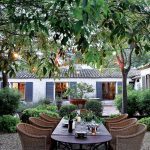 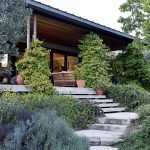 Says Price: ‘The existing property was formed in a long U-shape, with living areas at the northern end of the U, and open at the southern end. The inner courtyard was flanked by stables and other accommodation, including a gite d’étape, created specifically for guests arriving on horseback. The arrangement around the courtyard was pretty, but overgrown with no views out towards the surrounding countryside of olive groves, pine forests and rocky outcrops.’ 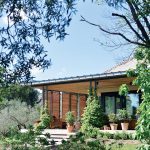 Restoration began on the east side of the property, where the new offices were created out of the former gite d’étape, adding east-facing French windows to ensure privacy for the remaining residential areas. The west wing was then restored as three flowing, interconnected living spaces comprising: living room, kitchen, scullery and formal dining room. The remaining section of the property – the shorter north face directly between the two longer sides and the top of the east wing – houses TV room, laundry and storage areas, plus four bedrooms and bathrooms. 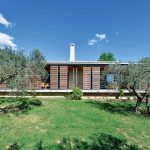 The lengthy covered terraces are made up of a steel column and beam construction and are roofed in zinc, with a ceiling of red cedar and a vertical louvred system. Says the designer: ‘Because the long wall of the living room, kitchen and dining rooms faces west, there was an issue with the afternoon sun in late spring, summer and early autumn. The addition of sliding, louvred panels in red cedar created light as well as shade and sun protection, and the ability to re-expose sections of the terrace when the heat is less intense.’ 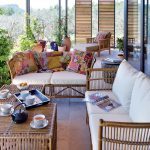 Price expands: ‘We retained local colour in the garden in the form of olive trees and created a water-wise layout, using mostly Mediterranean plants that can cope with the extremes of temperature in Provence and the fierce mistral winds. The result is a palette of greens, which flowers at different times of the year.’

David Price says that a prerequisite for the interior was to be totally accessible to the spectacular exterior and to capture as much natural light as possible: ‘The narrow footprint of the house works very well for this, with large scale or even full-height glazing in many sections, ensuring the interior is flooded with light from both sides, especially in the living spaces. For interior decoration, laid-back simplicity was key: all walls are white, beams are exposed and cool stone floors were laid throughout, except in the master bedroom where the flooring is timber.’

The living area features sofas with a linen-feel to the upholstery and an upcycled coffee table was made from an old kitchen island top, with legs purchased from a local ironmonger. The rug here is from Turkey and a vintage, mid-century Scandinavian sideboard runs along one side of the room, purchased from an antique dealer in Nice. The wall behind features a collection of African raffiaware bowls and an artwork over the fireplace is by Malian artist, Mohamed Diabagaté and is made up of thousands of individual scraps of paper. 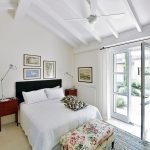 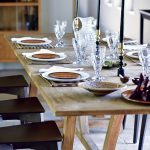 The house is accessorised throughout with a plethora of art and ceramics. Says David Price: ‘This is a wonderful region for picking up great paintings and objects; this landscape has been endlessly inspirational for creative people over centuries, particularly to the 19th-century greats, such as Cézanne, Van Gogh and Gaugin.’