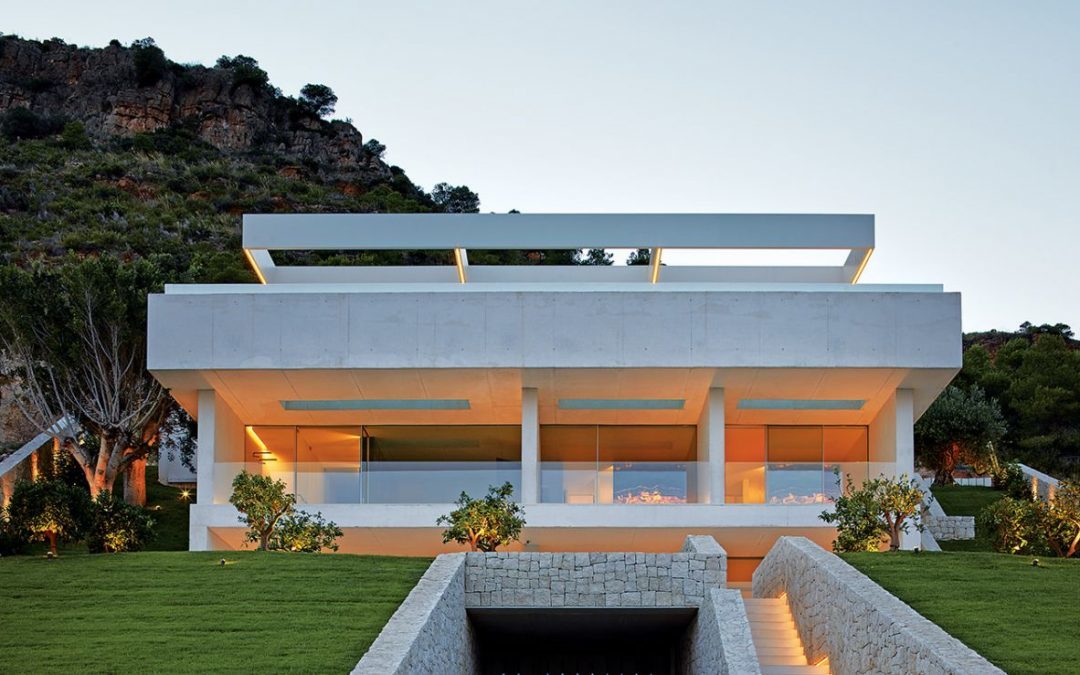 Located on the top of a hillside, in one of the best-established housing estates of Valencia, the concept of Quarry House was dictated by the extreme conditions of the ground and the owner’s prerequisite to climb the slope in order to enjoy panoramic vistas of the landscape. It was completed in 2017 on an undulating fall of land and measures 610 square metres. 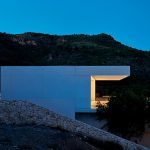 The essence of this contemporary build is its oneness with the location – inserted into an indigenous Spanish mountainside.

The layout of the house consists of a series of overlapping boxes centred on the vertical rectangle of the land. The structure settles into the mountain on this verdant plot that isolates it from its direct surroundings. Says architect Ramón Esteve: ‘It creates a universe of its own that hosts its inhabitants within a unique aura.’

The lower part of the house hunkers down to gain integration with the ground, while the upper level opens to two opposite vistas. On one side, views of the ocean – extending to the horizon and introduced by the swimming pool – and on the other, panoramas of Mediterranean forest. 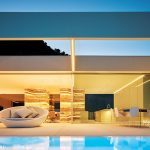 Aesthetics are at the fore here: an essentially white overlapping envelope of spaces punctuated by iconic, illuminated slabs of onyx.

The upper level, intended to exist as one fluid space, incorporates all the day areas. The terrace and the pool have been designed as an extension of the interior that connects the house with the landscape. The swimming pool is a virtual prism that extends along the frontal elevation to overhang the bedrooms and the gym. 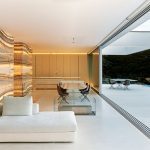 Minimalist elements abound in fixtures and furnishings that eschew clutter and non-functionality.

The openness of the architecture is emphasised by a glass front façade without upright supports that frames panoramic views of the sea. This is achieved by a build which rests only on the sides of the structure, thus allowing the uninterrupted, uncluttered signature. Quarry House achieves a singular ambiance of lightness and transparency, it invokes contemporary tranquillity and seems to link with both land and sea while embracing the horizon. 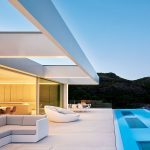