Rising Star Stanislaw Trzebinki to Showcase at the Melrose Gallery 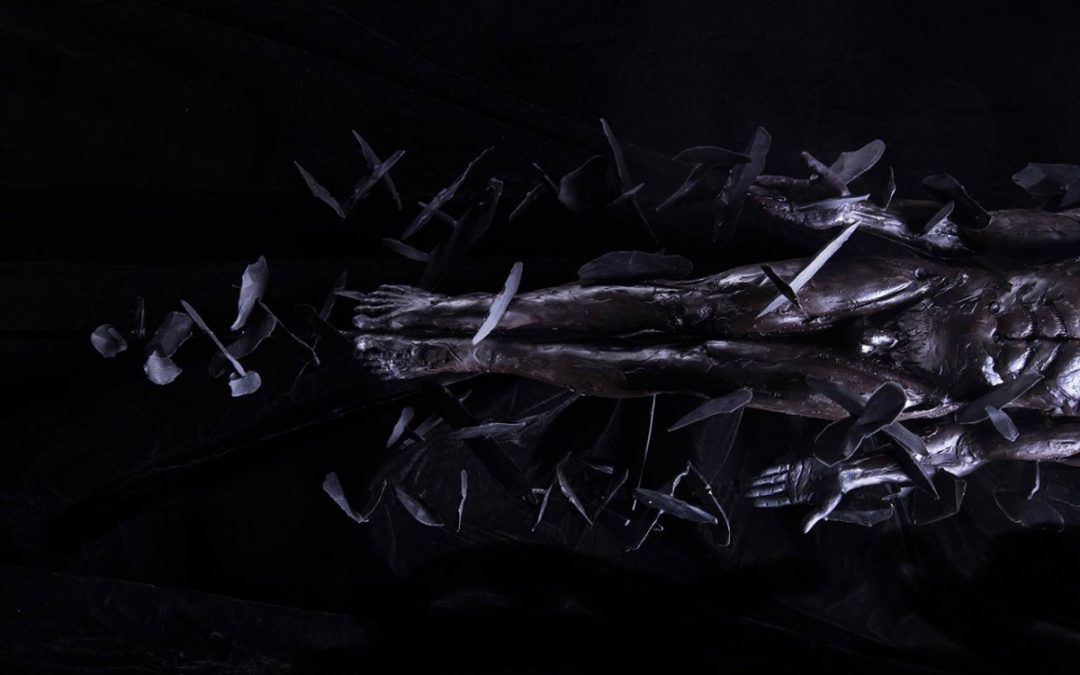 Gauteng art enthusiasts are in for a treat this July as Stanislaw Trzebinski, a talented 25-year-old sculptor, showcases his mesmerising solo exhibition, “Ortus”, at the Melrose Gallery in Johannesburg.

Part of his ongoing coral series, “Ortus”, features never before seen bronze sculptures in the 41-piece strong showing, along with never before seen two-dimensional works on brass, copper and paper. The exhibition follows on from a well-received run in Cape Town late last year. 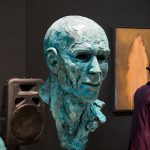 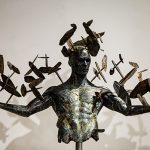 “Ortus”, the Latin word for origins or beginnings, aptly evolves and extends Stanislaw’s central theme of modern man’s disassociation with the natural world.

The exhibition is presented as a complete story in that each work speaks to and has relevance to each other.

‘’I sought to illustrate the beauty of perfect harmony with nature, which is all but lost in modern life. I feel the need for us to take a closer look at our origins, and rekindle our forefathers’ appreciation and respect for the natural world on which we depend for our survival.” Stanislaw Trzebinski 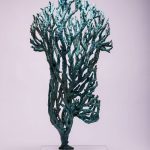 Now based in Cape Town, Trzebinski is a Kenyan born sculptor of Polish, German & English decent. He is the son of famed painter, the late Tonio Trzebinski, and celebrated fashion designer, Anna Trzebinski. Both parents enjoyed international critical acclaim in their respective fields. With this heritage, it is therefore not surprising that his outputs thus far carry all the traits of a passionate creative force to be reckoned with. 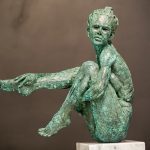 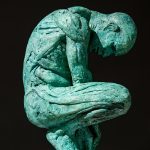 Discovered in high school, Stanislaw had his first solo exhibition at 17-years old. Although political commentary inspired his early work, his love for nature soon took over. After a brief stint at the acclaimed Pratt Institute in New York, he moved to Cape Town to hone his skill and produced a body of work that incorporated natural elements, like coral, rocks and abstract shapes and forms with the human form.

‘’Stanislaw has a remarkable understanding of his materials and his use thereof is way beyond his years. He is not afraid to experiment and this exciting blend of talents is resulting in artworks that are completely unique and extremely captivating. He is fast establishing himself as a serious contender in the South African contemporary art scene and we expect to see great things from this talented young artist,’’ Craig Mark, Director: The Melrose Gallery.

Stanislaw’s Functional art, ‘’Triton’s Table’’ was exhibited with thanks to Southern Guild Gallery, as part of the Contemporary Living: Art, Craft and Design exhibition at Christie’s South Kensington in April 2017. 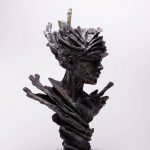 Stanislaw was invited to speak at Christies, the respected international auction house, at their latest event, in order to provide collectors and enthusiasts with an insight into his unique working processes.

Commenting on the Christies auction, “I am deeply humbled by the opportunity and am still lost for words somewhat. As hard as I have worked, it’s an honor that one does not expect in one’s twenties. This has been a wonderful experience.”

“Ortus” will run from 6 – 27 July 2017 at the Melrose Gallery in Johannesburg and this exhibition should not be missed.

For more information on the exhibition see www.themelrosegallery.com

ABOUT THE MELROSE GALLERY

The Melrose Gallery, a 290sqm space situated on The High Street, opened to the public on 01 December 2016. The gallery is a collaboration between Justin Divaris, well-known entrepreneur and CEO of Daytona – sole importers of Aston Martin, McLaren and Rolls-Royce, Clint Strydom acclaimed South African photographer, and Craig Mark of Kizo Art Consultants.