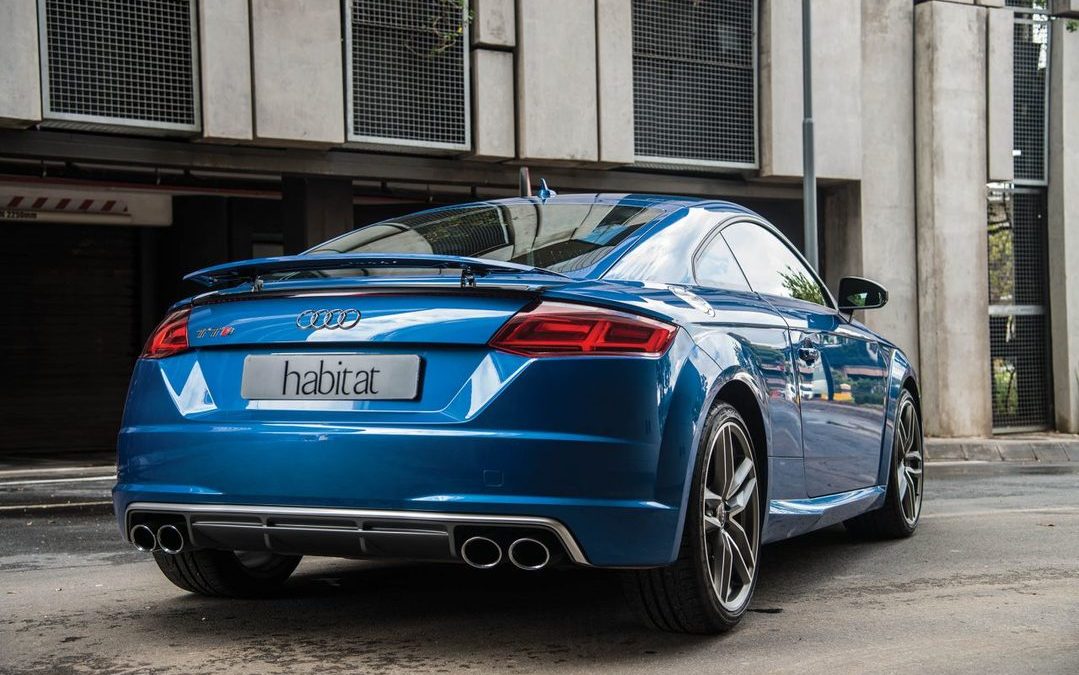 In the late ‘90s I owned the first Audi TT, a cute little car that evoked admiring glances from most appraisers. It was go-kart agile on the tarmac, if a little light at the rear end – a boot spoiler was added – and subject to turbo-lag. However, not everyone enjoyed its rounded simplicity – one unkind friend said: ‘When are you giving it back to Noddy’. 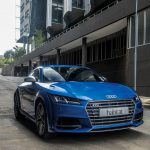 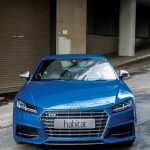 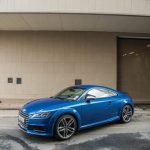 But that original TT took the roadster world by storm; it was a small, good looking sports car that appealed to those with a taste for the aesthetic. Designed by some very talented people – the acclaimed Peter Schreyer was one of the team who worked on the retro-inspired interior – the TT was indeed unique.

The second effort from Audi was less Dinky Toy – more of the svelte roadster – and there have been several derivations on this theme since. It was in 2006 that the Mk I gave way to the Mk II – a far more modern version of the iconic design – which was lighter, tighter and all-round a better on-road performer. At that time the admiration wasn’t for the range topping 3.2-litre V6, but rather the 2.0-litre turbo. The smaller engine car was better balanced elevating the TT to a genuine sports car among the petrol-head community. 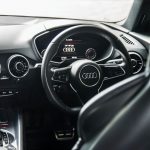 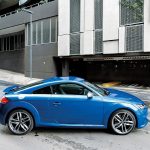 The 2016 Mk III Audi TTS is suitably badged and has larger wheels than the regular TT; and very pretty they are, as are the four chromed exhaust pipes. There’s substantially more grunt with power and torque having increased to 210kW and 380Nm respectively. These gains translate on the road into a more dynamic drive; the TTS feeling noticeably more eager and faster than the standard model.

Interior design retains the minimalist feel from TT MK I; it’s still retro and beautifully detailed, finished in matt alloys and black high-end materials. Build quality is peerless and the ventilation binnacles have set a precedent for several other sports-car dashboards. The digital / conventional rev counter dominates the display and satellite navigation is built into the Audi Virtual Cockpit. Seats in leather and Alcantara are diamond-stitched and well-bolstered; although body-hugging they offer admirable comfort. 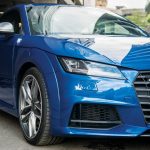