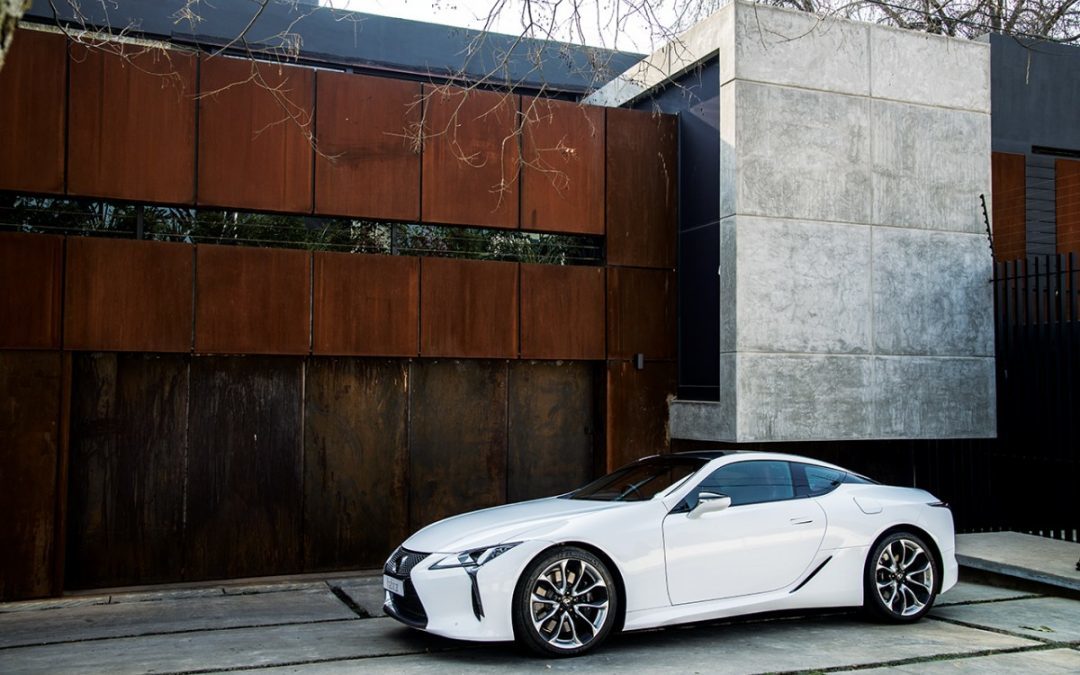 This latest sports coupé derivation from luxury Japanese brand Lexus manifests as an emotion evoking design. It presents as a viable alternative to certain European peers and is most definitely an artfully penned head-turner of note.

So initially it’s all about the look; and whether the current Lexus design language is appreciated in being markedly different to the German’s marques in particular. The LC500 definitely evokes visual appeal, almost like a concept car that made it onto the tarmac, but there are some questionable design elements, such as pronounced teardrop indicators both front and rear, which tend to be a little overt. But otherwise this is a pretty Lexus. 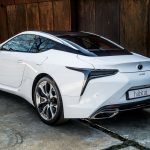 I’m not that enamoured with the Lexus grinning grill, but on the LC500 it’s not so predominant as on the RX or NX SUVs. Here, the front and rear of the coupé seem to have been coordinated into a sculptural holistic look that is not always apparent on other Lexus models.

In the metal it’s really imposing, evoking a low-slung crouching muscularity that demands further scrutiny, so maybe the LC500 points to Lexus being a brand on a mission to reinvent itself. Then there is the noise from the naturally-aspirated V8, which sounds more like an Aston Martin than a Lexus. Coupled to a new 10-speed automatic transmission, the LC500 delivers an exhaust note that rasps and barks mightily through an active exhaust system that allows the engine to emit a natural noise on gear changes. It’s quite addictive. 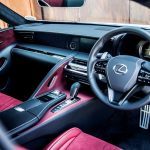 The experience of driving the LC500 is notably different from other Lexus models and at a press of the start button it revs on start-up like a Lamborghini or Ferrari would. With 351kW of power on tap and 540Nm of torque, the naturally aspirated V8 delivers a 0-100km/h time of 4.7 seconds. This is rapid enough for what is a large and quite weighty sports coupé, but roadholding reveals an engaging and precise drive experience.

It presents a ride that is both compliant and smoothly absorbent on SA’s dodgy road surfaces, while never sacrificing dynamics. The 10-speed A/T is super smooth and very engaging to use and the short gear ratios mean that the LC500 will sit at the top of its rev range under full acceleration for longer, which extracts most out of the engine in terms of grunt and provides a very evocative soundtrack in the process. 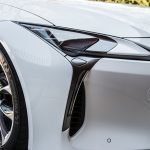