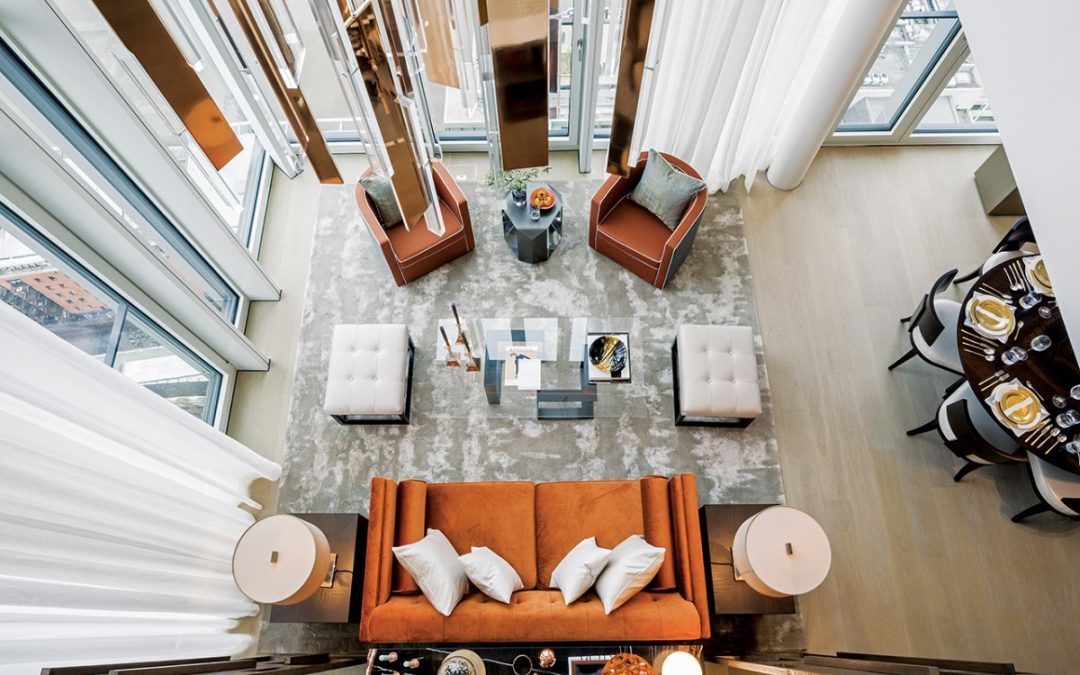 This new residential development is a 41-storey building that has been extended upwards after being originally built in 1972 as a 30-storey tower. The layout and interior architecture were completely redesigned and leading interior designers Goddard Littlefair have recently completed a three-bed, 220 square metre duplex apartment within the new upper floors of the development. Located on a prime, west-facing corner on levels 36 and 37, this interior scheme won the Gold Award for Residential Interiors at the 2016 London Design Awards. 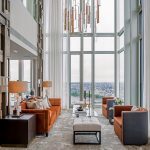 All screens create interest, subtle zoning and delineation within the double-volume space. These measure 6.195m x 0.7m and have a liquefied bronze finish; each one was made in three sections and then assembled on site. 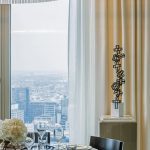 Artwork throughout the apartment makes reference to cubist and modernist influences, such as the bronze Rising Structure by Antonio López Reche, located in the dining area and displayed on a plinth.

The Goddard Littlefair design team sought to instil character and detail through a sophisticated scheme, which respects the building’s modernist heritage. In terms of style, it exercises restraint via simple forms and expresses a version of bespoke luxury revealed over time through subtlety and precise detailing. From the outset, the designers opted for the most dynamic layout possible to capitalise on the apartment’s elevation. 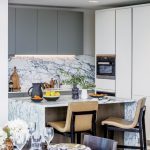 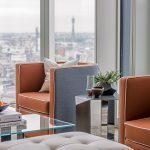 The accommodation is arranged around a stunning double-volume living space, offering spectacular views – through the tall windows – of the evening sunset over London’s West End. This formed the initial design inspiration for the scheme, expressed in a colour spectrum of rusts and ochres, together with a secondary palette of greys, oysters and soft blues. To make the view absolutely central, a formal seating area was arranged right up against the glass, with a striking hanging sculpture in the living space as a central feature of the scheme. 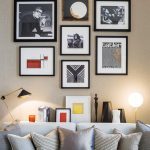 he building’s former life as King’s Reach Tower, the home of IPC Media, is seen in iconic magazine covers and personalities from that era on the walls of the study – a further enclosed space on the apartment’s lower floor. 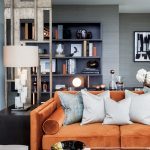 The lounge area features bespoke furniture by Goddard Littlefair, including a contemporary low-backed sofa with inset pads, rolled bolsters and recessed piping, upholstered in a burnt orange velvet. Two rust-coloured tub chairs, wrapped on the outside in black and grey herringbone fabric and with cream detail piping, rotate 360° so that the owners can take in the entire view from west to east.

Curtains here and throughout are light-toned and neutral, using oyster silk wool together with ivory sheers. Goddard Littlefair Creative Director, Richard McCready-Hughes explains: ‘We didn’t want to compartmentalise the view or create any internal competition with it, so for the floor-to-ceiling glazing the curtains we chose to offer only a slight softening and insulation, in order to add warmth, but not obscure the vistas.’ 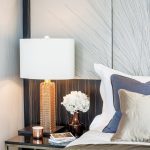 The designers reorientated the master bedroom so that it faces out towards the view. 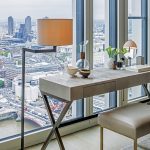 A dressing table in an embossed snakeskin-texture leather features both patent and suede finishes. 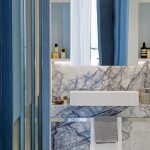 Directly behind the living area is a library space, demarcated by a bespoke, marble-topped console with striking veins of orange, black and grey; along with a chair by Giorgetti. A freestanding bookcase to the rear of the library area was bespoke-designed in dark-stained oak on a bronze skirting plinth and measures 2.04m high x 2m wide, with horizontal shelving and ‘liquid metal’ uprights, as well as burnt orange leather bookstands and integrated lighting.