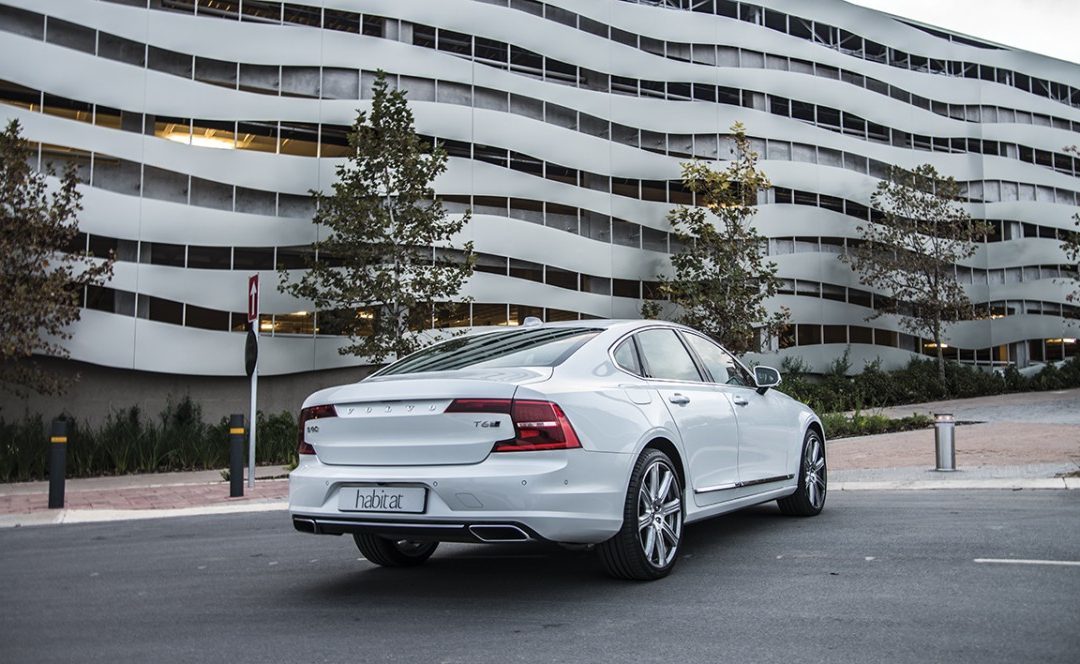 For 2017 Volvo has followed its excellent XC90 SUV with the new S90 T6 luxury sedan, which shares the same basic platform and much of its peer’s technology. Bearing this key factor in mind, it should deliver an equally notable experience.

The first impression is great. The profile is clean, chiselled, even aristocratic – sophisticated without any pandering to fashion. This overarching ambiance of tasteful exterior restraint is reinforced within the cabin with slick looking touches, albeit some of which are a bit dated, rather than retro. Authentic wood insets actually resemble matt adhesive foils from the ‘70s, while the central dash and air vents have a jukebox feel – à la Wurlitzer. Finishes are good, however, and the chrome accents sparkle brightly. 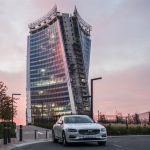 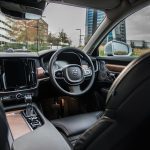 Up front are sculptural, slender power leather bucket seats, which I found quite hard although they were laterally supportive and allowed good headroom. Yet some of the S90’s interior components are a little creaky, air vent controls are fidgety and the sun visors do not extend for taller drivers. The steering wheel is small and there are no paddles for
DTM-type rapid manual changes in and out of bends, but this can be done with the short drive selection lever pushed left. The manually tilting and extending steering column is another oddity. However, the interior is not as carbon copy or robotic as certain German and Japanese marques.

An unusual touch is the starter switch mounted low on the centre console; a small, square nub that is twisted like a traditional key. This is a unique, patently Volvo quirk, which reminds the driver that this is not a BMW, Audi, Mercedes-Benz or Lexus. 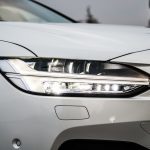 Interior décor notwithstanding, the major element dominating the S90’s dashboard is a vast infotainment screen. This vertical 23.6cm tablet display employs Volvo’s Sensus Connect system, which supersedes physical radio and climate controls. It’s rapid – like a modern tablet computer – and is activated by a variety of swiping and prodding gestures; thus it can be a little difficult to navigate, which is distracting. And the digital instrument cluster can evoke the same impression via steering wheel-mounted controls. Yet, familiarisation doesn’t take too long and aside from navigation, telephony and climate functions, Sensus Connect also offers 4G LTE connectivity, in-car Wi-Fi and Apple CarPlay.