There’s no doubt about it, real estate is on the up and up in Cape Town, with a capital growth of between 20 and 30% recorded over the past year in the City Bowl, Atlantic Seaboard and Southern Suburbs areas. It therefore comes as no surprise that leading property company, Rawson Developers, have jumped at the opportunity to build another block of contemporary apartments – The Winchester – in one of the city’s most iconic and up-and-coming suburbs.

Located in the heart of Observatory, a suburb famous for its strong community spirit, easy-going atmosphere, casual restaurants, trendy bars and cafés, The Winchester promises to remain relevant for years to come thanks to its clean, modern lines and future-forward design. 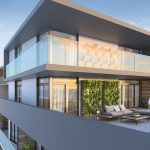 Each of the 105 New York-style apartments has been designed to maximise living space, by integrating eating and living areas. This effortless sense of space is accentuated by floor-to-ceiling glass panels that were included to create light, bright spaces and reveal unrestricted views of Cape Town and the surrounding mountains.

The Winchester includes the full spectrum of features; from sophisticated security and a host of green design elements (centralised heat pumps, LED lighting and VOC-free paint) to carefully considered communal areas, where neighbours can connect.

Observatory has a long and fascinating history, which dates as far back as 1657. Its name (often shortened by locals to Obs) is taken from the Royal Observatory Cape of Good Hope, which was built in 1820. 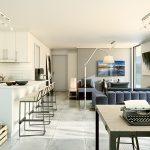 During the apartheid years, Observatory was one of the few so-called ‘grey’ suburbs, where South Africans from all race groups lived side by side. Aside from this celebration of diversity, which lives on in the present-day, there are many other reasons to love, and consider investing in, this laid-back, bohemian neighbourhood:

Observatory is situated just minutes from the University of Cape Town’s main campus and medical school and within easy reach of the N2, making it the ideal address for both students and young professionals. The suburb is also home to Observatory Station which forms part of the Simon’s Town line.

With its laid back atmosphere, pop-in restaurants and trendy bars and cafés, which include long-standing treasures like Pancho’s, A Touch of Madness and Queen of Tarts, there’s plenty to enjoy about the Obs scene – from morning until late at night.

The Observatory Improvement District (OBSID), is committed to improving security in the area and works hard to “nurture the unique ambience, charm and diversity of Observatory village as a meeting place of artists, intellectuals, professionals, workers, residents and visitors.” 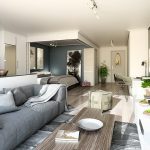 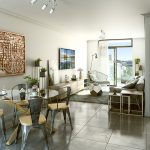 As if you need any more incentive to snap up one of these fantastic apartments, on launching their off-plan sales on 23 February 2017, each buyer is automatically entered into a draw to have the apartment they purchase decorated by a renowned homeware or décor brand. Two prizes are available: a one-bedroom apartment furnished to the value of R100,000.00 and a two-bedroom apartment furnished to the value of R200,000.00. 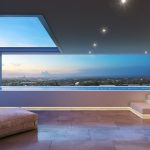 Finally, to really drive the you’ve-got-to-get-your-hands-on-this point home, the FNB House Price Index for June 2016 states that one of the “main [drivers] of the accelerating national average house price inflation rate of late appears to be the Western Cape Province, with a 2nd quarter year-on-year house price growth rate of 12.1%. Sentiment in and toward the Western Cape appears very positive at present, the region having created a perception of good economic management along with a good lifestyle.”

Investors interested in The Winchester should pre-register in order to be eligible for purchasing on the day. Registration can be found online: