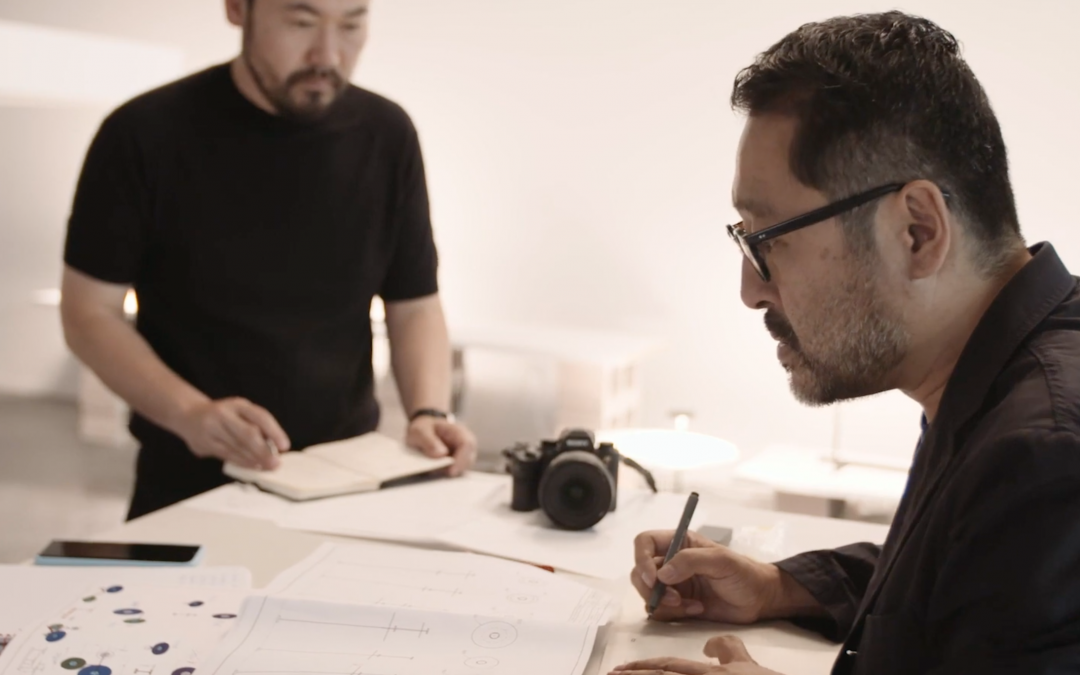 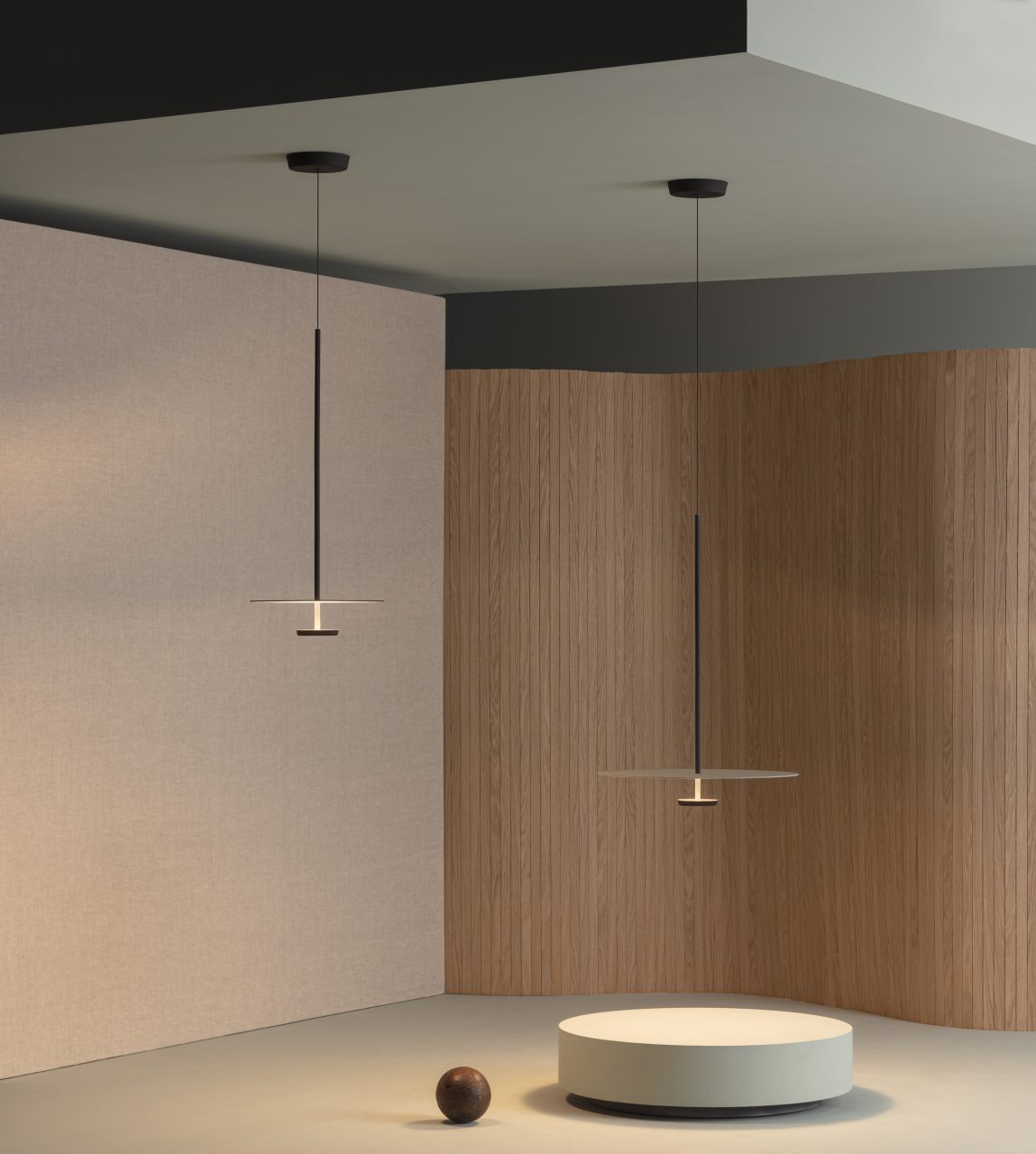 The innovative lamps convey the signature aesthetic of Iwasaki, known for his minimalist and abstract style. Flat’s sculptural spheres and lean proportions co-mingle in perfect equipoise, a unique expression of metal.

Iwasaki’s mission was a modern interpretation of the classic reflector disc, which he realised in the fixture’s striking, static silhouette. A study in geometry, the design easily integrates with surrounding architecture, generating layers of light with a graphic presence. 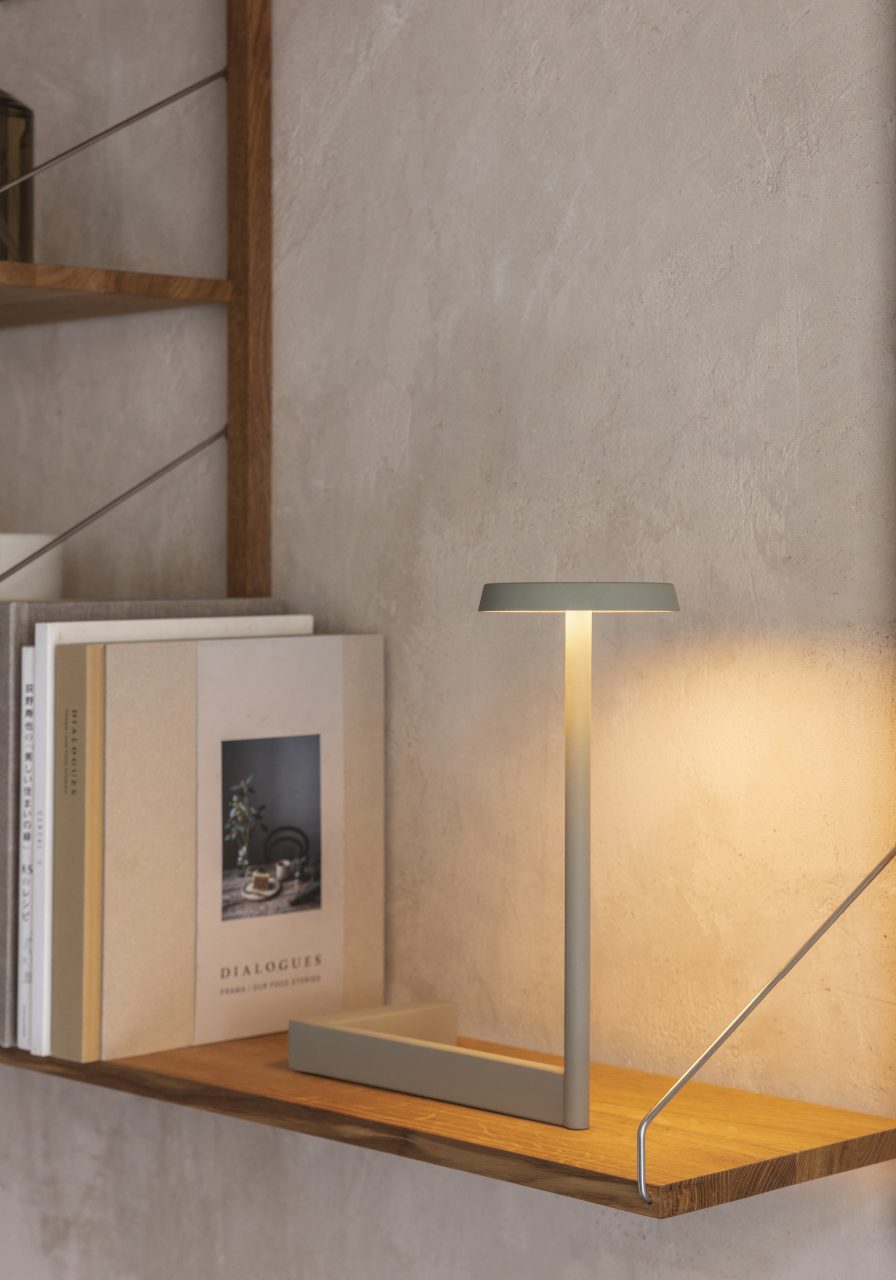 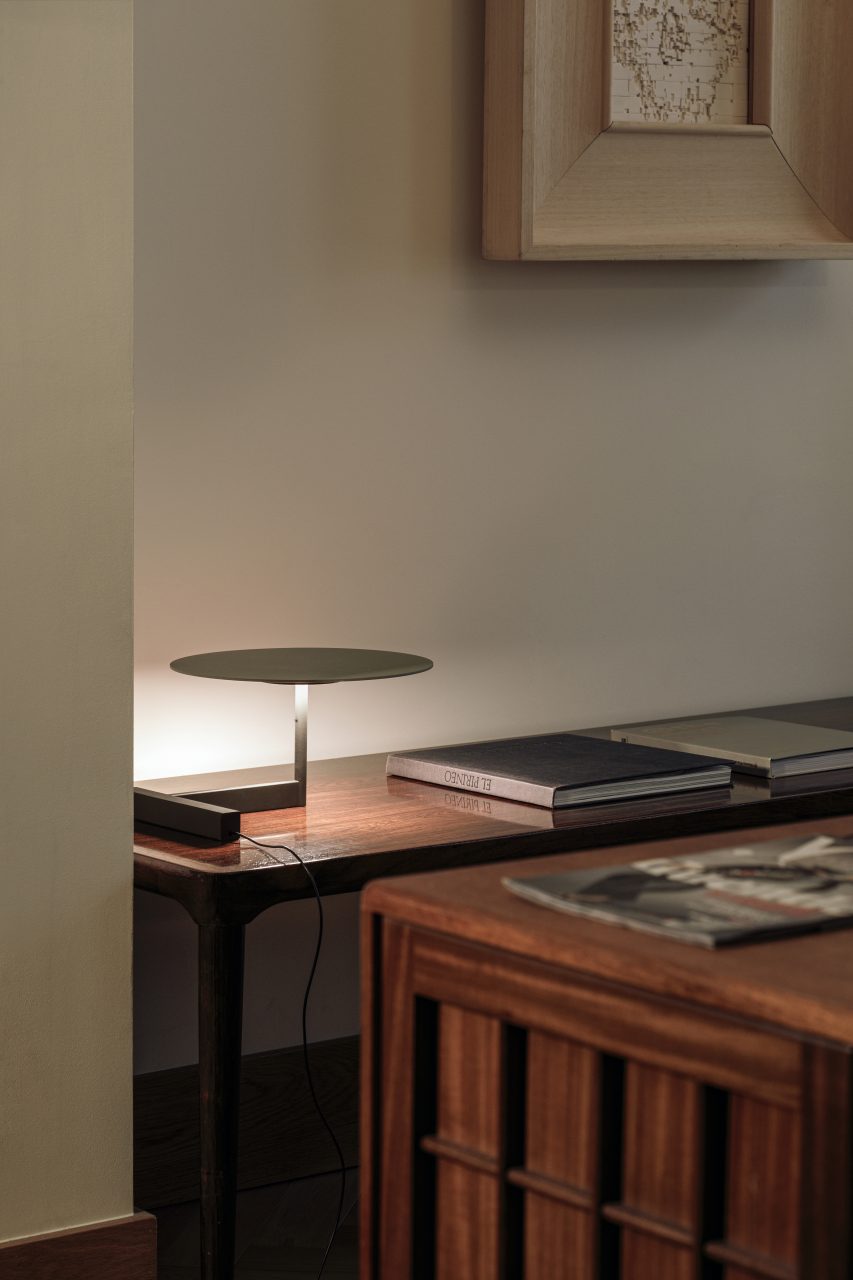 Says Iwasaki: ‘It creates a rhythmic and comfortable landscape.’ The contrast between a bold linear framework and its svelte discs produces a compelling structural cadence.

‘Dotted on the ceiling, floor, and table-top, it looks like letters of the alphabet or a line of musical notes.’ 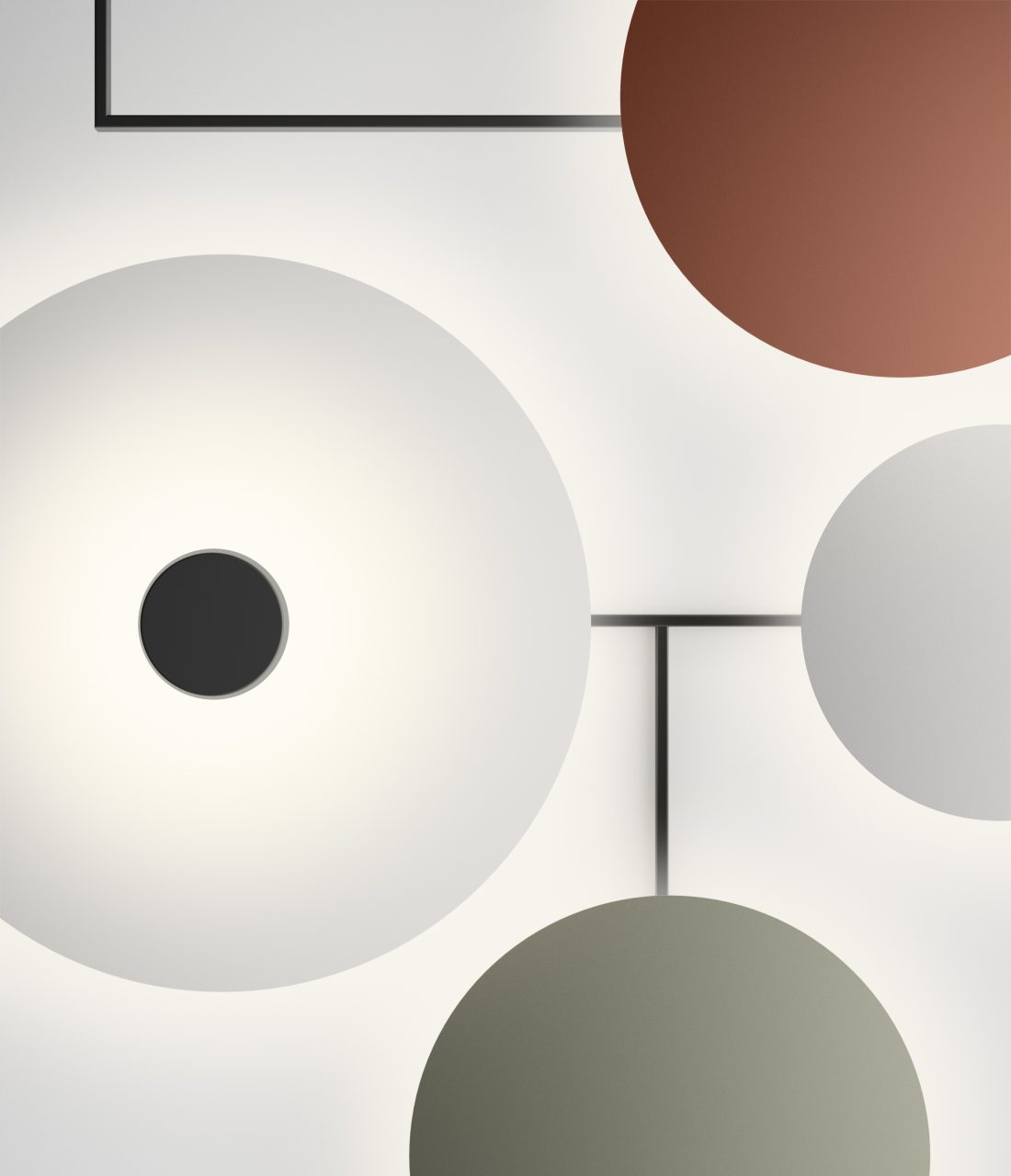 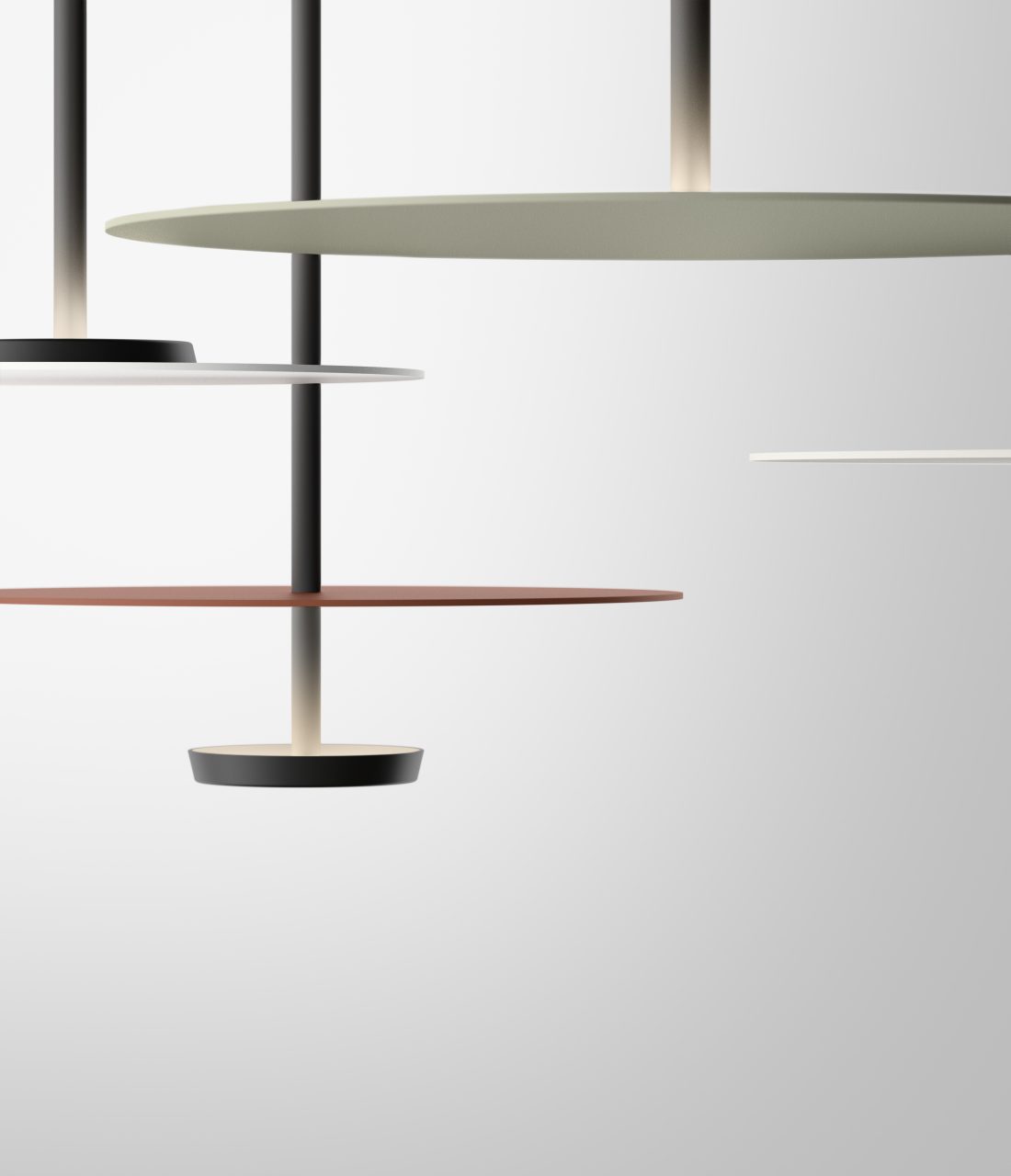 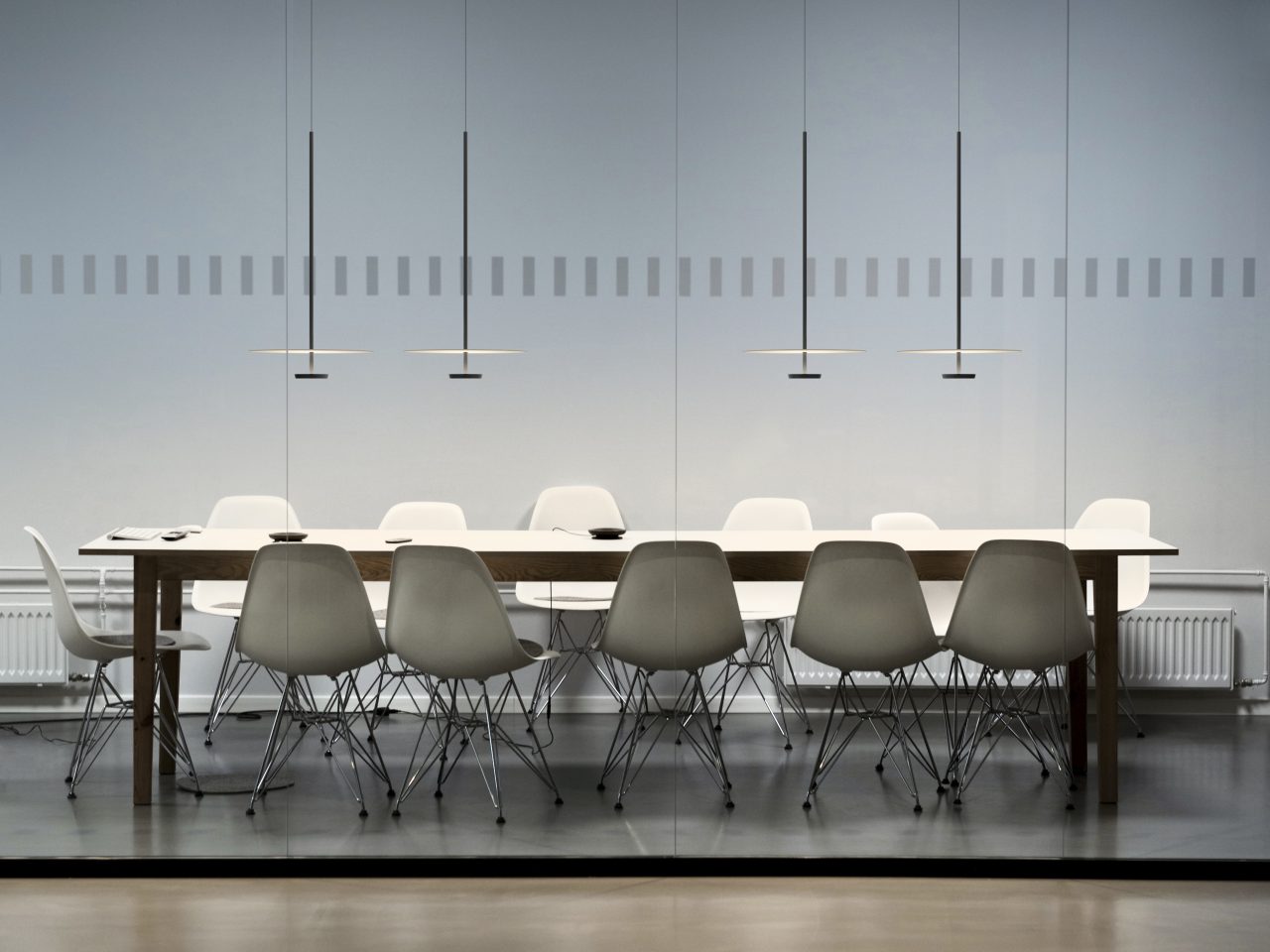 Pure and graphic, the award-winning Sticks collection by Arik Levy is characterised by glowing aluminium rods that rotate on their own axis, directing light precisely where needed.

The namesake sticks connect wall to wall, floor to wall, wall to ceiling, or from a ceiling into space. Its cutting-edge arrangements offer free expression in a toolkit for integrating light elements with attitude. 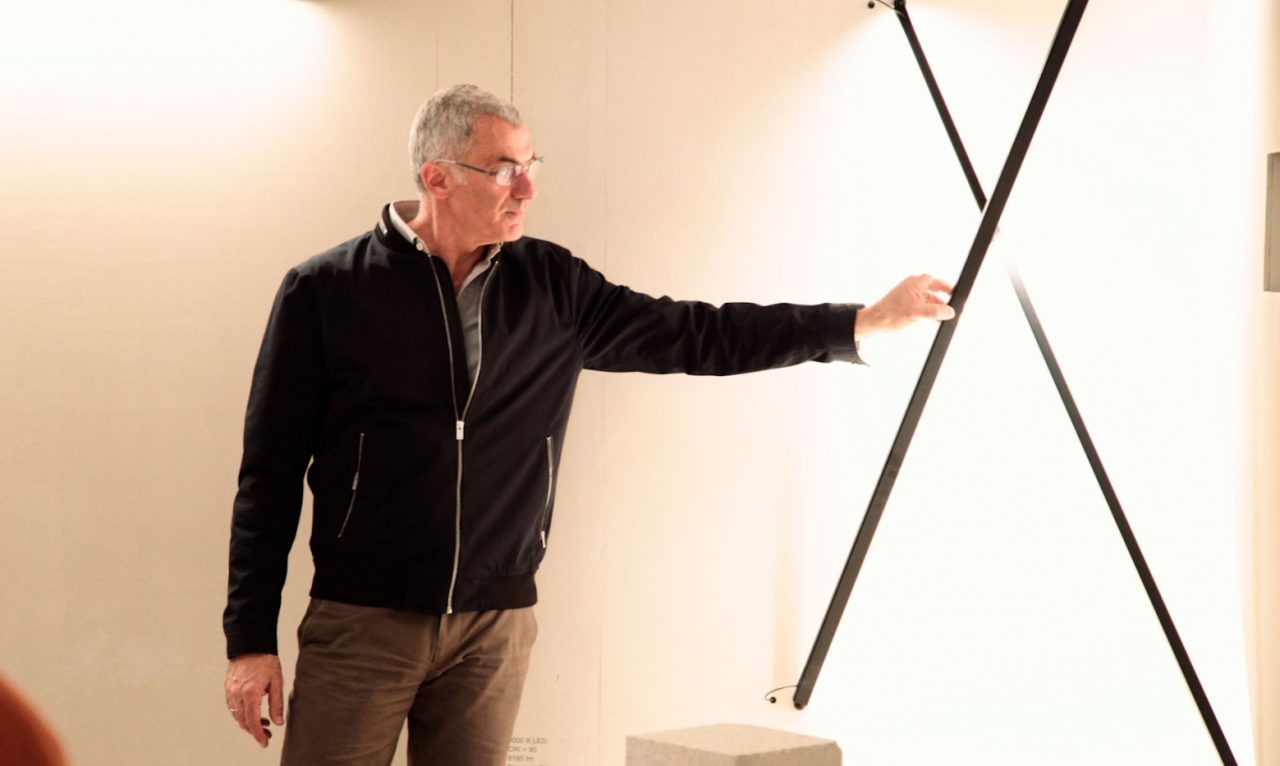 Levy was inspired by the idea of linking various parameters of a room, thereby fusing technology, light, and architecture.

‘It means we can stop thinking about a hanging light or a wall light or a floor light,’ he explains. ‘Sticks is about lighting space, which changes the perception of light and the way a fixture behaves in space – it’s more like a sculpture instead of a wired element.’ 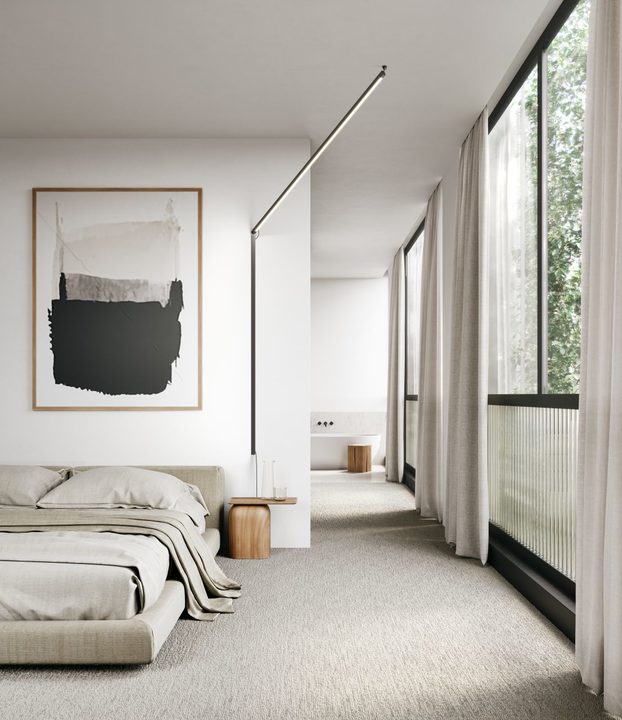 The designer aimed for a rigorously pared-down profile, yet one that contains all the necessary elements. ‘It barely exists. The only thing that exists is the light itself.’

Through its minimalist form and the focused illumination it generates, it creates and disrupts architectural planes, transforming linear light into an abstract art installation.

Critical to Sticks’ design is the ability to rotate the poles, allowing endless flexibility and brightening dead zones. 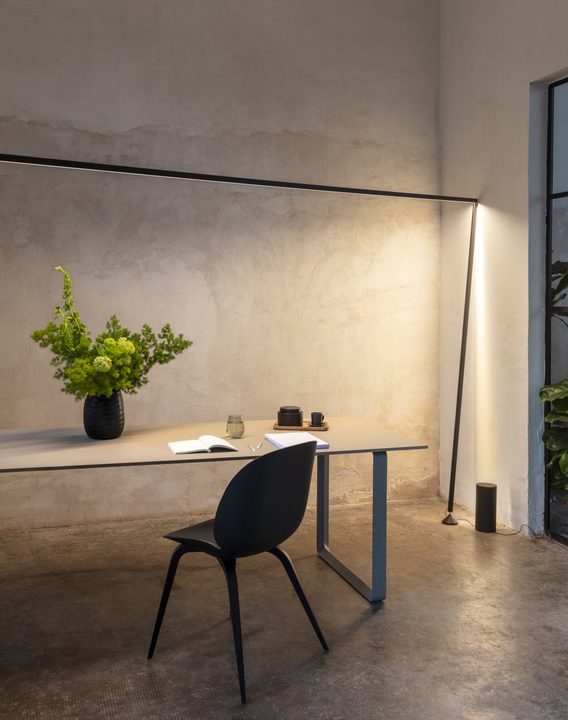 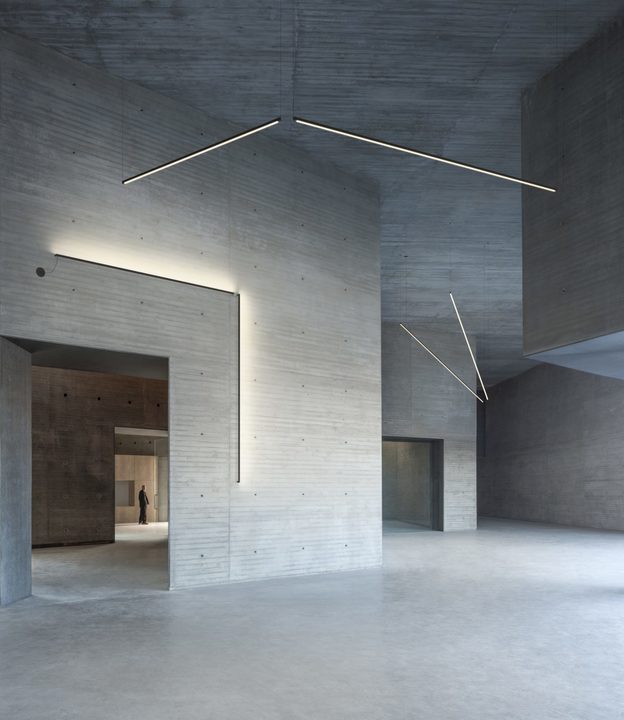 ‘Before Sticks, you couldn’t bring light to a specific corner, and orient it 5.7 degrees to the left,’ says Levy. ‘We couldn’t place light horizontally and control the light emission. Now we can. And we can change it at any given moment with no tools.’

Levy likens Sticks to an adjustable laser beam and calls it ‘the only system that adapts to the user rather than the user adapting to the system.’ 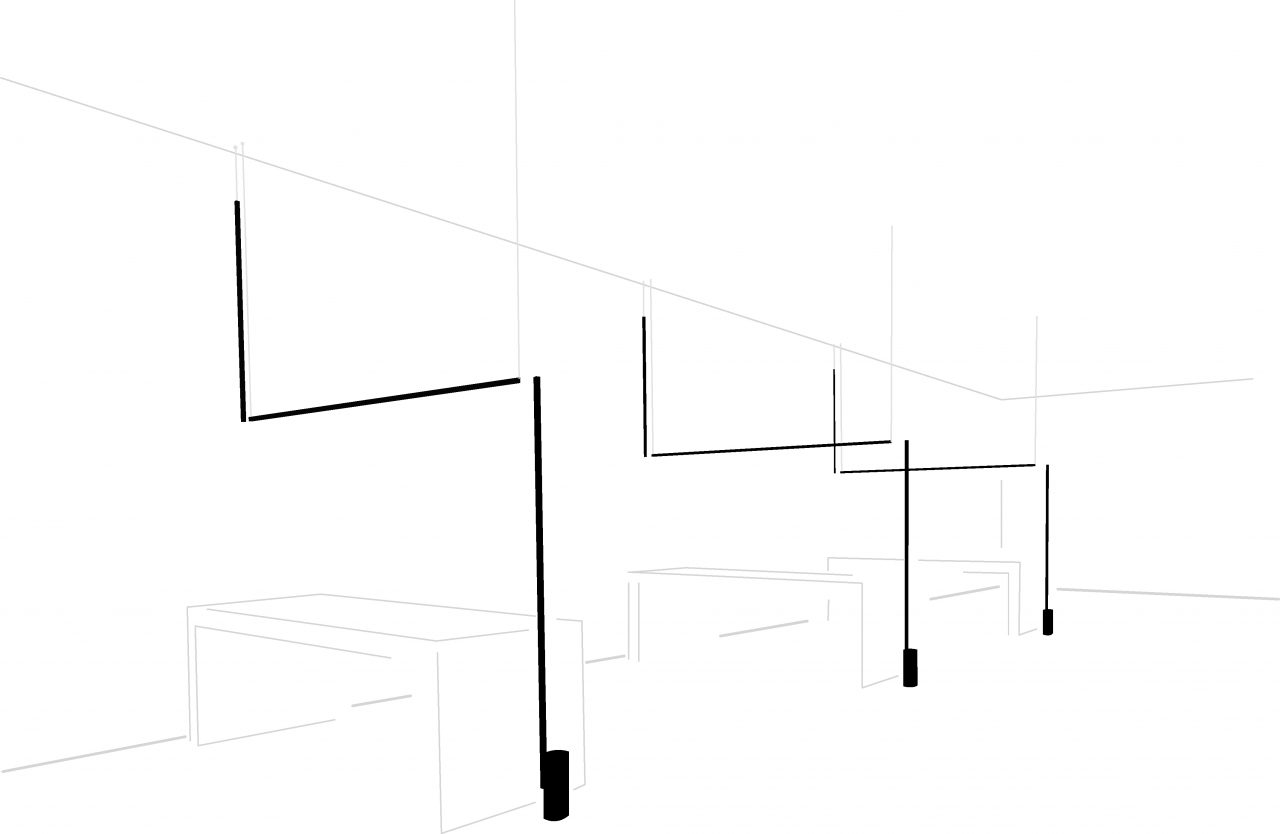 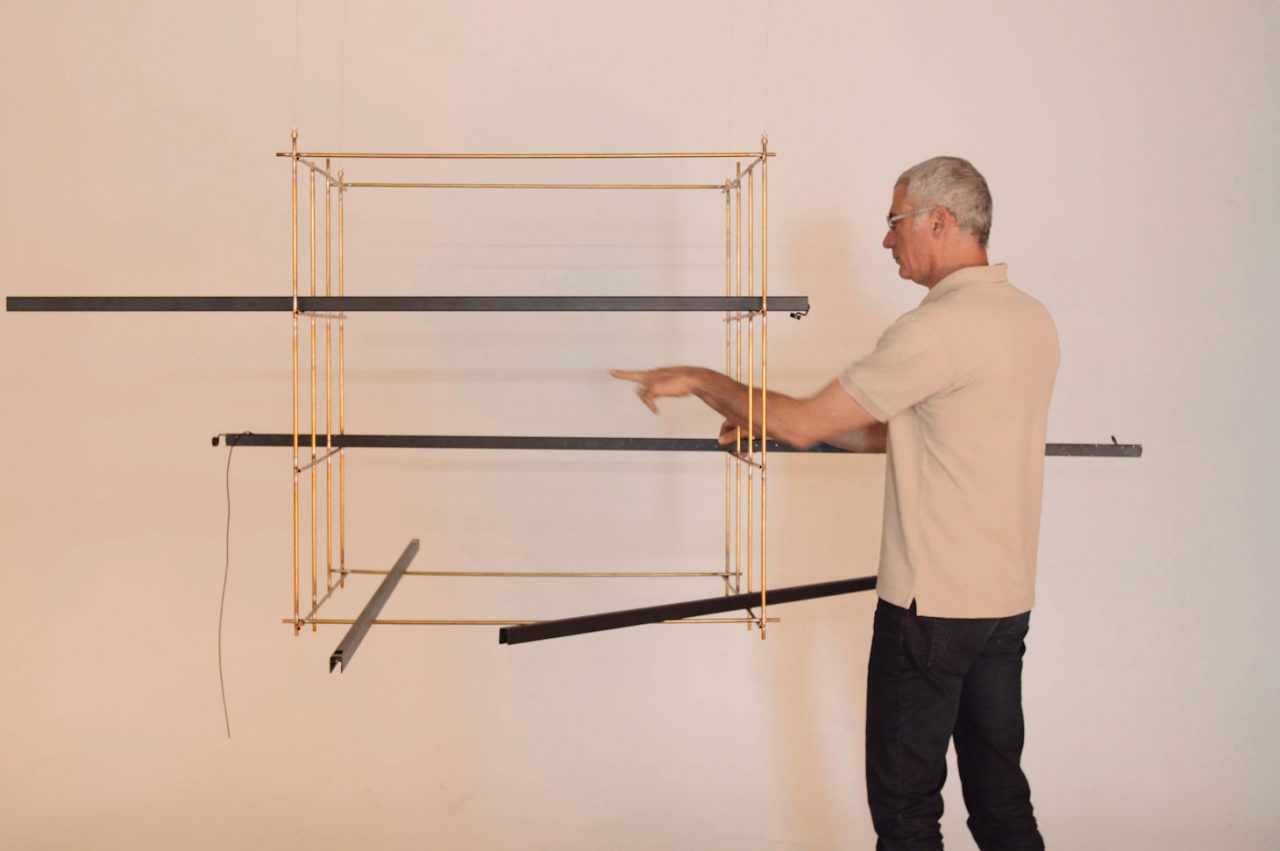 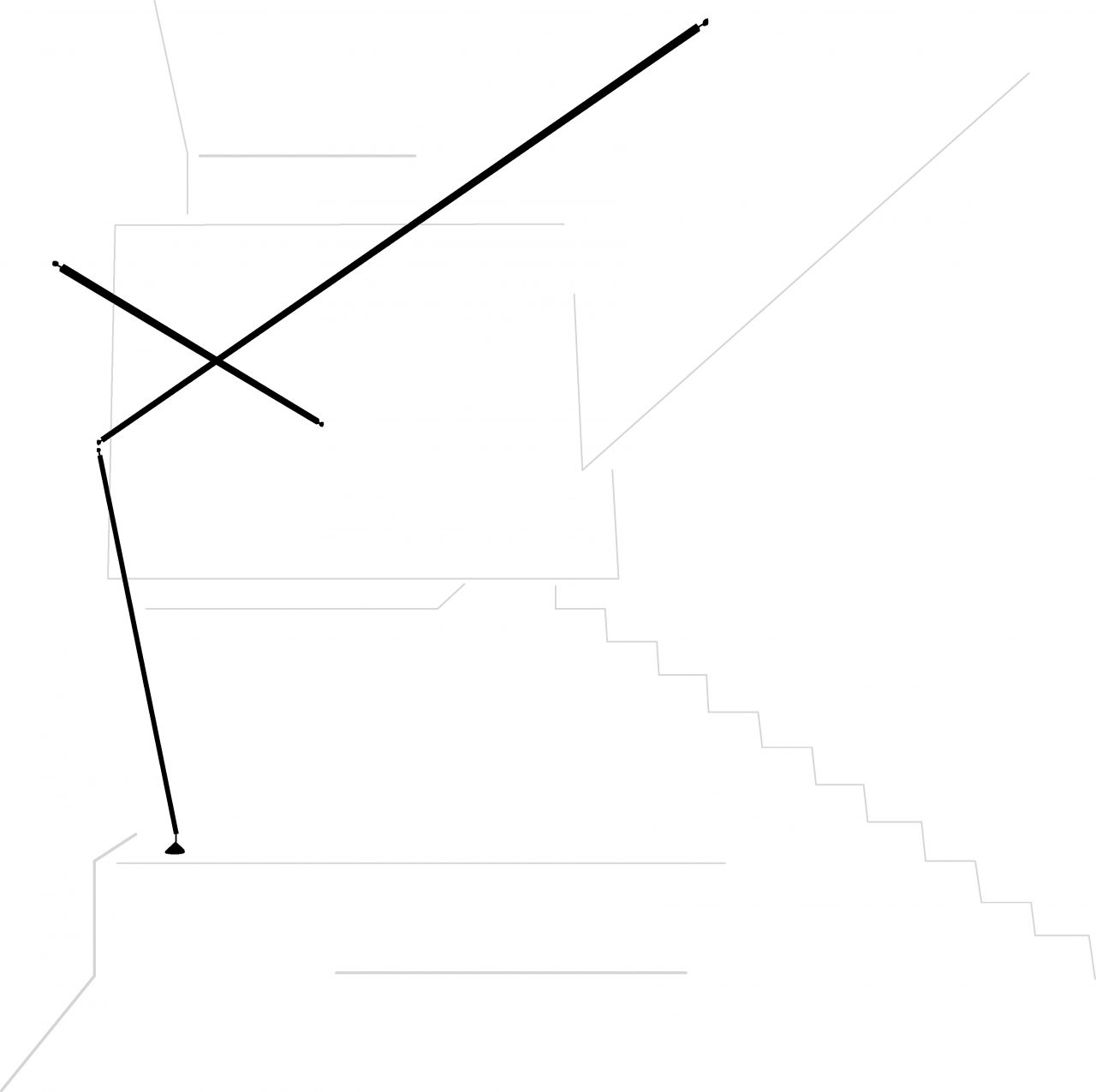 Designed by Martín Azúa, the LED-powered Dots collection delivers outsized impact in the form of diminutive cylinders. Its namesake circular shapes trace individual points of light along a wall in a glowing melody that evokes a composition of musical notes in concert with another. 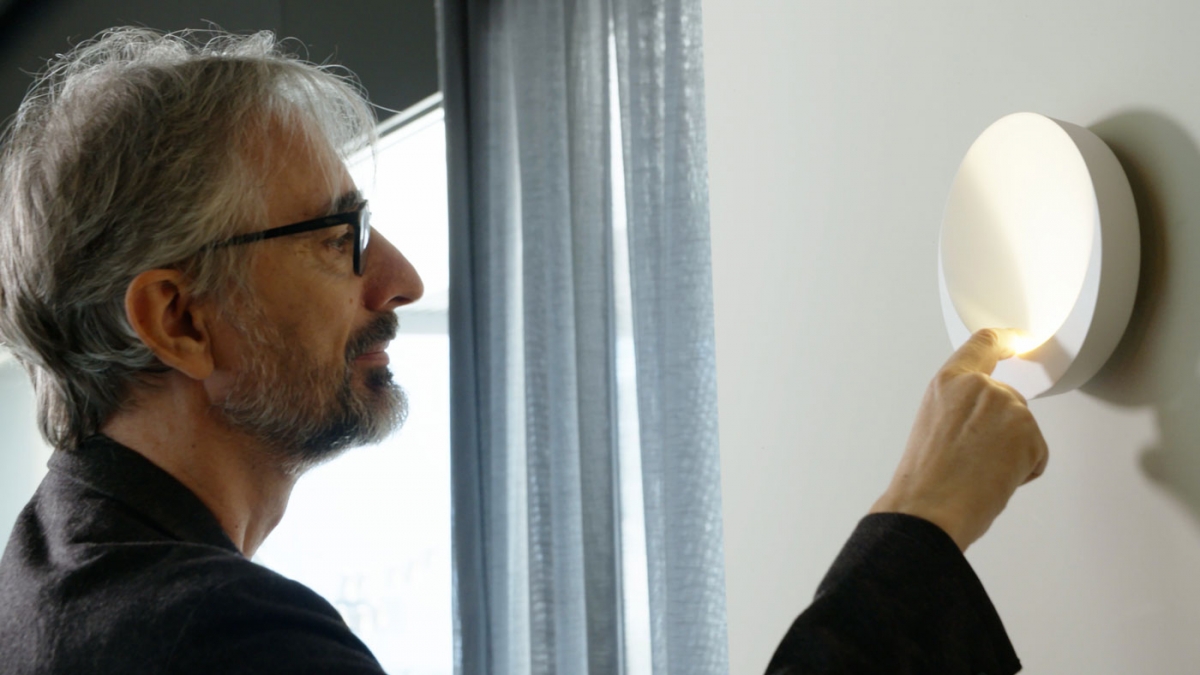 Azúa’s inspiration derived from the idea of a planetarium. His early sketches for the collection – circular shapes drawn on a dark wall – resembled an interstellar galaxy, a concept he developed with Dots. With its landscape of beams and halos, the sconces create an intimate, illuminated universe that connects a space. 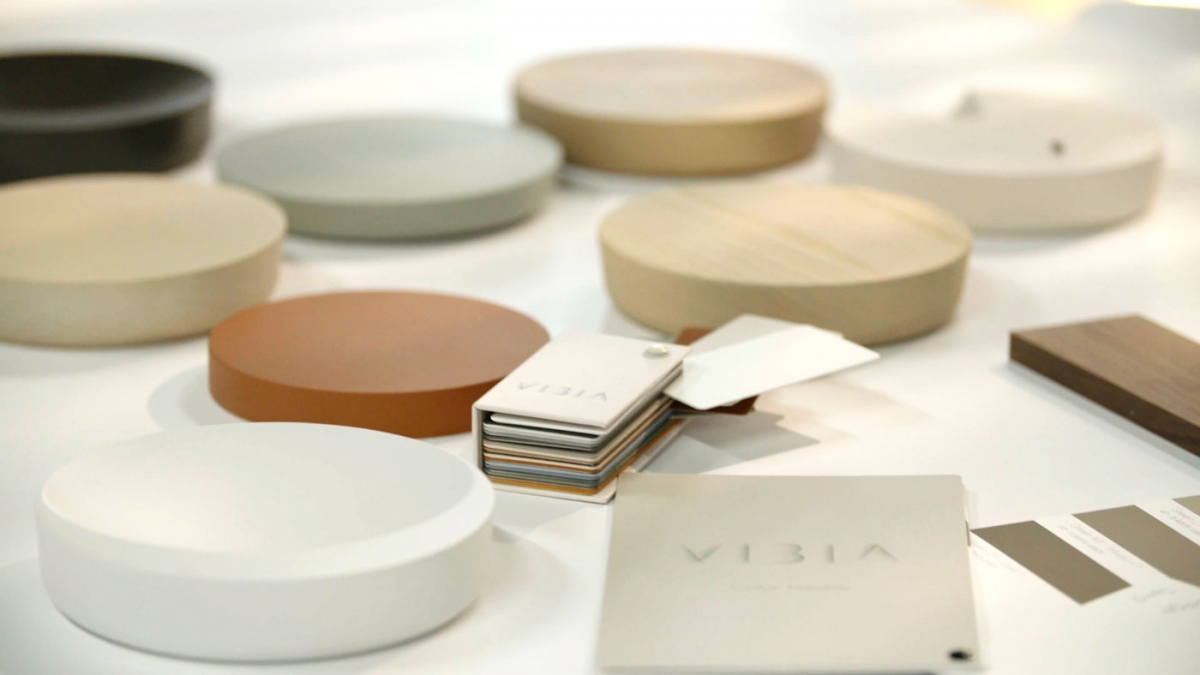 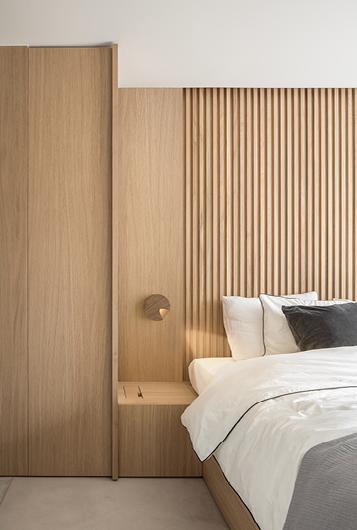 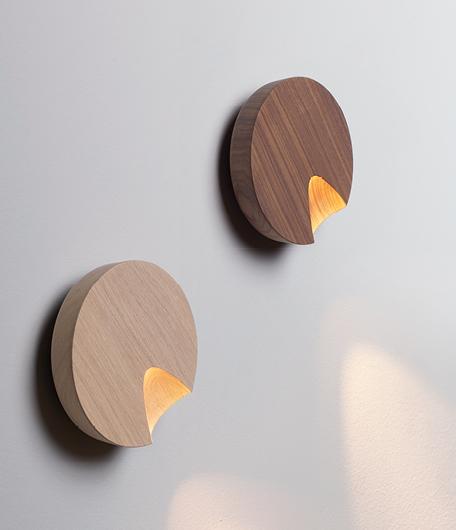 Azúa also aimed for diversity with Dots, producing a versatile lighting system available in four versions. Each version features a unique cone cut-out that generates endless effects ranging from a spotlight to a perimeter halo. Deployed alone like a sparkling jewel or in a group like a glowing galaxy, his design represents a departure from staid sconces with its fresh, playful feel that encourages experimentation.

Another departure from standard wall lamps is Dots’ choice of materials and finishes. It comes in solid wood or a range of lacquered finishes to further distinguish the simple forms, while providing additional personalised features. 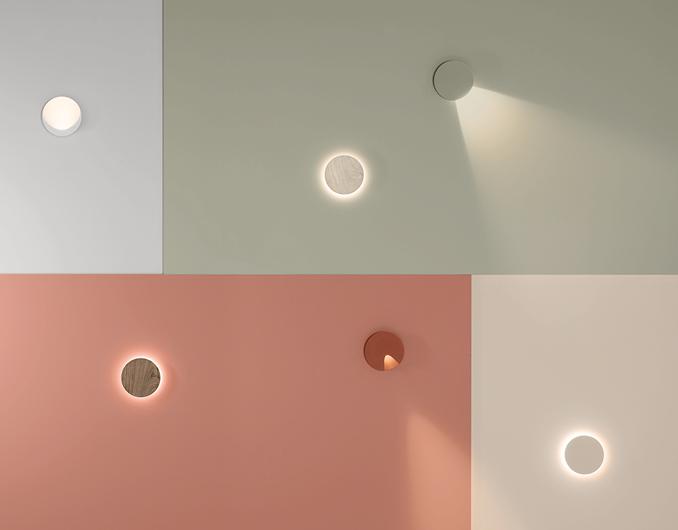