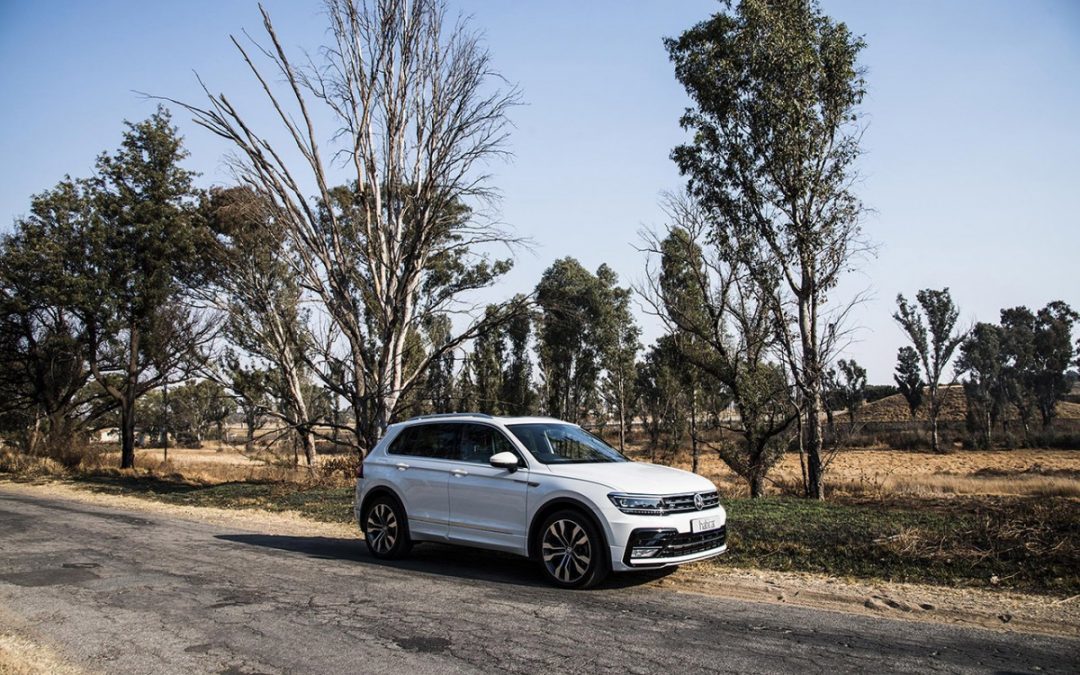 Volkswagen has added three diesel engines and one petrol engine into the new Tiguan model line-up. At launch, the new Tiguan was only available in two 1.4 TSI engines (92kW and 110kW). 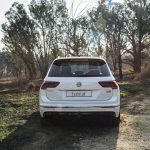 All-wheel drive is a key feature for many Tiguan customers. The new high efficient 4MOTION all-wheel drive system has enhanced the off-road capabilities of the new Tiguan. Offering great grip on the roughest roads and in the worst weather, 4MOTION constantly monitors driving conditions and reacts to the slightest wheel slip, delivering extra traction to the wheels with the most grip. All this happens in milliseconds, through control units linked to the car’s dynamic sensors, engine management system and gearbox. At the heart of the system is an inter-axle differential – a fifth generation Haldex coupling – which shares power between the front and rear axle, sending it where it’s most needed. At the same time, the smaller differences in rotational speed when cornering or manoeuvring have to be balanced to stop torsional stresses in the drive train. The differential is designed to work with the car’s other active safety systems such as the anti-lock braking system (ABS) and the electronic stability programme (ESP). 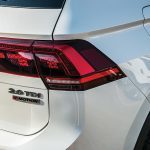 The ground clearance of all Tiguan 4MOTION versions is 10 mm higher ( 201 mm instead of 191 mm). In addition, the Tiguan can be ordered with an ‘Off-road’ package with a special off-road front end that provides an approach angle of 25.6 degrees instead of the usual 18.3 degrees. The departure angle at the rear is 24.7 degrees for all versions, while the ramp angle is 20 degrees. Regardless of whether the vehicle has an on-road or off-road front end design, the new Tiguan is engineered for very large trailer loads of up to 2 200 kgs – depending on engine/gearbox choice.

New on this generation of Tiguan is the high-spec 4MOTION Active Control. The intuitively operated rotary/push-button switch is located on the centre console and allows the driver to activate one of four driving modes. When the driver turns the switch to the left one of the two road profiles: ‘Onroad’ or ‘Snow’ is activated. When the switch is turned to the right, the driver selects one of the two off-road profiles: ‘Offroad’ (automatic setting of off-road parameters) or ‘Offroad Individual’ (variable settings). When driving off-road, 4MOTION Active Control lets drivers switch the assistance systems in seconds with a single manual operation. 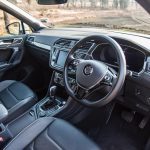 Off-road, the new Tiguan is nothing short of a confident trailblazer. The electronic accelerator pedal can be metered precisely as the intelligence of the dual clutch gearbox allows it to upshift later. The driver can avoid mandatory shifts by changing gears via the tip gate (+/-); this also facilitates engine braking. In this case “automatic freewheeling” is deactivated, which is decoupling of the engine to make use of the kinetic energy of coasting. Traction control (ASR) governs engine speed and simultaneously manages traction and driving stability. In parallel, the steering system and adaptive damper control switch over to a suitable driving profile. Electronic Stability Control (ESC) activates the Offroad characteristic, and the driver assistance systems for hill ascent and descent come into play. In addition, the dynamic cornering lights open up a brighter and wider light pattern near the car.

The 2.0 TDI with 81kW power output is the base engine of the diesel range. The four-cylinder common rail diesel engine has 280 Nm of torque that is available between 3000 and 4500 rpm. The combined fuel consumption is 5.2 litres per 100 kilometers. The engine is only available with a six speed manual transmission. 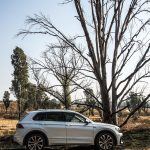 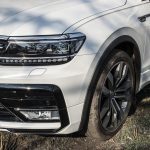 The range topping 162kW 2.0 TSI engine joins the two 1.4 TSI engines (92kW and 110kW) that were available at launch. The high powered 162kW engine has a maximum torque of 350 Nm available from a low 1500 rpm. The 0-100km/h sprint is achieved in 6.5 seconds and it has a top speed of 220km/h. It is available with 7-speed DSG transmission. The engine is fitted with BlueMotion Technology which includes Stop/Start and battery regeneration systems to enhance fuel economy. The combined fuel economy is a respectable 7.8 litres per 100 kilometres. 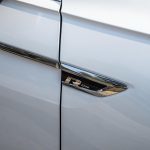