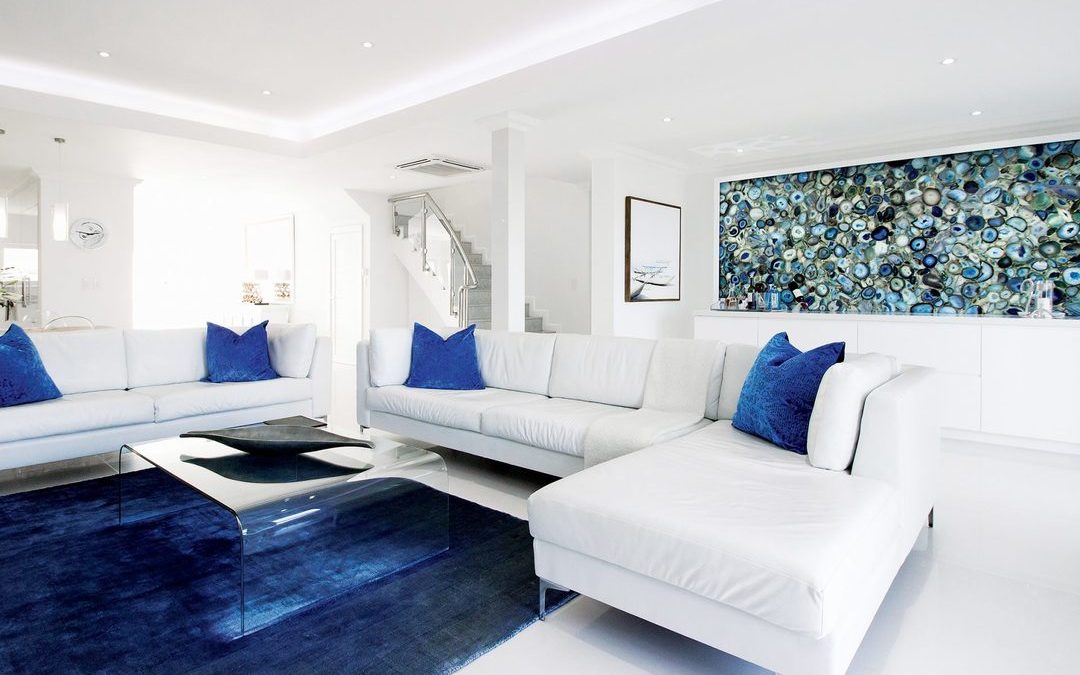 The owner had always wanted to build his own house. However, in the interim, he decided to downsize to an existing apartment, which he would renovate as a holiday home. He insisted that he should be the decider on the finishes and began by completely gutting the entire space; the apartment was built 12 years ago, and in revamping it the original architecture was not referenced. 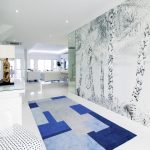 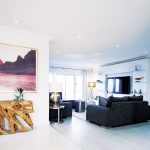 A mix of modern and natural components includes the stainless steel side tables and aged teak root elements used throughout. 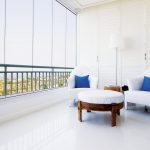 An antique Indian grinder works as an ottoman

He recalls: ‘We removed every tile, fixture and fitting – stripping the interior completely – to subsequently refit and refurbish. I used an engineer to design the closure of the double volume sitting room so that we could have a private lounge on the upper floor. This was the major structural alteration.’

Says the interior designer: ‘Our brief was to create a crisp, modern apartment with clear references to minimalist island-style living. 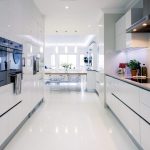 Caesarstone is used as a design denominator throughout, successfully integrating the interior. 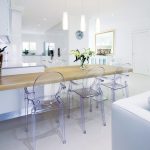 This light-filled space is truly multipurpose and the kitchen / dining area adjoins the sitting room and terrace.

‘Prerequisites included a high gloss, white Niemann Board kitchen with a timber nook table. We were presented with a white shell – white walls and ceilings and a white Caesarstone floor. What was required was a contemporary look, simple and without clutter.

‘The main task was to keep the use of colour and pattern to a minimum, e.g. white with splashes of ice white, with an emphasis on one focal point: the massive agate sheet, which we used as a backdrop to the Miami-style bar. We designed the access to the lighting, which is behind the agate panel, so that the light source emanating is diffused, creating a pleasant glow rather than a series of overly bright bands of light.’ 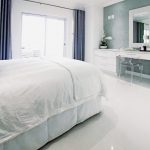 The white-on-white theme continues in the bedroom and bathroom augmented by plentiful natural light. 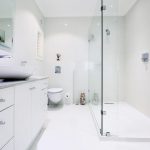