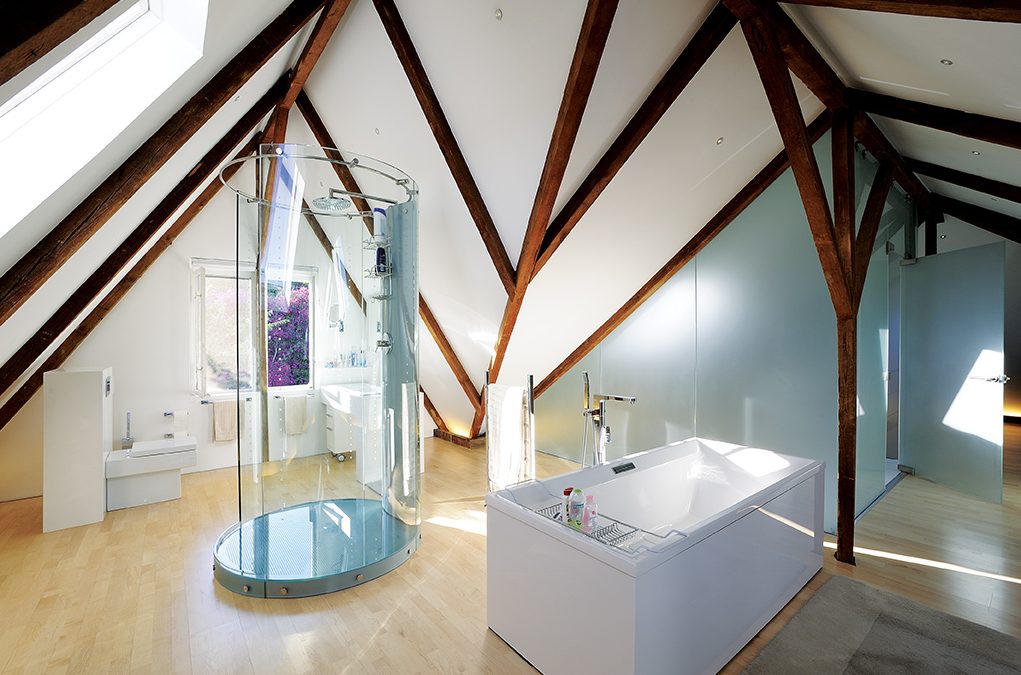 Jaco Wasserfall, architect / owner of this iconic building says: ‘I had admired this old villa as a child when cycling past it on my way to school, often wondering why nobody bothered looking after it. Little did I realise that, in the then distant future, I would become the proud owner of this wonderful house.’ 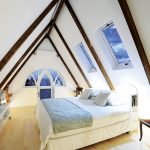 An imposing landmark heritage building dating back to 1907, Villa Wasserfall is sited on the western slope of a steep hill overlooking the Windhoek CBD. Schanzenhügel – as this area was referred to at the time – was known for its impressive villas designed by architect / builder Otto Busch. Today it’s a historical district with some 20 listed buildings typified by its vulnerable residential scale and use of patterns. Representing a building prototype quite distinct from other dwellings of the same era, these stately old German villas are the only remaining examples of their kind in the city. The house area is 411 square metres with verandah and balconies of 42 square metres. Outbuildings and an office add a further 390 square metres. 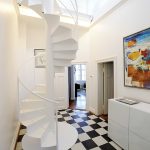 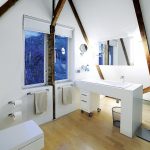 Bathrooms / Sanware by: Geberit and Duravit.

The villa had been subdivided into three separate living units and was in a woeful state of disrepair when acquired by architects Jaco and Christel Wasserfall in 1993. They have been lovingly restoring and altering it ever since to satisfy their lifestyle and the needs of their family; a piecemeal process this, largely dictated by budget.

From an architectural point of view, Villa Wasserfall tells a story of incremental design intervention resulting in a unique imprint that otherwise would have been lost. While the exterior and unique features were largely preserved in accordance with its listed status, the rich layering of history and time was celebrated in acknowledgement of its colonial roots and the ad hoc manner in which previous owners had responded in adapting it to comply with changing needs over time. 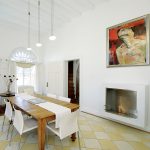 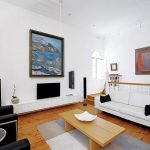 By contrast, internally the intervention was more profound: the introverted plan of the house was reconfigured and opened up with new external living areas linking it to the garden. The minimalist all-white interior with its high ceilings was used as a neutral backdrop for an eclectic blend of old and new furniture and decorations. As the years passed, the architectural interventions became more overtly modern, intensifying the pursuit of juxtaposing old and new.