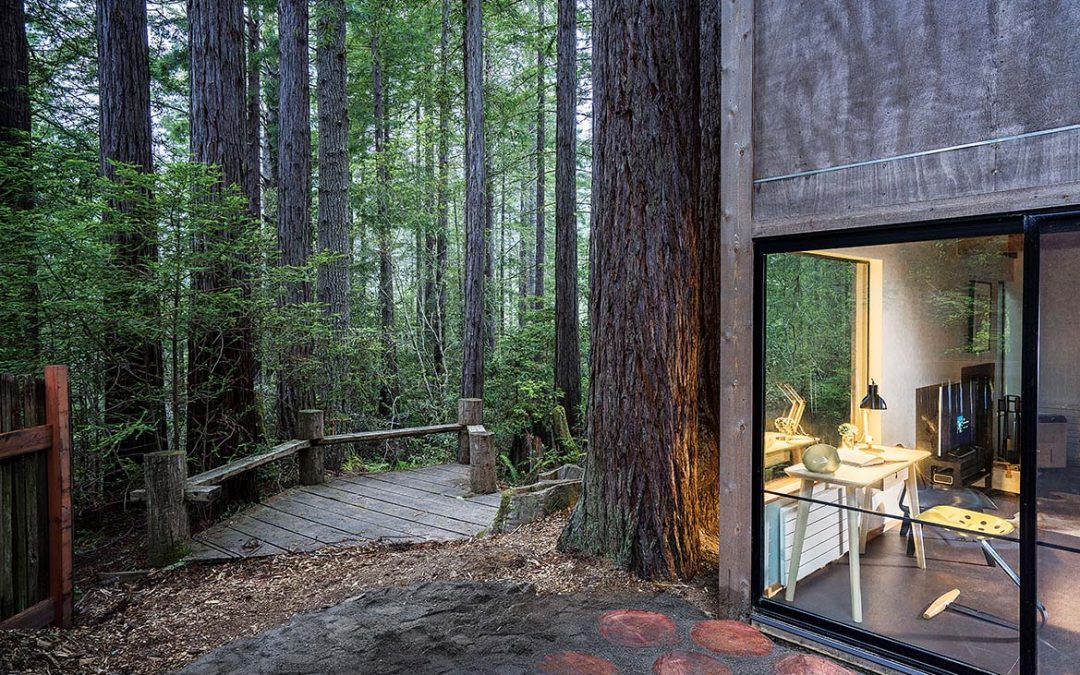 The Sea Ranch is a planned, unincorporated community and census-designated area located in Sonoma County, California near San Francisco. It’s a popular vacation spot where the community’s development played a role in the establishment of the California Coastal Commission. 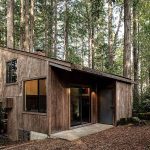 It’s apt to mention the founders’ rationale behind this unique development: ‘It must be assumed that all owners of property within the Sea Ranch – by virtue of their purchase of such property – are motivated by the character of the natural environment in which their property is located, and accept, for and among themselves, the principle that the development and use of the Sea Ranch must preserve that character for its present and future enjoyment by other owners.’ 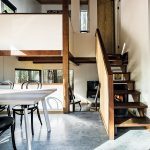 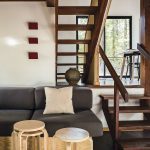 What makes Sea Ranch so unique was the mindset of the developers. Rather than pack as many properties as possible onto this site, they rather wished to restore the terrain and build a community of like-minded, conservation-focused residents who would act as custodians for the land, help heal the grass starved terraces, wind burnt hedgerows, crumbling cliffs and tangled / matted forests. They recruited landscape architect Lawrence Halprin to develop a master plan and create design guidelines. 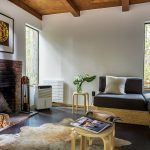 Sited in the lush redwoods forest of the Sea Ranch, this cabin is one of a series of Demonstration Homes commissioned by that original developer. Designed by San Francisco Bay Area architect Joseph Esherick in 1968, this compact structure was intended to exemplify how the Sea Ranch design guidelines could be used to build a well designed, low-cost weekend cabin. The cabins minimal footprint consists of three levels, which open onto one another forming a loft-like space. 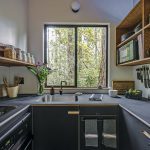 Because of their elemental layout and small size, few of these homes remain in their original state, but   Framestudio’s design team recognised this cabin’s historic importance. They sought to achieve balance by preserving the heritage fabric, while making alterations and updates to meet the practical needs of the new owners. A fully functional kitchen, the capacity to sleep six and securable storage areas were among the priorities.

The designers developed a scheme which restored many of the original details; hallmarks of Esherick’s signature, using wood which had been reclaimed from alterations not original to the design. New interventions were conceived to contrast in tone from the original framework of the structure, but constructed from materials suitable to its historic status.

The home is managed by Vacasa and can be booked online https://www.vacasa.com/unit.php?UnitID=9179